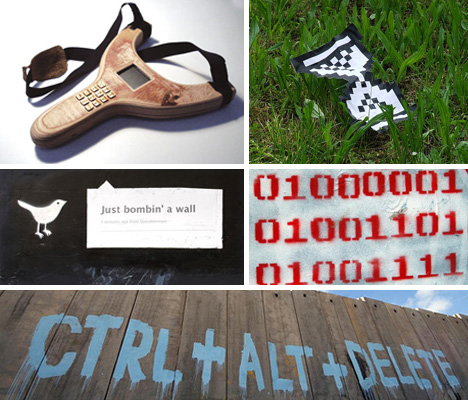 Geeks may rule the internet, but do they rule the world? To take a look at some modern graffiti, one might think so. Plenty of street art has begun to take on a tech-inspired flavor, whether it’s graffiti that references geek culture or some new kind of gadget that makes tagging easier. These prime examples of geeky graffiti might make you think that geeks spend much more time outside than previously believed. 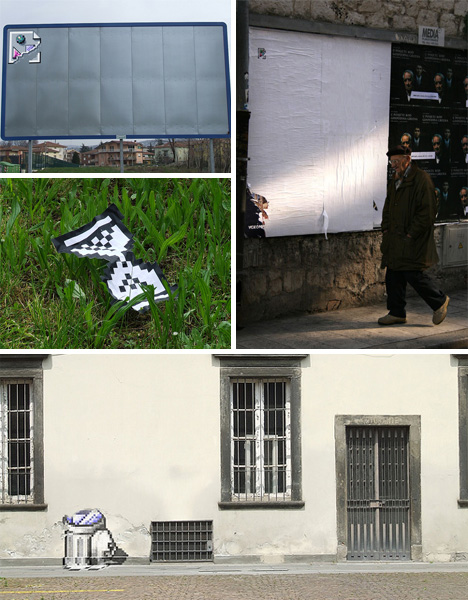 (images via: rebel:art and Wooster Collective)

What would happen if the familiar computer-based images we see every day actually made their way into real life? Would we see broken image links where billboards and signs used to be? Would we get rid of unwanted objects in a hilariously pixellated trash can? 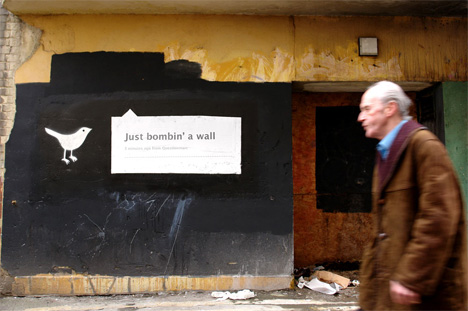 With the ubiquitous status updates hitting us from all angles at all times of the day, it was only a matter of time before they started spilling over into meatspace. This Twitter update lasted a month on its wall, according to its creator: Nottingham, UK artist Questionmarc.

In Berlin, graffiti has taken on some mighty interesting shapes. On the left, some operation is taking longer than expected and the dreaded 8-bit “wait” icon is prompting viewers to be patient while the world works on whatever is going to happen next. On the right, passers-by are tempted to zoom in on a wall containing a rather mundane sign (“keep exit clear night and day”). 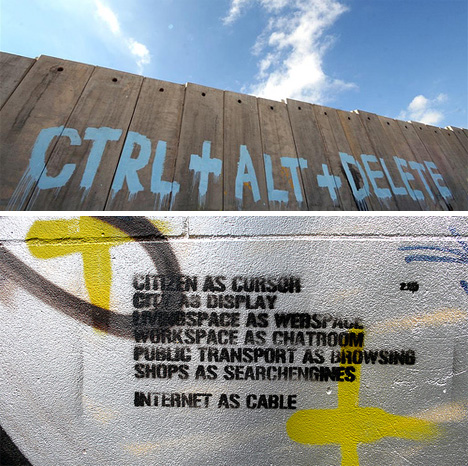 Geeks are famous (and somewhat disliked) for their love of inside jokes. They taunt the technology-illiterate with their hilarious (?) jokes told in dead programming languages, then wonder why no one invites them to the good parties. While these geek graffiti pieces do require some tech knowledge, they aren’t so obscure that “normal” people will simply roll their eyes and walk off. Far above, a huge “CTRL + ALT + DELETE” on the West Bank wall in Palestine is more a social commentary than a straight act of geek defiance. Above, a geeky little poem decorates a building in Brussels…but loses a bit of its meaning when translated here into digital form. 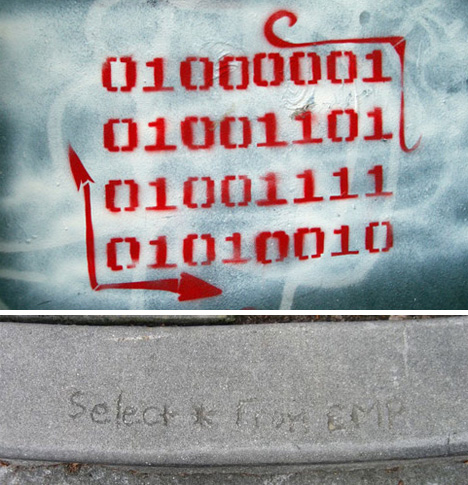 These pieces are graffiti that only a geek could love. Far above, “amor” (“love” in Spanish) is spelled out in binary. Is it a hidden courtship message from one robot to another? Or just a supremely geeky bit of public decoration in Barcelona? Just above, a bit of Silicon Valley graffiti reveals just how nerdy the population there is. On the Oracle campus, this line of code adorns a curb and makes Oracle developers shudder…not because it is scary, but because they have hammered out those characters on their keyboards countless times. 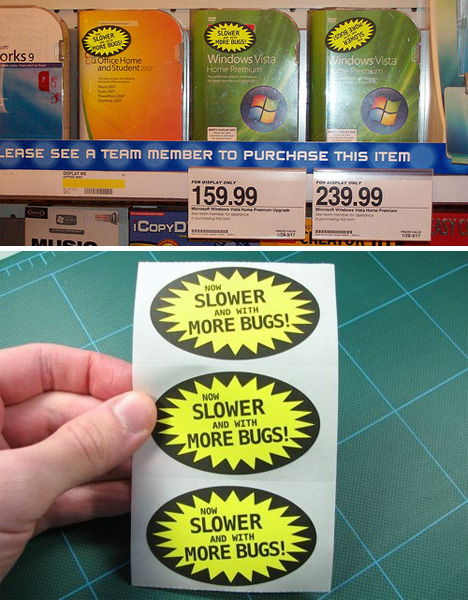 Many geeks and nerds have a long-standing contempt for all things Windows. They also have access to design software and high-quality printers, so this type of intervention shouldn’t come as a surprise, really. These particular stickers are sold by the Evil Mad Science shop and can be slapped onto any product that has undergone an “update” that proved to be anything but helpful…though we would never actually condone retail vandalism, of course. 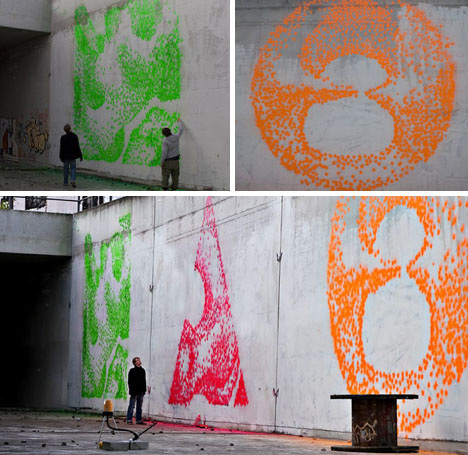 Tagging with cans of spray paint certainly has an old-school satisfaction to it, but if you want to get really futuristic about your street art you’ll find a high-tech way to paint the city. The above pieces were created with a portable robotic mural machine. It lobs paintballs at walls at over 100 miles per hour in pre-programmed patterns. When the balls hit the wall, they explode and create surprisingly sophisticated pictures. 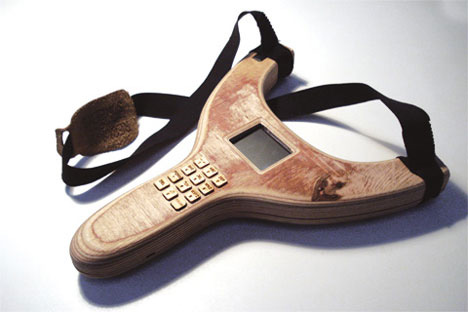 Using a deceptively simple-looking hand-held device, the SMSlingshot “shoots” user-generated text messages at walls and splatters them there like splotches of paint. The system is more complicated (and geeky) than it looks, involving lasers and projectors and all sorts of fun-looking gadgets. 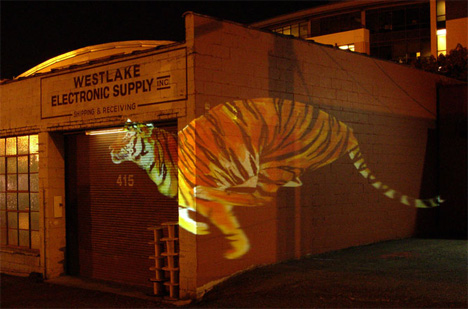 This running tiger is definitely one of the most amazing forms of temporary graffiti you’ll ever see. The image of the tiger is projected onto buildings from a moving car. The animal’s movements correspond to the car’s speed, giving it a shockingly realistic look as it races through streets and alleyways, mystifying onlookers.