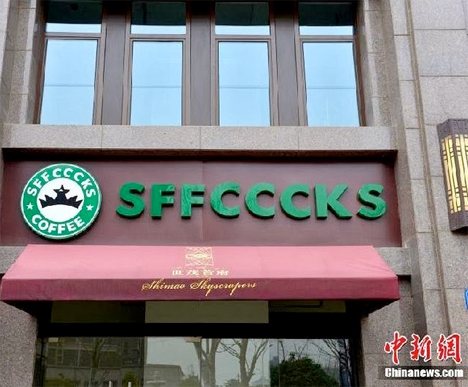 There’s something a little off about the highly recognizable logos splashed across this retail complex in the Chinese city of Wuxi: beside a round green & white approximation of the Starbucks logo, for example, green lettering spells out ‘SFFCCCKS OFFEE.’  Try saying that out loud. Zara has become ‘Zare’, and H&M is ‘H&N.’ These aren’t shops producing counterfeit versions of the goods offered by the real brands. They’re just facades. The entire building is actually vacant. 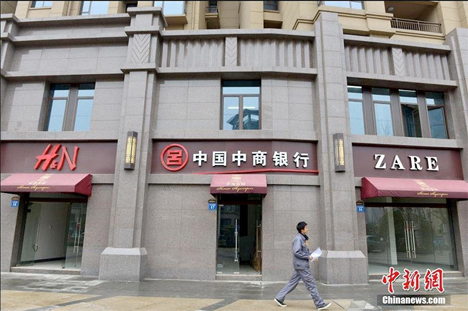 The shopping district has earned the name ‘Street of Fakes’ for these and many more fake high-end boutiques that look real from a distance, potentially luring in excited shoppers who approach an Apple store only to find that it’s ‘Appla,’ and the door is locked. 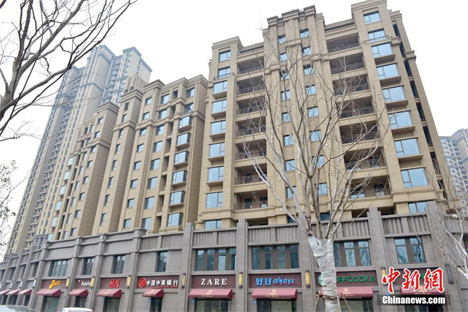 The signs were erected to appeal to potential property buyers, ostensibly by making the district feel more luxurious than it really is. There’s a good chance that some of the signs will have to come down, since they’re infringing on copyright laws. But in China, there really are counterfeit versions of all sorts of businesses that sell actual goods, like KFC ripoff ‘KLG.’ 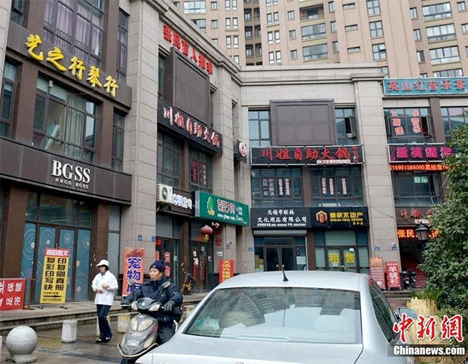 Property owners often get creative in their efforts to spruce up vacant shops. In North Tyenside, England, where more than 140 businesses closed up shop due to the flagging local economy, the council erected fake storefronts with murals that create an illusion of the real thing.