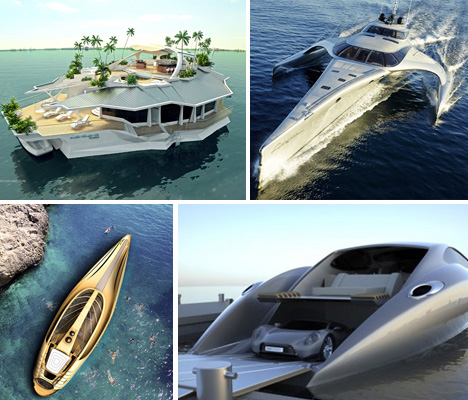 If you have a few hundred million in the bank (or just like to fantasize about it,) you’ll want to peruse this selection of superyachts decked out with retractible swimming pools, underwater karaoke suites, personal submarines and even supercars included as a ‘free gift.’ Or perhaps a massive yacht that doubles as a private artificial island complete with a water desalination system is more your speed. 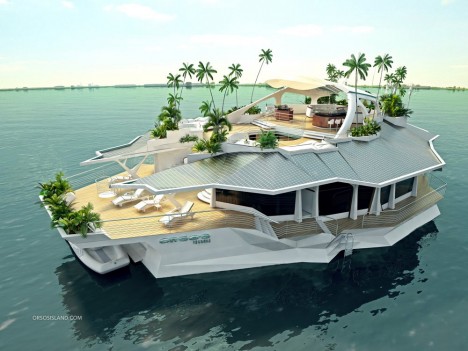 If you’ve got $6.5 million to spare, you can have your very own floating artificial island that can be anchored anywhere in the world. The ORSOS is a superyacht with 1,000 square meters of living space, including room to sleep 12, an underwater karaoke suite, a jacuzzi, sun loungers, a dining room and an aquarium. While it has two small diesel engines for cruising short distances, it has to be towed for long journeys.

Superyacht that Comes with a Free Supercar 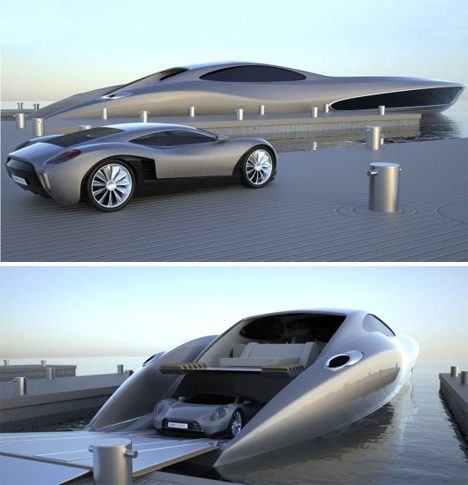 When you’re paying $25 million for a state-of-the-art superyacht powered by twin Rolls Royce engines, maybe it’s not so crazy to expect a free handcrafted supercar as a bonus. The Strand Craft 122 by Gray Design features an Art Deco interior, four double rooms, four large staterooms, a reception area and crew cabins and can go up to 50 knots, while the unnamed supercar achieves a top speed of 230 mph. 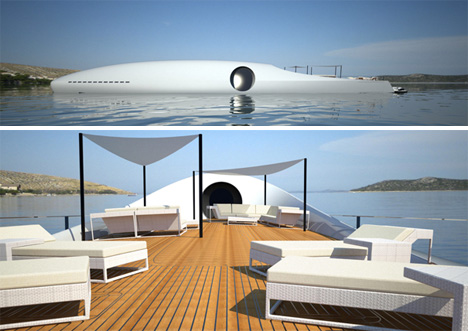 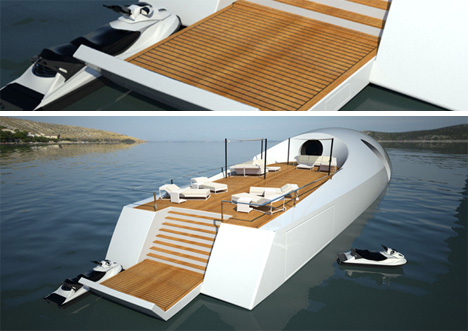 The U-101 Undersea Yacht is a submarine for pleasure cruising, with two levels of sun decks and an enormous interior, not to mention both a single-person jet ski and a smaller submarine for underwater exploration. 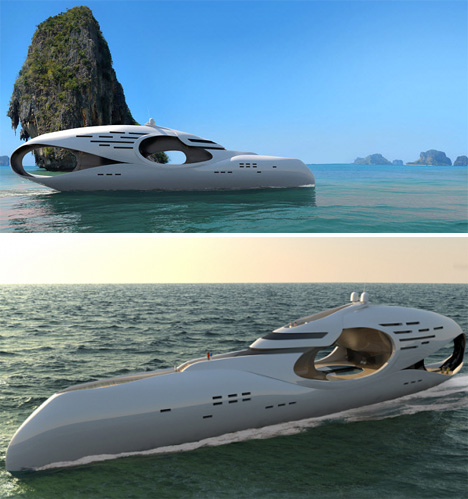 With its carved-out stern, the Infinitas by luxury boat designer Schöpfer Yachts looks like a bird skull skimming along the surface of the sea. The design inspiration actually comes from the symbol for infinity, which can be seen in the two large ‘eye’ openings from above. The 300-foot yacht has a pool deck, on-board elevator, helipad and glass-floored ‘sky bridge.’ 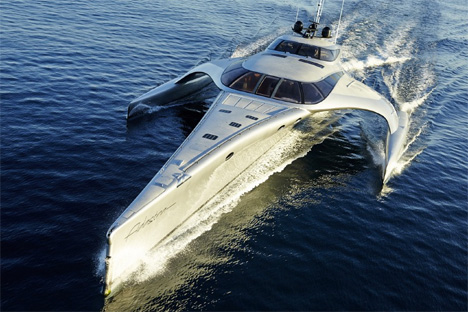 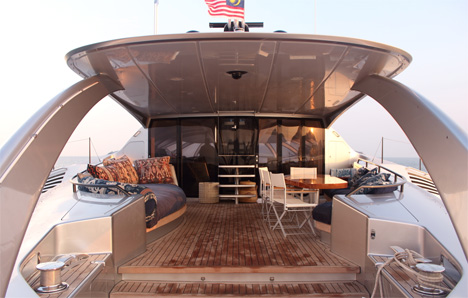 Designed for an experienced ocean voyaging billionaire couple and their family, the Adastra Yacht uses extraordinarily small amounts of fuel for a range of 4,000 miles. The three-hulled trimaran yacht reminiscent of a spaceship can be controlled remotely at the touch of an iPad and cost $15 million.