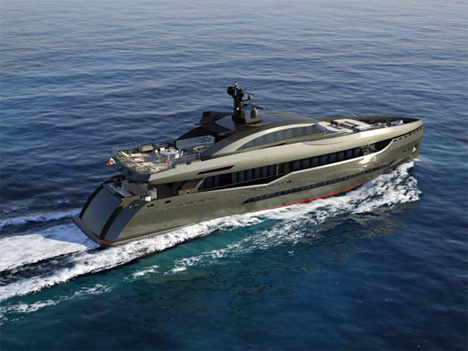 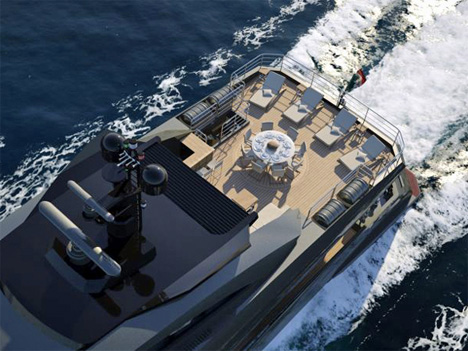 Reportedly the world’s most sustainable yacht, the Columbus Sport 130-foot Hybrid was designed to have the smallest possible impact on the environment. The ship can turn off its main engines and run on generators alone, and while that results in a slower speed, it drastically cuts fuel use. The aluminum body reduces the weight of the ship to cut fuel consumption even more, and it’s recyclable. The ship, which is currently being produced in Italy, has a range of 5,000 nautical miles. 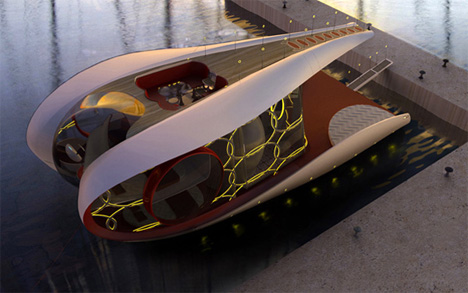 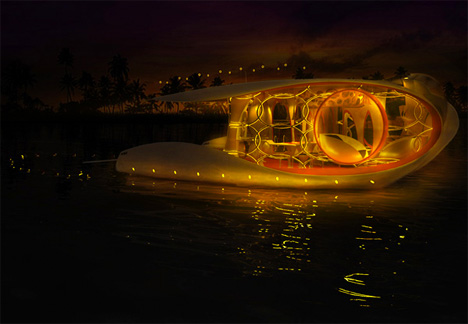 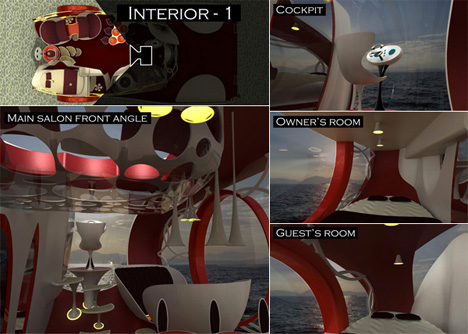 Another yacht challenging the conventions of contemporary yacht design, this ship by designer Hyun-Seok Kim won the 2011 ‘Dreamboat’ Millennium Yacht Design Award. Large glass panels create transparent walls on three sides, and the rest of the boat is made from plastic and fiberglass for light weight. 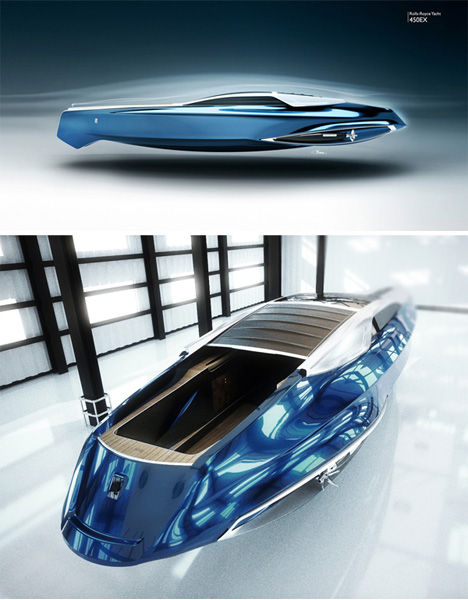 Created after designer Stefan Munro interned at Rolls Royce, this yacht inspired by the Phantom blends the luxury automaker’s iconic aesthetics with seafaring function. Inside and out, it’s every bit as stylish and luxurious as you’d expect a Rolls Royce to be. 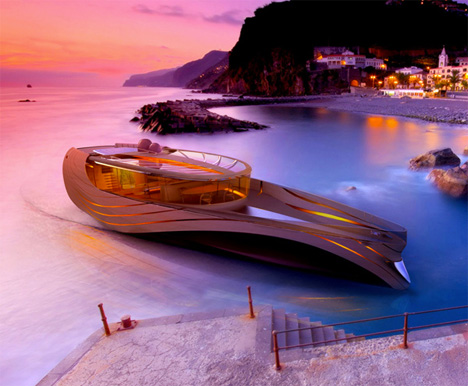 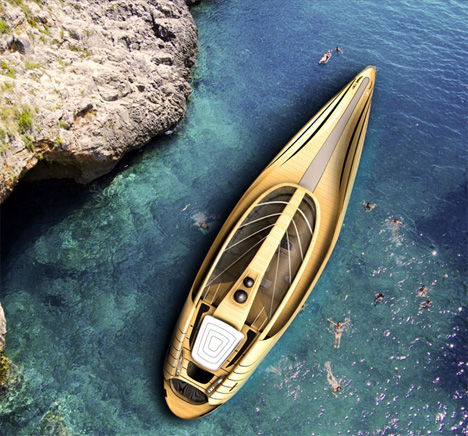 Organic curving wood certainly makes the Cronos yacht stand out from every other luxury watercraft in any given marina. Made of compressed waste bamboo, the wind- and solar-powered yacht concept is probably as low-impact as yachting could ever get. The engine room is even clad in Halite, a fabric that absorbs 15% of the room’s heat to convert it into electricity for the battery. 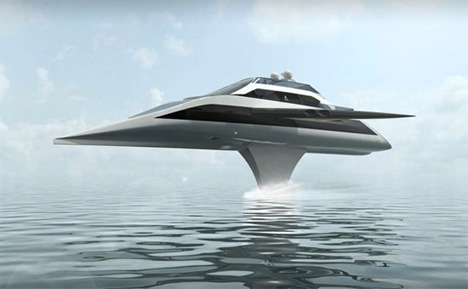 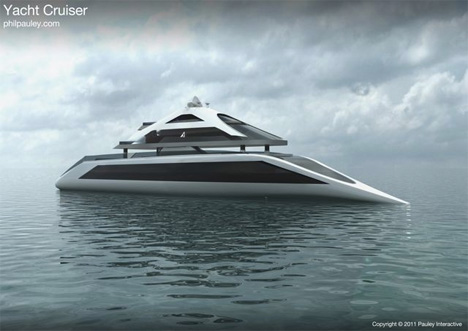 When you’ve plumbed every possible luxury that can be added to a luxury yacht, the ‘next level’ is flight – at least, according to this crazy concept by designer Phil Pauley. The 7-star ‘Cruiser’ series of boats can fly, submerge or extend upwards to add an extra deck. The Fly Cruiser theoretically sprouts wings at the push of a button, lifts off from the surface and flies at a speed of over 100 knots, but it’s not clear what technology would actually allow this transformation to work.