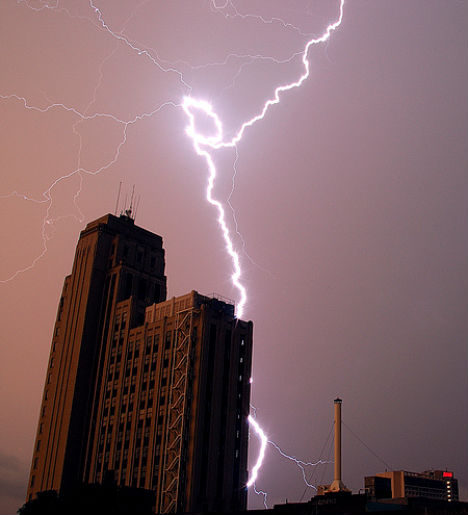 Bangkok’s skeletal ghosts of prosperity past aren’t the only super-tall structures left vacant for decades on end to deteriorate until they’re either heroically saved or razed to the ground. These 12 abandonments are among the tallest in the world and many bear historical significance for their respective cities, from San Francisco to Rio de Janeiro. Some are incomplete, others are in bankruptcy-induced limbo and a lucky few will soon get a new lease on life, but all of these dormant developments currently stand silent, empty and dripping with decay. 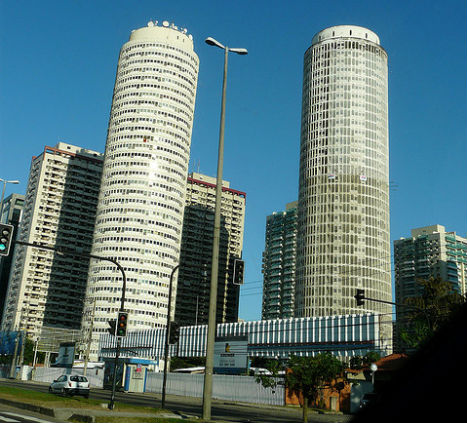 “Paradise exists: it is here!” That was the tagline for Barra, an affluent area of Rio de Janeiro, in the 1960s, and the oddly named Torre Abraham Lincoln was supposed to offer a new, luxurious form of urban living to Brazilian residents who could afford it. The 37-floor circular tower suffered not just from the failure of the prestigious urban island lifestyle concept (74 similar planned towers were never built) but a host of other issues and has stood empty ever since. In 2004, more than 300 people squatted in the tower to highlight its plight and a 2010 art project by two Dutch artists attempted the same, but the tower may be demolished in the lead-up to the 2016 Rio Olympics. 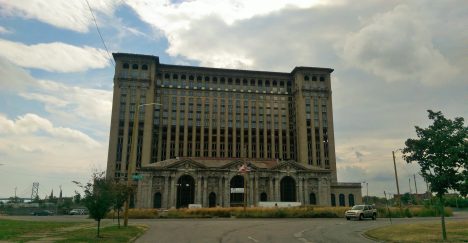 As one Detroit blogger puts it, “Nothing symbolizes Detroit’s grandiose rise and spectacular fall like Michigan Central Station. And no other building exemplifies just how much the automobile gave to Detroit – and how much it took away.” Once a thriving railroad hub, the 230-foot 1913 Beaux-Arts Classical style building was shut down in the ’80s and was nearly demolished in 2009 before a Detroit resident sued the city to stop demolition, citing the National Historic Preservation Act. 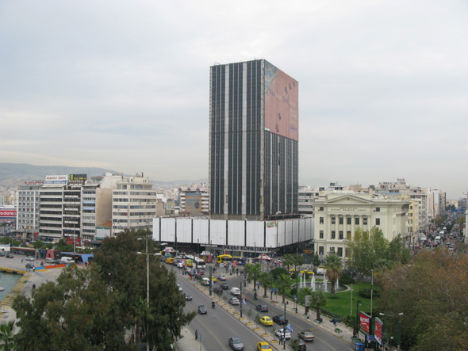 Athens may be known for its ruins, but tourists don’t exactly come to the area to get a look at urban architectural skeletons like the Piraeus Tower, an incomplete 24-story structure started in 1972. Residents of the city have generally never been fans of the tower’s unremarkable 1970s design, especially since it dominates the skyline. The first three floors were used for various purposes including a high school in the 1980s but its upper floors have never been occupied. The hulking husk of a building was the subject of a recent design competition seeking imaginative makeover ideas. 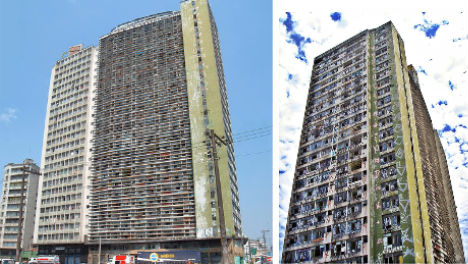 Referred to locally as a ‘vertical favela’ – high-rise slum – the Edificio Sao Vito in Sao Paulo, Brazil is undoubtedly an eyesore. Bearing none of the romance and gothic beauty of many other abandoned structures, this 27-story former residential building was evacuated in 2004 but has since been overtaken by squatters. Almost every inch of its exterior is covered in graffiti. 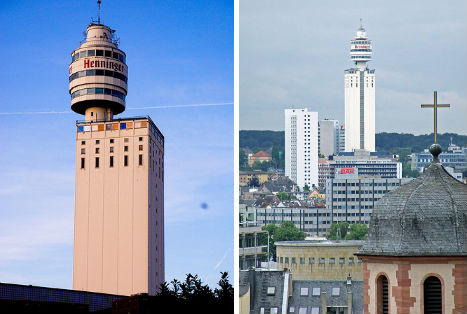 Built as a silo for Henninger Brewery in 1959, the Henninger Tower in Frankfurt, Germany could store 14,500 tons of grain but wasn’t used that way for long. It housed two revolving restaurants before it was closed down in 2002, and plans to demolish it were abandoned. Purchased by a developer in 2005, the 33-story tower was slated to be converted into residential towers, but it’s unclear whether those plans are still in motion. 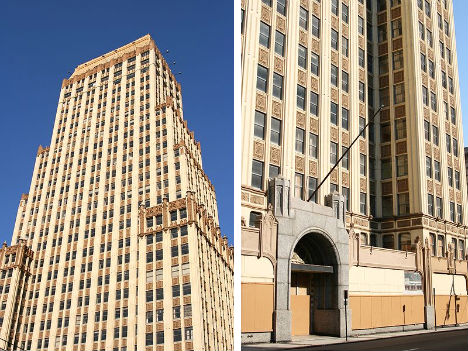 When it opened in 1930, the 29-floor Sterick Building of Memphis, Tennessee was the tallest building in the South. Once called “Queen of Memphis”, the tower is still beloved by architecture buffs though it was boarded up  in the 1980s.  Because it’s so old, has been empty so long and will likely involve sensitive environmental issues like asbestos, renovation may be difficult, but it seems destined to be a Memphis landmark for years to come – it was added to the National Register of Historic Places. 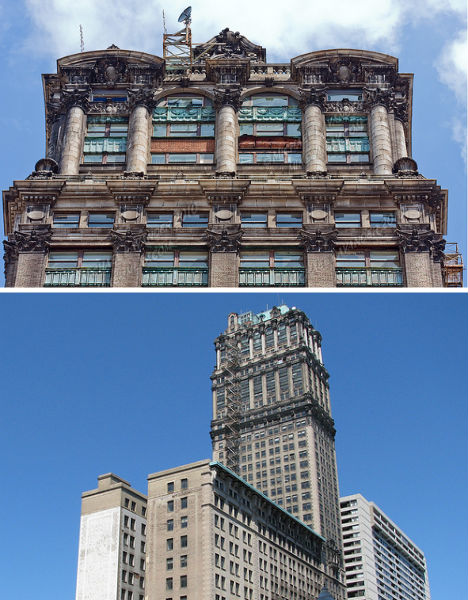 Book Tower is just one of many empty structures adding to Detroit’s growing reputation as a lost city. 38 stories tall, the intricate Italian Renaissance-style stone-faced tower with a verdigris copper roof was actually the smaller of two planned Book Towers; plans for an 81-story sibling were axed during the Great Depression. Financial turmoil led to evictions and though the tower is currently unused, the Detroit City Council’s Green Task Force announced in 2009 that the tower will be turned into an eco-friendly complex of 260 residences. 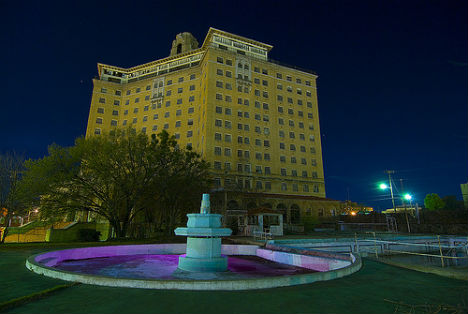 While not the tallest building on the list, the Baker Hotel is definitely a massive abandonment, a 450-room luxury hotel that once housed Hollywood stars seeking rejuvenation at the town of Mineral Wells, Texas’ namesake ‘healing’ waters. Closed for good in 1972 after a long decline, the hotel has been the subject of many a ghost story. But there’s life yet in the historic building, and an Austin-based hotelier purchased it in 2010 with hopes of restoring its former glory. 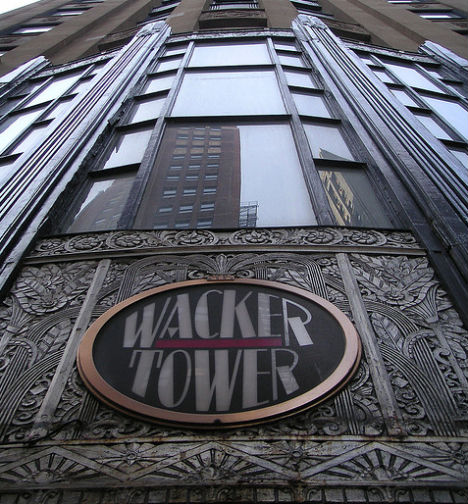 How could such a stunning building, unknown even to many lifelong Chicagoans, be left to decay? The former Chicago Motor Club building – also known as the Wacker Tower – is a hidden gem despite its auspicious location near the Trump Tower, the Sears Tower and other major landmarks. At some point in the 1990s it was almost converted to condos, but for now it’s empty, plastic sheeting reportedly covering up a view of the Art Deco lobby and a large mural of 1920s vehicles.

Built in 1925, the Art Deco Central National Bank building on Broad Street in Richmond, Virginia hasn’t lost much of its beauty despite the fact that it has been empty since 1949. At 22 stories, the historic high-rise was the tallest building in the city for decades. It may have lost that distinction, but it still draws tourists who stand and gape at its towering decay. 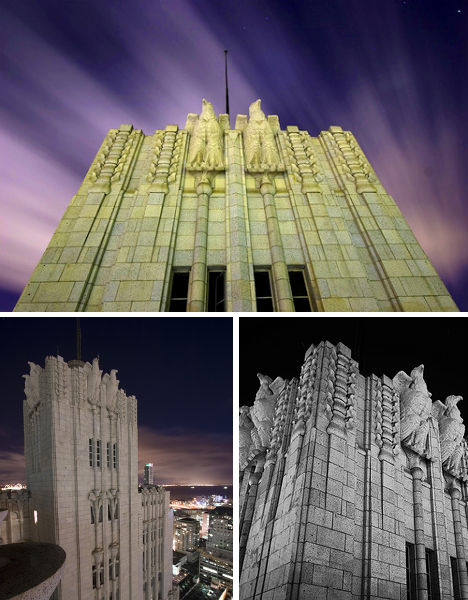 San Francisco’s most famous abandoned building is a 26-floor Neo-Gothic stunner topped with eagle statues. Bells can be spotted in various places on the building’s facade, hinting at its original purpose as headquarters of Pacific Telephone & Telegraph, later known as Pacific Bell.  When it was built in 1924, it was the city’s first significant skyscraper development.  It has only been vacated since 2005 but has already suffered some interior water damage; a new developer purchased it and plans to turn it into condominiums. 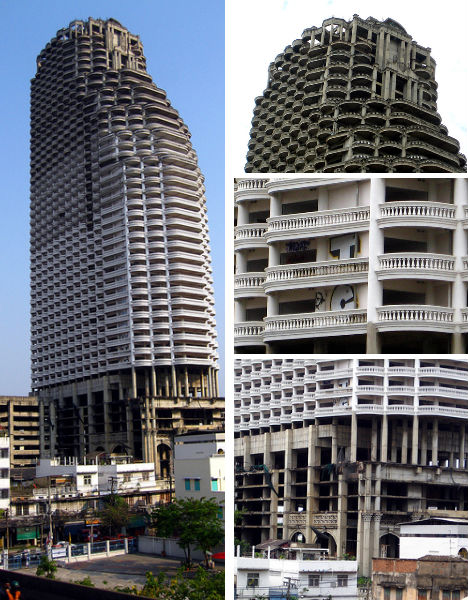 The Sathorn Unique is one of the most eye-catching buildings in Bangkok, and it’s easy to see why this would have been one of the most exclusive residences in the city. But the 49-story building was abandoned in mid-construction back in the late ’90s, when the economy tanked in Asia. Since then it has accumulated trash and graffiti. You might think that revitalizing such a prominent skyscraper would be a priority for the city, but the fact is, it’s just one of over 300 similar abandoned structures in Bangkok.