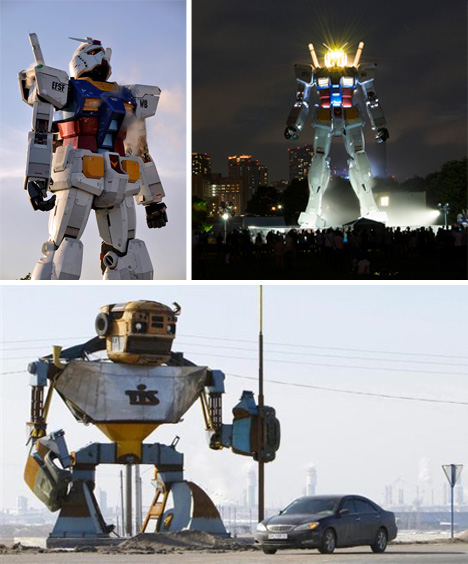 If there is one thing humanity has done right, it’s create some awe inspiring monuments: the Eiffel Tower, the Statue of Liberty, the Gundam robot statue in Tokyo… wait, what? There are amazing robot statues towering over city streets all across the globe that most people didn’t even know existed. 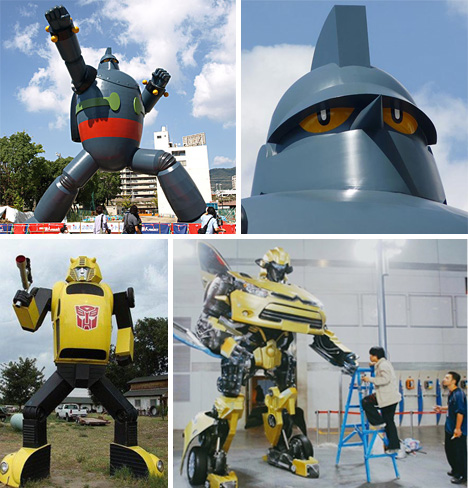 Kobe Japan erected this 60 foot tall monument to the robot aptly named “Gigantor”. The head alone is as tall as a man. These projects don’t have to be government funded to come to life. Several fans of the Transformers franchise in China came together to create this huge model of the Transformer, Bumblebee, for a commercial. A slightly more outdated version is on the left. 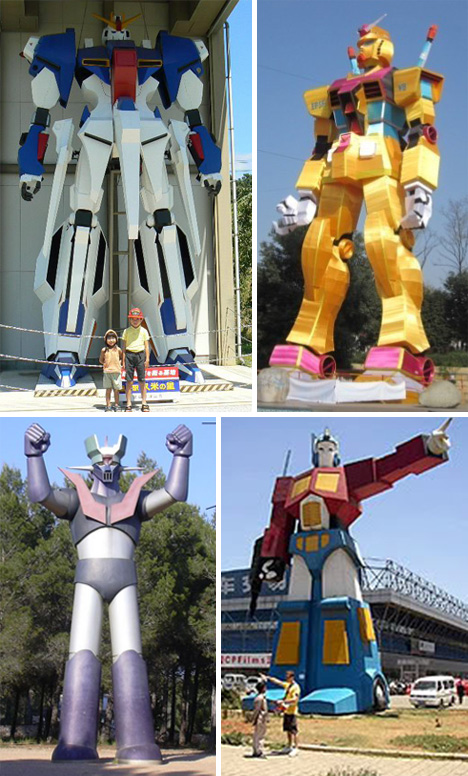 This sheltered statue depicts Zeta III and resides in Komeya, Japan. The children have kindly volunteered to give an idea of scale. The Szechuan province in China is now home to a gigantic Gundam statue of their own, erected 30 years after the popular franchise started. Yunan, China already has a 40 foot tall statue of Optimus Prime, and Tarragona, Spain stepped in on the fun when they created this hulking and victorious statue of Mazinger Z. 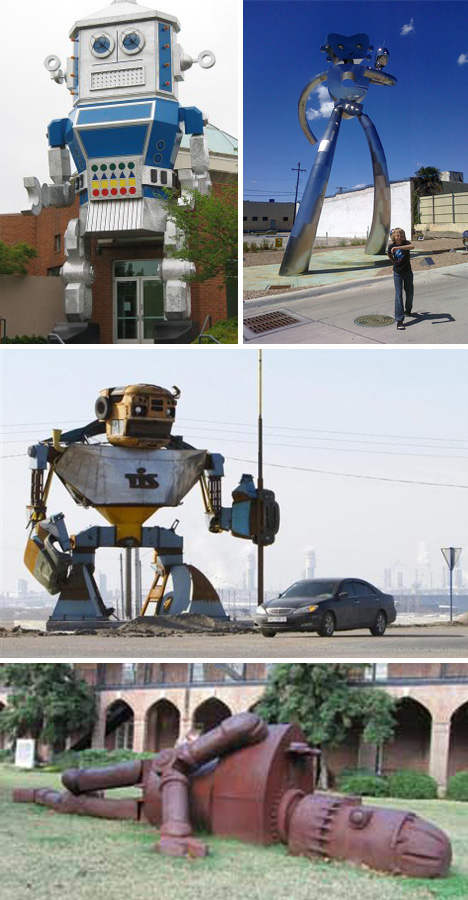 Casey is a 40 foot tall toy robot that resides in Georgia and guards the entrance to a children’s museum. In Dallas, Texas, the Travelling Man, a statue created by Brandon Oldernberg and Brad Oldham, marches along like it owns the place. The squat and powerful robot that looks like it could crush a car? That beast is Russian made (out of heavy scrap materials). Goldie 1971 is a robot sculpture created by Joe McCreary and resides in Tuscaloosa, Alabama. 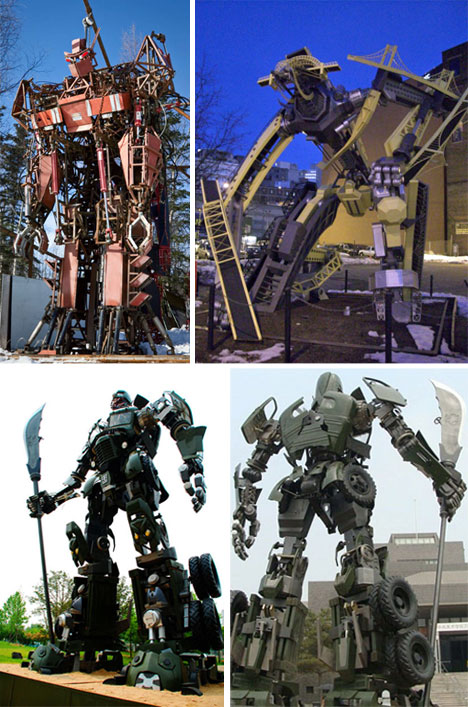 Industrious individuals can create their own mecha masterpieces. Check out this 18 foot tall exoskeleton designed and put together by mechanic Carlos Owens. Artist Glenn Kaino created this robot, “Arch,” out of bridge pieces in honor of Pittsburgh. Chinese students created this terrifying robot out of an old truck. It now stands guard at a hefty 32 feet tall (and weighs over 4 tons). 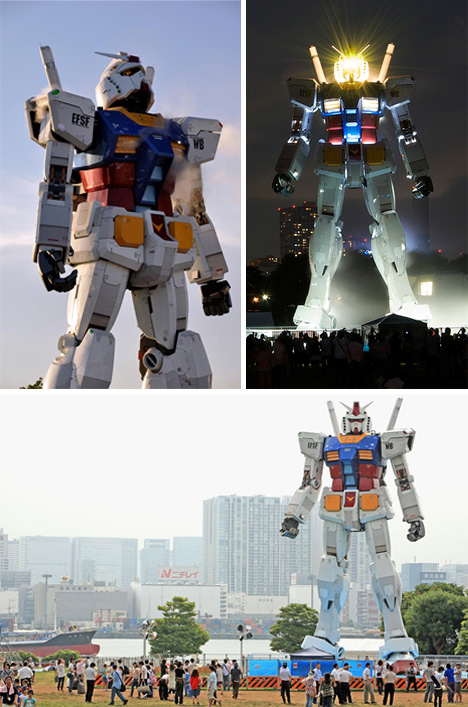 This enormous Gundam statue was erected in Tokyo to celebrate Gundam’s 30th birthday. The statue lights up at night, can move its head, and emits steam from various spots on its body. It was meant to be a temporary installation, but it looks like the robot has found a permanent home elsewhere in Japan.