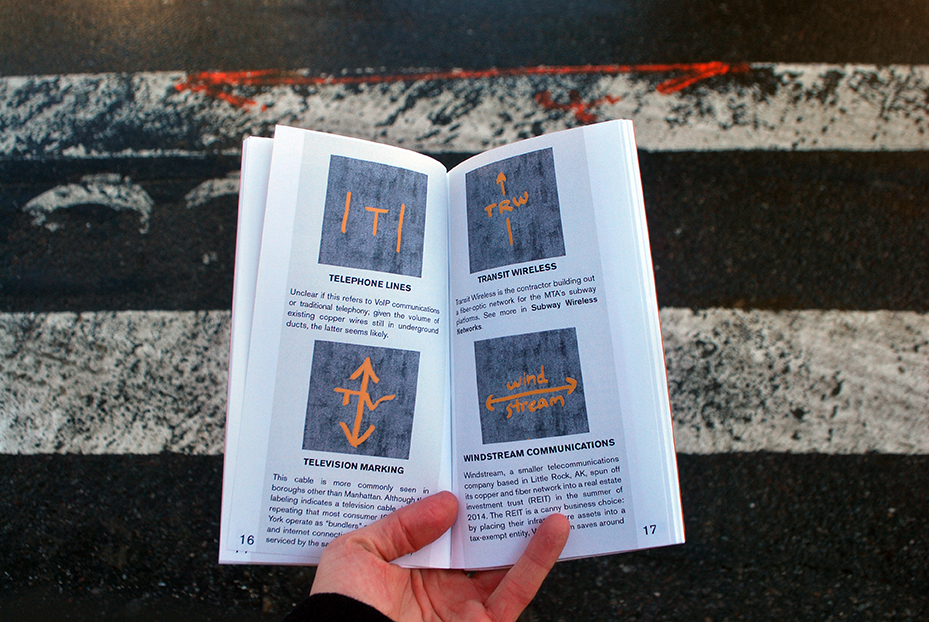 We tend to think of the internet as something akin to aether, present all around us in the void – or perhaps something traveling down a series of tubes – the reality is much more complex, rich and intriguing. 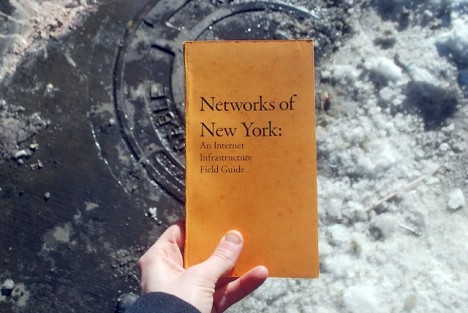 In an upcoming book titled Networks of New York: An Internet Infrastructure Field Guide, Ingrid Burrington presents an urban variation on a naturalist’s handbook, giving you the tools to tour the real-life objects that are often obscured or simply hidden in plain sight all around cities. 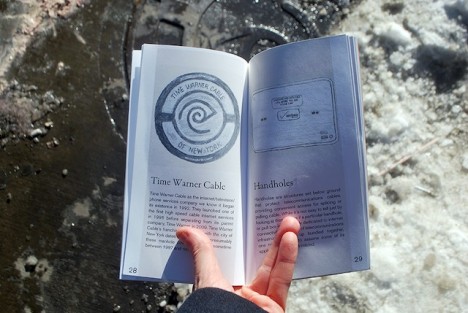 From the author, “New York’s network infrastructure is a lot like the city itself: messy, sprawling, and at times near-incomprehensible. However, the city’s tendency toward flux is a strange blessing for the infrastructure sightseer: markings and remnants of the network are almost everywhere, once you know how to look for them.” 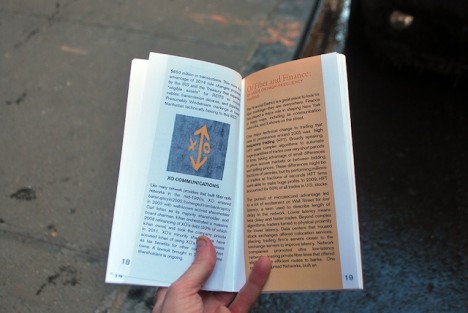 The story starts with manhole covers and progresses through street markings, which follow a federal color-coding standard: “Orange refers to the broad catch-all of ‘Communications, alarm, signal lines, cables and conduit.’ This means that orange lines can be internet cables, television cables, telephone lines, or other kinds of conduits.” 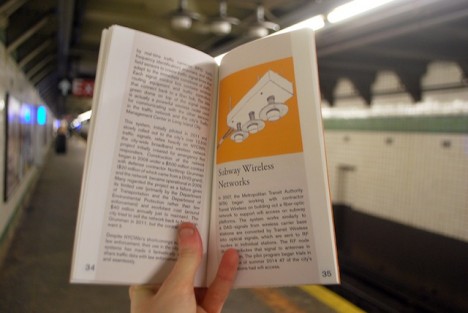 “The markings are sometimes really sloppy, and often in fragments. Sometimes you’ll see several different labels in the same place. A lot of these cables are bundled up together running through ducts under the city.” Suddenly all of the strange acronyms are comprehensible, including but not limited to: CATV, NXTG, T, ECS, RCN, MCI, L3, XO and FO. 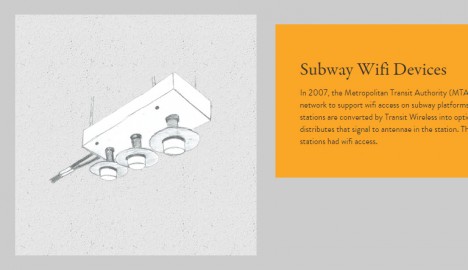 The book also branches out to cover different kinds of antennas security cameras we are so used to seeing but many of which we do not understand the purpose of at a glance, from subway wifi devices and distributed antenna systems to CrimeEye, MTA and NYPD surveillance camers. 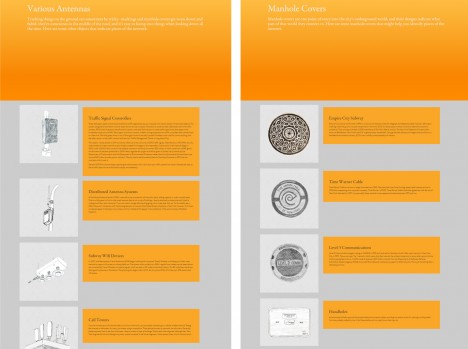 Finally, the authors builds up to the biggest elements of the built environment: architectural structures housing various large-scale elements of internet infrastructure along the city. Some of these are well-known, but the book brings to light a series of buildings less frequently visited, and provides tips on how to identify others. 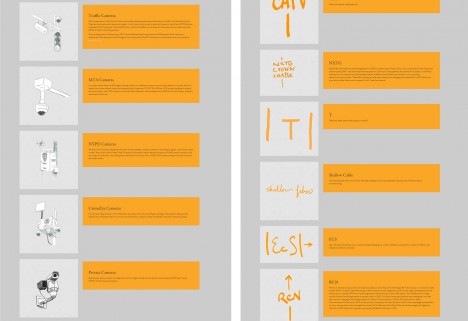 Recognizing “these buildings when looking on the street is not always easy, but one telltale sign is to look for signs of ventilation and cooling systems. Alternatively, look for windows, or more accurately, the absence of them. (Note: on much larger buildings, in particular skyscrapers, vents also could just be a sign of a mechanical floor, the centralized space dedicated to maintaining utility needs for the entire building).”