Nighttime rainbows shimmer across the skies in cities from Istanbul to New York, traversing rivers, illuminating underpasses and highlighting monuments. Bringing splashes of ultra-saturated color to gray concrete scenes in urban areas as well as historic structures and even waterfalls, these rainbow light art installations seem to symbolize the ability to look on the bright side. 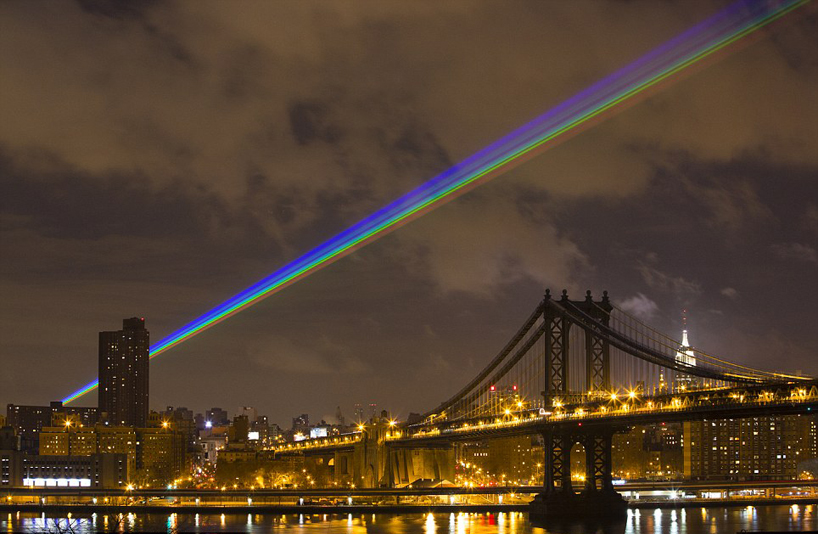 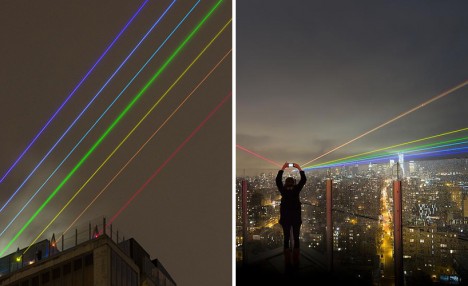 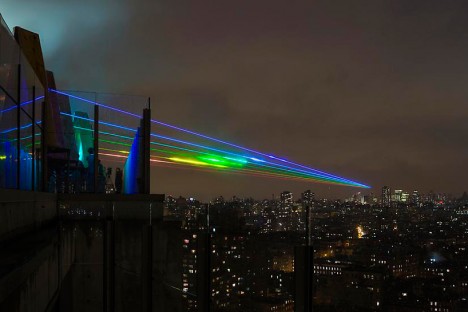 ‘Global Rainbow, After the Storm’ by Yvette Mattern shone from the rooftop of the Standard High Line Hotel in New York City to 35 miles in the distance, symbolizing hope after Hurricane Sandy in 2012. Despite their incredible range of visibility, the lasers used for the installation required the equivalent of two hairdryers’ worth of electricity. 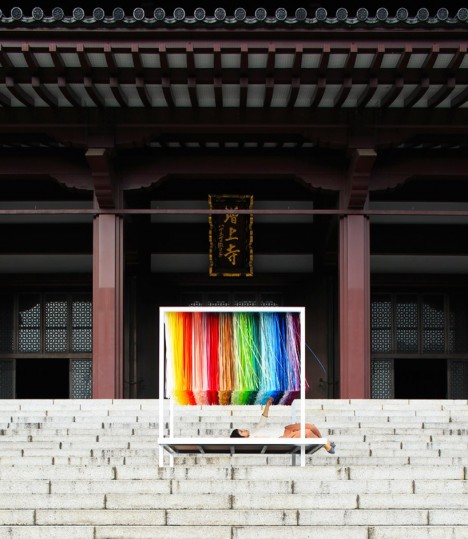 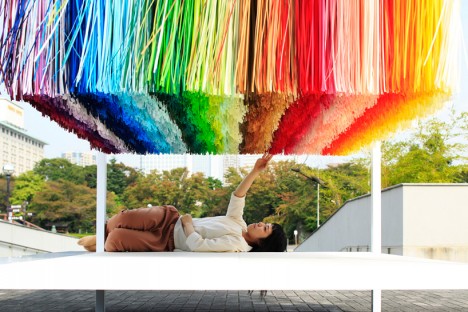 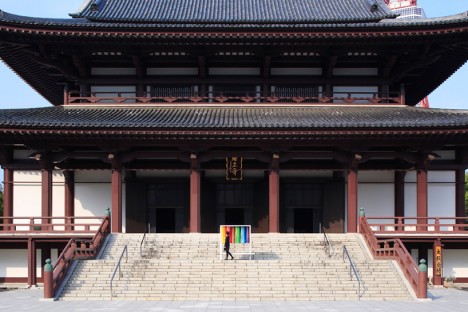 Lay down on a tatami mat and watch a rainbow of colors shift, swirl and change at the ‘100 Colors No.9’ installation by Emmanuelle Moureaux. Set against Tokyo’s Zojoji Temple, the work has a big impact for its size, with the colorful strands rustling in the wind. 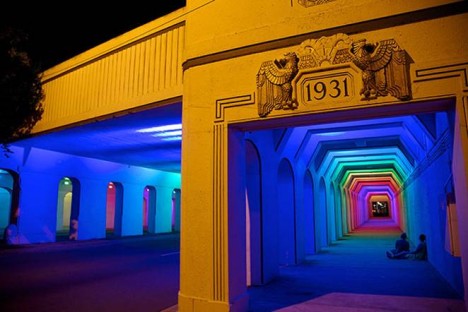 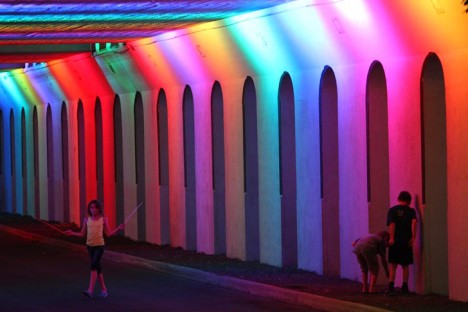 A neglected Art Deco railroad underpass gets the attention it deserves with the addition of a network of computerized rainbow LEDs. LightRails by artist Bill FitzGibbons illuminates the passageway for safety, and to encourage its use as a gateway between downtown Birmingham, Alabama and a new urban space called Railroad Park. 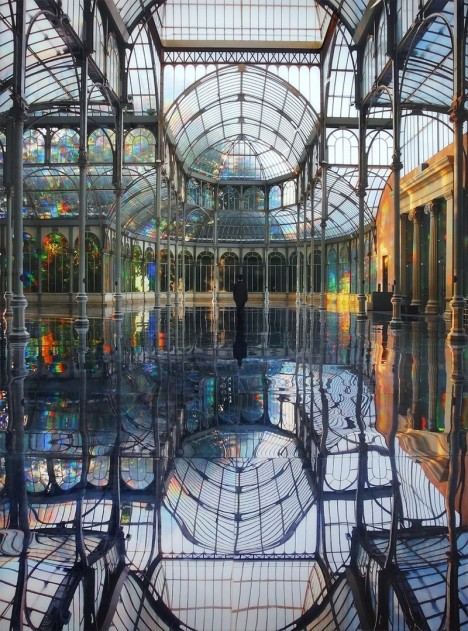 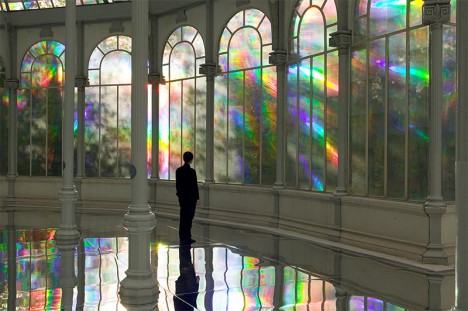 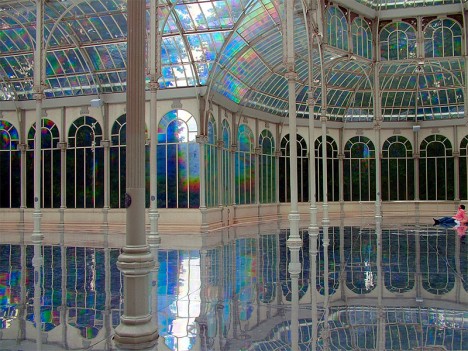 Built in the late 19th century, Madrid’s stunning Palacio de Cristal feels even more magical and otherworldly with the addition of iridescent panels by Kimsooja. The installation, entitled ‘To Breathe – A Mirror Woman,’ created the feel of stepping inside a rainbow by reflecting the lighting effects on the windows with mirrors installed on the floors. 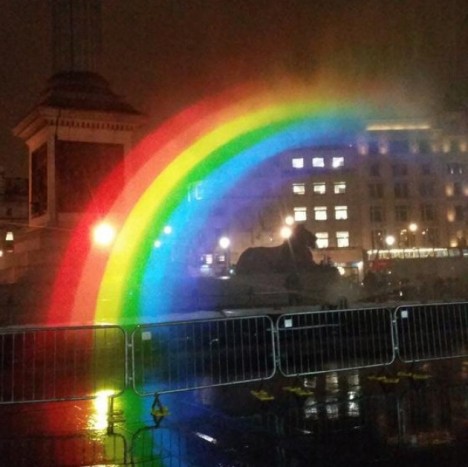 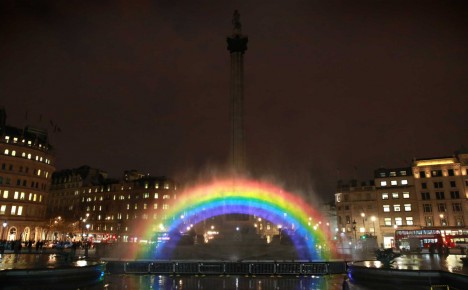 A ghostly-looking rainbow stretched 100 feet across London’s Trafalgar Square even after dark as part of a promotion for three new LGBT shows on British television in January 2015.