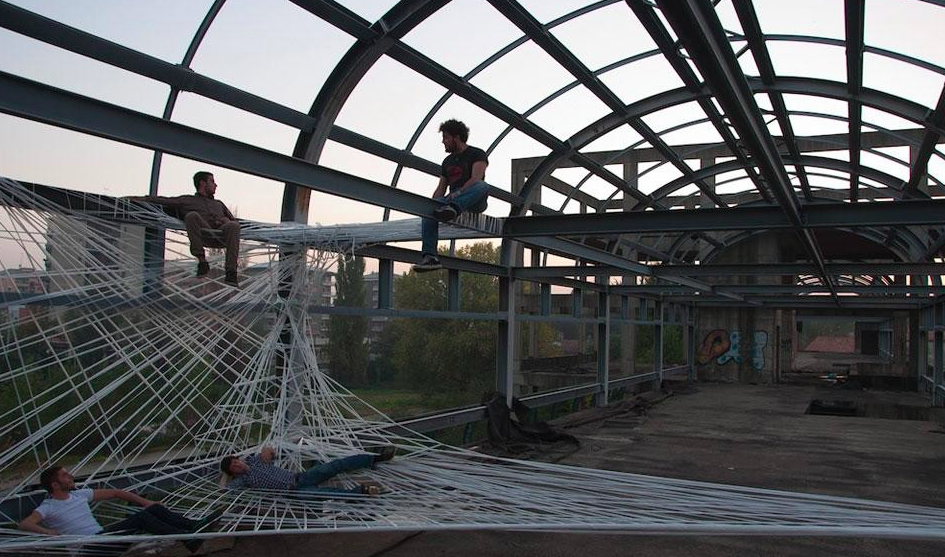 Nobody knows the needs of a city better than the residents who navigate it each day, so who better to edit, adapt and upgrade urban spaces to make them cooler and more useful? Urban ‘hacktivism’ takes underutilized architecture and infrastructure, from street signs to empty subway stations, and subverts it for a new purpose. Whether installed guerrilla-style or with the blessing of city officials, these projects make the city a more fun and comfortable place to hang out. 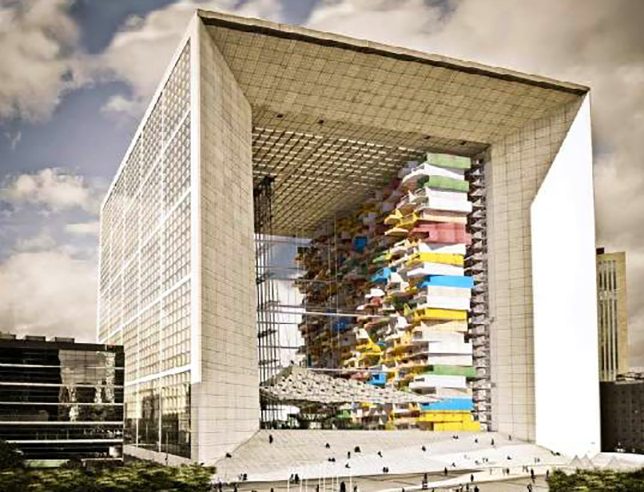 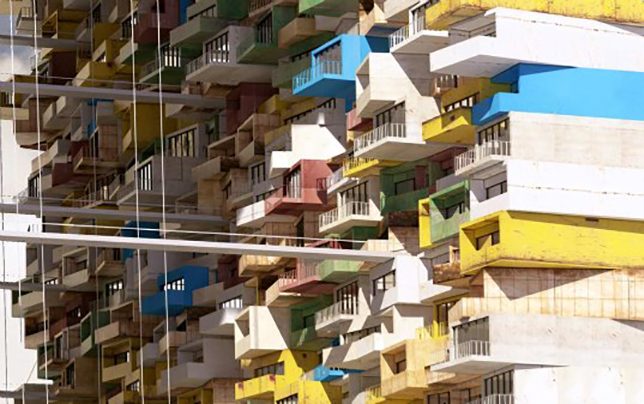 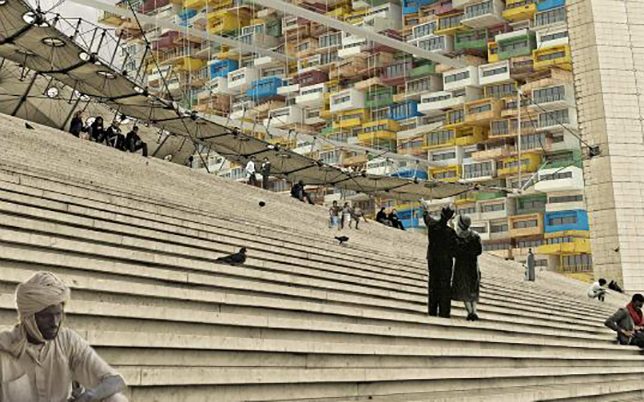 What if citizens took the lack of affordable and accessible housing in cities into their own hands, and simply created their own residences wherever they saw fit? ‘Pocket of Active Resistance’ envisions how this would manifest in Paris, as guerrilla housing takes over monuments like the Arche de la Defense. Architect Stéphane Malka presents a modular housing system stuck right into the interior walls of la Defense, connected by scaffolding and catwalks. 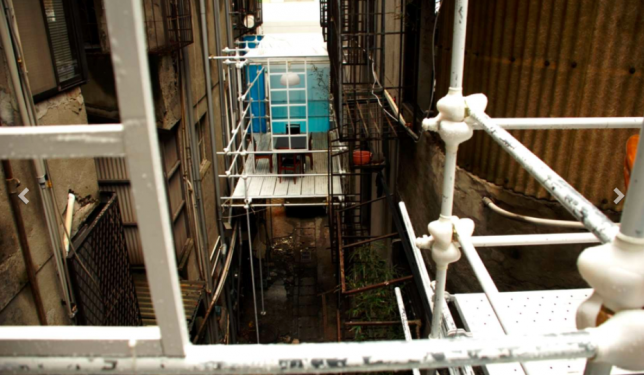 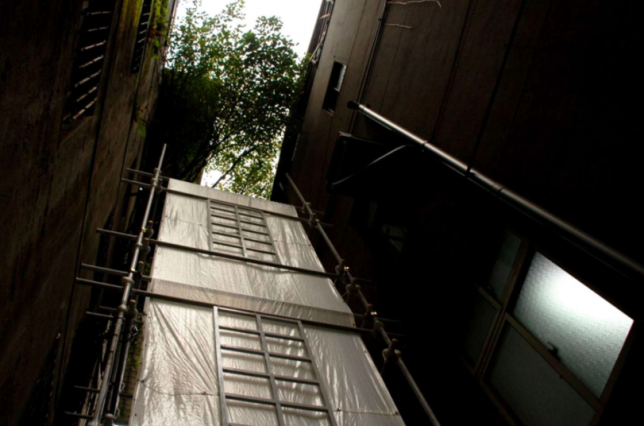 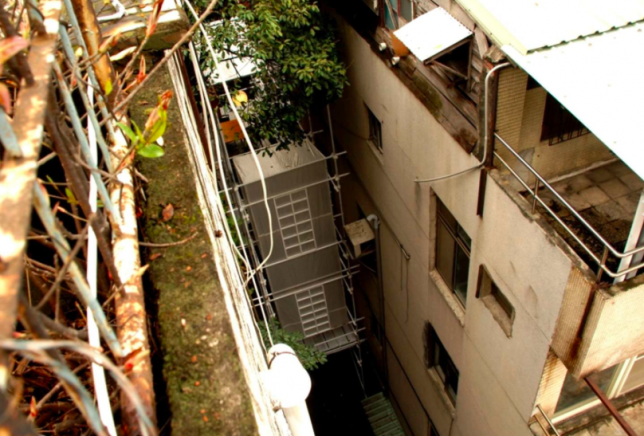 The firm ‘WEAK!’ encourages the organic growth of illegal structures on all sorts of city surfaces, including rooftops, disused fields and abandoned skyscrapers, reflecting “the citizen’s right to express himself through architecture.” Among the projects they’ve brought to life throughout Taiwan is this elevated alleyway dwelling made primarily of scaffolding, which creates a new two-level residence while leaving room on the ground for pedestrians to pass through. 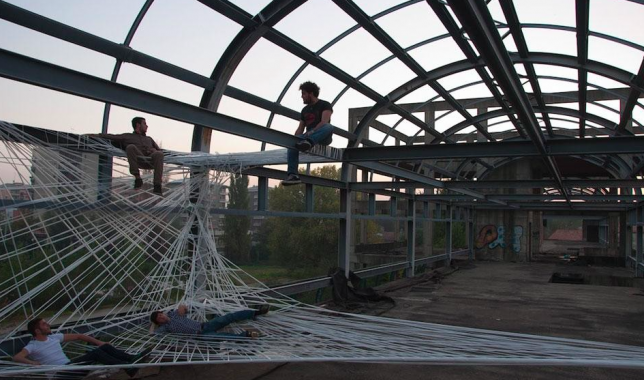 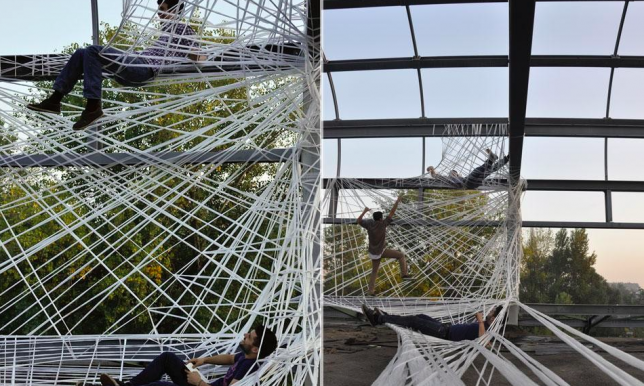 Young Italian collective Parasite 2.0 took over a series of disused spaces throughout Italy as part of a 2013 urban occupation project, including the fort of the Sant’Andrea island in the Venetian lagoon. Stretching polyethylene through the frame of an abandoned building like a web, they created an amorphous series of rooms with built-in hammocks. 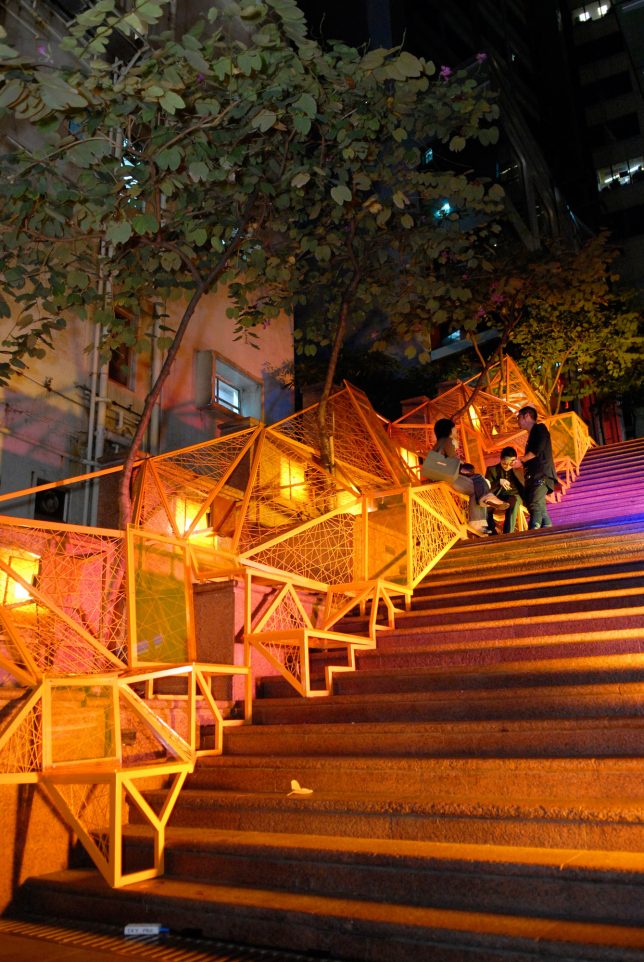 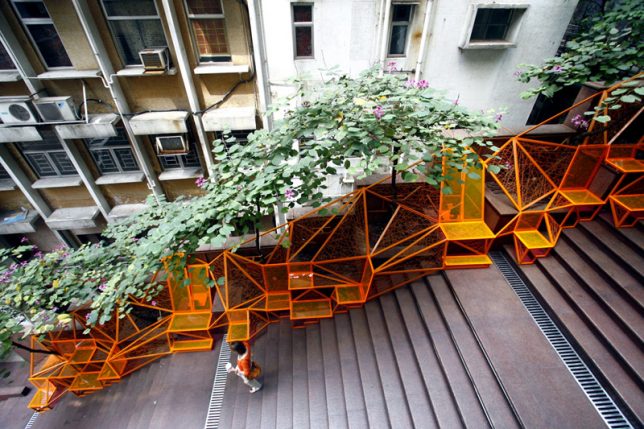 A staircase in Hong Kong that took up lots of space yet saw very little foot traffic temporarily became the setting for a vibrant geometric mesh sculpture with built-in seating and planters, creating a miniature park right in the middle of The Centrium. ‘The Cascade Project’ by Edge Design Institute features a living canopy of Bauhinia trees and other plants, giving the staircase an alternate and ultimately more useful purpose.

Art & Culture Center Beneath a Railway in Japan 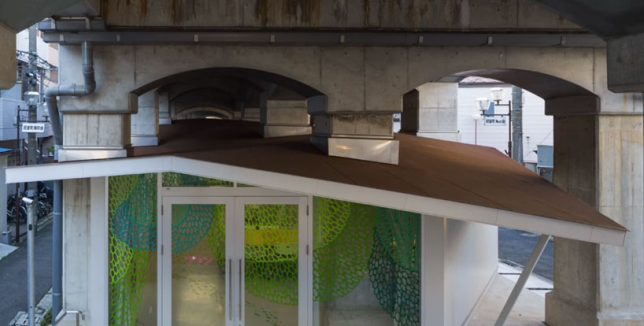 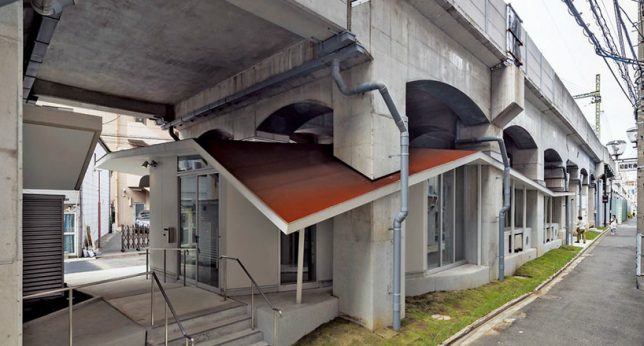 While this project was completed with the blessing of the city of Yokohama, it’s a pretty cool example of how underutilized urban spaces can be taken over and transformed for the benefit of all residents. Situated on a once-obsolete and uneasily quiet street, right beneath a railway track, the new arts center includes a gallery, cafe and studio.