Sealing the City by Cedric Bernadotte 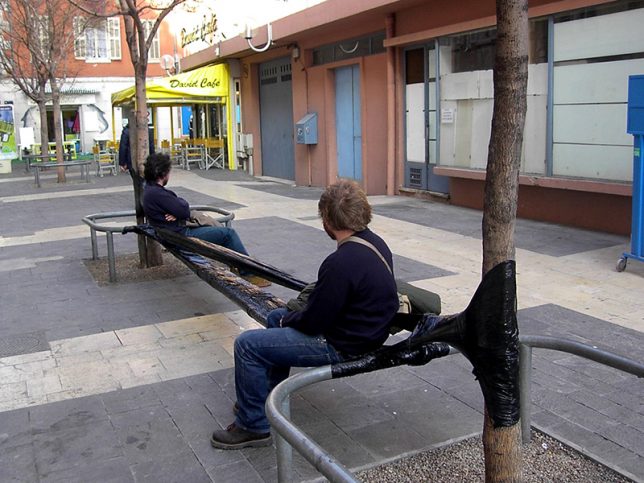 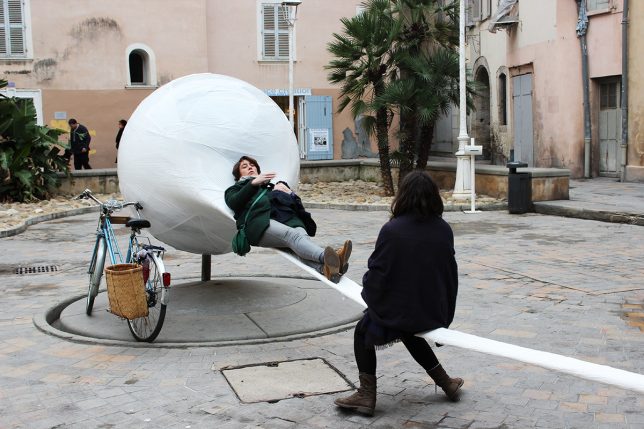 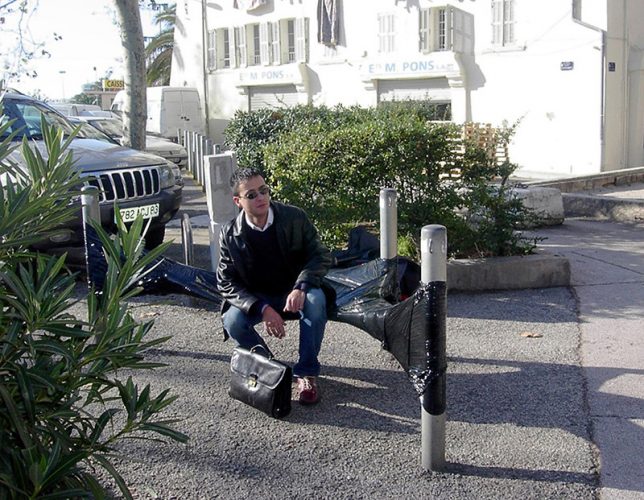 Stretch plastic of the sort that’s usually used to strap and seal cargo gets a new purpose in the hands of artist Cedric Bernadotte, who attaches it to street signs, bike racks, trees and other urban objects to create surprisingly comfortable urban furniture. 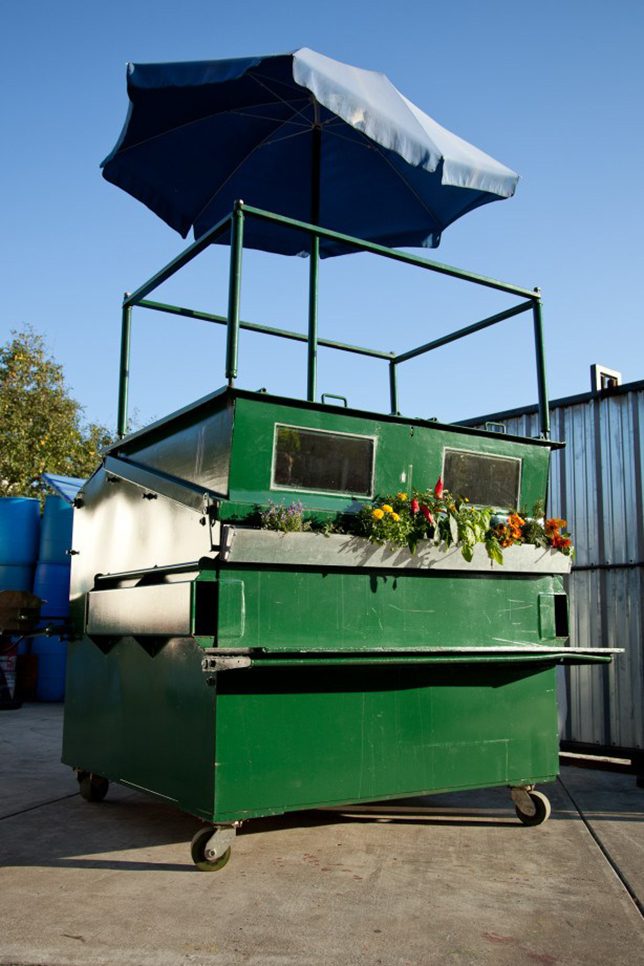 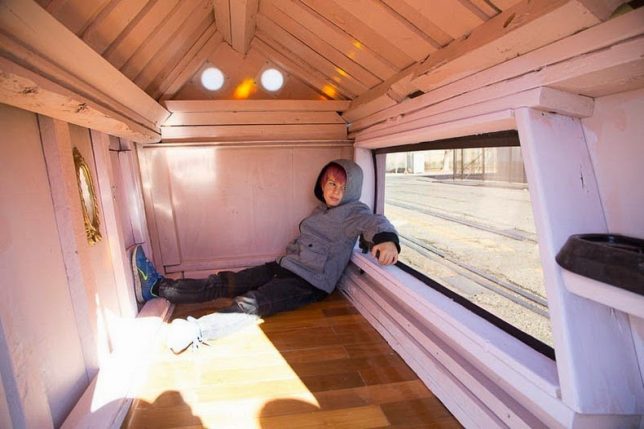 Architect Gregory Kloehn makes the idea of living in a dumpster look downright cozy with this installation, which includes a kitchen, toilet, outdoor shower, modular rooftop deck, bar and flower beds. Positioned in a Brooklyn parking lot, this thing could probably net well over $200 per night on AirBNB.

Wall War Turned Into a Story by Mobstr 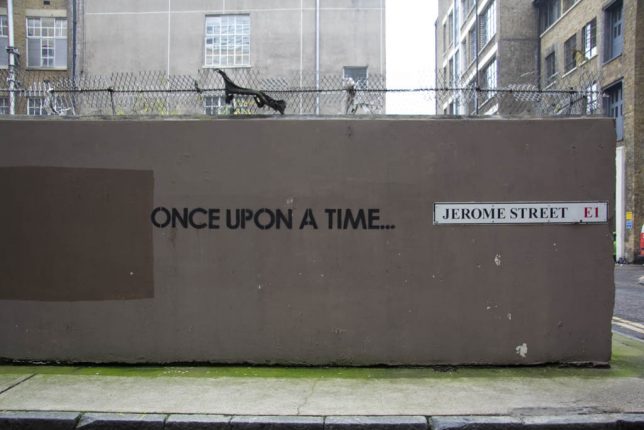 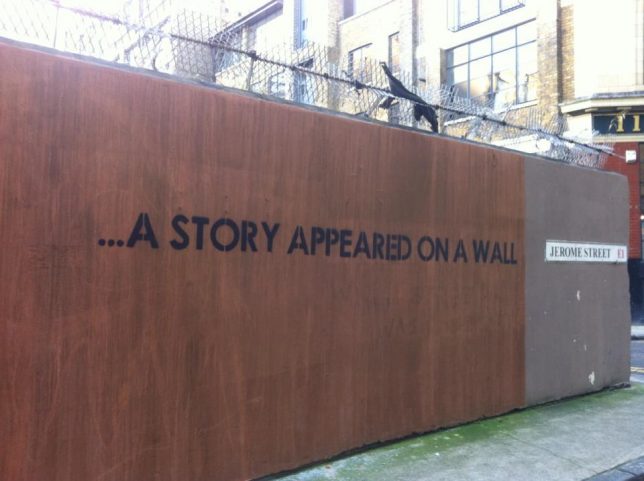 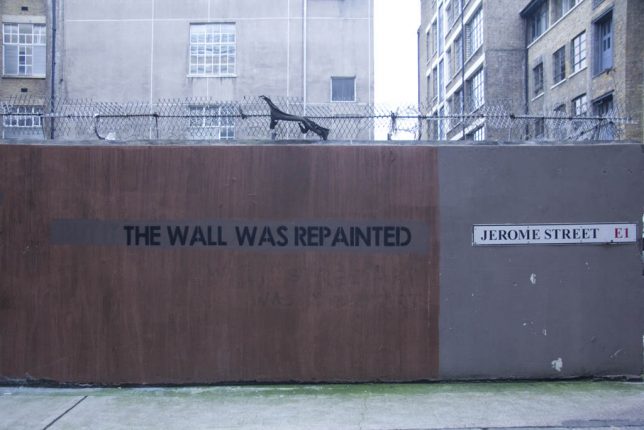 British street artist MOBSTR knew that every time he painted text on this wall on London’s Jerome Street, the authorities would come along and cover it up – so he engaged in a witty game. He began a story by writing ‘Once upon a time…” and then waiting for them to paint over it so he could start the next line. “…a story appeared on a wall. But it only progressed when… the wall was repainted. And so a strange harmony was found… between two opposing forces… the end.” See the whole thing at UFUNK. 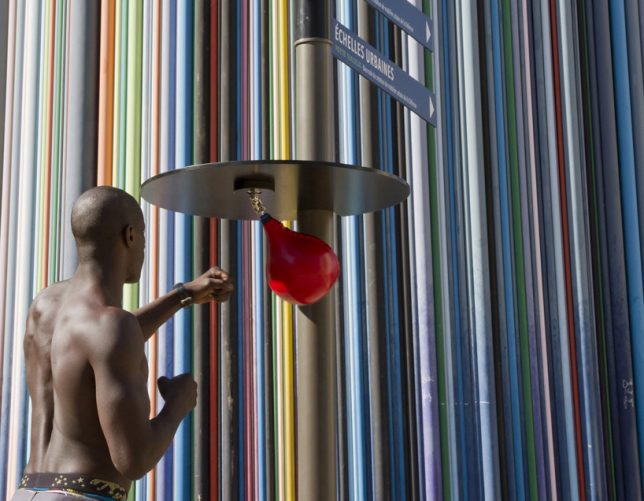 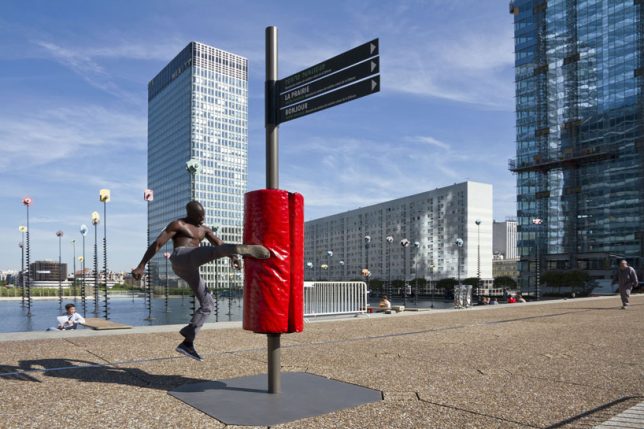 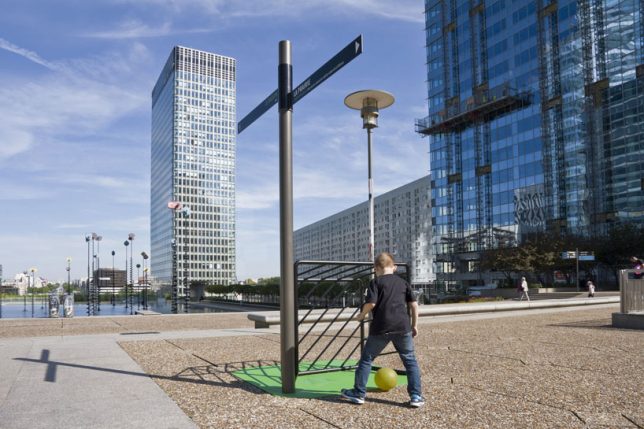 A few pieces of plug-and-play sports equipment quickly attach to street signs throughout Paris, instantly turning them into centers for fun and fitness. Artists Florian Brillet and Nicolas Lelievre spent a year integrating their designs into the city, calling the project ‘Mens Sana in Corpore Sano,’ a Latin aphorism that translates to ‘A Sound Mind in a Sound Body.’ 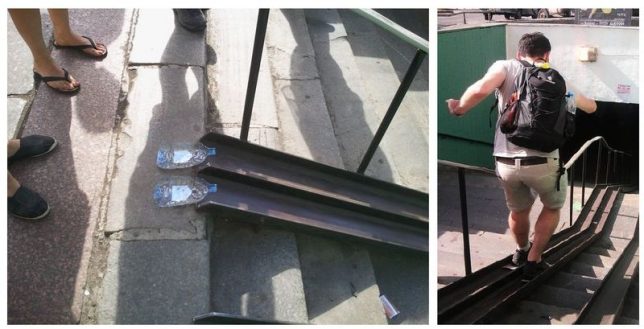 Step into a pair of plastic water bottle ‘skis’ and slide down the rails into an underground passage, if you dare – this incredibly simple city hack comes to us courtesy of Florian Riviere, the designer behind a wide range of clever installations made of similarly inexpensive materials.