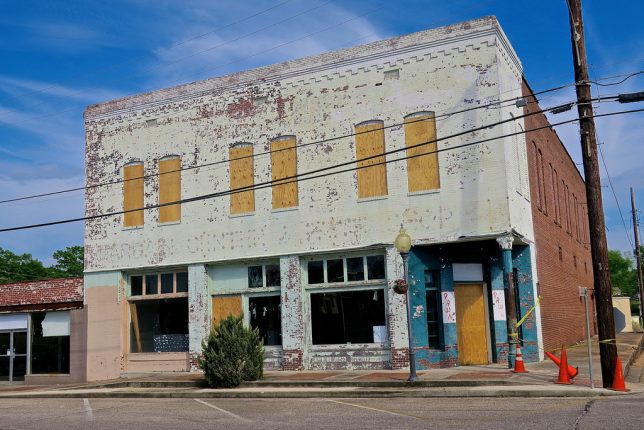 One wonders what this grandiose abandoned pawn shop in Evergreen, Alabama looked like in its heyday… it still looks impressive today, though its appeal has skewed to abandonments aficionados and lovers of ruined structures. 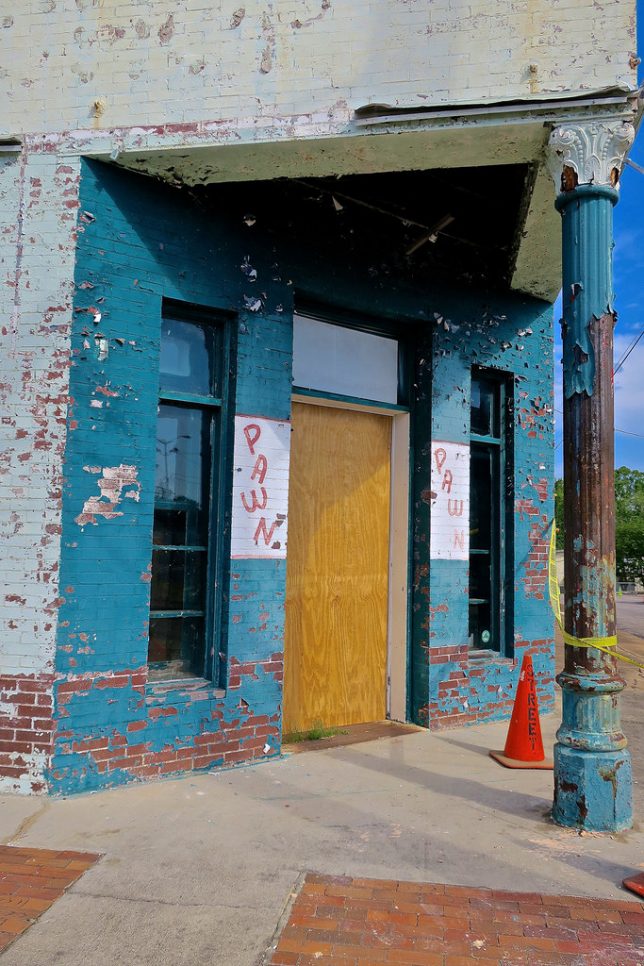 Flickr member Robby Virus captured the unnamed former pawn shop on a sunny April afternoon in 2016. Gotta love that blue-green paint, what’s left of it. The building is located in tiny Evergreen, an unincorporated community in Alabama’s Autauga county. 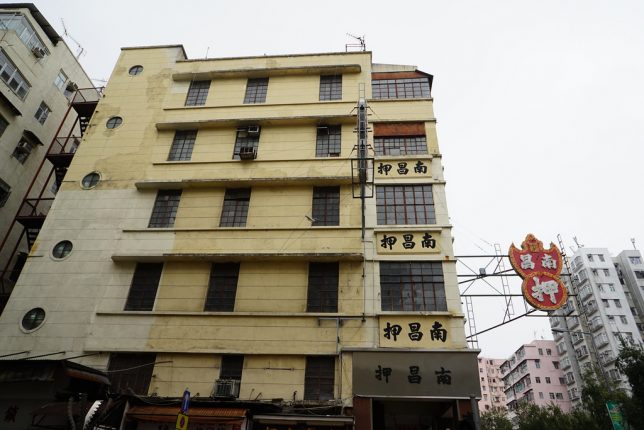 Speaking of beautiful yet deteriorated buildings, check out the five-story structure above. Combining elements of Art Deco and Brutalist style, this former pawn shop in Hong Kong displays the unique Chinese characters signifying the type of business along with the classic red logo sign displayed by all pawnbrokers in the former British possession. Flickr member Eric K (erick.hongkong) captured the building’s faded glory in February of 2015. 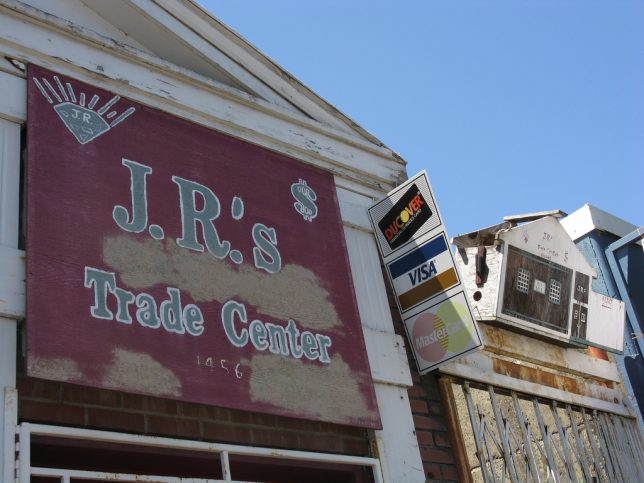 Not the J.R. who got shot in Dallas, and it’s Eugene (Oregon) instead of Ewing… otherwise, it’s outta bidness as usual. The former J.R.’s Trade Center is a mystery even to the photographer, Flickr member rfduck, who states “I don’t know how old it is, why it’s closed, or what will happen to it.” We’ll hazard a guess that its trading days ended around the time J.R.’s brother Bobby awoke from a very strange dream. 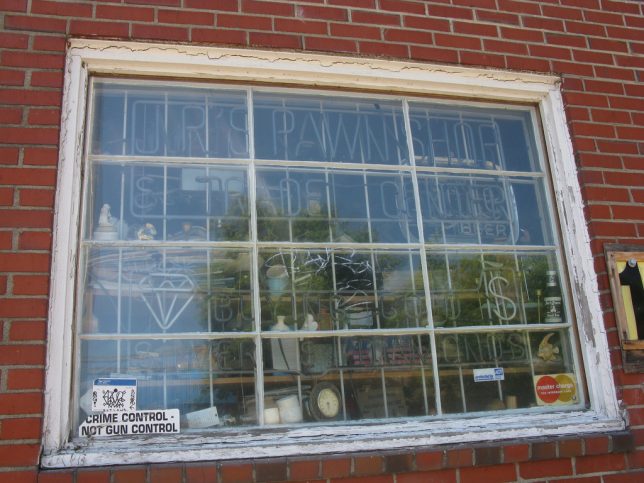 Nice of J.R. to accept Master Charge cards at his ex-establishment on Willamette Street in Eugene, Oregon. Give the owner some er, credit – approximately 97% of the residences in the shop’s West University neighborhood are renter-occupied and a significant number of those are and were students at the U of Oregon. 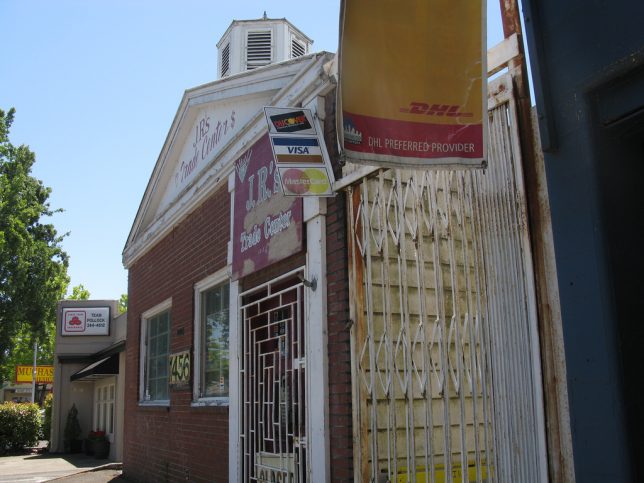 The West University district was the scene of student riots in 1998, 2001 and 2002… we can’t say if J.R.’s Trade Center suffered any damage from those incidents. They would explain the various ornate grills and gates, however. 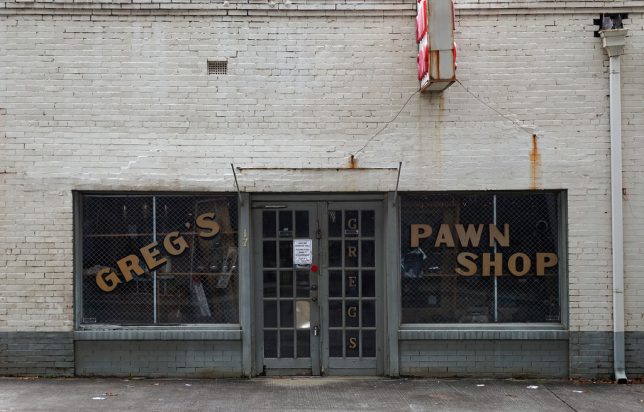 The sign on the door of the former Greg’s Pawn Shop in Cartersville, Georgia reads “Out On Service Call”, which is curious to say the least as we weren’t aware pawnbrokers made house calls. Maybe Greg didn’t have an “Out Of Business” sign handy. If only there was some kind of store that stocked inexpensive, everyday goods like… oh. Flickr member Todd Evans captured the Greg’s grim digs in January of 2016.