Standing nearly 40 feet tall, this giant arcing whale is composed entirely of plastic waste gathered from the Pacific and Atlantic oceans, carefully assembled in a canal of Bruges, Belgium. 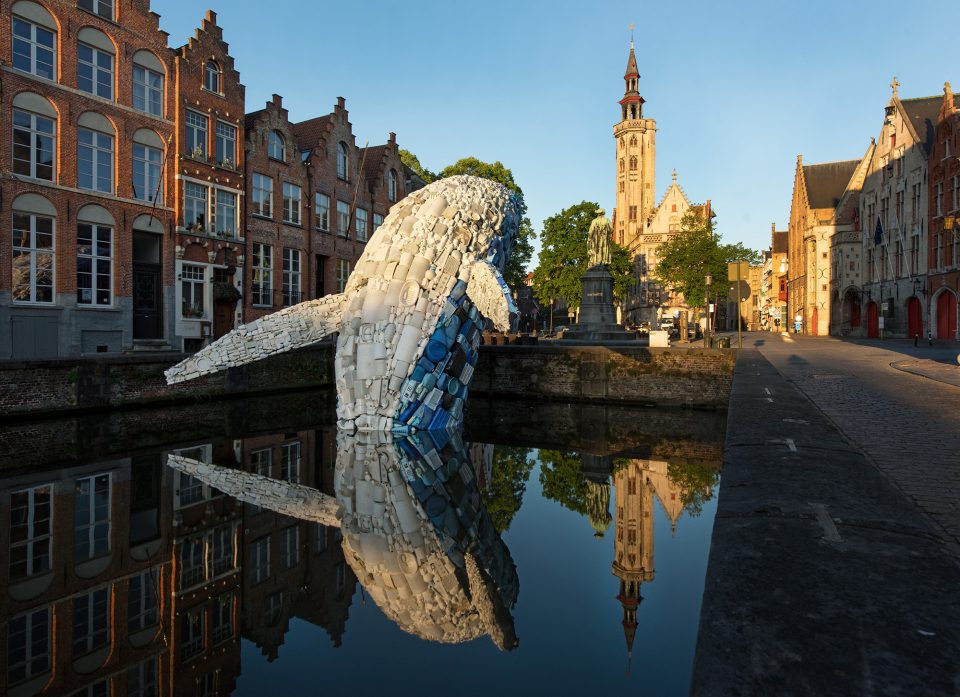 Following a Liquid City theme, Brooklyn designers from STUDIOKCA chose the form to help observes visualize the magnitude and shape of both what winds up clogging the world’s oceans and the creatures impacted. 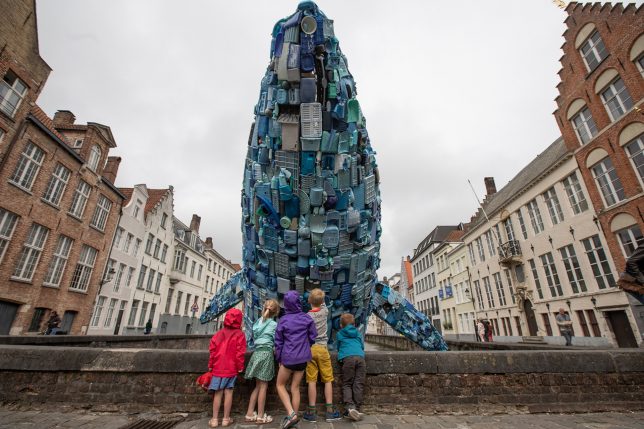 The net effect is striking, the arched water mammal rising up from the deep in a graceful curve, which, upon closer inspection, is made up of white and blue refuse, stamped with languages and brands from around the world. 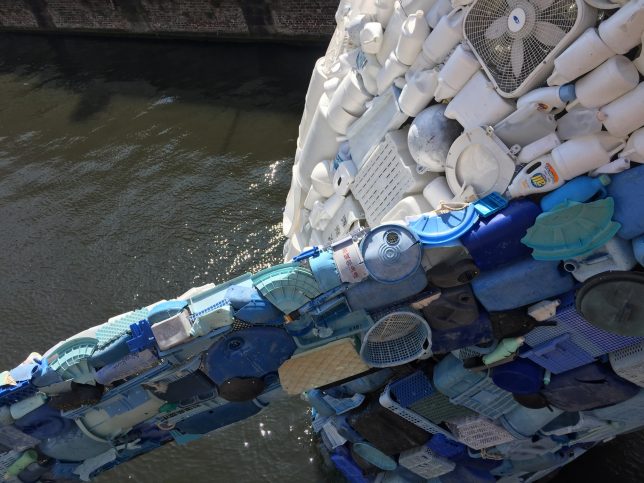 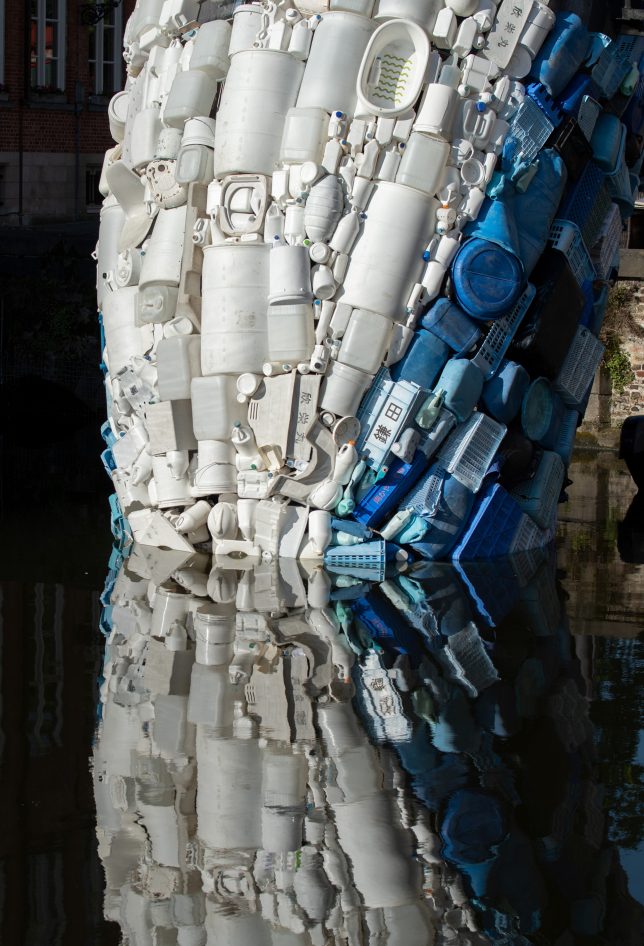 And while the majestic sea creature ricing from the canal might seem large, “pound for pound that is more plastic waste swimming in the ocean than there is whales,” say the creators. “So an opportunity like this to show the type of plastic and the amount of plastic that ends up in our oceans is really important.” 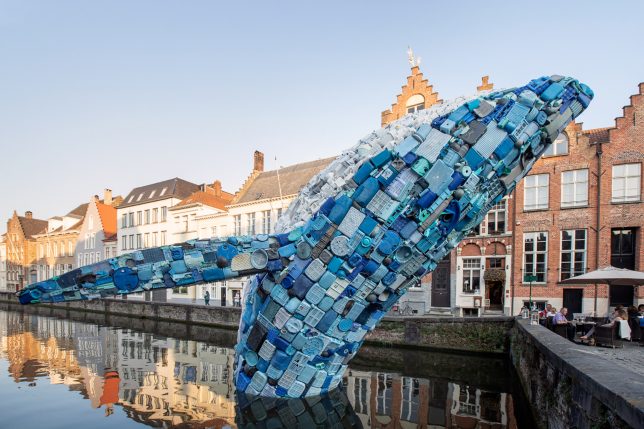