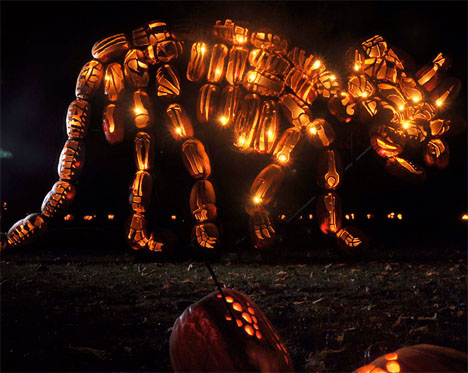 A landscape of towering dinosaurs is eerily illuminated with an orange glow at the annual Great Jack O’ Lantern Blaze in New York. A team of professional artists came together to turn more than 5,000 pumpkins into carved masterpieces representing skeletal triceratops, a brontosaurus and even a pterodactyl suspended in a tree. 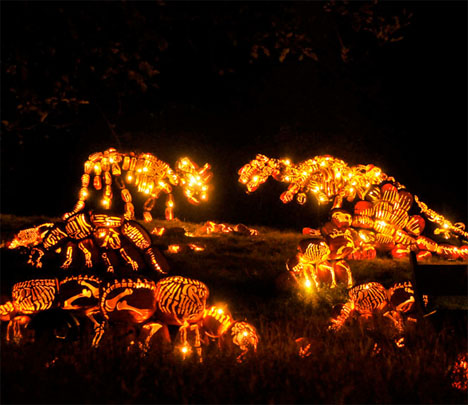 The pumpkins are stacked and joined together to form cohesive shapes after they’re carved, creating an illusion fiery skeletons from afar. Other designs include a giant spider, snakes and a working grandfather clock. 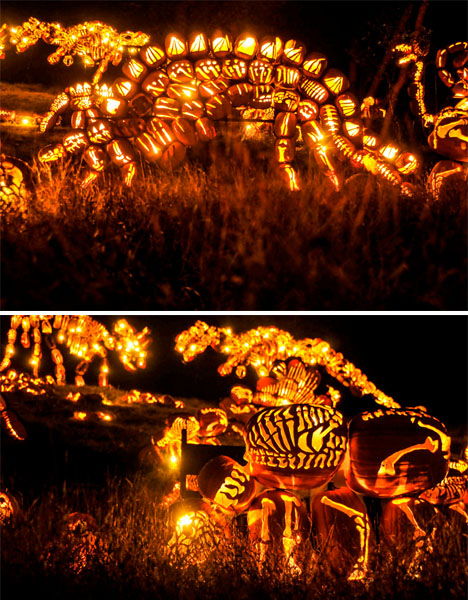 The pumpkins are situated throughout the riverside grounds of the 18th-century Van Cortland Manor. The event draws tens of thousands of visitors from around the Northeast. 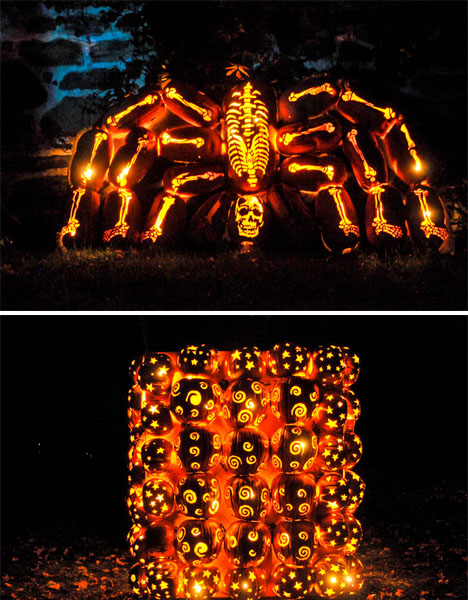 The display will stay up until November 11th and includes sound effects, synchronized lighting and a Museum of Pumpkin Art.