An ambitious proposal for a country in turmoil, this 3,780-foot building would be not only the tallest in the world but also taller than all structures currently in planning or under construction. 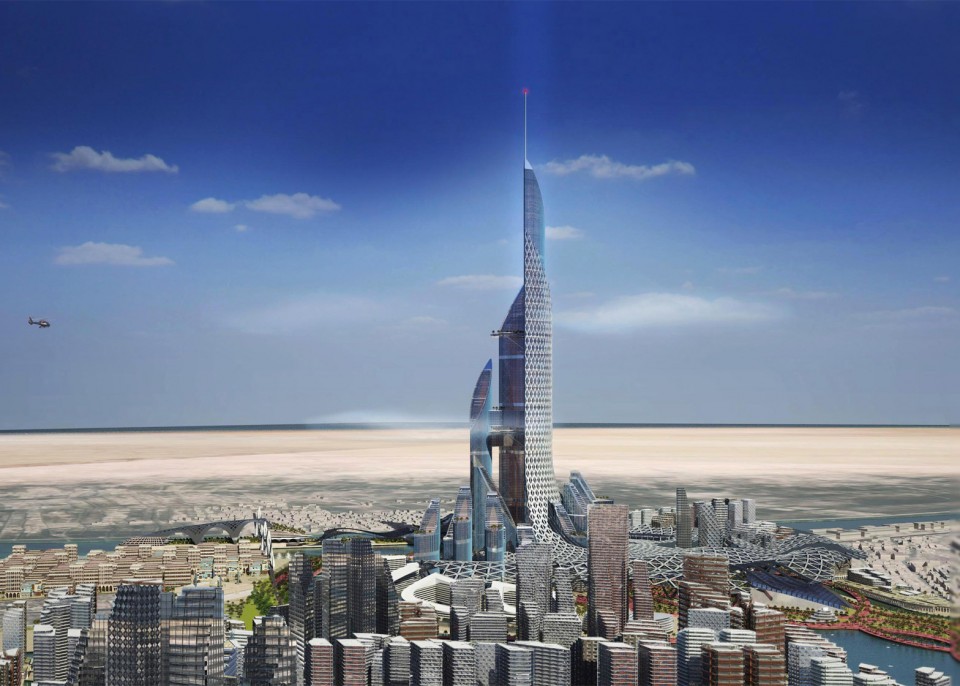 Composed of four connected towers, The Bride by AMBS Architects aims to exceed the Kingdom Tower slated for construction in Saudi Arabia as well as the Burj Khalifa in Dubai. 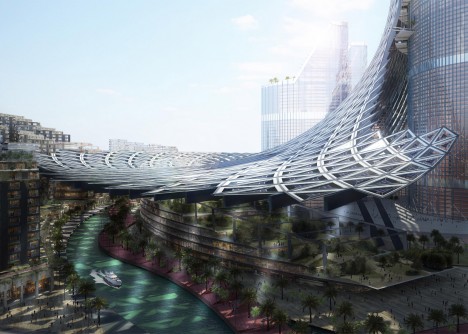 The mixed-use commercial, housing and office project includes a sweep veil providing shade for outdoor public spaces, parks, gardens and smaller buildings below. A net-zero structure, it is designed to produce more renewable energy than it consumes. 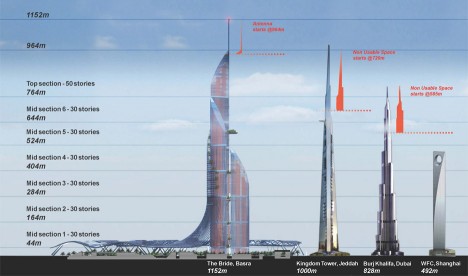 Its designers boast that the 1.5 million square foot structure will break new ground in engineering and vertical transportation. They also emphasize that its horizontality makes an intentional statement about inclusivity – the building is meant to serve more than just those who occupy its heights. 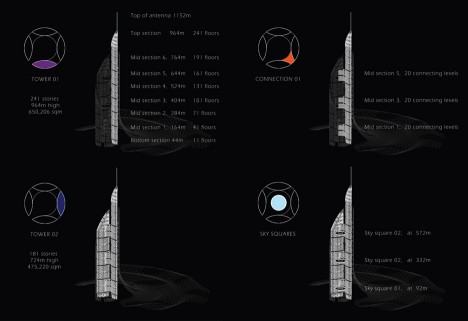 “Super-tall towers are perceived as an object in the distance,” said AMBS. “An alien planted in the city, disconnected from the urban scale at ground level. The Bride, on the other hand, will be conceived as a city itself both vertically but also horizontally from the ground.” 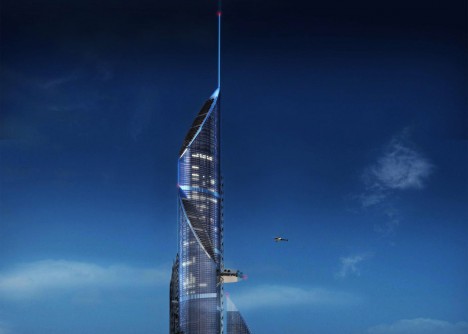 “It will be enjoyed by thousands of people in endless ways, within it, on it or under it, from walking in the vast shaded parks and promenades at ground level, to having lunch or shopping in a sky-square hundreds of metres above sea level.”