These charming British shops and boutiques just couldn’t compete with big box stores but that’s not the only reason they’ve bitten the biscuit.

Why try owning and operating a store selling niche items when Asda (owned by Walmart), Tesco and of course Amazon can stock most of their inventory in a single aisle? While lower prices and greater convenience are welcome benefits of this socioeconomic transformation, the carnage inflicted on Britain’s shopping streets was, is and continues to be staggering. Take “Bling” for example… an abandoned East Yorkshire accessories boutique displaying (as of March 2010) only a broke-ass Venus de Milo surrounded by stripped shelving units. 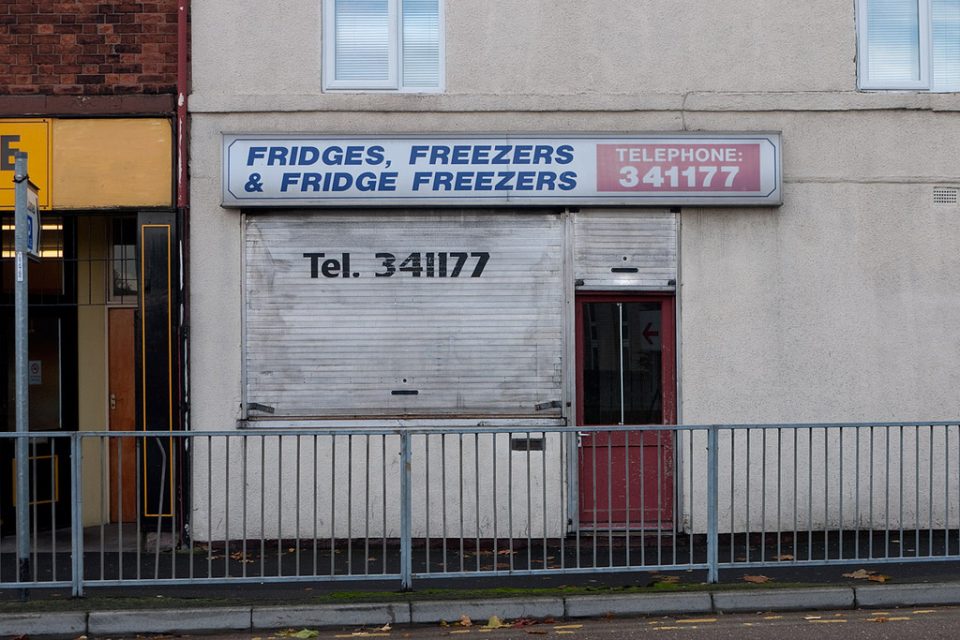 “Fridges, Freezers & Fridge Freezers” could be a follow-up to Monty Python’s legendary Spam sketch – all that Spam, Spam, Spam, Baked Beans & Spam needs to be stored somewhere, amiright? The erstwhile owners of this Doncaster, West Yorkshire kitchen chillling appliances outlet at least had sufficient space on the facade to display their phone number… twice. 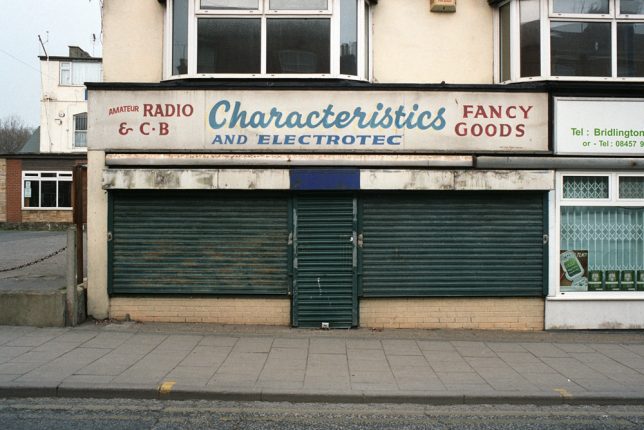 Allow us to state right here and now that all of our featured images were captured by Flickr member and urban landscapes photographer extraordinaire leon S-D (littleweed1950). We’ve cherry-picked from well over a thousand eerily beautiful images of closed and abandoned UK shopfronts including the befuddlingly-named “Characteristics and Electrotec” in Bridlington, East Yorkshire. That’s just off the charts, even for Quainte Olde Englande. 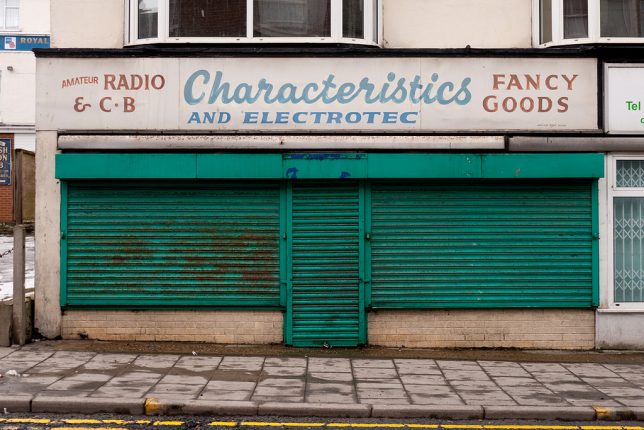 What the heck did this store sell (or at least TRY to sell), anyway? Radios, CBs, “Fancy Goods”… is that last one a euphemism for something? Who can put a price on “Characteristics”? Nobody now, it would seem. In any case, the photographer thought this shopfront was so nice, he visited it twice – in September of 2009 and again in January of 2013. Curiously, though the shop remained abandoned the facade was mildly rejuvenated with a coat of blue-green paint, thus improving its visual characteristics. 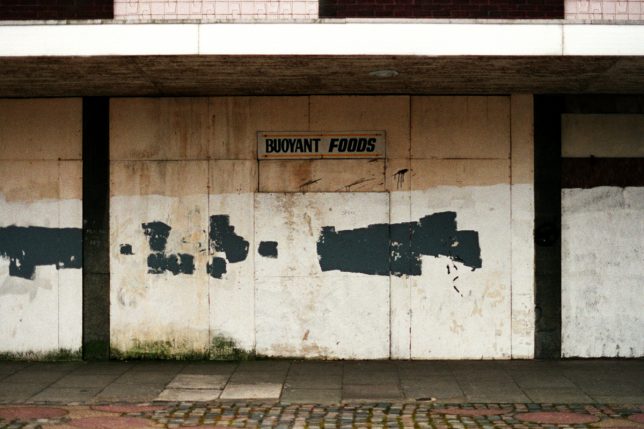 “I’m going to need to stock up on unsinkable meats and produce,” said no one ever. Seriously, even the captain goes down with the ship and he’s not going to be upstaged by some leftover broccoli. You’ll find the bubbly former “Buoyant Foods” store in Town Centre, Grimsby, Lincolnshire where it looked rather grim in November of 2009. 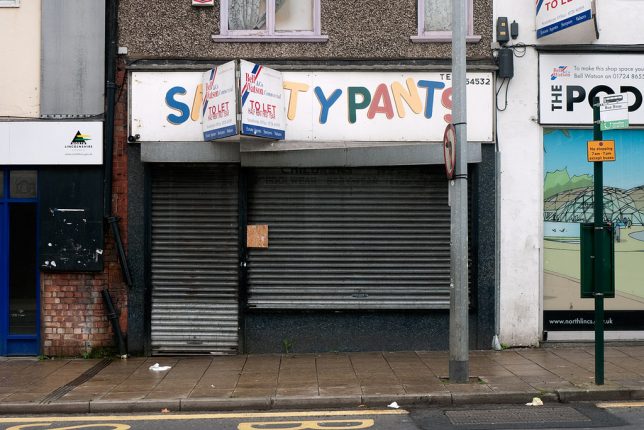 Have you noticed that British real estate agents use the term “To Let” on their “for sale” signs? Have you also noticed the two-word phrase looks alarmingly like the one-word er, word “Toilet”? Even more so here in beautiful downtown Scunthorpe, Lincolnshire, where the agent’s typical triangular sign leaves the former store’s name as “S-TY PANTS”. Now what could that really be, hmm? We’re sure the neighboring shop’s sign (“The POO”?) isn’t influencing our thoughts at all.