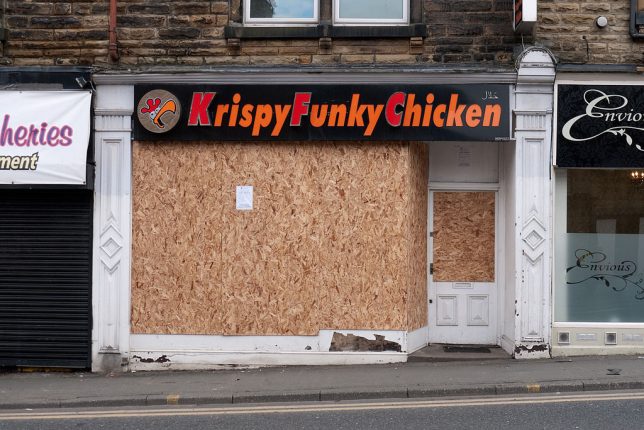 Think you can beat KFC at their own game AND their own acronym? Think again, owner of the unfortunately-named “Krispy Funky Chicken” in Morley, West Yorkshire. Let’s get this straight – there’s only one Funky Chicken and that’s Rufus Thomas’ 1969 novelty dance hit. Any other kind of funky chicken, “krispy” or not, reeks of failure (and botulism). 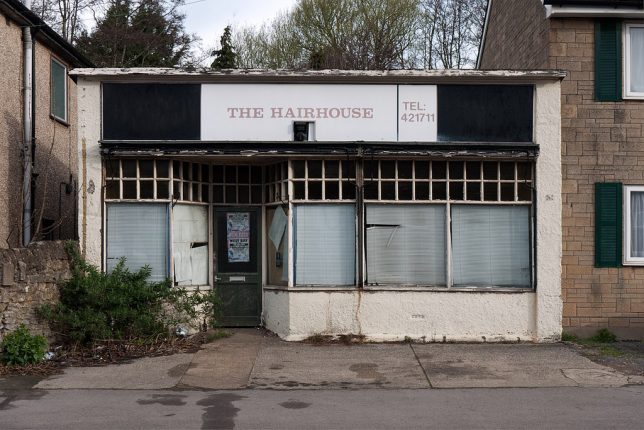 It would seem The Hairhouse, a once viable salon-type establishment in Bridport, Dorset just couldn’t cut it… cue rimshot. As stated by a commenter at the Flickr photo page, “With a Dorset accent it could sound like a completely different sort of establishment altogether!” Well, MAYBE IT WAS, hiding in plain sight… but since it’s closed the world will never know. 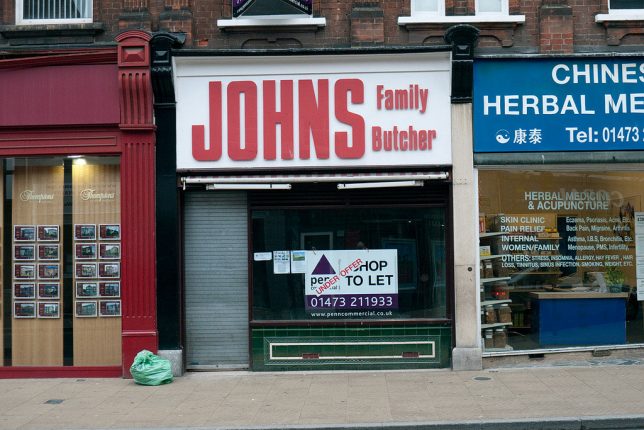 How many families in Ipswich, Suffolk had to perish horribly before Scotland Yard finally caught onto “John the Ripper” and his murderous meat marketing schemes. Pray the Bobbies nabbed the cleaver-wielding maniac before he could butcher whole families again. Meanwhile, this little chop shop of horrors sits abandoned (as of March 2011), cheek-by-jowl with a Chinese Herbal Medicine store that will have to source their “tiger” bones and “bear” gall bladder extracts elsewhere. 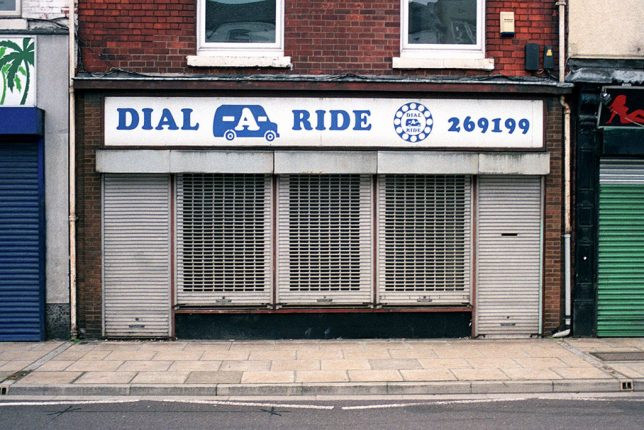 It could be said that Uber wouldn’t be possible without the widespread distribution and use of smartphones. Tell that to the owners of “Dial-A-Ride”, a charitable transportation service that may well still be extant – though not at the above location in Grimsby, Lincolnshire. Mind you, the new generation of ride-hailers was mainly born after rotary phones with actual dials had passed into tech history. 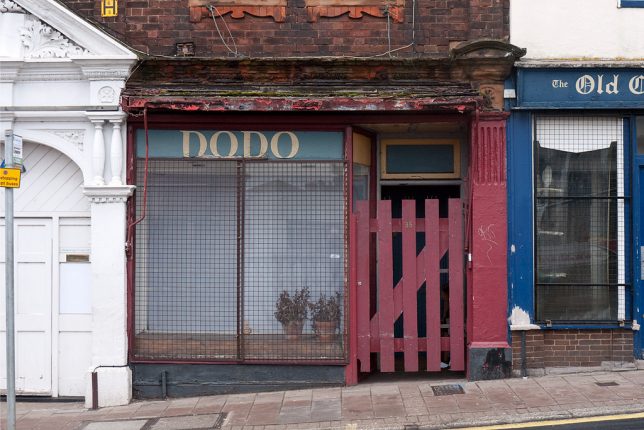 Most retailers seek to be fresh, new, trendy… not old-fashioned “dinosaurs” out of touch with what their customers are shopping for. Then there’s the Dodo… or WAS, to be more accurate. For those unfamiliar, the Dodo was a chubby flightless bird native to the Indian Ocean island of Mauritius. Easy to catch, completely defenseless and (purportedly) dumb as a bag of hammers, Dodos became extinct less than a century after they had been discovered by Europeans, thus achieving lasting ignominy as the poster child for extinction. What a great name for a store!

Kudos and a tip ‘o the cap once again to Flickr member leon S-D (littleweed1950) for capturing these and many, many more defunct British storefronts for posterity.