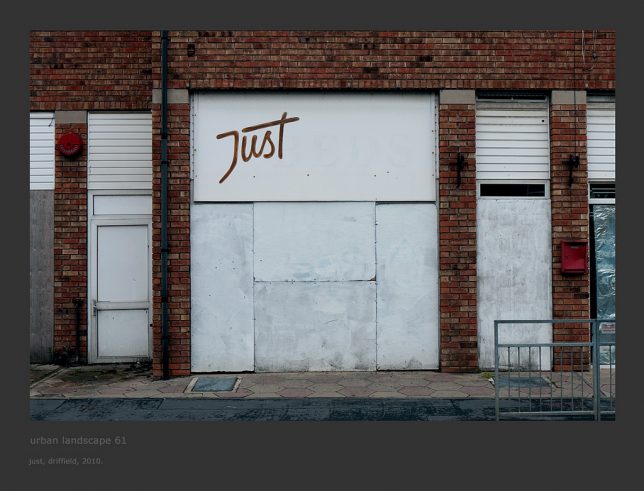 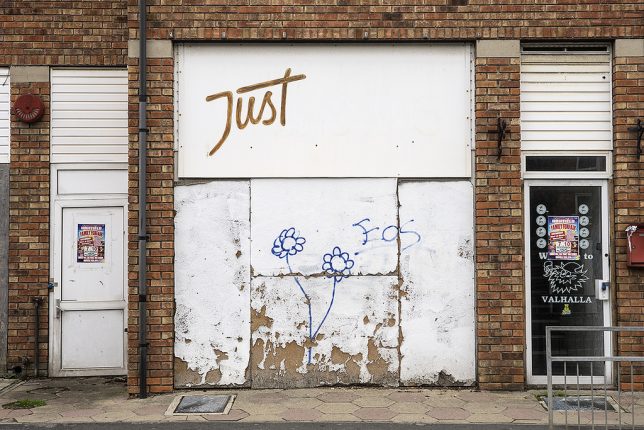 Here’s your problem right here. Big box stores don’t limit themselves to “Just” this or that, they’re as all-inclusive as they can possibly be. Self-imposed limits are often presented as virtues while the unwashed public votes otherwise – with their wallets. We may never know what product this store sold, nor why whomever whitewashed the facade left that single, solitary word in place (but aren’t you glad they did?). Intrepid photographer and Flickr member leon S-D (littleweed1950) snapped the shop in July of 2010 and again in May of 2013. 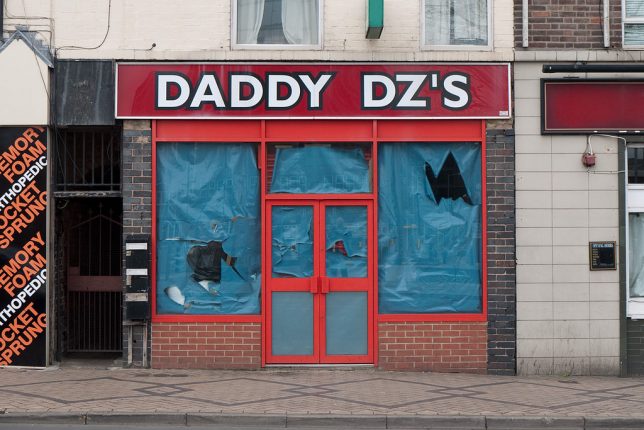 Wow, whoever thought this was a good name for a shop… “Daddy Disease”, really?? You’d think at least the sign maker would give the store owners a heads-up but then, a pound’s a pound and the customer’s always right, right? Perhaps not, as the shop has been shut tighter than a plague ward since at least May of 2013. 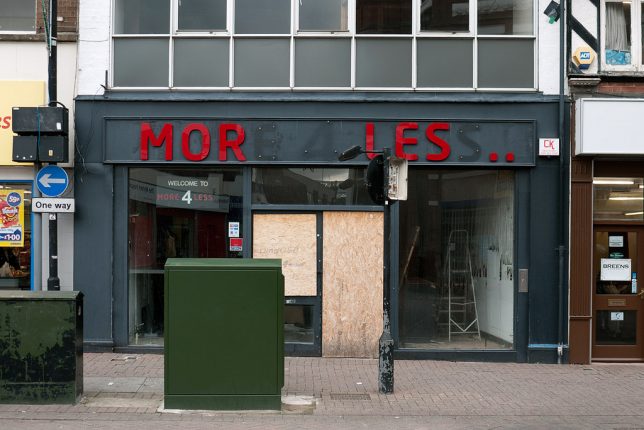 To be Mor or Les, that is the question… and above you’ll find the answer. Situated in Nuneaton, Staffordshire and snapped in November of 2010, this shop that formerly sold more items for less money (never a good business plan) may or may not have been inspired by Old West outlaw Lester Moore‘s famous grave marker in Tombstone’s Boothill Graveyard. Regardless, this particular shop is No Les, No More.

How Low Can U Go? 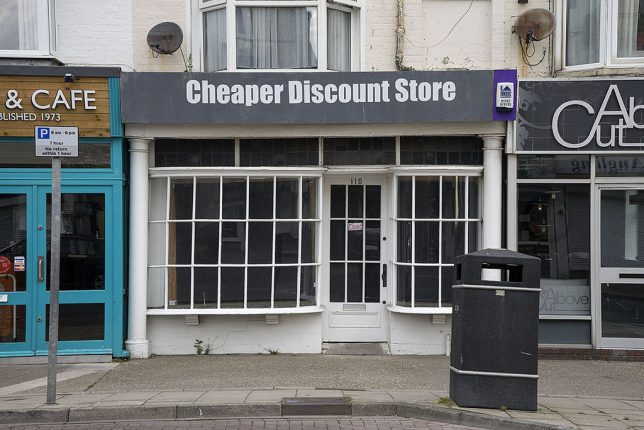 In these dark days when Dollar Stores dominate the retail landscape, one wonders how a “Cheaper Discount Store” could fail? Think about it… a discount discount store! Maybe there’s a certain point where shops flogging worthless crap find themselves essentially dividing by zero. We’d ask the proprietor of the above abandoned shop in Bridlington, East Yorkshire about his past adventures in ultra-low-end retailing but they’re unavailable – presumably running a shop where customers are paid to take items off the shelves.