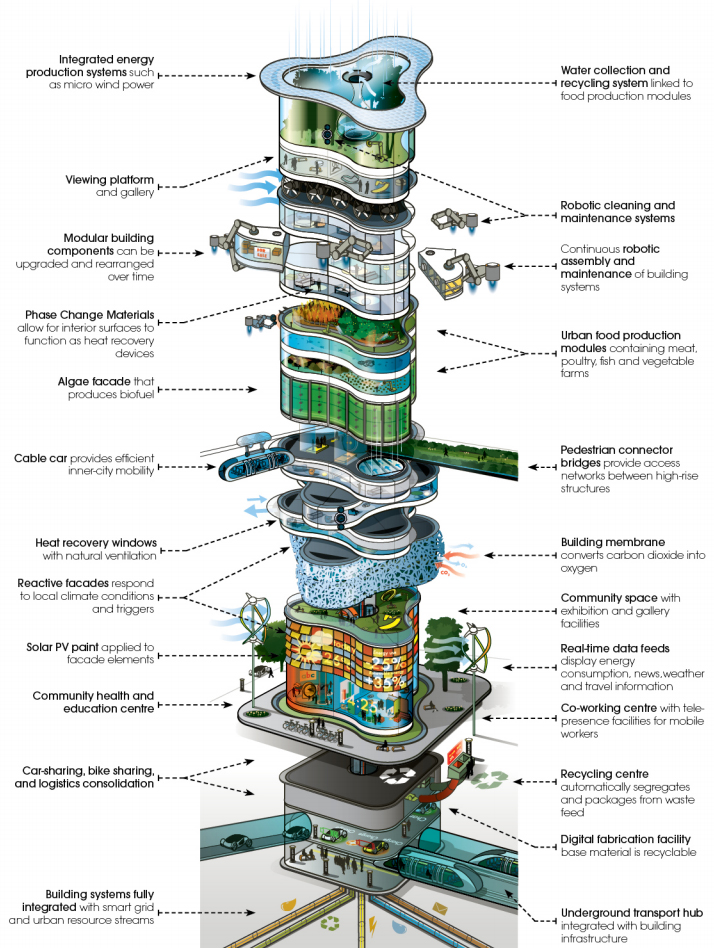 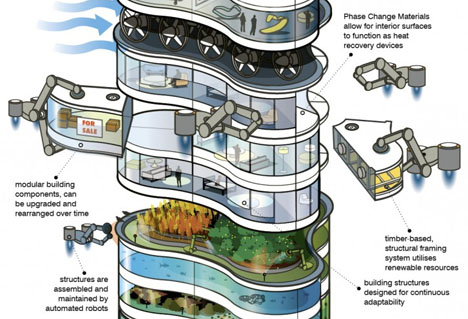 Architects of the 20th Century learned the hard way that actually predicting the future of built environments is essentially impossible. Arup‘s engineers take a different approach with this concept, playing out a number of both feasible and fantastic ideas all in one inspiring schematic design – more infographic than proposal.

Imagine smart systems and fully-integrated transit reducing the cost and time of urban conveyance and decreasing the distance between production, storage and use of energy, food, water and other essential resources. 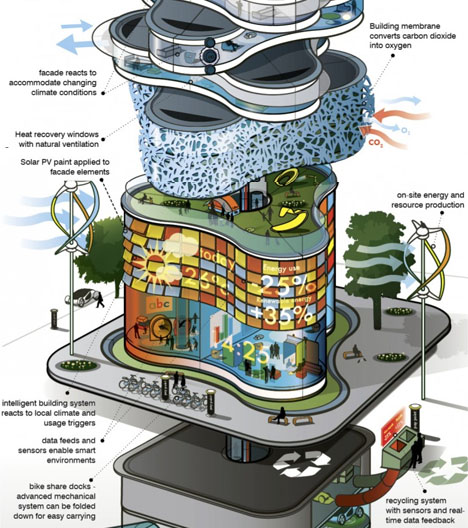 A lot of these themes (buildings producing more energy than they consume, for instance) are already playing out individually and in prototype form in current structures, but the ways in which they with synthesize into new structural languages remain to be seen. 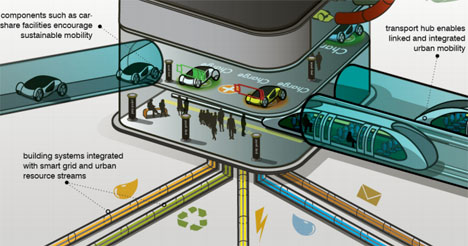 The result is not a design proposal as such (though viewed on those terms, it is a thing of wonder), but an experimental illustration of the kinds of things we might find in the future, fused to and integrated with structures yet unbuilt.