Attention Kmart shoppers… would the last one out the door please turn off the blue lights? These 10 abandoned Kmart stores have rung up their last receipt. 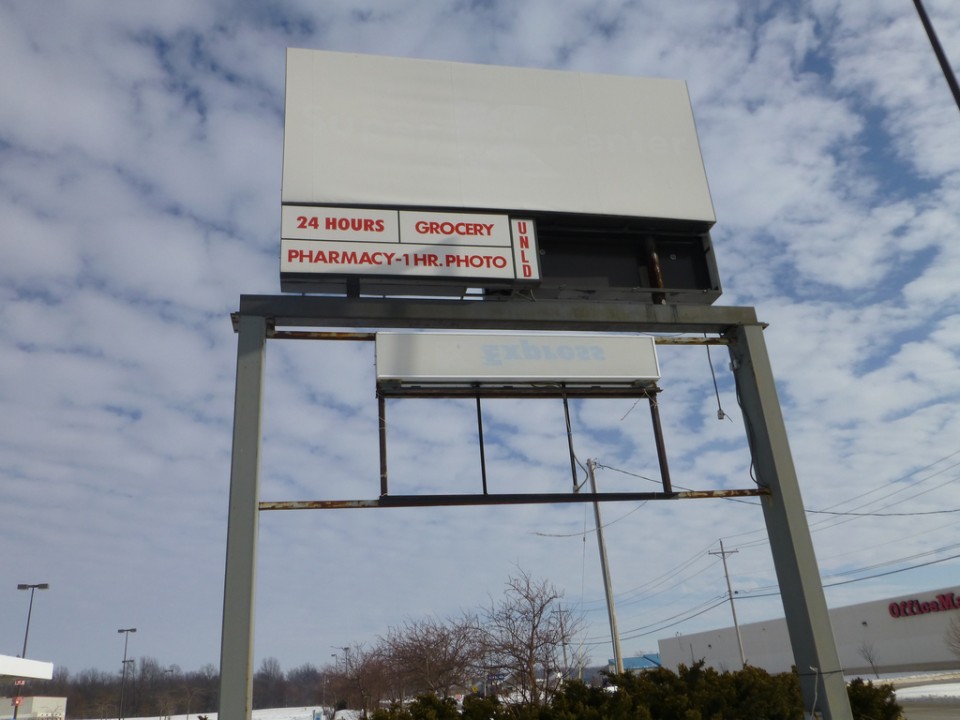 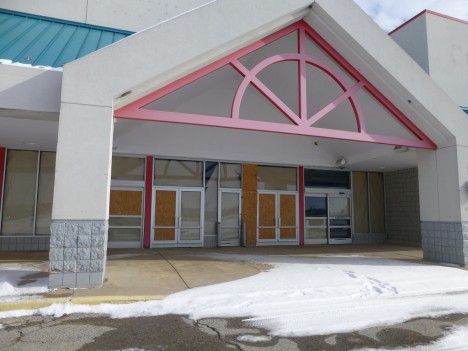 The first Kmart opened on March 1st, 1962, in Garden City, Michigan – one of 18 Kmart stores to open that year. It wasn’t long before “Attention Kmart shoppers!” and the Blue Light Special entered the realm of pop culture. All good things must come to an end, however, though the end for Kmart has been especially long and messy. 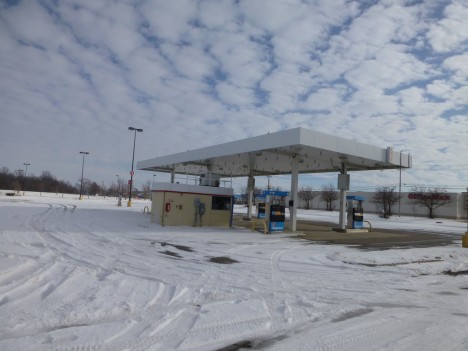 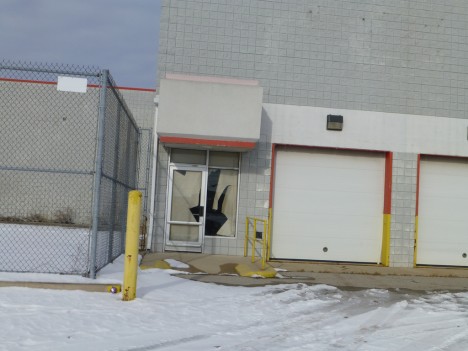 Down to 979 stores (as of January 2015) in 49 states and territories, Kmart’s decline has left hundreds of abandoned buildings in its wake including the one above, abandoned since 2008 in Defiance, Ohio. Kudos to Flickr user Nicholas Eckhart for snapping and posting the images above. 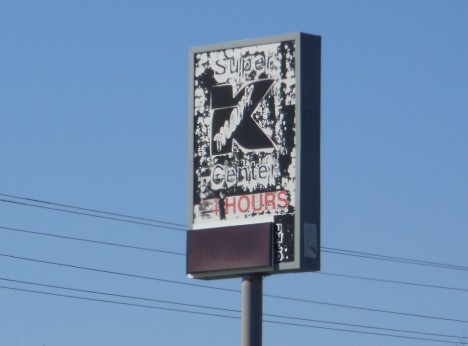 Sign of the End Times? The Walking Dead of retail? This disturbing “Kmart from Hell” sign stands (as of January 31st, 2013) in front of the abandoned former Kmart Super Center at Winchester and Riverdale in Memphis, TN. Built in 1995, the store only lasted ten years before management threw in the towel. Flickr user l_dawg2000‘s photo highlights “some sort of lo-jac device (bottom left on the sign) to discourage stealing it!” 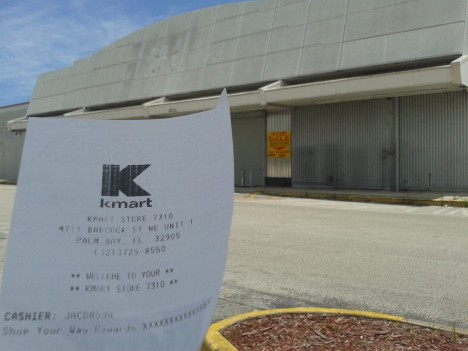 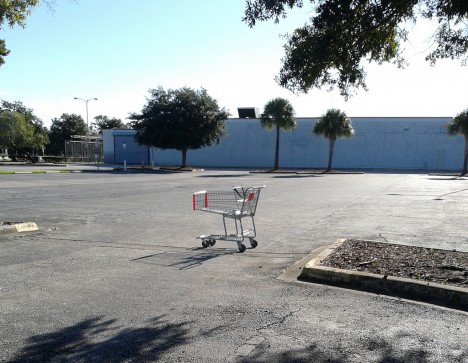 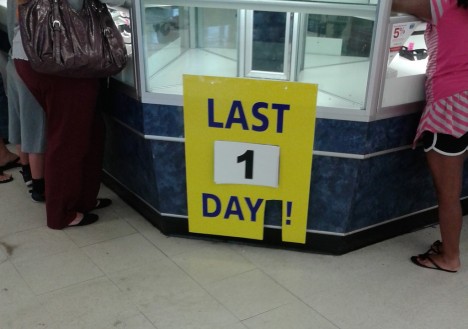 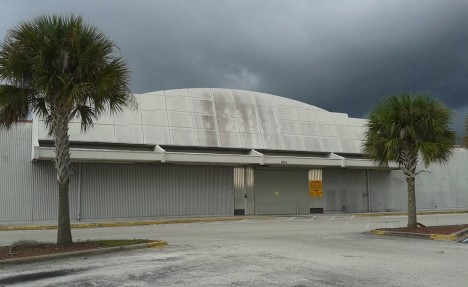 Call it a combo of dedication and obsession: Flickr user Albertsons Florida Blog photo-documented the decline and fall of Kmart #3710 in Palm Bay, Florida (opened 1979), in 217 photos (and two videos) dating from January 28th of 2014 through September 9th, 2015. 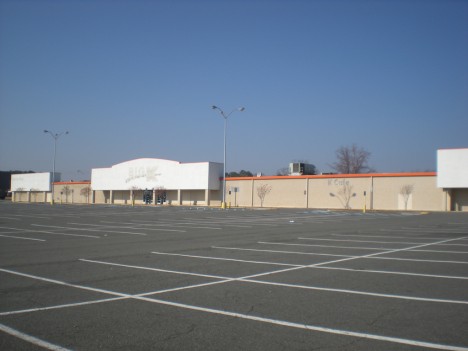 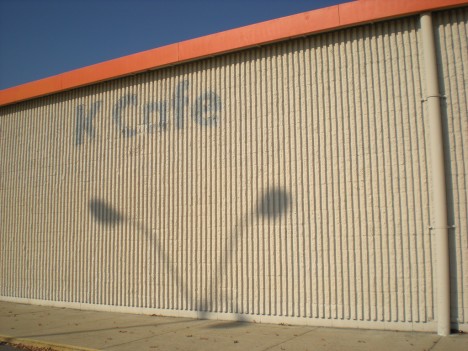 Too big to fail? Nope! Flickr user Ryan (RetailByRyan95) brings us this abandoned Big Kmart (complete with enticing K Cafe) department store at 5432 Glenside Drive in Richmond, VA. The store opened as a regular Kmart in 1977; in 1998 it expanded into the space formerly occupied by a neighboring Winn-Dixie supermarket that had closed the previous year. 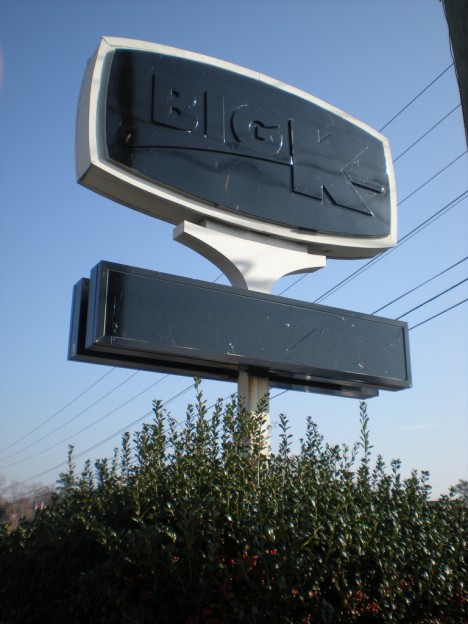 Black signs don’t matter. Newly incarnated as a “Big Kmart”, the store soldiered on until August 2012 when the doors slammed shut for the final time and the sign was blacked out.