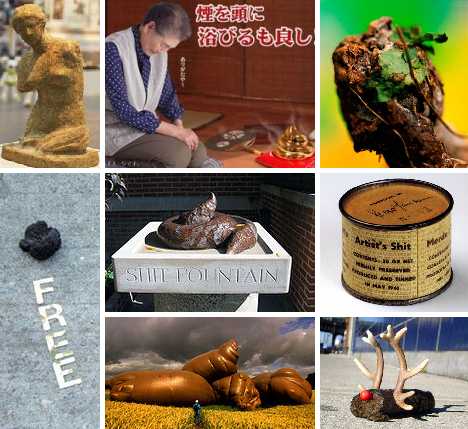 So you think all art is crap, do you? Well, in a sense you’re right because when it comes to creating art from the heart (or someplace nearby), a medium excrement can be an excellent medium. These 11 poop art masterpieces are guaranteed to get everyone – not just art snobs – turning up their noses, all toilet humor aside (or inside). 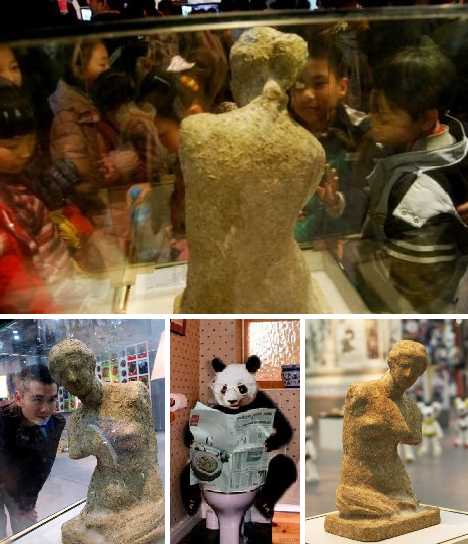 How do you know you’ve got too much money? Well, spending 300,000 yuan ($59,000) on a replica of the Venus de Milo statue made out of Giant Panda dung is a pretty good indication. Not that the sculpture isn’t esthetically pleasing – it was made by children from China’s Sichuan province with a little help from famous sculptor Zhu Cheng – one just worries about its propensity to attract flies along with admiring glances. 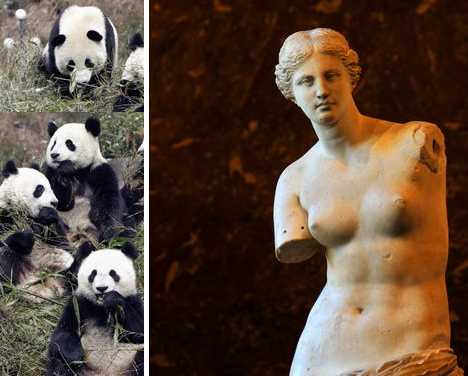 As Giant Pandas are vegetarian, their excrement is said to have a less offensive aroma compared to carnivore or omnivore scat… and by “less”, be advised your mileage may vary. According to a report on the exhibit by Agence France-Presse, “From time to time, people get closer to the statue and smell this yellow Venus and some claim it smells nice.” 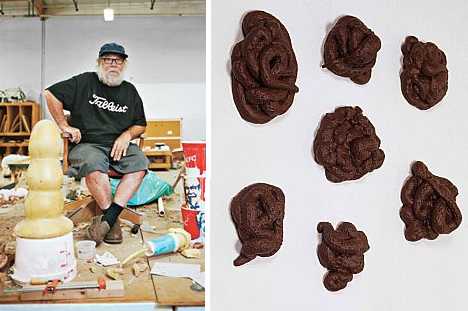 (images via: OC Register and The Canadian Sentinel)

Picasso had his Blue Period; Los Angeles artist Paul McCarthy (above, left) can be said to have had his Brown Period… and we don’t mean Chestnut brown, either. Instead of using actual poop to create his art, McCarthy creates art that looks like poop – and evidently makes a decent living doing just that. Take “Fake Sh*t” (1982), for example. This all-too-lifelike tableau of turds made from enamel-painted cast aluminum is on display at the Laguna Art Museum, and you’re forgiven if you think you’ve accidentally walked into the bathroom. 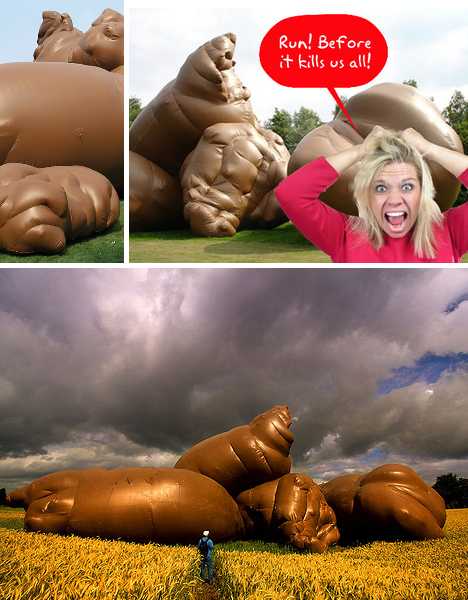 McCarthy’s distinctive poop art achieved unusual notoriety on July 31st, 2008. “Complex Sh*t”, a house-sized inflatable dog turd created by McCarthy for East of Eden: A Garden Show at the Paul Klee Centre in Berne, Switzerland, was blown off its moorings by a strong gust of wind. Kinda like Pink Floyd’s famous escaped pig balloon, only with poop. The artwork floated 200 meters (655 ft) through the air, bringing down a power line and breaking a window before crashing to the ground in some guy’s yard. We’re gonna need a MUCH bigger pooper scooper!

Just Leave It, Sprinkle Brigade’s Got It 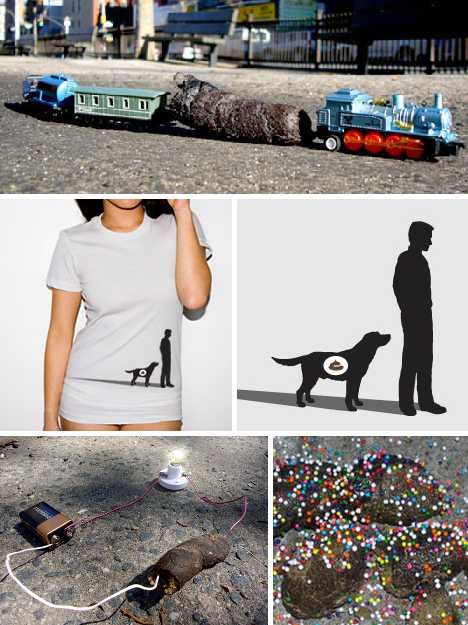 Forget Joy Division, here’s Sprinkle Brigade, a “group of guys that still live in their parents’ basements”… since 2005?? At least they get out once in a while, lured by the sight (and scent) of animal droppings in an urban setting which they upcycle into miniature scenes of life in the wasteland – with the emphasis on waste. Sprinkle Brigade doesn’t sell their crap, er, art… ok, crap art… but they do have a gift shop at the website and have been known to exhibit their dirty work at NYC galleries. SB’s motto: Just Leave It, We Got It.

Here’s a short (but sweet, heh) video of Sprinkle Brigade operatives in action, aided by some overly enthusiastic New York City pigeons who really ought to know better: 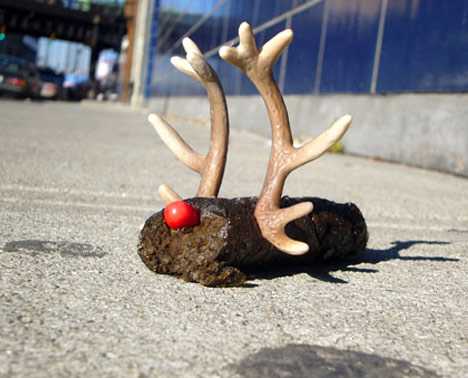 “The weather outside is frightful,” and walkin’ in a winter wonderland is akin to navigating an organic minefield in some parts of the city. When Mother Nature deigns not to accessorize the leavings of urban pets, Sprinkle Brigade takes over: the holiday-themed excretion creation above aims to ape ol’ Rudolf, red nose and all. No wonder they wouldn’t let him join in any reindeer games. 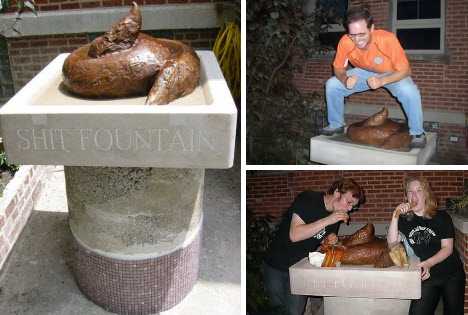 OK, so you’re annoyed by the lack of dog poop pickup in your neighborhood. Do you (a) contact city authorities, (b) do some DIY scooping, or (c) make a stone & bronze sculpture engraved “Sh*t Fountain” and display it in your front yard? If you’re Chicago artist Jerzy S. Kenar, it’s the latter. Surprisingly, his neighbors seem to approve – probably because bronze has no odor. 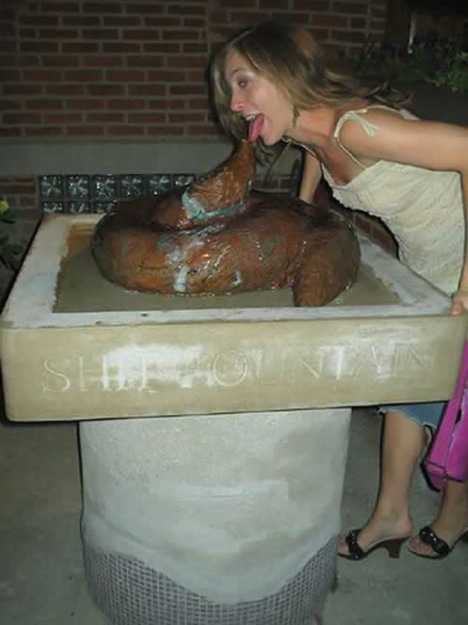 The monstrous metallic movement has become somewhat of a tourist attraction for those visiting Augusta, IL or its environs – hey, is that Jennifer Aniston? Busted! The Sh*t Fountain makes a unique place to share a snack or watch the birds bathe during wet weather… and for pete’s sake, pick up after your pet! 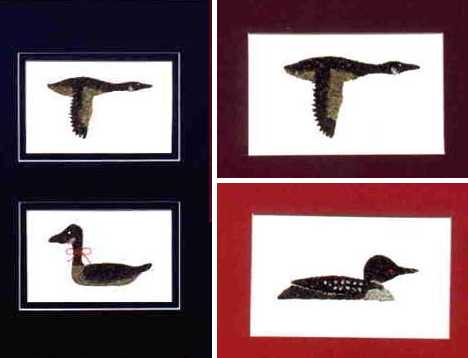 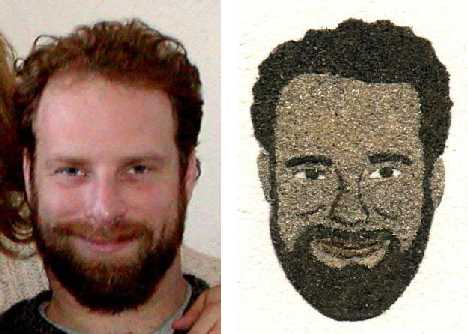 Blum mixes goose excrement with glue to form embossed-style framed images. He also creates portraits he dubs “Sh*theads” from photos customers (or their enemies) send him. So cut the crap – the longtime resident of Rochester, Minnesota humbly asks you to hold the Mayo and spread a little goose poop around instead. Unlike Hellman’s, it might not taste good but at least it’s got good taste. 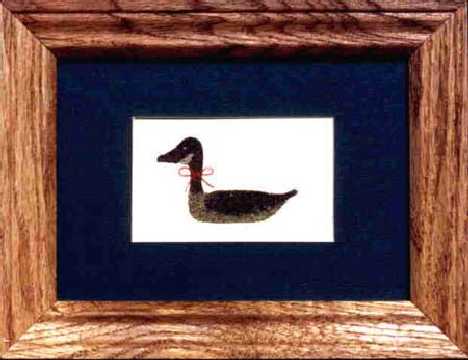 Besides the Mayo Clinic, Rochester is famed for Silver Lake, an ice-free winter stopover for tens of thousands of migrating Canada Geese. Anyone familiar with these plump waterfowl knows they’re virtual flying poop factories that pump out an average 2 pounds worth each and every day – multiply that by 30-odd thousand and you’ve got, well, a sh*tload of goose sh*t. Kudos to Blum for creating something unique and special from this obviously under-appreciated natural resource. 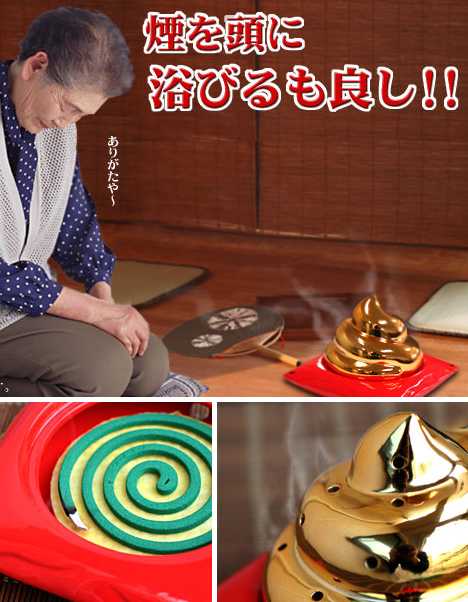 The Jumbo Golden Poop Mosquito Coil Cover – bet you never thought you’d see those words together in one sentence – comes from Japan. Well of course it does! And it would appear to be a gift aged grandparents greatly appreciate, though we can’t imagine why unless it’s made of solid gold (it isn’t). Ideal for displaying on the mantelpiece when you’re not using it to poison bloodsucking insect pests. 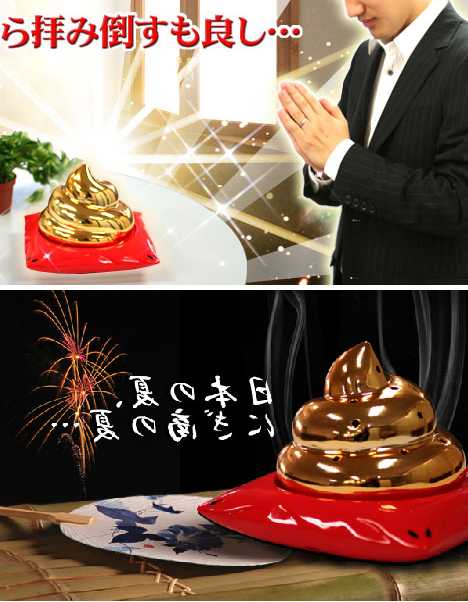 The Jumbo Golden Poop Mosquito Coil Cover made from durable, heat-resistant ceramic and sports a polished golden cover fashioned to resemble some ideal, dream dump no actual person could produce without the assistance of a spotter holding a GPS receiver. The cover is pierced with holes to allow the smoldering mosquito coil secreted within to waft its insecticidal incense – and, not coincidentally, to imitate the appearance of a just-pinched loaf. Wow Japan, just… wow. 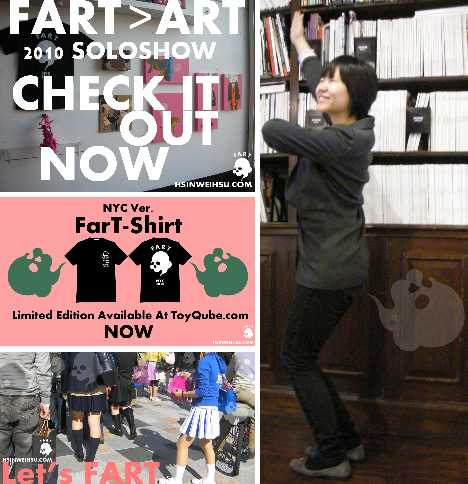 Poop is a multidimensional phenomenon whose associated attributes often cannot be seen… know what we mean? Hsin-Wei Hsu is a Taiwanese-born, NYC-based photographic artist who focuses (pun intended) on such phenomena… he snaps pics of farts. Hsu adds his trademark “gassy skull” to the photos he takes of people (and the occasional cat) who may or may not actually be breaking wind. 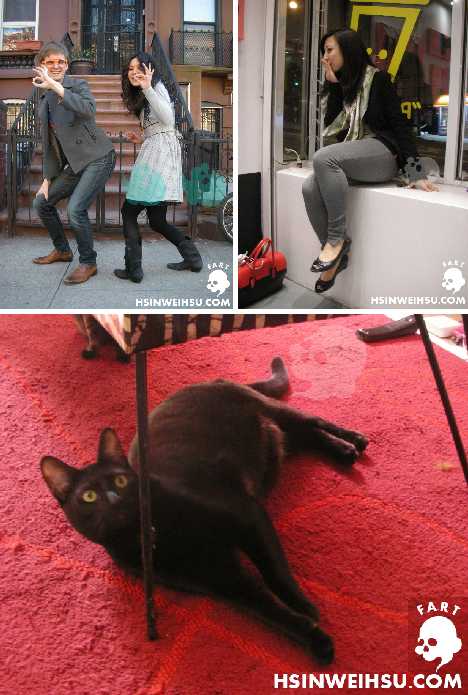 Exactly WHY Hsin-Wei Hsu does this is beyond our imagination but it’s safe to say that Hsu has effectively cleared the room of all other flatulence photographers… flatographers? Visitors to any of Hsu’s global gallery exhibits can at least feel free to let fly and should feel no compunction to exercise the One Cheek Sneak if caught in fragrante delicto. 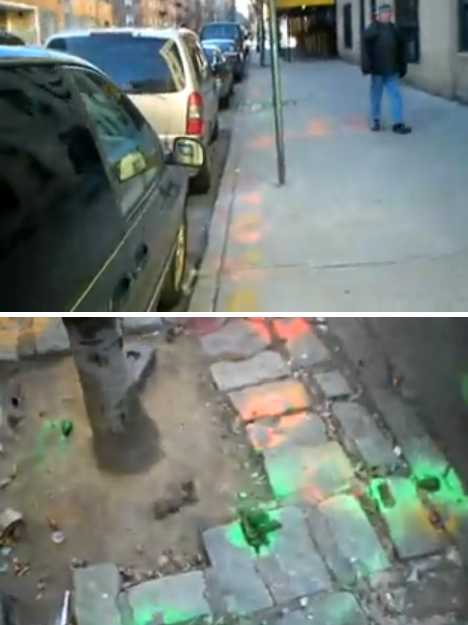 Something’s rotten in The Big Apple, and it ain’t apples… OK, road apples. Remember Jerzy S. Kenar, creator of the Sh*t Fountain? Kenar didn’t like Chicago dog-walkers neglecting to poop & scoop so he erected a fecal fountain in their dishonor. They do things a little different in NYC: an unknown Double Rainbow Guy Of Poop is spray-painting abandoned droppings in bright, neon colors… it’s so intense! 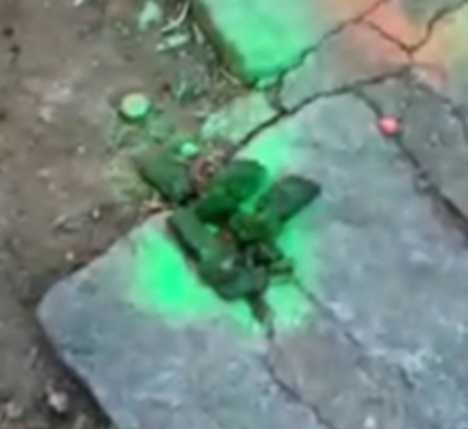 What does it mean?? Let’s call it a bizarre form of Folk Art that combines overt vigilante action with covert graffiti tagging. The poop paintings are also dynamic and evolutionary since wind, rain and time eventually wear away the organic material leaving a series of colorful rings to mark the original misdeed. Groovy, man.

Here’s a short video taken by local tour guide operator Stan O’Connor, who comments “I have very mixed feelings about a guy who does graffiti based on poop.”

Crap In A Can 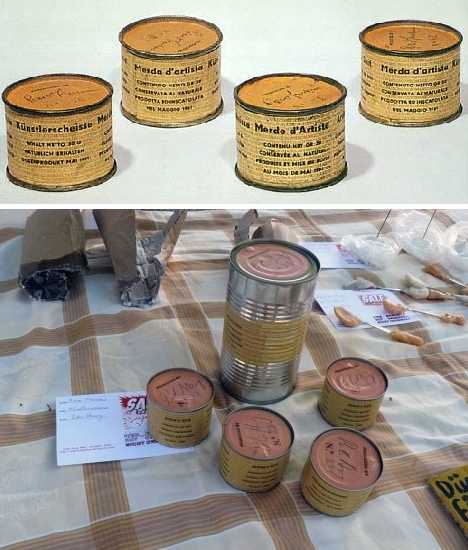 Italian artist Piero Manzoni craps in a can. Not in THE can, A can… 90 cans to be exact, and he did this in 1961 with the intention that each signed and numbered can of crap be sold for its weight in gold. As get-rich-schemes go, Manzoni’s was a trifle ambitious but the artist ended up getting the last laugh: a tin auctioned by Sotheby’s on May 23rd, 2007 sold for €124,000 and in October of 2008, the respected auction house offered tin #83 with an estimated selling price of £50-70,000. Dammit Mom, why’d ya throw away my poop can collection?? 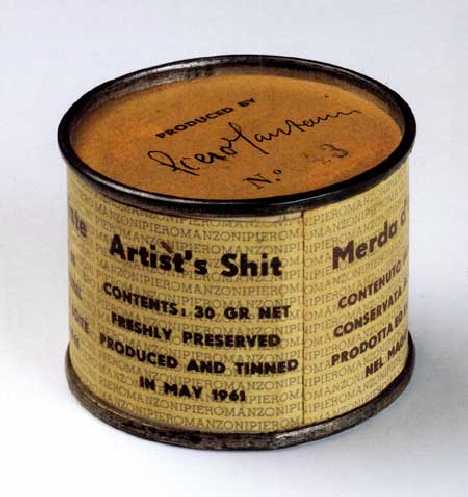 Manzoni’s infamous cans were labeled in Italian, English, French and German with the English text reading “Artist’s Shit, contents 30gr net freshly preserved, produced and tinned in May 1961”. Though persistent rumors hinted that the cans were filled not with excrement but instead, plaster, the veracity of Manzoni’s labeling was proven when a can on loan to the Randers Museum of Art recently began to leak. According to a bacteriological expert called in by the museum’s curators, “the feces wanted out”... we’re guessing any visitors to the museum that day concurred mightily. 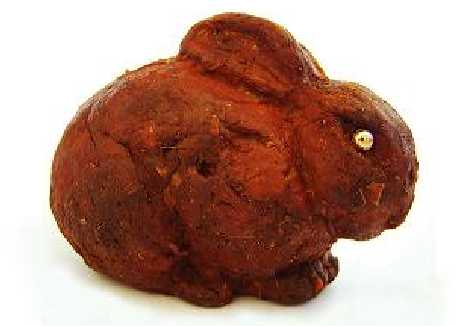 Don’t tell Fidel, but something in Cuba smells funny. The source appears to be artist Grethell Rasua, whose chosen medium is excrement donated by those who commission her artworks. One might say you have to leave a sh*t before you take a sh*t. 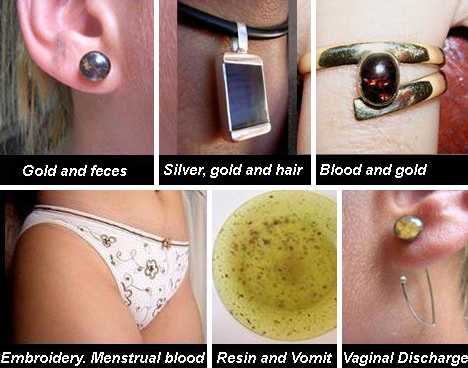 If artistically upcycling your poop isn’t your thing, not to worry: Rasua accepts other bodily waste products as raw materials to create VERY personal jewelry. If the thought of wearing earrings made with vaginal discharge or panties embroidered with menstrual blood makes you want to heave, that’s cool, Rasua will also work with donated vomit – sealed in resin for optimum preservation. 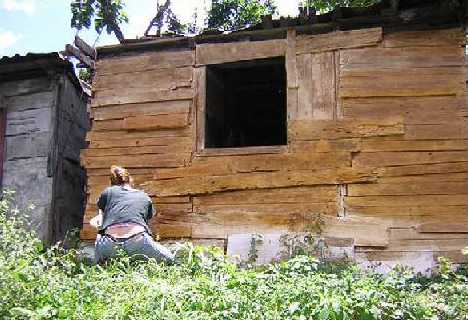 Rasua’s excrement art has its practical side, such as a 2005 “beautification” project in which she painted the exterior of a Havana family’s house using a mix of 30% clear varnish and 70% excrement – donated by the home’s residents. It’s unknown whether the house’s unusual paint job survived Cuba’s many tropical rainstorms or succumbed to a sudden, severe attack of the runs. 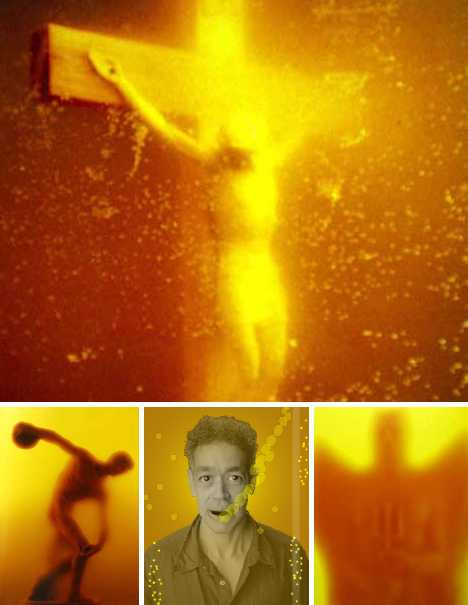 Perhaps the most notorious example of art made from bodily waste is Piss Christ, a photographic composition composed in 1987 by photographer Andres Serrano. The image appears to depict a wooden crucifix and white plastic Jesus figurine submerged in urine – stated by Serrano to be his own. The inflammatory artwork ignited a firestorm of controversy in the United States, not so much for its imagery but from the $15,000 grant provided to Serrano by the taxpayer-funded National Endowment for the Arts. Piss Christ has also sparked the production of a number of artworks that reference it, such as (above, L to R) the Piss Discus, Piss Serrano and Piss Satan. Rated “P” for immature audiences. 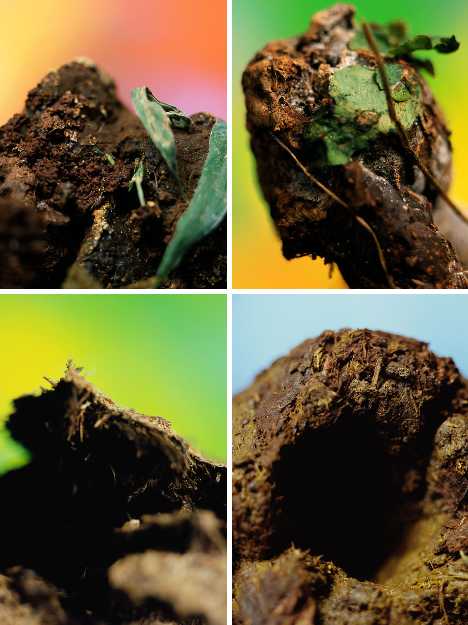 Although Piss Christ may be Serrano’s number one artwork, literally, he’s also diversified into number two and by the looks of things, criticism hasn’t affected his urge to push the offensiveness envelope. Says Serrano, “My ego as an artist says I can make anything look good, even sh*t.” Think he’s full of it? Consider, if you will, 66 dung piles dumped by 66 animals – a veritable Pokemon of poop! Serrano’s fetid photos, blown up to 8 feet high, were displayed at NYC’s Yvon Lambert Gallery in the autumn of 2008. Titles included (above, clockwise from upper left) Romantic Sh*t, Jaguar Sh*t, Deep Sh*t, and Bull Sh*t. Now that’s some scary sh*t right there… which reminds us, the series also includes Scary Sh*t. Wasn’t she one of the Spice Girls? 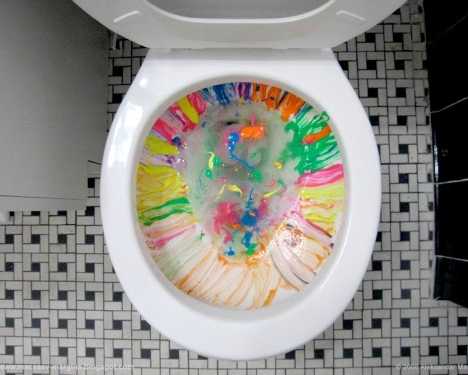 Art with a message or the art of making a mess? There’s a fine line between the two, and most of the examples above lurk in that fuzzy region where individual perception is the uncommon denominator. How about the technicolor throne above? Like it, hate it or dismiss it with a grab of the flush handle, at least now we know that at the end of the gold there’s a pot of rainbows.