Vladimir Putin of Russia is a polarizing figure to say the least, as these examples of street art, graffiti and stencils from all over the world illustrate. 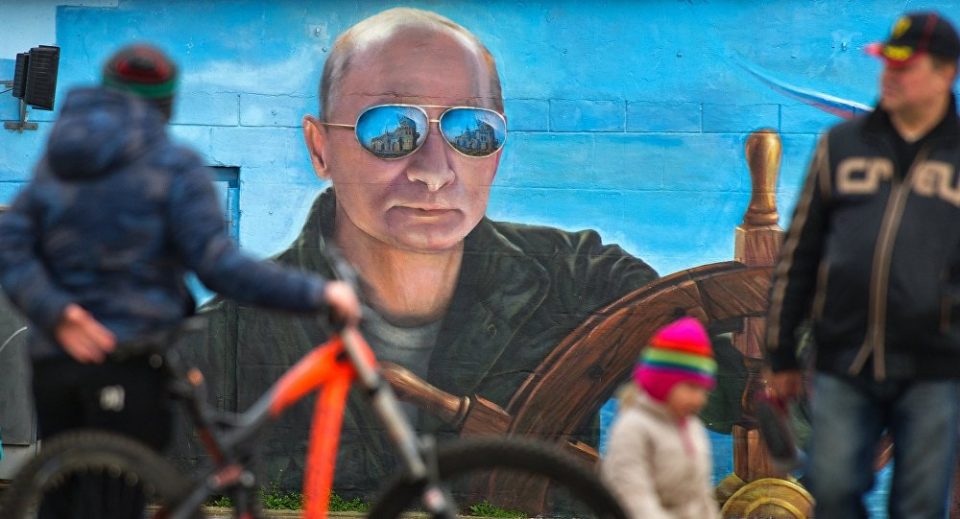 Considering his position at the zenith of Russian politics for most of the 21st century, it’s really no surprise Vladimir Putin has topped Forbes list of The World’s Most Powerful People the last four years running. Such global influence hasn’t gone unrecognized by the world’s artistic community either, though their acknowledgment isn’t always complimentary. 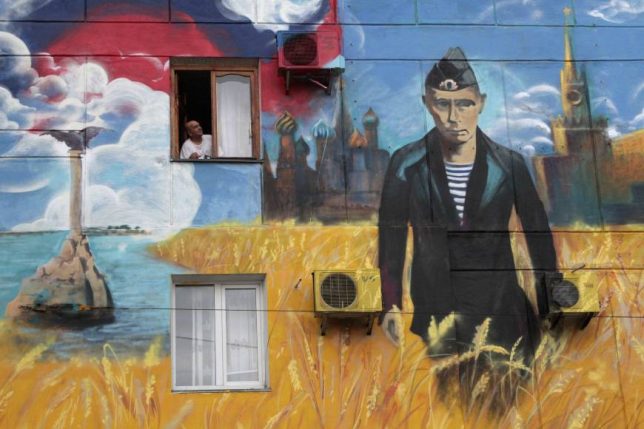 One place where you WILL find pro-Putin street art is in Crimea, the Ukrainian territory annexed by Russia in March of 2014. Are these flattering public portraits really the work of independent street artists? That’s the authorities’ story and they’re sticking to it. 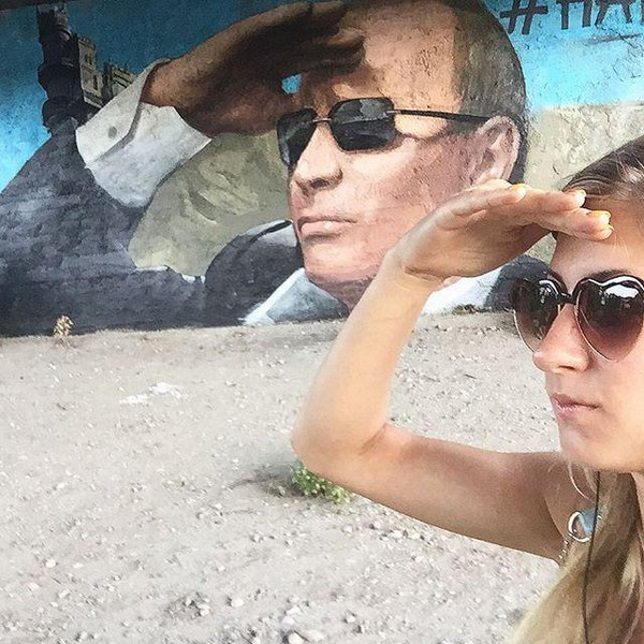 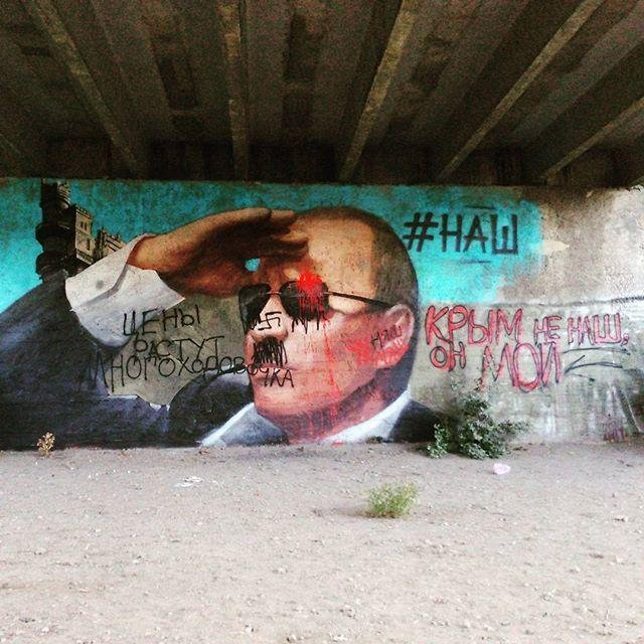 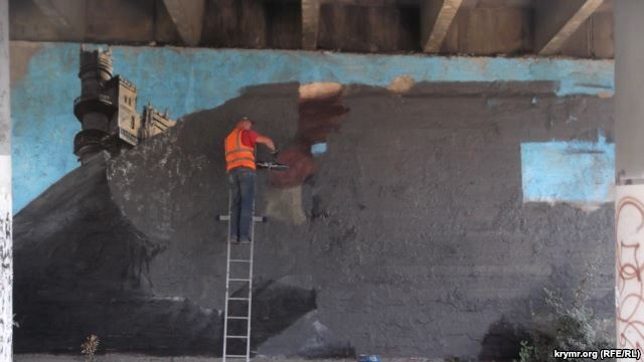 Social media users aren’t sure what to think of the tributes and as one might think, critiques are a delicate matter – Big Brother really is watching. Even so, some anonymous protesters have made their feelings felt, in some cases so effusively the compromised “artwork” has had to be painted over. 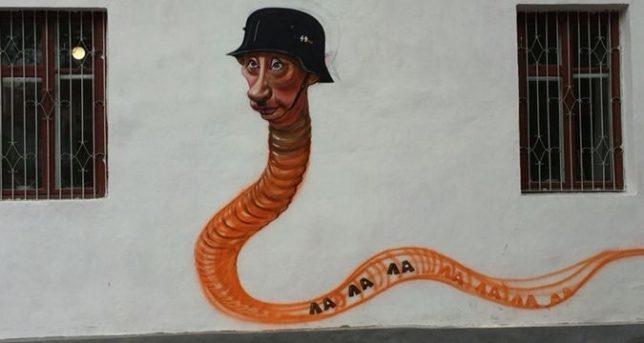 In other parts of the Ukraine, Putin is, er, not so highly regarded. The above graffiti from Ternopol, western Ukraine, implies Putin has acted in an insidious, duplicitous, “wormlike” manner. The German stahlhelm is meant to evoke a previous threat to Ukrainian lives and livelihoods. 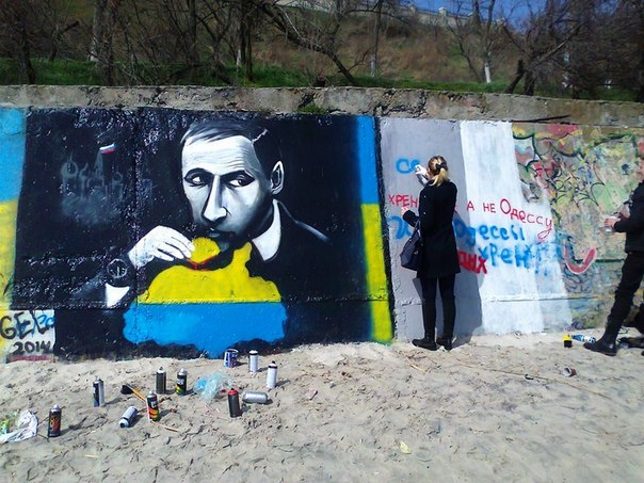 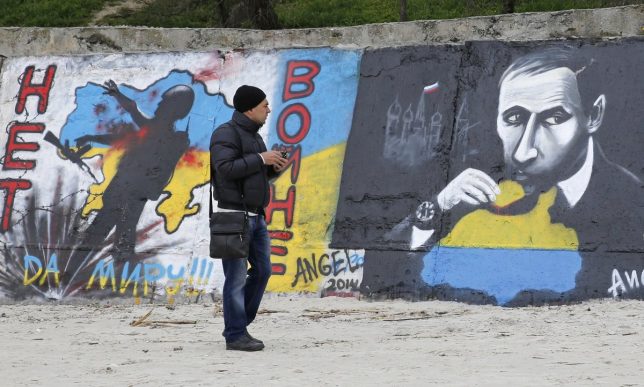 Being the powerful leader of a nation practicing an aggressive foreign policy is a two-edged sword: that leader becomes the focus of resentment, resistance and remonstrance by the aggressees. This graffiti of Putin acting power-hungry was painted in Odessa in April of 2014 by artist Sviatoslav Lavrusenko. “I think, Putin will get indigestion, if he does not stop,” states Lavrusenko on his Facebook page. 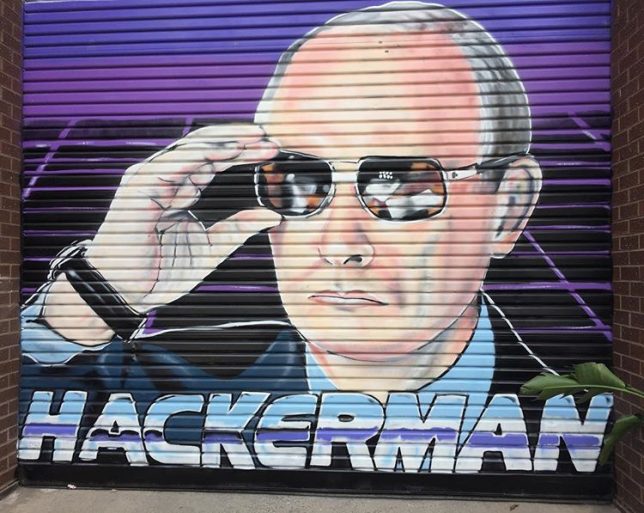 “The character ‘HACKERMAN’ from the 2015 film Kung Fury… is used in jokes regarding a person’s inflated sense of self-esteem when they solve a simple technical issue,” according to Know Your Meme. Russia’s alleged hacking of the DNC during the 2016 U.S. presidential election, however, was (a) no joke and (b) doubtlessly did little to boost Vladimir Putin’s healthy sense of self-esteem. This cleverly painted corrugated metal garage door can be found in Melbourne, Australia.