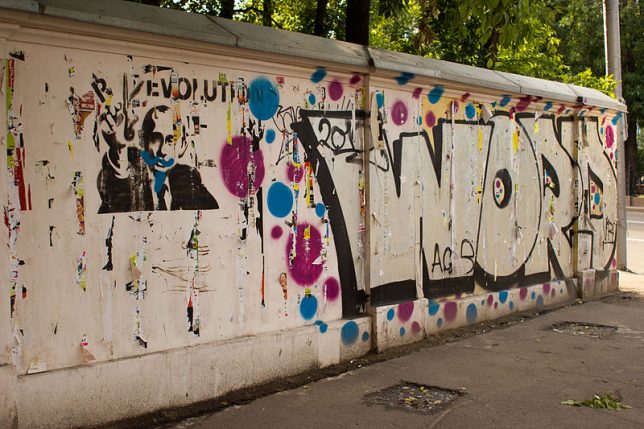 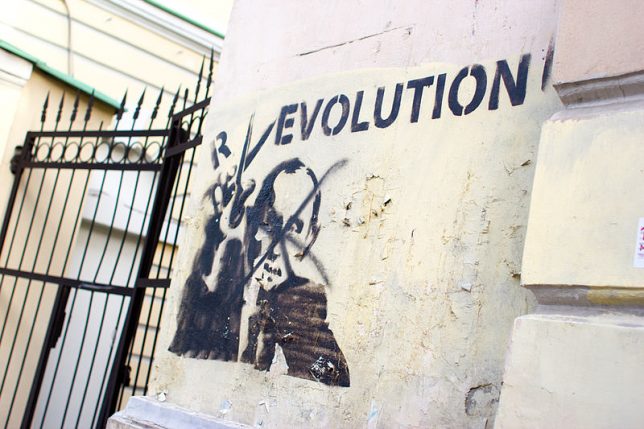 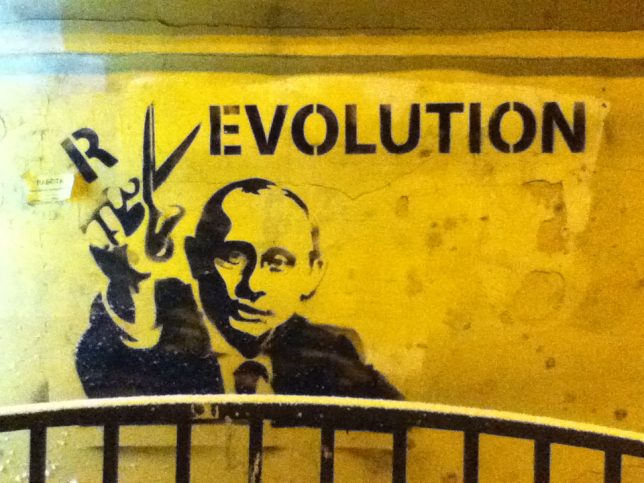 “Snipping snipping snipping goes the Scissor Man, Putin ends to evildoers’ games…” Cutting to the chase, it seems Vladimir Putin can run with scissors and run for high office without getting hurt. At least without HIM getting hurt. These snippy snappy stencils were captured at different locations in Moscow, indicating Putin’s popularity in his home base may not be as cut & dried as he might think.

Bow To Your Sensei 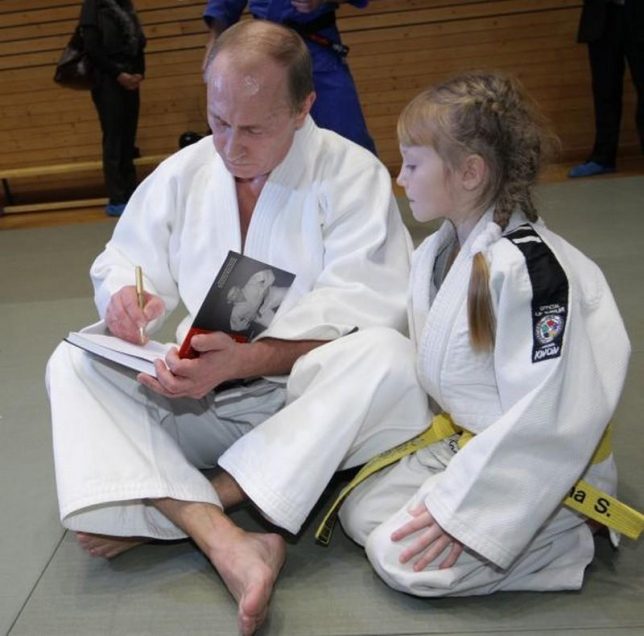 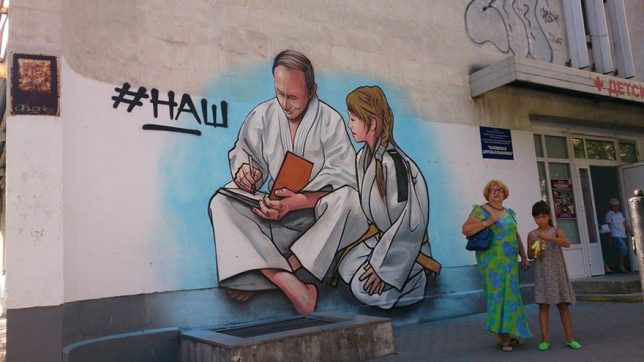 Vladimir Putin holds a black belt in Judo, a sport he has trained in since he was 11 years old. A book he authored on the sport titled “Gentle Way” was distributed to millions of Russian schoolchildren, one of whom is seen in the photo above having her copy signed by VP himself. The photo was later used as the basis of a mural painted on the exterior wall of a children’s clinic in Yalta. 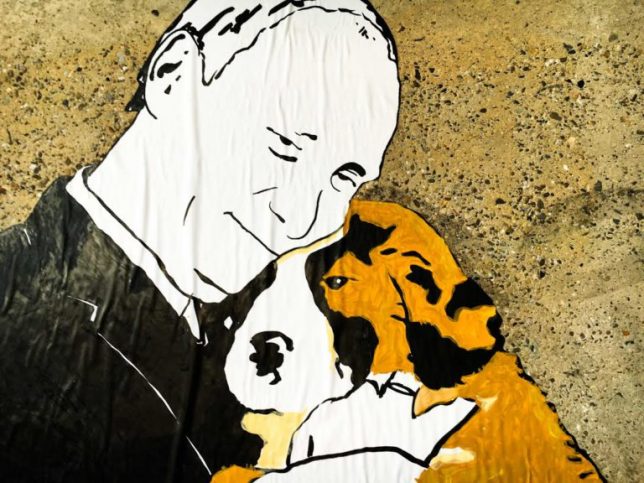 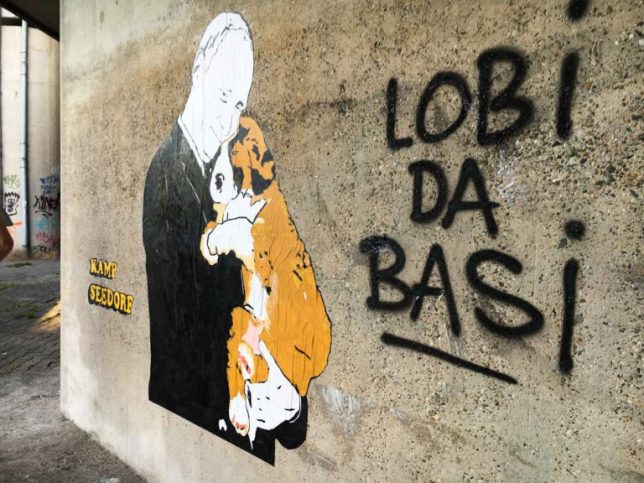 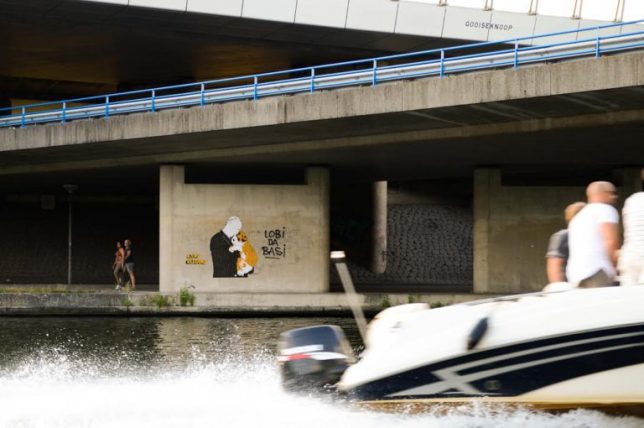 Vladimir Putin loves dogs – he currently owns two, and he loves to show them off to other world leaders such as Germany’s Angela Merkel. Street artist Kamp Seedorf installed a graffiti mural of Putin with one of his pooches under a road overpass near the Dutch town of Duivendrecht in July of 2016. 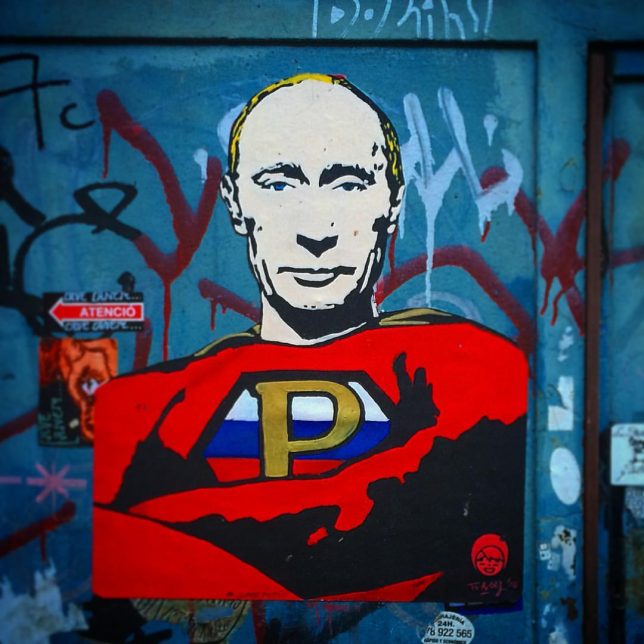 Faster than a speeding bullet, more powerful than a locomotive… but what’s his ulterior motive? Only Putin knows, and he’s keeping that to himself. This “Superputin” paste-up stares out from an alley wall in Barcelona, Spain.

Not Your Average Photo Shoot 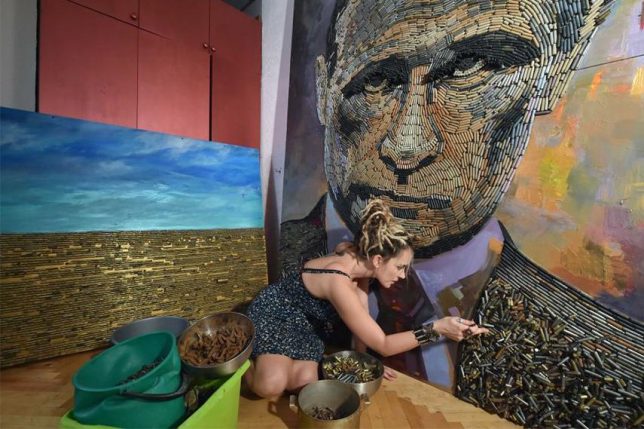 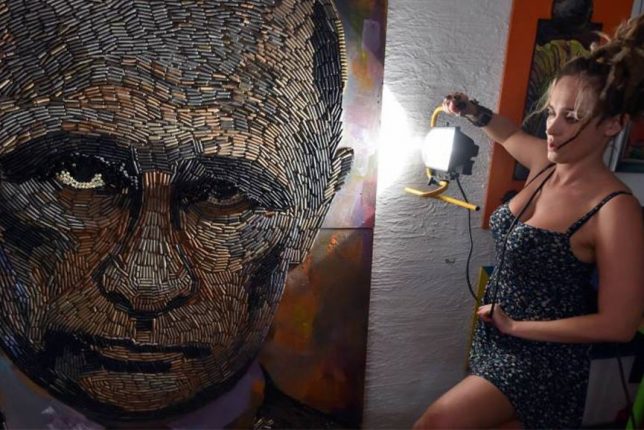 Speaking of speeding bullets, Ukrainian artist Daria Marchenko has created a portrait of Vladimir Putin from spent cartridge shells collected from the battlefields of eastern Ukraine. She got the idea after her boyfriend brought her a shell casing and as she explains in this video, “the quantity of the grief around me was a sign that I had to use a lot of shells.” 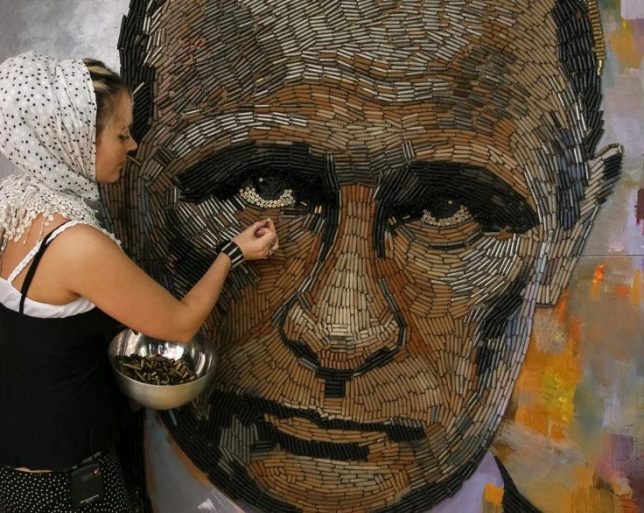 The finished portrait was displayed at an art exhibition held in Washington DC in late 2015. Will VP himself be invited to a showing? We can’t say but hey, it’s worth a shot.