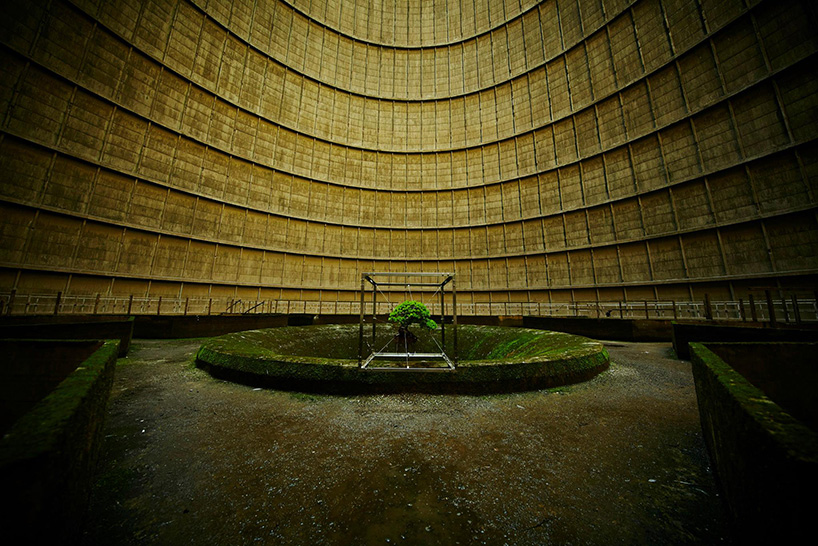 Inside the cooling tower of an abandoned power plant, a tiny bonsai tree hangs from a geometric metal frame, its roots exposed. The only other sign of life inside the cavernous space is an occasional slick of moss. The project meets at the junction between urban exploration, installation art and photography, with no one but the artist witnessing it in person before it was quietly whisked away, the bonsai re-planted to continue its life. 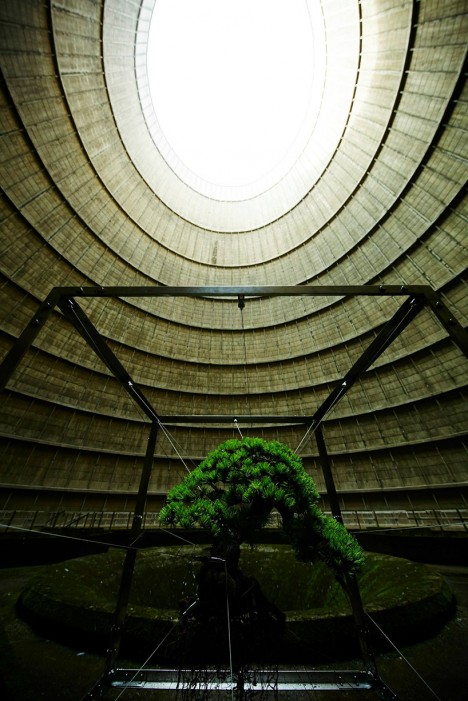 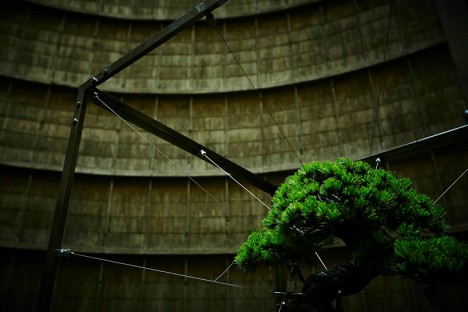 Located in the city of Charleroi, Belgium and originally built in 1921, the coal-burning power plant was decommissioned in 2007 after criticism of its inefficiency. While much of it was demolished, the tower – which once cooled 480,000 gallons of water per minute – still stands as a dystopian monument, drawing in determined explorers despite the security guards posted outside. Before protests shut it down, it was responsible for 10 percent of the total carbon dioxide emissions in the nation. 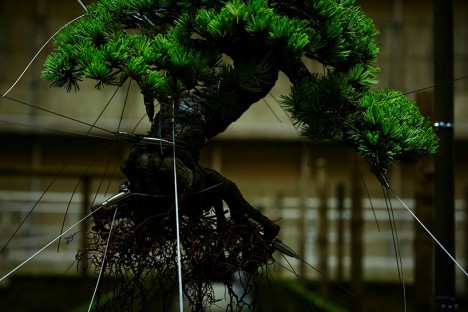 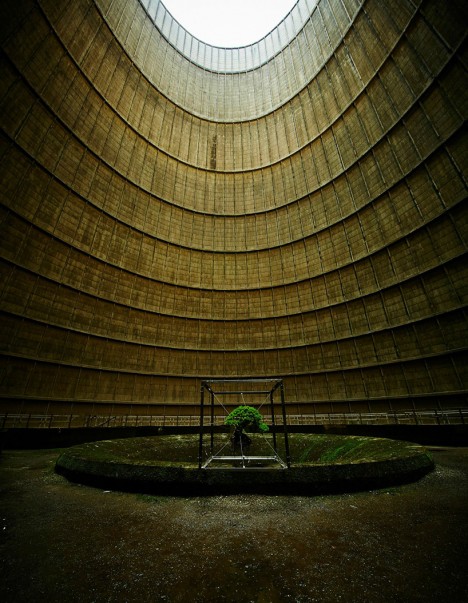 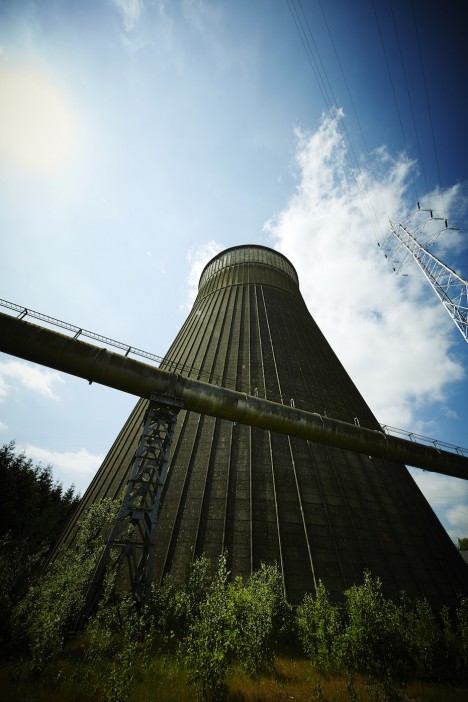 Japanese botanical artist Azuma Makoto doesn’t typically provide any explanation for the meaning behind his installations, but it’s hard not to see some potent symbolism in this image. Bonsai plants are painstakingly constrained by human intervention, and here one floats without the soil it needs to thrive, within a cavernous representation of waste and short-sighted thinking. 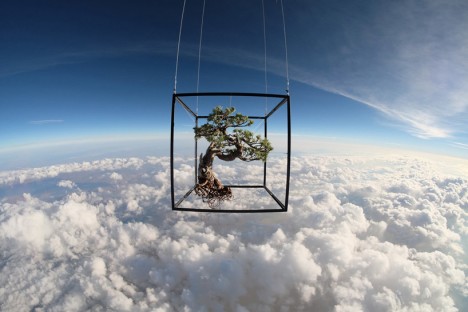 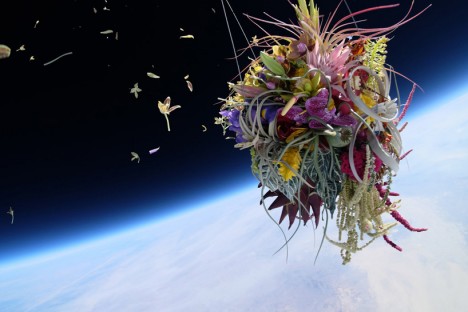 Makoto previously sent a bonsai into space for the Exobiotanica project, suspending a Japanese white pine and a bouquet of lilies and other flowers from carbon-fiber frames and launching them into the sky with a specially-equipped balloon. Six GoPro cameras captured their journey. Said the artist, “Roots, soil and gravity – by giving up the links to life, what kind of ‘beauty’ shall be born? Within the harsh ‘nature,’ at an altitude of 30,000 meters and minus 50 degrees celsius, the plants evolve into exbiota (extraterrestrial life.)”