The way we design and engage with our built environments will rapidly change as we grapple with climate change and develop new technological innovations, and in some cases, radical new ideas will be required. The annual skyscraper design competition held by eVolo recognizes visionary ideas for high-rise projects that challenge our understanding of vertical architecture and its relationship with both nature and existing cities. Here are this year’s winners along with 7 honorable mentions, including an Antarctic skyscraper attempting to reverse global warming, research facilities housed in the trunks of Sequoia trees, and vertically stacked factories sharing smart waste disposal and recycling techniques. 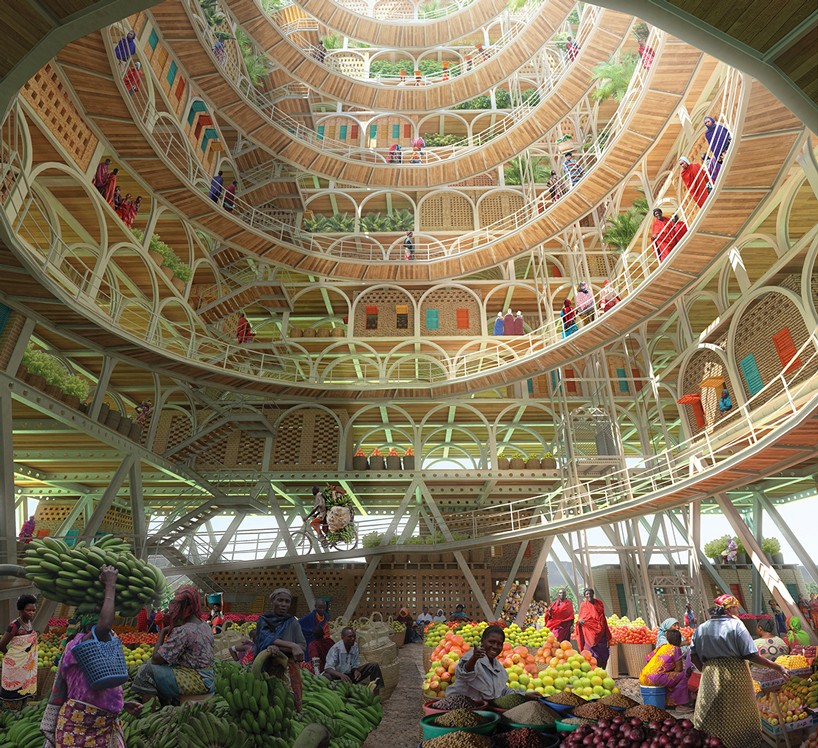 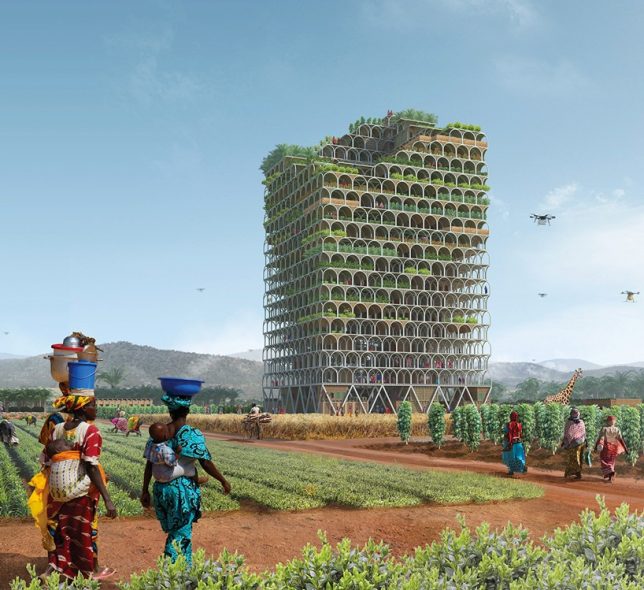 Based on the Swahili word for ‘an area of cultivated land’ often including the dwelling of the farmer, ‘Mashambas’ by Polish designers Pawel Lipinksi and Mateusz Frankowski aims to bring the green revolution of expanded harvests to the poorest people so they can produce surplus food for themselves and their neighbors, helping to eradicate poverty and hunger in their communities. The skyscraper itself is a “movable educational center” providing education, training on agricultural techniques, cheap fertilizers, modern tools and a local trading area, and it’s made of simple modular elements that can expand or disassemble as needed. 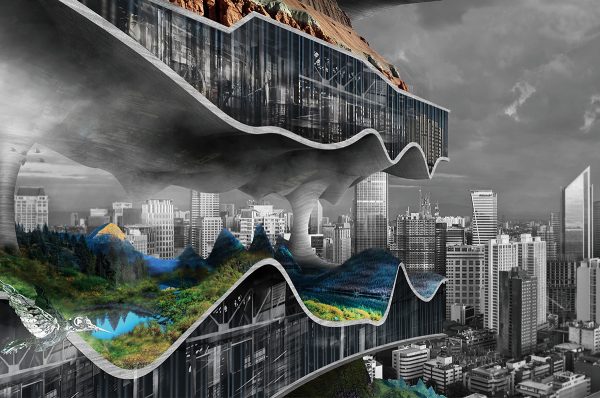 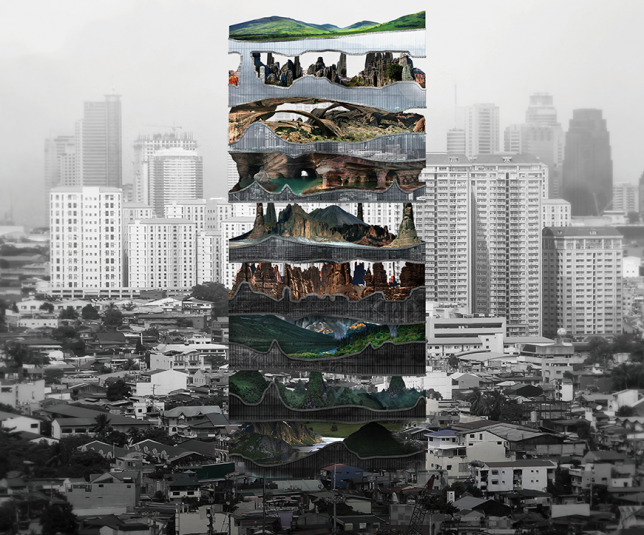 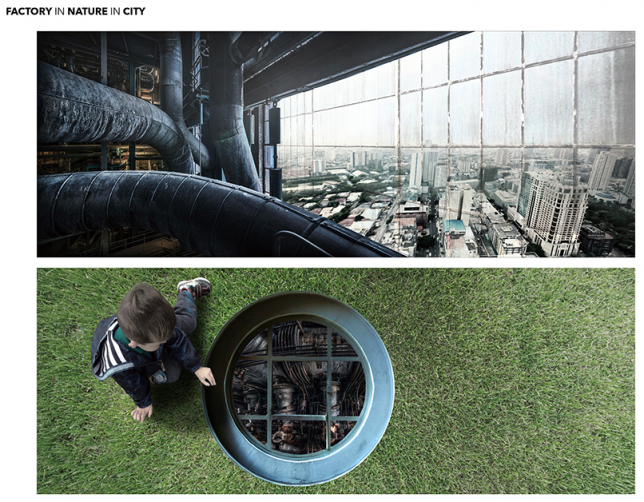 In decades past, prior to a round of improvements that made them far less noisy and polluting, factories were often relegated to land outside cities, requiring workers to commute long distances or move to suburban areas. But we don’t exactly want them taking up valuable square footage in urban areas, either. This concept by Tianshu Liu and Linshen Xie stacks them on top of each other like a towering sandwich so they can all take advantage of the same modern technologies for waste removal, potentially even transforming those waste products into clean heat, electricity, fertilizer and water.

In ‘La Albufera,’ a coastal area of Spain located within a natural agricultural park, a rapid increase in tourism during the summer has led to speculation-based development, threatening the very characteristics that make it so attractive in the first place. Population increases up to 1000% in some areas during high tourist season, and they empty out in winter. The Espiral3500 concept aims to meet the needs of tourists while protecting the natural resources of the territory via vertical growth, packing private and public spaces into a skyscraper with an ‘inverted street’ system. Visitors can wind their way up to the top, enjoying a wide range of shops, restaurants and hotels while taking in the view. 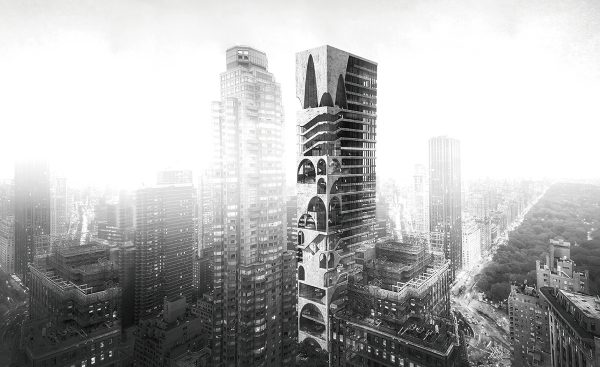 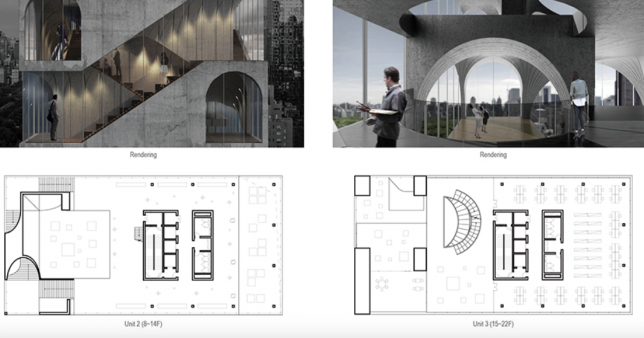 The basis of the Arch Skyscraper is envisioned as “an arch that undergoes transformations through the changes of light, human behavior, and other factors to form different spaces/units, which overlap one another vertically to form the final design.” Double-layer arches inspired by those found in medieval cathedrals and ancient Chinese pagodas are combined with vertical transportation, creating a series of vaulted spaces that are fun to explore. 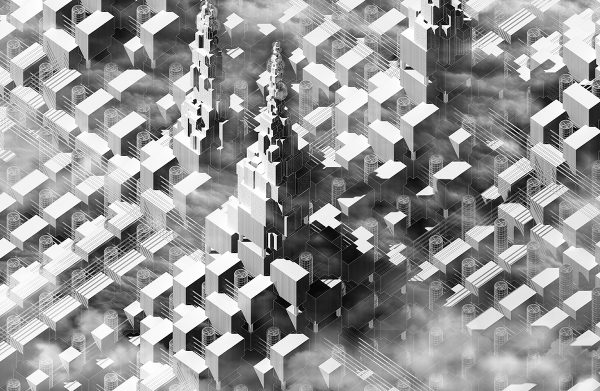 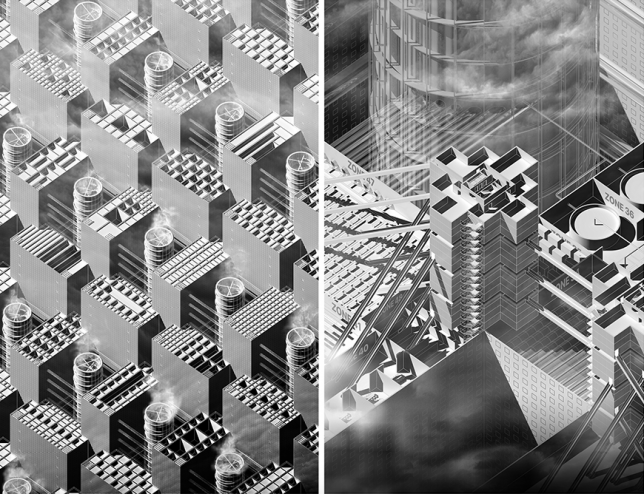 Noting that in the past, older architecture was often demolished to make way for the new in the constant cycle of urbanization, the designers of The Forgotten Memorials skyscraper concept propose requiring every generation to construct new buildings underneath the older ones. This could help preserve the past while accommodating the future on limited land. “They gradually, generation by generation, penetrate the clouds and become memorials beyond the sky.”