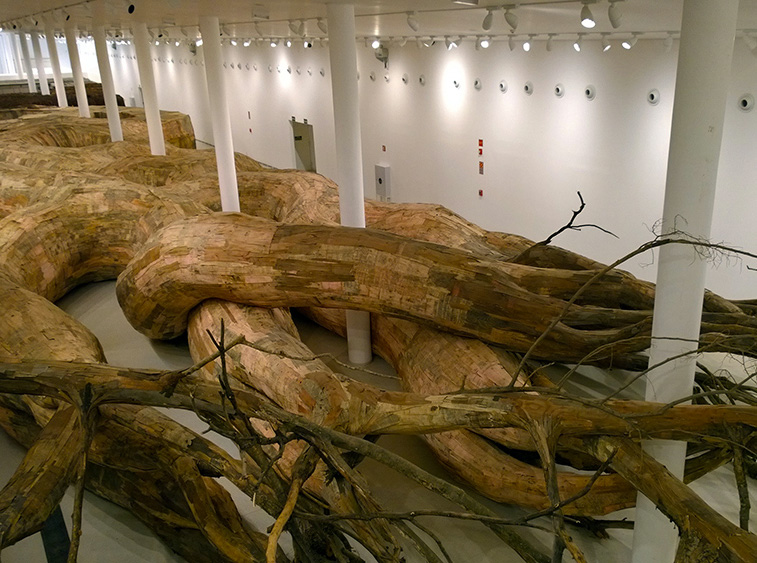 You may have to crouch a little to take a journey through this system of tunnels, but it’s worth it to feel as if you’re traveling through the roots of an enormous tree. Artist Henrique Oliveira has transformed a bare white gallery space at the Museu de Arte Contemporânea da Universidade in São Paulo with a cavernous installation that looks as if nature has taken over. 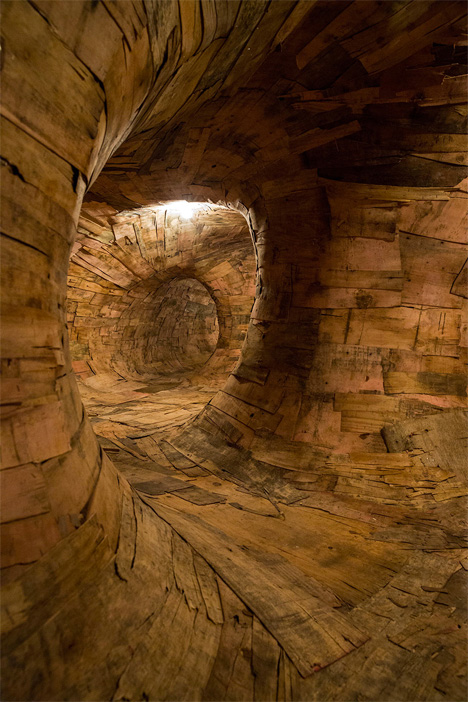 ‘Transarquitetônica‘ fuses real tree branches with tunnels made from reclaimed scrap wood to create an interconnected organic mass that visitors can actually walk through. The wood is an inexpensive temporary siding , known as tapumes, which is often used to obscure construction sites and then discarded. 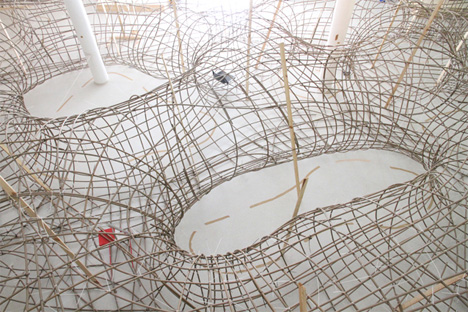 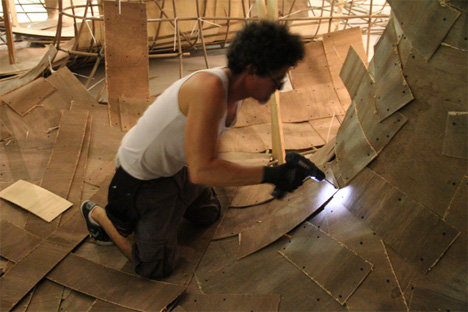 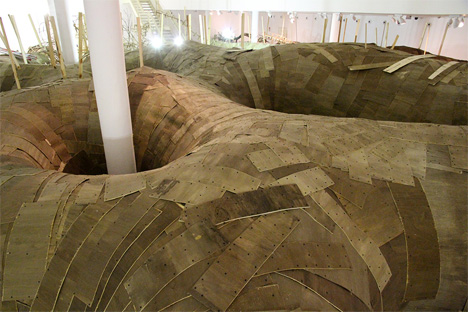 “It’s wood that has been taken from nature, has been cut down into geometric structures, and they have been used by society and discharged,” says Oliveira. “And I take it back and I rebuild the forms there again, creating true nature forms. It’s bringing back the tree aspects to the material. It’s not just an object, it’s an experience.” 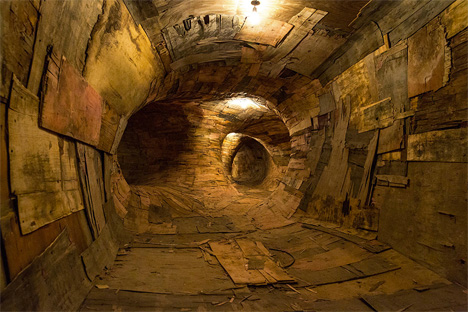 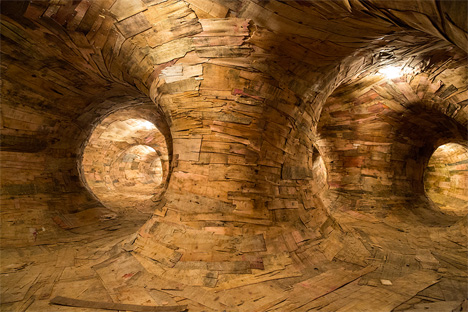 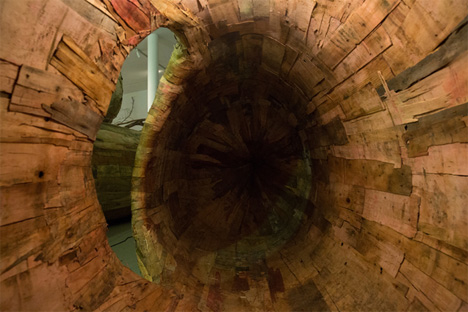 Oliveira’s largest installation to date, ‘Transarquitetônica’ grew from the artist’s original vision because the space provided by the gallery was so vast. The installation will be on display through the end of November.