Adding to its existing collection of over 800,000 seeds, the Svalbard Global Seed Vault has just received a series of 4 deliveries representing species from 100 countries around the world. Started in 2008, this ambitious project is designed to safeguard our agricultural heritage for present and future generations and in the face of climate changes, but also to provide a catalog that inventories available types for future accessibility. 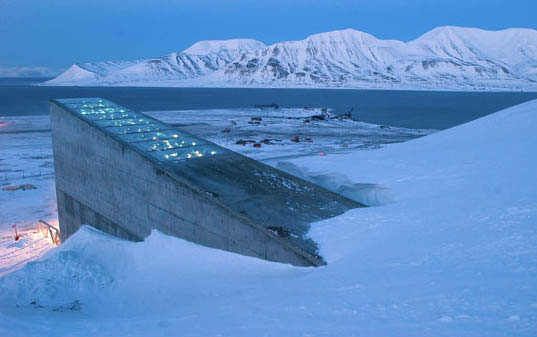 The growing store, managed by the Global Crop Diversity Trust, represents a critical repository of agricultural history and a meat-space (or more apt: seed-space) backup for both global crops and other smaller gene banks scattered around the world. 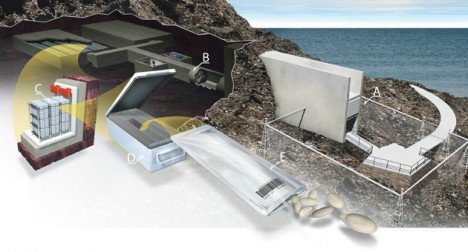 Though the contents were collected in a few cities prior to packaging and reshipment, their types and strains are myriad. “The shipments include types of wheat, barley, corn, sorghum, peal millet, chickpea, groundnut, Asian and African aubergine. Seeds of a number of indigenous African vegetables, including okra, amaranth, spider plant and jute mallow are also being deposited.” 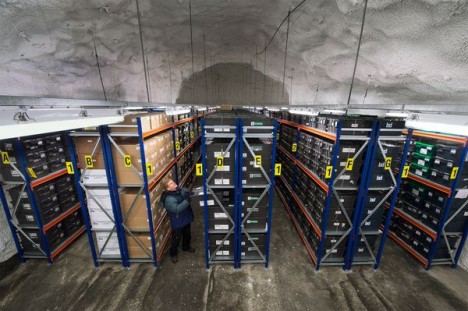 Svalbard, is a Norwegian archipelago in the Arctic Ocean. Situated north of mainland Europe, it is about midway between continental Norway and the North Pole. The seed vault is cut into rock in this remote location, and the seeds within it continuously refrigerated for long-term storage. The vault structure itself, as currently constructed, can theoretically store up to 2.5 billion seeds representing 4.5 million varieties. 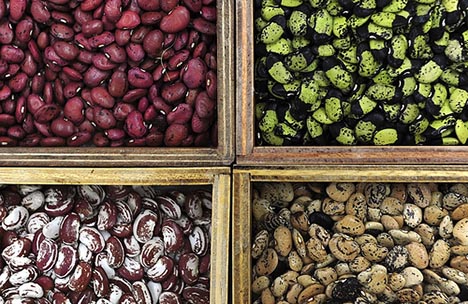 There are many dimensions to the vault trust’s mission. According to the trust, “preserving different food plant varieties will help breed and develop crops that can withstand a changing climate, for example, by being more drought resistant or able to cope with higher temperatures” As a form of genetic wealth, crop diversity provides security for the future of food for farmers and world citizens alike. The GCDT is seeking additional donations from individuals, institutions, businesses and governments to maintain and grow its endowment (approaching $1 billion USD) for the sake of humanity and in the face of climate change. 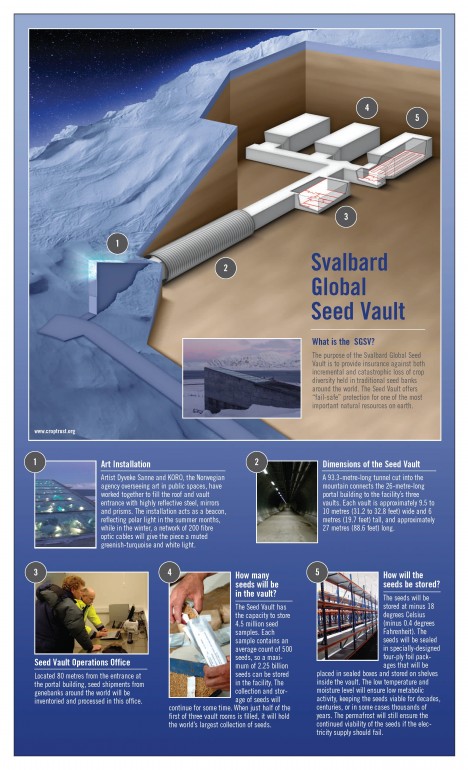 Fortunately for those who worry about the future, there are other repositories around the world providing a cloud-like backup network bolstering the mission of this seed bank. “Worldwide, more than 1,700 genebanks hold collections of food crops for safekeeping, yet many of these are vulnerable, exposed not only to natural catastrophes and war, but also to avoidable disasters, such as lack of funding or poor management. Something as mundane as a poorly functioning freezer can ruin an entire collection. And the loss of a crop variety is as irreversible as the extinction of a dinosaur, animal or any form of life.”