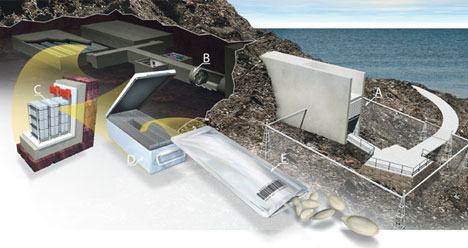 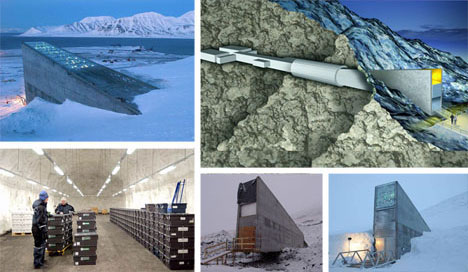 Underground Seed Storage Vault: Located on a remote island only a few hundred miles from the North Poll, the Svalbard Global Seed Vault was constructed as insurance against the loss of genetically diverse crops around the globe While other such collections exist this is by far the most comprehensive and secure such endeavor to date and is located in a more safe region of the world than many similar efforts. The vault currently contains around 1.5 million seed samples and has a capacity of three times that amount. With the surrounding permafrost, the seismic stability of the region and a state-of-the-art security system this is one of the safest storage places ever constructed – and it looks awesome. 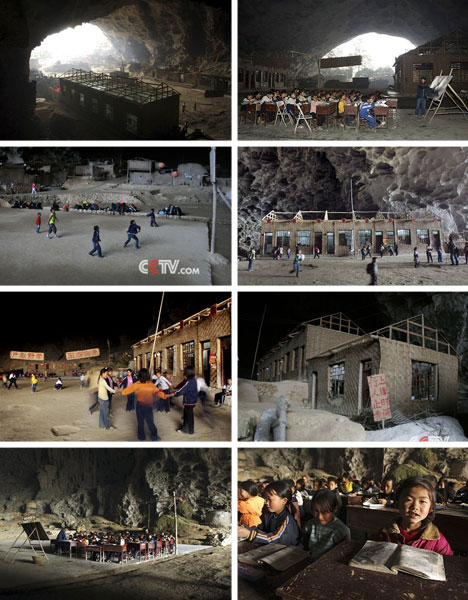 Primary School in a Cave: One thing that stands out right away about this strange Chinese school-in-a-cave is the lack of a roof on the main school structure – but really, why would you need one with the natural rock shelter provided? This naturally occurring cave provides a conveniently sizable space that accommodates not only the primary school proper but also playground spaces and other support structures. One can only imagine the permitting processes, objections and other complications that of a proposal for something similar in, say, the United States. 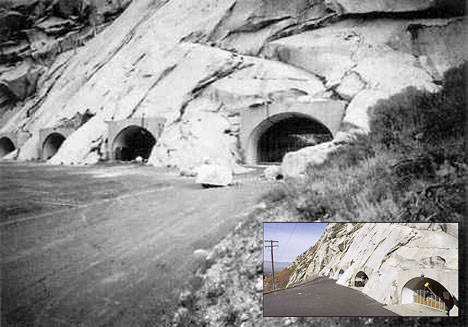 Mormon Genealogical Vaults: The Mormons have some of the most sophisticated and thorough genealogical records in the world – 500 million pages of statistics dating back hundreds of years. So where does one horde such a rare treasure for safe-keeping? There is a nuke-proof underground bunker where the backups are kept carved into a granite cliffside outside of Salt Lake City. While the data is available to the public these original archival copies are kept completely secure. The folks of the Long Now project managed to get access but could only photograph the exterior. Inside, says their intrepid representative, long rows of microfilm storage resemble the endless stacks from The Matrix and a central water-catch zone (from the rock above) is reminiscent of Fremen water catches from Dune. 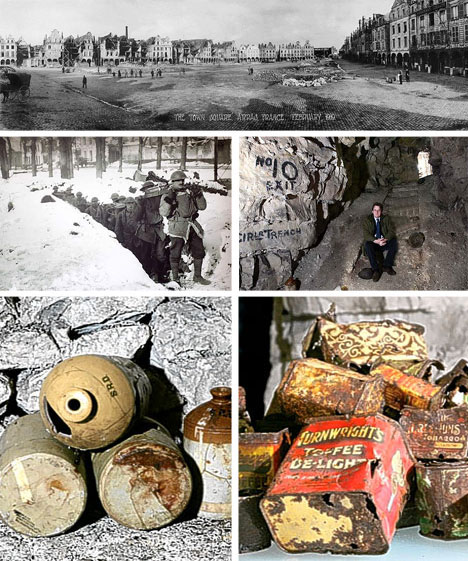 Secret WWI Military Tunnels: Imagine a military tunnel system so elaborate and extensive it housed not only 25,000 soldiers but also contained a church, dining halls, a 700-bed hospital and even a power station mere feet below the enemy. Recently excavated below the French town of Arras is an amazing work of wartime ingenuity – the largest underground project in British military history. By the time the British retook the town in 1916 it was virtually in ruins and still besieged by the Germans. 500 New Zealand sappers worked tirelessly to interconnect a series of existing but isolated underground mines into a 12-mile network of passages and spaces. Amazingly, after the war these spaces were put out of site and out of mind until they became a forgotten piece of history. Only recently did curiosity and clues lead to the rediscovery of this astonishing network and the opening of one small part to the public. 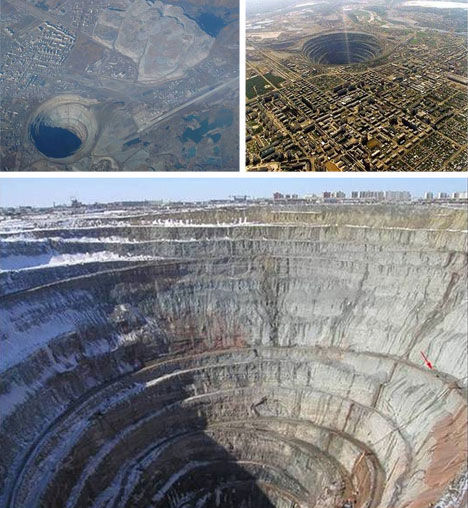 World’s Largest Diamond Mine: The Mirny Diamond Mine in Siberia may be one of the scariest mines in the world (in addition to being the world’s largest open diamond mine). It is over a thousand feet deep and thousands of feet wide. It is so large it actually creates its own local weather patterns and the space above it has had to be designated a no-fly zone for helicopters (after this problem was identified the hard way). Gigantic trucks (like the small dot pointed to above) can haul over 200 tons of material out of the mine at a time, winding up and down the frightening spiral path that leads to the center of the mine. 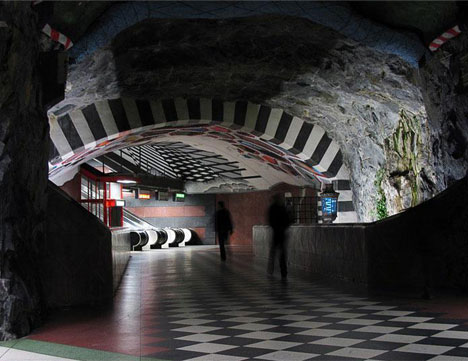 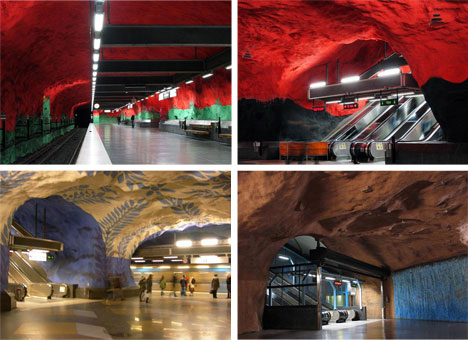 Stockholm Art Metro Station: This amazingly decorated subway station takes the idea of public art to an pervasive maximum with over 100 artists displaying all kinds of work in an enclosed public space. And really, who could use a daily dose or art more than the bustling workers cramming onto public transportation day in and day out? This space has been dubbed the “world’s longest art gallery” with a vast range of strange spaces, designs and artworks including wall sculptures, murals and lighting effects that are as varied as the designers and artists who created them. 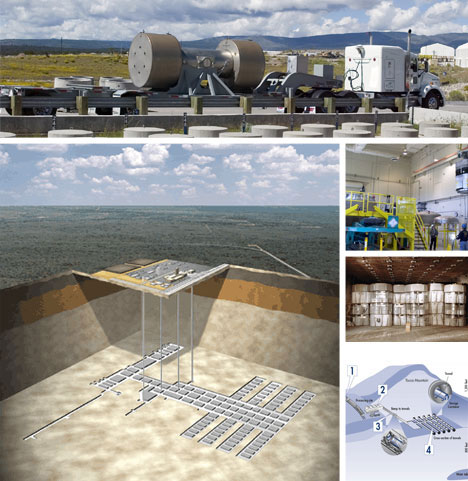 Waste Isolation Pilot Plant: Carlsbad, New Mexico, has probably the last underground wonder in the world you would want to visit. This facility is the first of its kind: a licensed permanent storage space for radioactive waste. The site has been stable for hundreds of millions of years and the surrounding soil is calculated to fill cracks that could occur in the subterranean storage structures over time. Markers have been placed around the site to deter future human interference and potential accidental catastrophe. The bottom diagram above shows the contentious Yucca Mountain nuclear storage facility.

Want More? Check out These Other Amazing Wonders of the World: