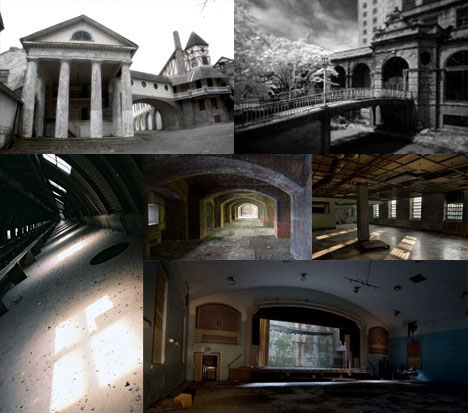 Imagine entire islands and vast building complexes eerily abandoned virtually in your own back yard. This seemingly far-fetched scenario might be more real than you realize. Complexes of more than 150 buildings and even small islands are located near the heart of major cities such as Houston and Washington DC. You may know these 70 Wonders of the Ancient World

but few consider how such ‘wonders’ become abandoned at all. From insane asylums to military bases, hotels to theme parks and seminaries to silos here are 7 (more!) abandoned wonders of America. And see more in our collection of 100+ Abandoned Buildings, Places and Property. 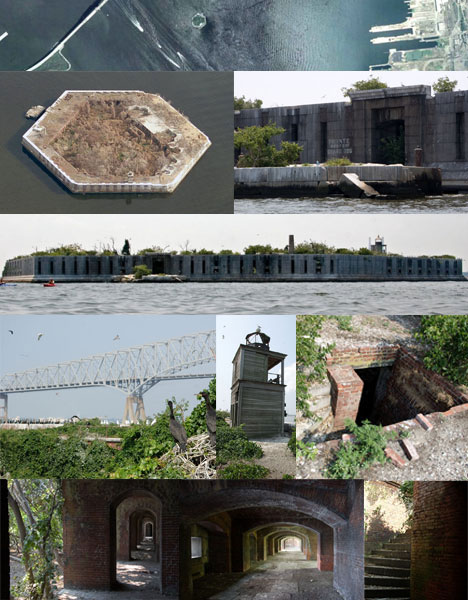 Baltimore, Maryland has a number of interesting abandonments, but none so sizable and prominent as Fort Carroll. Over a century old, this for was constructed in the middle of the 19th century though it never saw war. In WWII it was briefly used as a firing range for the Army and a checkpoint for ships, but has been abandoned ever since. Developers have failed to find uses for it and it has since become a habitat for numerous animals and the site of occasional urban explorations. 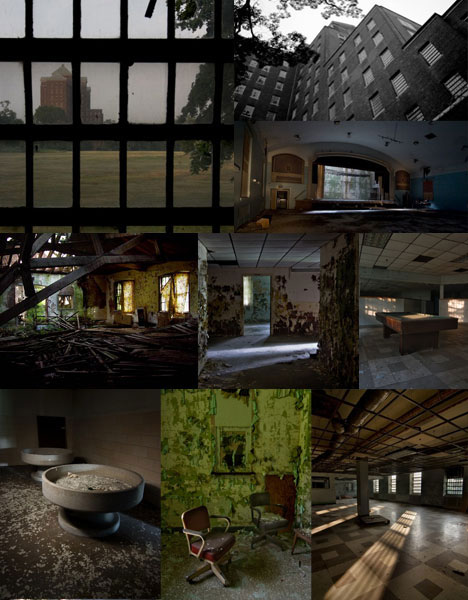 Long Island, New York is home to one of many now-abandoned institutions for the mentally ill. The Kings Park Lunatic Asylum was established in 1885 and grew from a few wooden buildings into a vast complex of over 150 stone and brick structures housing over 9,000 patients. Uses included a power plant, railroad spur and theater and more. Currently only two of the buildings are still active, and there are no solid plans for redevelopment as just cleaning up the land would cost $80 million. 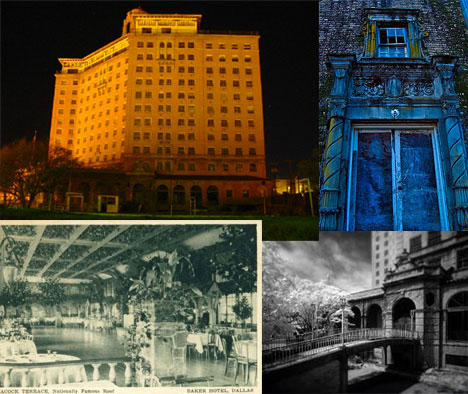 Mineral Wells, Texas is home to a grand old abandoned hotel with the first Olympic-size swimming pool in the United States. Opened nearly 80 years ago, the 14 story Baker Hotel had visits from celebrities including Judy Garland, Clark Gable, Roy Rogers, The Three Stooges, Bonny and Clyde, Helen Keller and even Ronald Reagan before closing its doors. As per a strange promise made to the public, the hotel’s founder Earl Baker closed the hotel on his 70th birthday. The hotel was auctioned and reopened under new ownership but in the late 1960s Baker had a fatal heart attack (strangely enough) in his own grand hotel’s Baker Suite. The hotel closed shortly thereafter for good, leaving behind only pictures of this wonder. 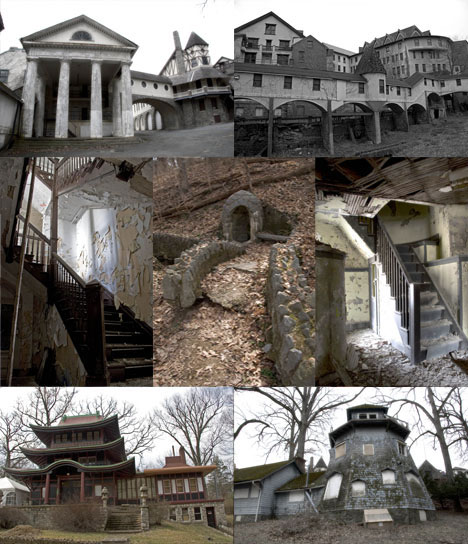 Washington, DC is known for many things, but relatively few know about the National Park Seminary which sits on its outskirts. The first buildings on the campus were built in the late 1880s, starting and an inn and followed by bars and gambling. More structures were added as the site became a finishing school for girls before the complex was converted to a military hospital during WWII. Though they are currently still abandoned as shown in the photographs above, developers plan to turn these unique buildings into housing units in the near future. 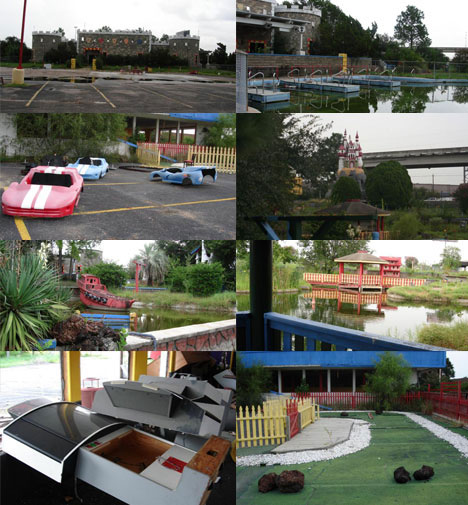 Houston, Texas was one of numerous locations where the Malibu Grand Prix entertainment company set up a theme park a few decades ago. The complex included mini-golf, boat and go-kart racing as well as video games and other entertainment. Two Grand Prix locations in close proximity were abandoned quite recently in part due to a scandal which erupted when three employees of were accused of murder (two of whom received the death penalty) and these photos do not do the locations justice. 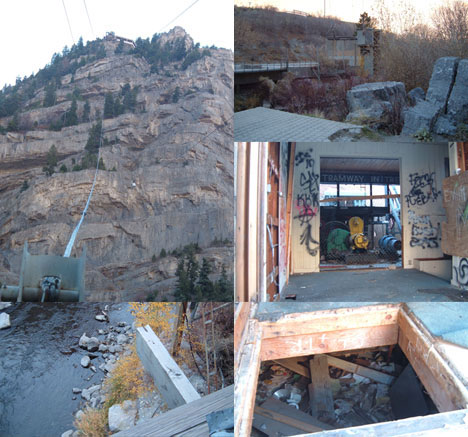 Provo Canyon, Utah features some amazing natural wonders including Bridal Veil Falls – a 600 foot waterfall. The world’s steepest aerial tram was built in the 1960s to connect visitors to the top of the falls but was destroyed over a decade ago in an avalanche. With the closure of a local tourist train route, there was insufficient incentive to rebuild the tram which has been left to decay along with the eerily vacant tram buildings at both top and bottom as shown in the images above. 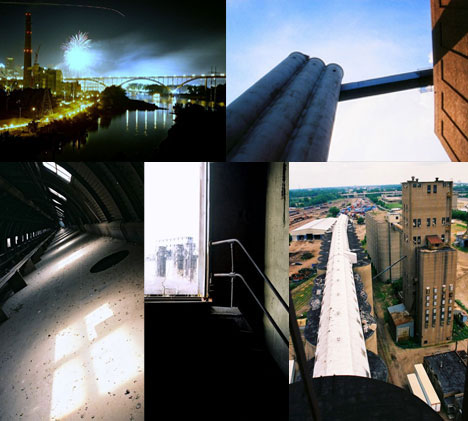 Minneapolis, Minnesota sits on the Mississippi River and was historically a center for mill work based on its banks. Starting in the 1930s, however, Minneapolis lost its position as the wheat and wood milling center of the United States. Many now-inactive mills sit idle despite occupying amazingly valuable property in the middle of the city. Today, some of these mills have been turned into museums that can be visited while others are simply closed to all but the most intrepid urban explorers.