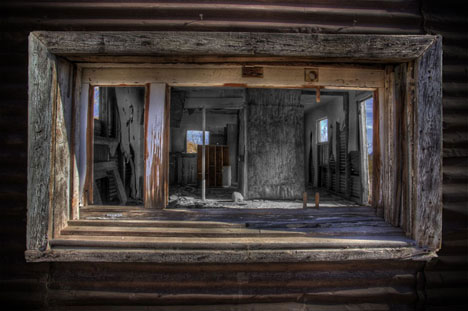 Much of America’s little-remembered history can be found in largely unknown structures scattered across the United States, some of which are silently falling apart. Many of these have amazing claims to fame and set records in their time – the world’s first auto assembly line or the largest brewery in the US – while others represent outdated building types that recall decades past or even generations before our time. Also be sure to check out parts one and two of this series, and see more under 100+ Abandoned Buildings, Places and Property. 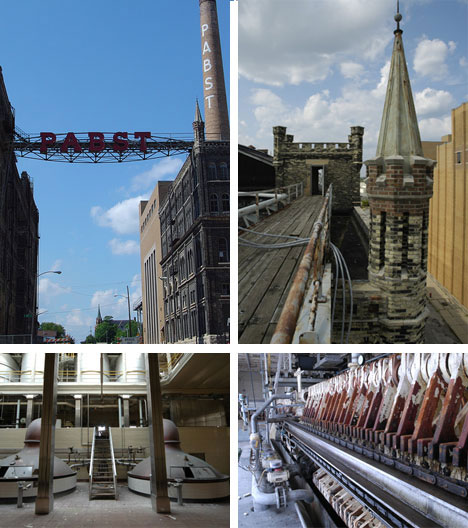 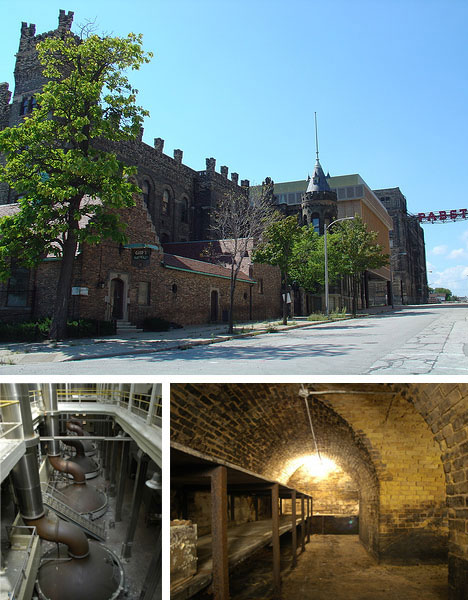 Milwaukee, Wisconsin: Once the largest brewer in America, the Pabst Brewery was opened in the mid-1800s and closed its doors over a century and a half later in the mid-1990s. Over the course of its existence the complex bottled millions of barrels’ worth of beer. For some time the city considered demolishing all associated structures though a compromise was reached and funding was found so renovation for new uses has begun on some of them. 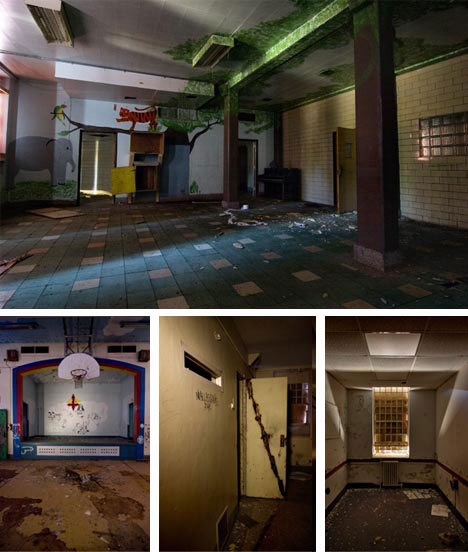 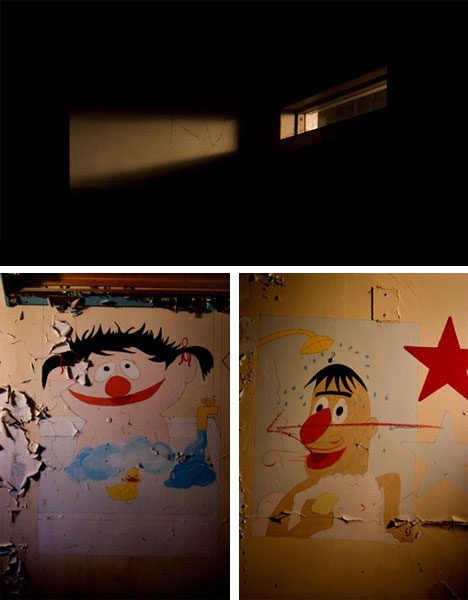 Waltham, Massachusetts: Perhaps the only thing more disturbing than the many abandoned insane asylums spread across the United States are those scattered few asylums dedicated to children. The Gaebler Children’s Center was opened in the 1950s as a place to separate children from adults in the mental health system. As mental hospitals closed down homelessness and incarceration increased in adult populations so too has this closure led to increased juvenile detention. 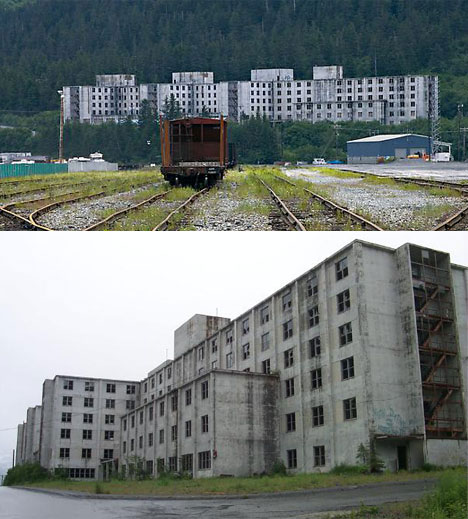 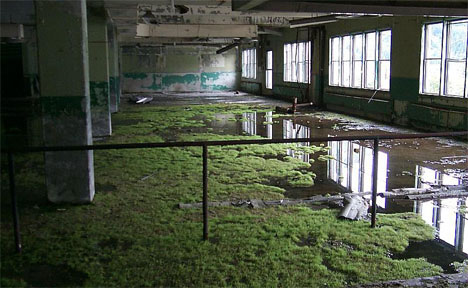 Whittier, Alaska: The Buckner Building was once the largest building in all of Alaska and housed virtually the entire population of the area. In the 1960s an earthquake rendered it unsafe to occupy and it has been abandoned ever since. So why not demolish it? It is quite simply more effort than it would be worth: the only way to remove the debris would be by a very limited-capacity tunnel or by sea. 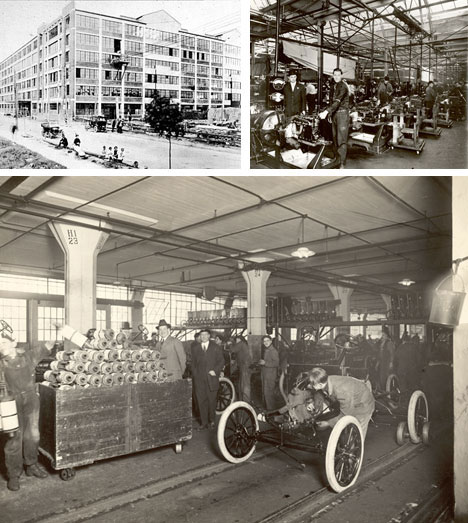 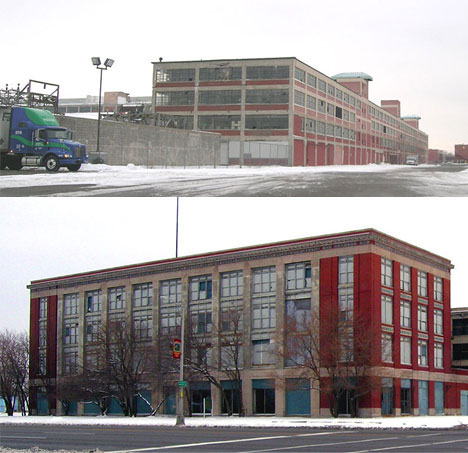 Highland Park, Michigan: A little-known building on the outskirts of Detroit, Michigan, was once home the to the first automobile production facility in the world to feature an assembly line. Ford’s claim to fame began in the Highland Park Ford Plant in the early 1900s in this revolutionary building that now sits essentially abandoned. Currently the structure is used to house assorted documents and artifacts. 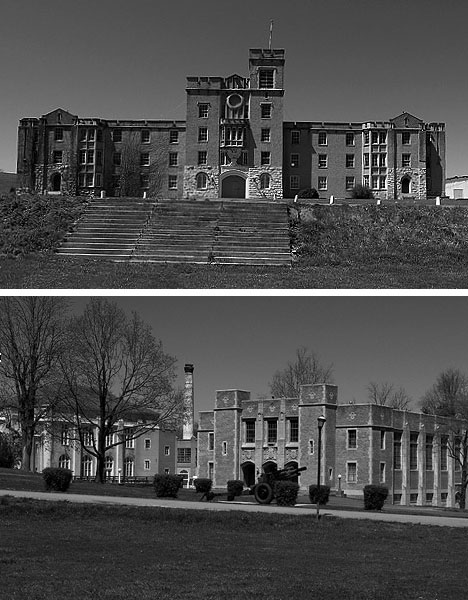 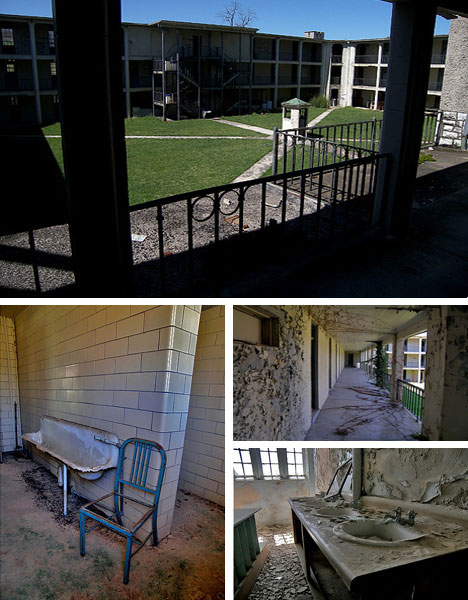 Augusta, Virginia: Founded at the end of the Confederacy in 1865, the Augusta Military Academy (originally the Augusta Male Academy) remained open for nearly one hundred years before closing its doors forever in 1954. The building remains relatively intact and was even used for an episode of Fear on MTV though the name of the school was changed to deter ghost hunters and urban explorers. 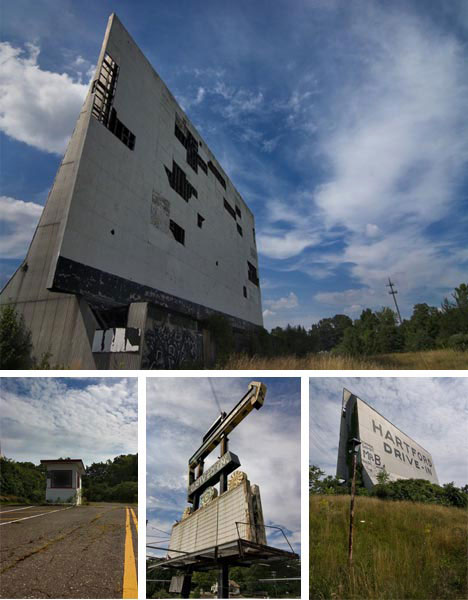 Hartford, Connecticut: There is nothing like the demise of an entire building type to usher in a new form of ubiquitous urban abandonment – and the Hartford Drive-Through movie theater is no exception. With the slow decline of such establishments few have found ways to reuse large rural parking lots with small and awkward associated buildings and big outdoor screens so many, like this one, simply sit deserted. 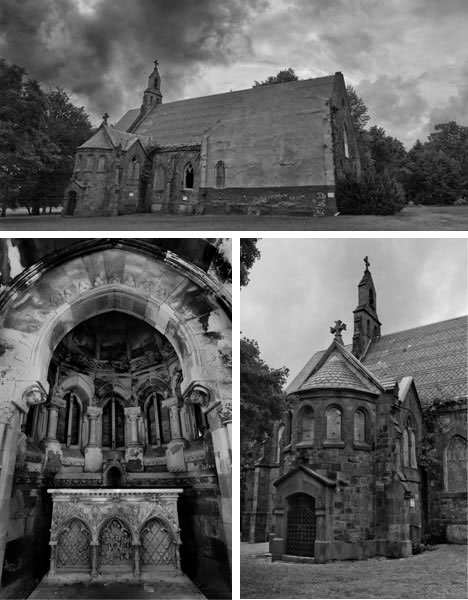 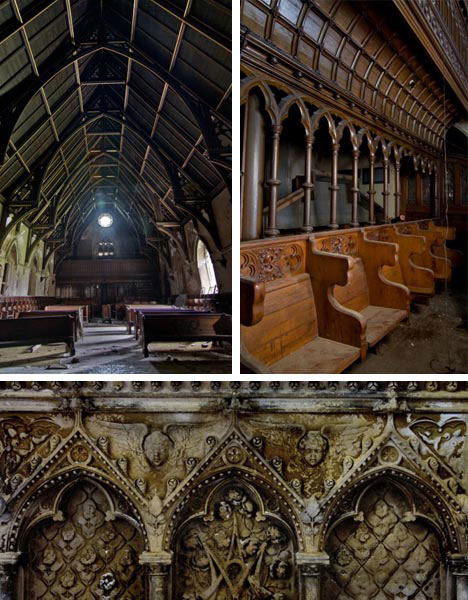 Torresdale, Pennsylvania: Eden Hall was once a proud French Gothic Revival church developed in the mid-1800s as part of an early boarding school complex including classrooms, dormitories, a library and a gymnasium – most of which were destroyed in a fire in the late 1970s. Unlike other abandonments featured here this deserted building was unfortunately recently destroyed by fire just a few years back.