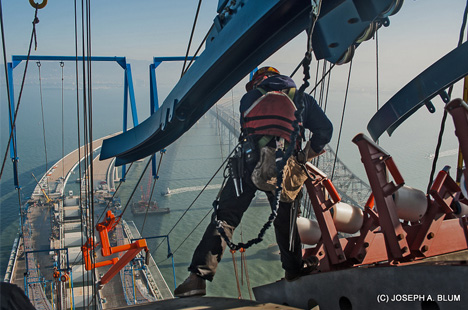 A photography project well over a decade in the making, these images by Joseph Blum show the human side and vast scale of construction behind the world’s largest self-anchored suspension bridge, slated to open this Labor Day Weekend in San Francisco and built to last for one hundred and fifty years. 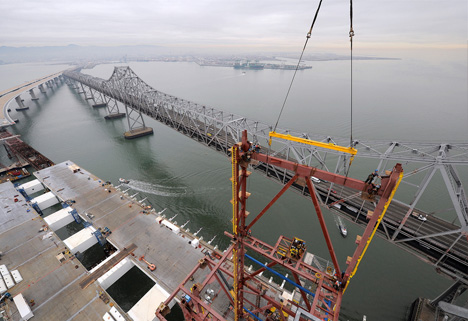 Blum has a 25-year professional background in construction that informs his work but also gives him credibility with workers, enabling him to take close up and personal shots on site. He routinely braved dangerous heights with camera in hand, given remarkable behind-the-scenes access that in turn required extensive gear and safety precautions. 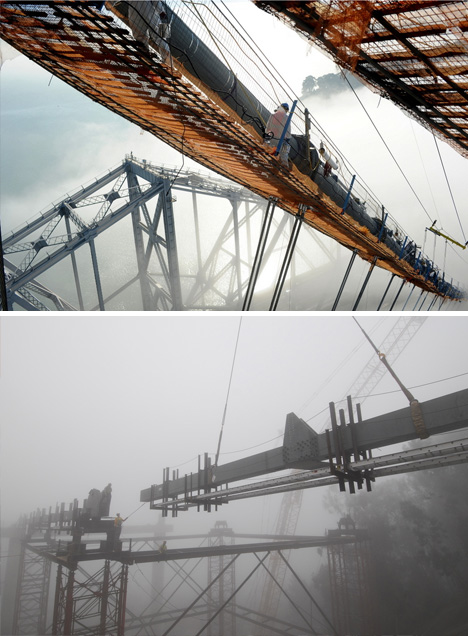 In the following interview with WebUrbanist, Joseph Blum goes into detail about his intentions, approach and what he learned about construction, photography and himself through this long and epic photographic journey. 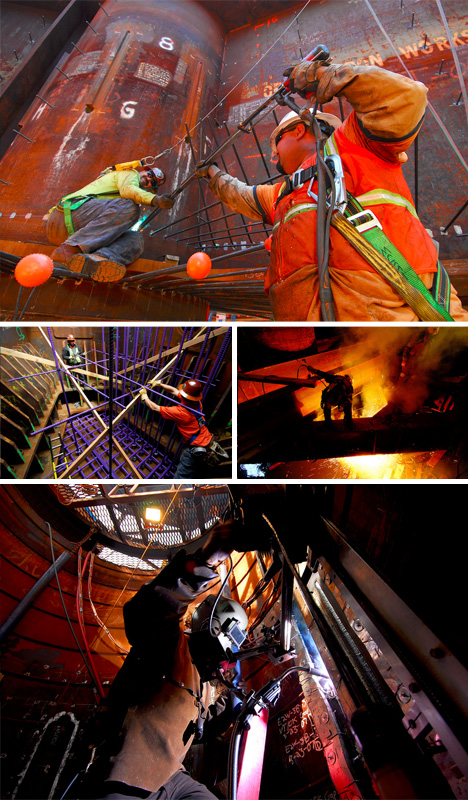 Notably, almost (if not every) image in the resulting series has a human element. “My intention on this job  and in all of my work is to document and honor the human labor involved in the project,” Blum explains. In this case, he “attempted to photograph the construction labor processes insofar as it was possible from the perspective of the workers actually doing the work” in order ” to show how they take the engineers’ plans and drawings and transform them into living structures of steel and concrete.” 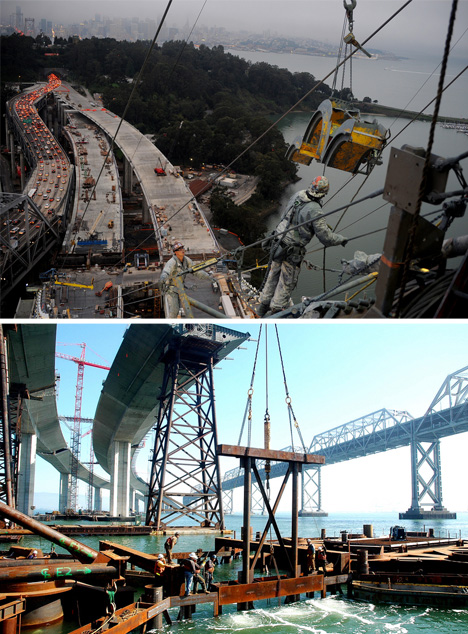 Then there is the time frame of the project itself, spanning over a decade during which time there has been a massive shift from traditional film toward digital photography. Blum walks us through the timeline and his own transitions: “When I began this project I was shooting black and white film exclusively and did not believe that would ever change. During the course of the project digital photography burst on to the scene and became ever more sophisticated. I began shooting digital on the job as a supplement, but over time I began to rely upon it more and more.” Eventually, he started “to understand that in photography what is most important is the image and whether it is captured on black and white or color film or digitally is secondary.” 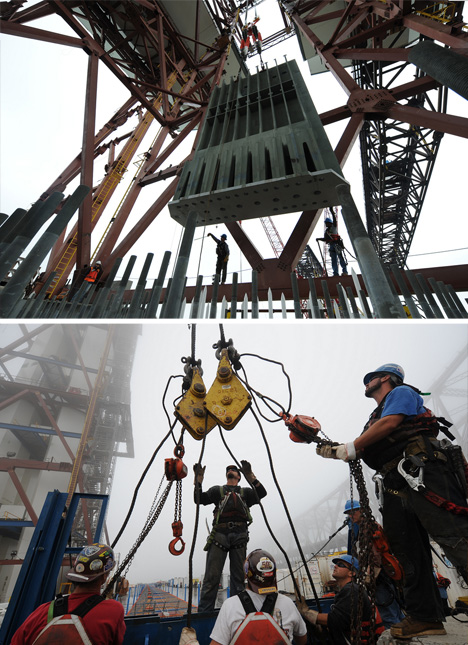 But the learning process also went beyond technical choices: “I also learned a great deal more about bridge construction and the work processes of the various trades.” Blum ended up “hanging out with the work groups for extended periods of time, forming relationships with the workers, getting to understand how they organized their work and their work relationships,” which in turn “increased my understanding of how this kind of labor is accomplished and also allowed me get images that no one else could.” 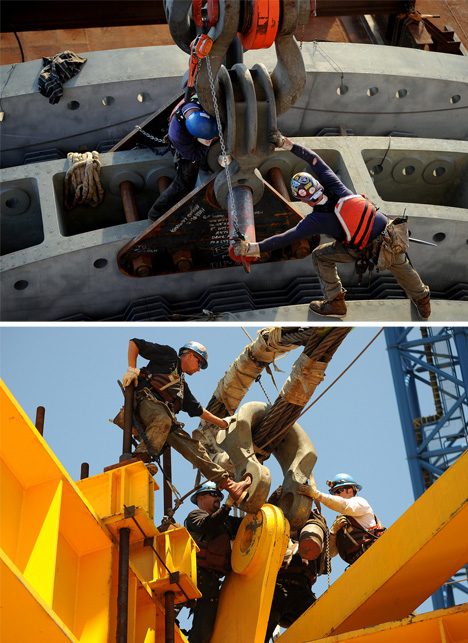 On a personal level, perhaps this photographer also found a secret to longevity in those high-flying spans overlooking the city: “Although the years went by and I got older, I felt that the project kept me young. photographing the bridge in the middle of the beautiful San Francisco bay required me to carry a substantial photo bag, to do a great deal of walking and climbing in all kinds of weather and i found that every single day that i went out to shoot was invigorating and energizing.” For more information about his work and exhibitions, as well as more images, click here to visit Joseph Blum’s website.