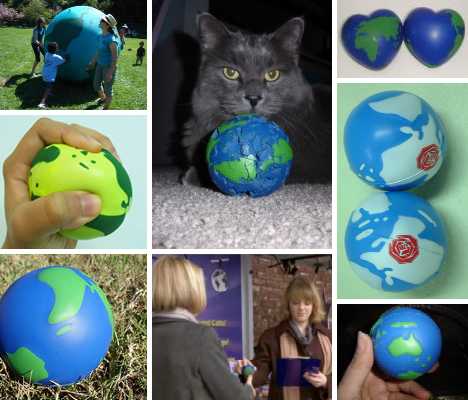 Save the planet… for when you’re really stressed out! These 15 Earth Stress Reliever Balls put the whole world in your hands, allowing you both to bounce back from adversity. This surprisingly common stress ball design boasts a wide range of design variations so when you think you’re about to blow a gasket, don’t think local, think global! 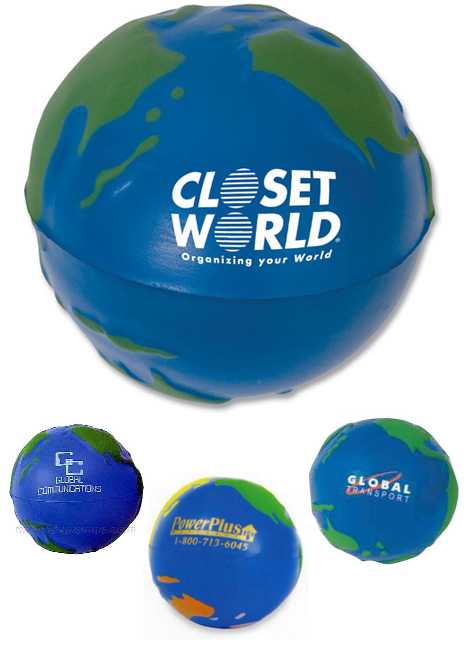 (images via: QLP, Hexun, My Next Promo and WhatDoYouNeed.com)

Are you one of those A-type control freaks who’s just gotta put their stamp on the world, then squeeze it for all it’s worth? If the answer is yes, yes and yes, then yes we’ve got the perfect gift for you: a personalized Earth Stress Reliever Ball stamped with your name or company in a rainbow of different colors and a range of catchy fonts. The latter includes the much-despised and disparaged Comic Sans, guaranteed to totally stress out the competition. 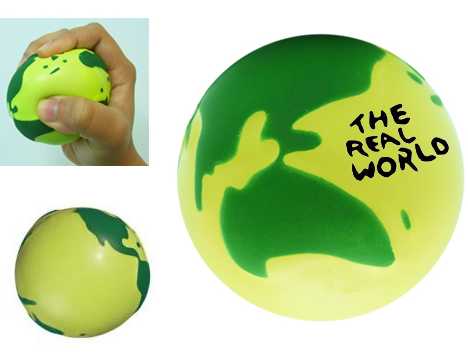 (images via: GiftsTalk and Identity Links)

This unusually colored Eco Earth Stress Ball is biodegradable, just like our planet, and if there’s one Earth Stress Ball you’re squeezing on Earth Day it oughta be this one. According to the website sales copy, the ball is “made of recycle PU and natural non toxic bio degradable castor oil.” That first ingredient makes us a bit nervous, being that the ball is designed to be squeezed with one’s bare hands, but it seems “PU” is just an unfortunately chosen acronym for polyurethane. Whew! By the way, the copy also states the balls are packed individually… “in a PP bag.” 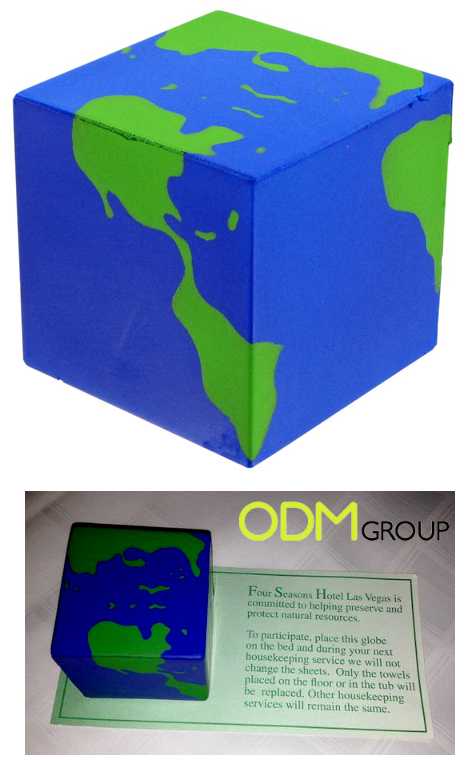 (images via: QLP and The ODM Group)

If the Flat Earth Society is looking for a great promotional item, may we suggest the world’s first Earth Stress Cube? Seriously, those FES’rs must be severely stressed out at the best of times, can you imagine what happens when they book a cruise? More realistically, the Four Seasons Hotel in Las Vegas is using Earth Stress Cubes in an innovative, eco-friendly way: guests who don’t want housekeeping to change their bedsheets simply leave the cube on their bed when they leave. No word on if the cube is comped and guests can keep it after they’ve blown their budget at the craps table. 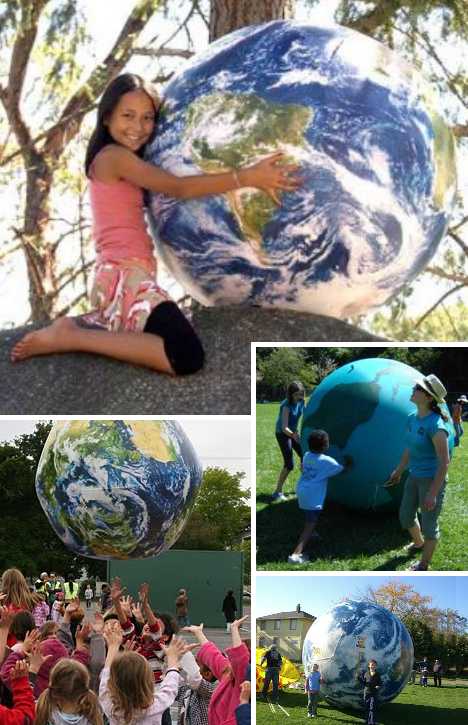 These outsized Earth Stress Balls may not be stress reliever balls in the definitive sense but think about it: what fun is there to be had with a 400-pound ball? When the focus is on stress relief, however, occasions like the Oakland Zoo Earth Day event succeed admirably in reducing stress on multiple levels. 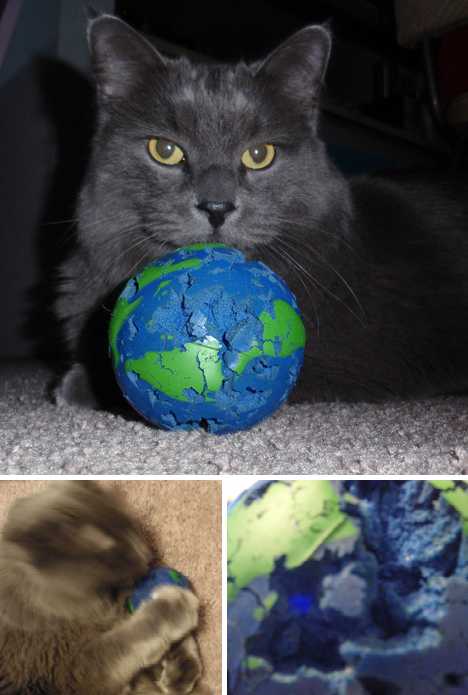 We humans are pretty tough on our old and only stomping grounds but things could be worse: the planet could be dominated by cats! Take Jack here as a representative example. According to Jack’s owner, “He loved that ball until it fell apart 3 years later.” Makes our 200-year history of industrialization seem inefficient, inadequate and ineffectual to say the least. 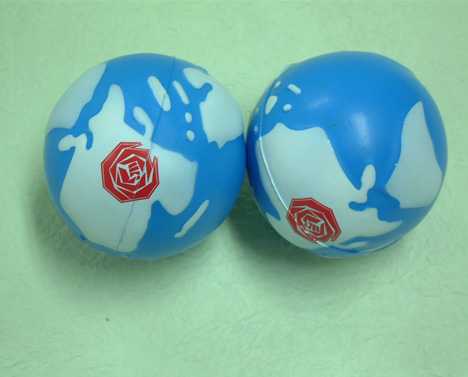 OK, we’ll admit that most if not all of the 15 different Earth Stress Reliever Balls discussed in this post are made in China but this one makes no effort to beat around the bush: they’re sold online by Made-in-China.com. You’d think that an obviously Chinese Earth Stress Ball would depict the continents in a China-centric manner but no… actually, it’s hard to discern ANY recognizably Earthly land mass. Maybe the ball comes from the future! 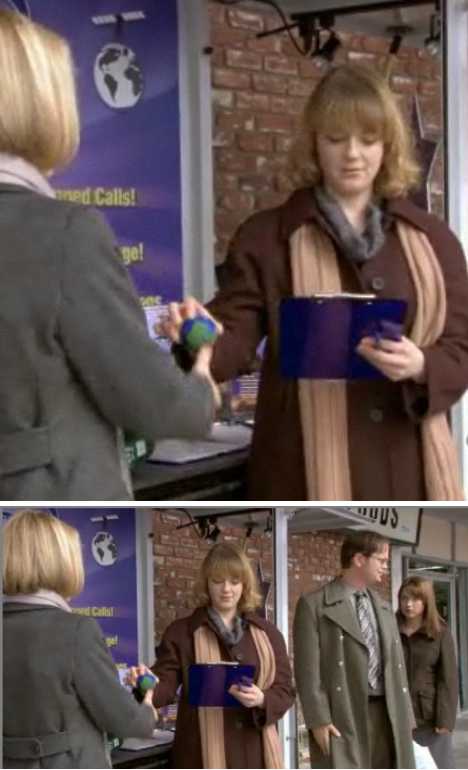 If you think your office is a stressful place, imagine working at The Office under the watchful eye of corporate escape goat and wannabe secret agent Michael Scott. Is it any wonder HR rep Holly Flax made up a fake name (“Fanny Smellmore”, heh!) to a cell phone service rep in order to scarf a free Earth Stress Ball? Admit it, you would too. Fans of The Office, Holly and stress balls will find the scene in “The Search”, episode #15 of season 7, which aired on February 3rd of 2011. 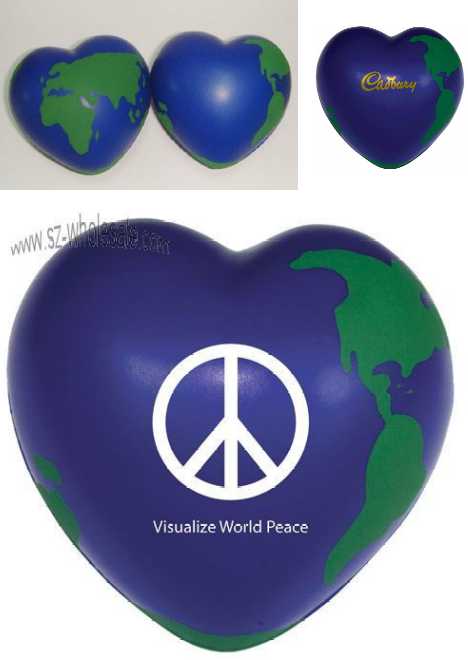 We all love Mother Earth, right? Then show your love for Gaia by squeezing, crushing, pummeling, twisting and pounding a heart-shaped Stress Ball version of our only home in the universe! Our planet’s withstood much worse in its 4.5 billion (6,000 if you’re an ID adherent) year history so it can certainly withstand your impotent rage next time you throw a temper tantrum. 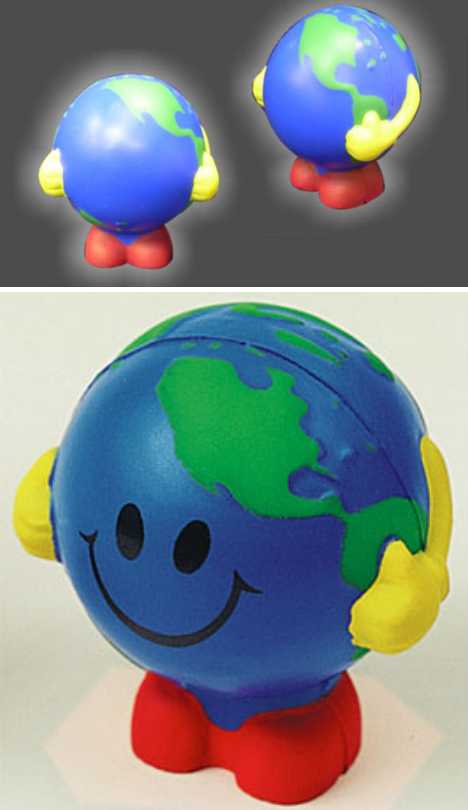 Earth Girls may be easy but an Earth Man can relieve your stress… not that there’s anything wrong with that. In fact, some overly stressed stress ball squeezers might find a little extra satisfaction in stretching our flexible friend’s arms and legs. No harm done, just look at the expression on the Earth Man Stress Ball above: it’s positively Pacific. 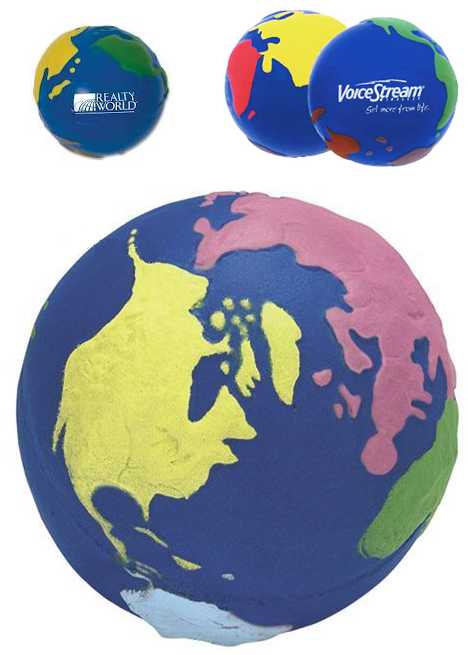 “Color Your World” may be Sherwin-Williams’ motto but it could apply equally to the above selection of colorful Stress Relief Balls. A little extra color on the continents means a little more visual interest for the stressed-out slob (or slobette) who’s overdue for a strenuous squeezing session. 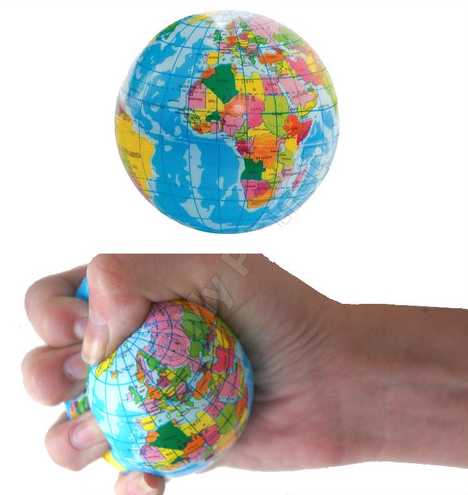 (images via: My Planet Wholesale)

Colorful continents on your Earth Stress Relief Ball just not doin’ it for ya? My Planet Wholesale‘s got something for that: the ponderously named World Map Foam Earth Globe Stress Relief Bouncy Ball Atlas Geography Toy… whew! 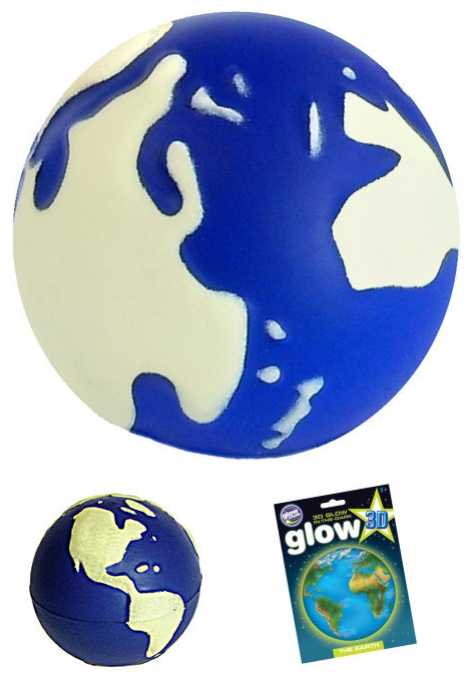 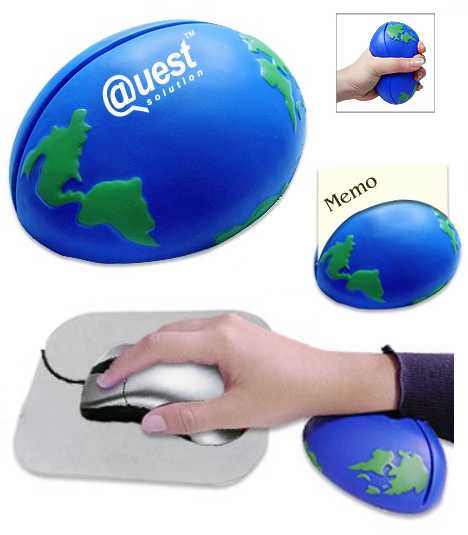 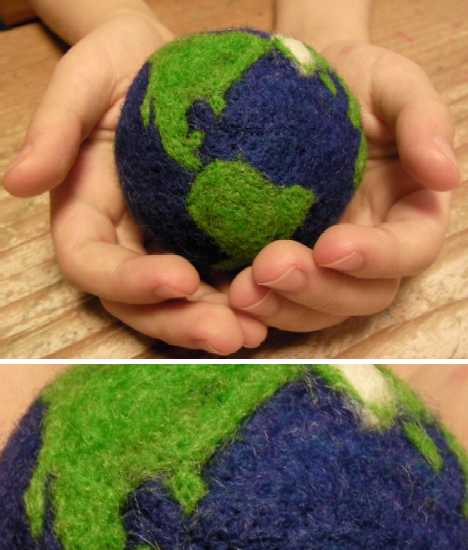 Kudos to Amanda of Handmade Felt Toys for crafting this unique, hand-felted Earth Stress Ball. According to Amanda, while in the process of creating the ball “I got lost in the deep blue of the ocean and my mind started to drift.” Stress Relief Balls are just like that, which is why they’re called… never mind. In any case, it’s an exquisite fuzzy world in miniature that relieves stress on sight. Just don’t let the cat get at it. 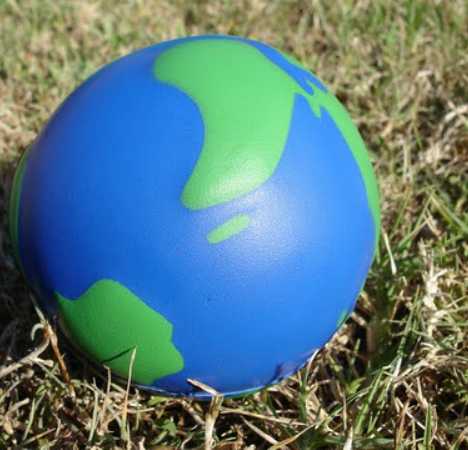 If you’re talkin’ back to basics, blue & green only, no logo stress reliever balls, they’re out there by the bushel-full… literally, in some cases. Detail is often an afterthought, however – don’t expect fiddly, frilly Norwegian fjords worthy of Slartibartfast – but any Earth Stress Reliever Ball worth its salt at least ought to feature Madagascar. If not, we humbly suggest the manufacturer SHUT. DOWN. EVERYTHING.