The mathematical precision of the patterns cut into raw fruits and vegetables is almost too perfect to be real, but on top of that, Japanese artist Gaku has to work as rapidly as possible to capture a photo of the finished product before it starts to turn brown. Imagine how hard that is with apples and avocados! ‘Mukimono’ is the Japanese art of food carving based in the idea of taking time to appreciate food before it’s consumed. But while many people are dazzled by the elaborate carvings, others are disturbed. 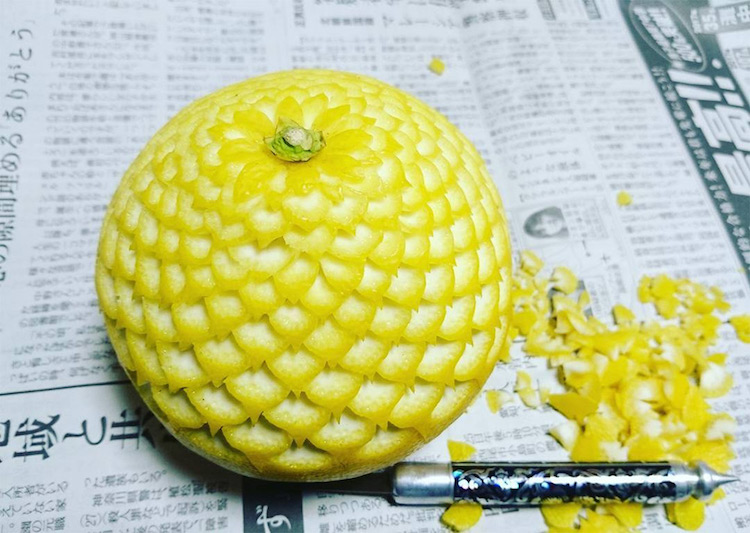 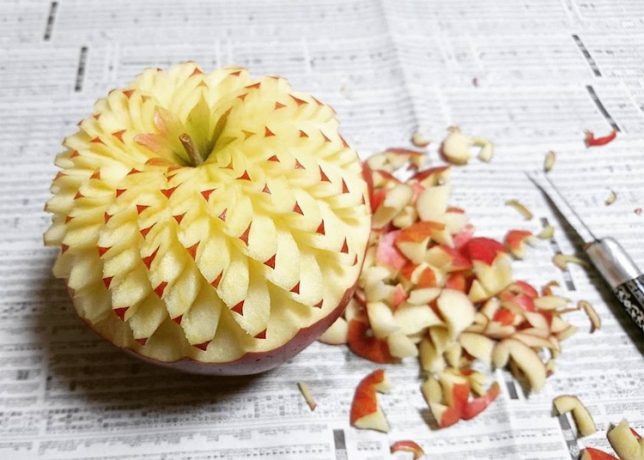 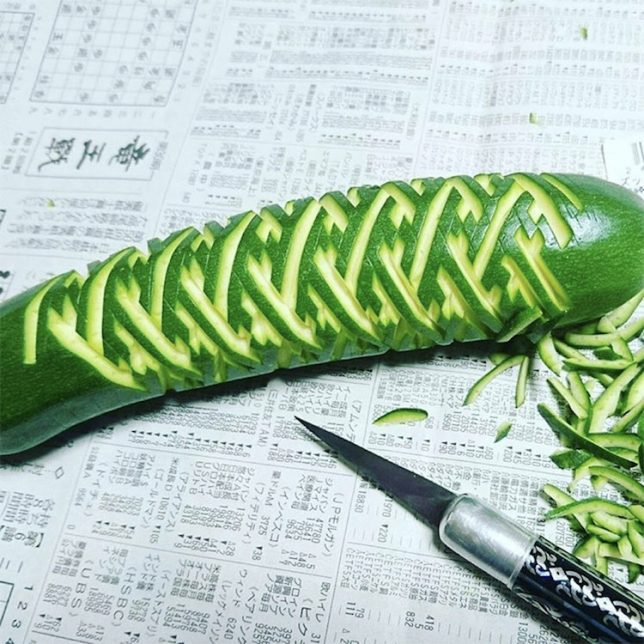 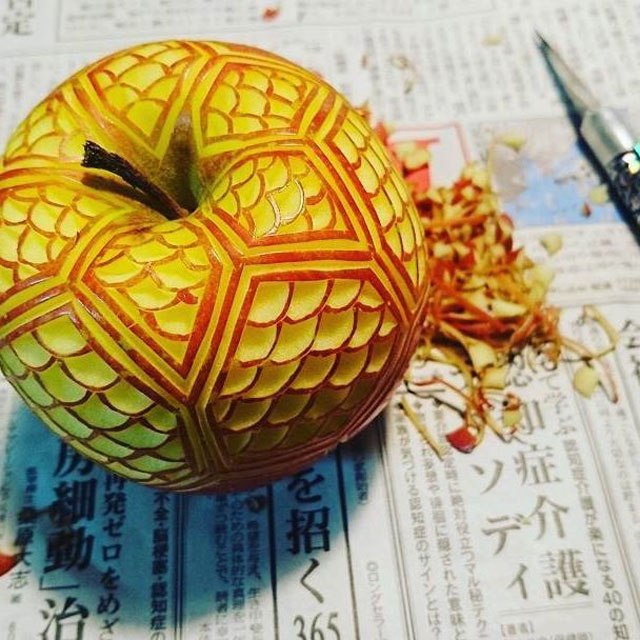 Clearly, it takes a practiced eye and a steady hand to deftly carve out each temporary masterpiece, especially considering that the patterns are so perfectly sized and spaced, they could be computer generated. Gaku says he learned the art five or six years ago, and that he’s a chef by trade, but rarely gets to use his carving skills at work. 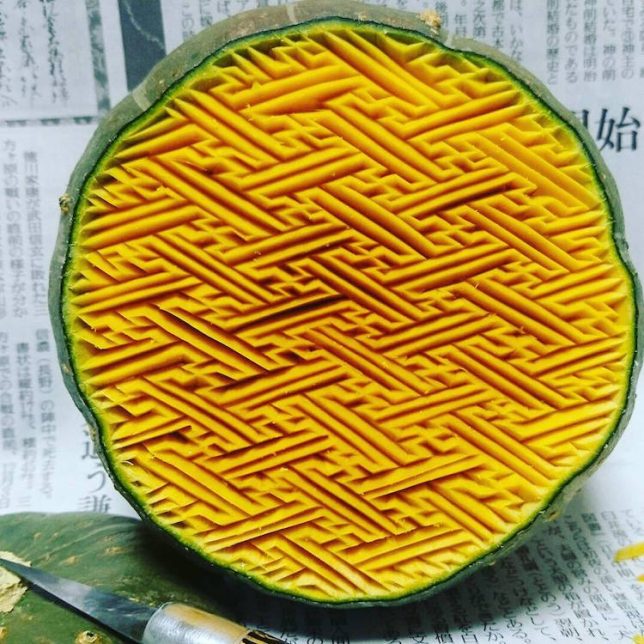 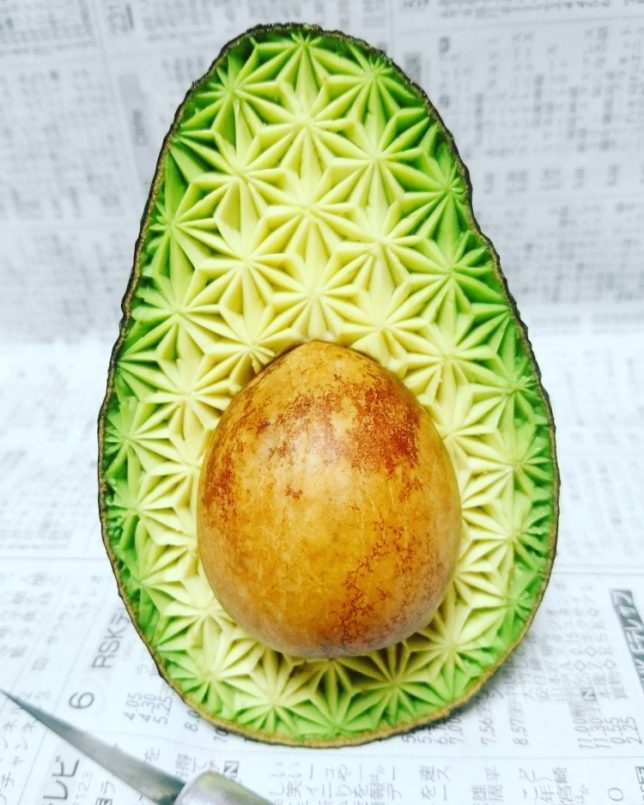 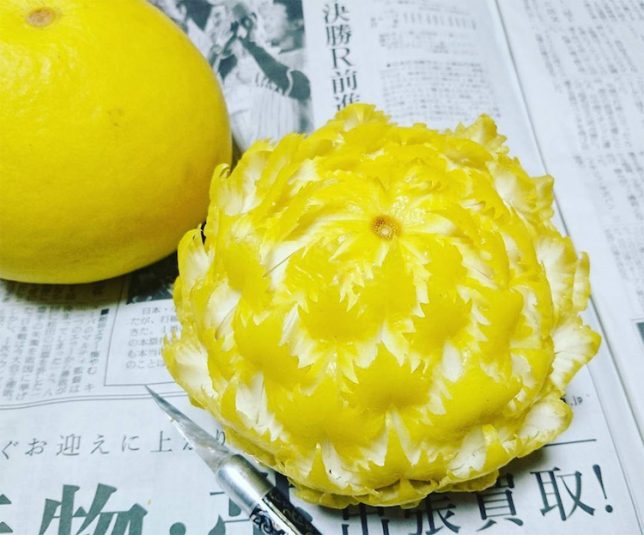 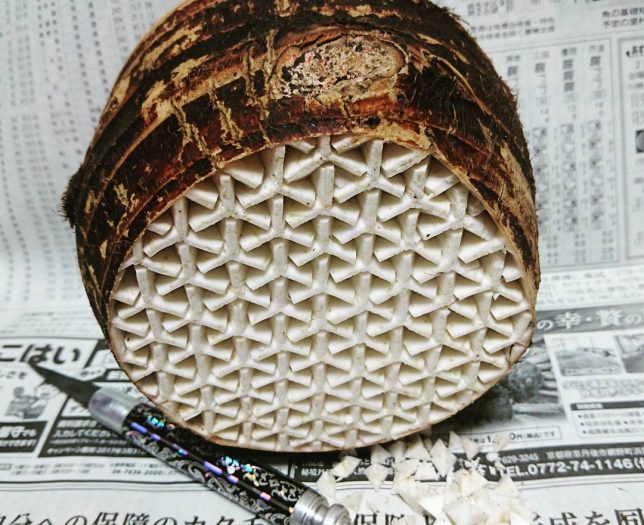 You could say it’s too beautiful to eat – or maybe you’d say it’s terrifying. Buzzfeed rounded up a bunch of hilarious Twitter reactions to the work, ranging from “This kind of pisses me off and I don’t know why” to “I want to punch this food.” Perhaps these folks have undiagnosed cases of trypophobia (irrational fear of holes), intensified by the fact that it’s something you’re supposed to put in your mouth?

@Colossal this makes me want to vomit idk why

@Colossal @modelady24 This triggers some serious chills in my body for some reason. Its almost creepy.

This kind of pisses me off and I don’t know why https://t.co/Wh8VSpb2wg

@Colossal I want to punch this food.