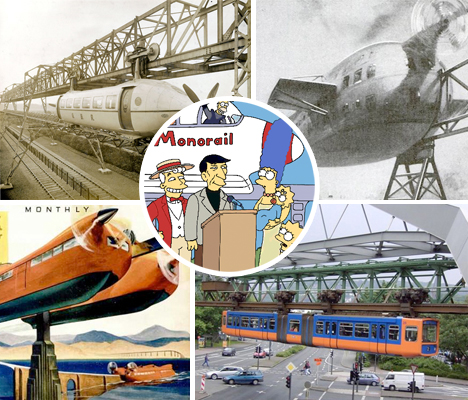 There’s nothing on earth like a genuine, bonafide, electrified six-car monorail. Or a one-car monorail with a propeller, or a high-speed rail plane, or even an amphibious monorail that can go from the elevated track right into the water. Some of these concepts were doomed from the start, some never got enough support to get off the ground and others still stand today. 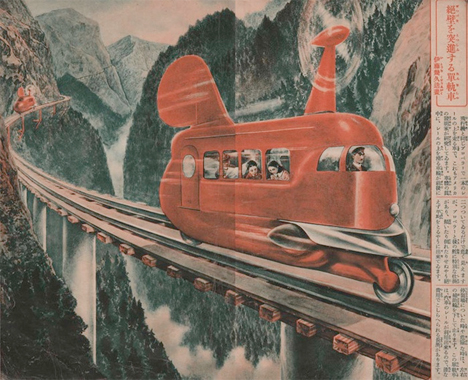 This fanciful concept illustrated by Kikuzo Ito in 1936, was invented by an American. The airplane propeller and tailfin keep the small car upright as it rides along the track in the mountains. An extra set of wheels extend from the sides to provide stability when it comes to a stop. 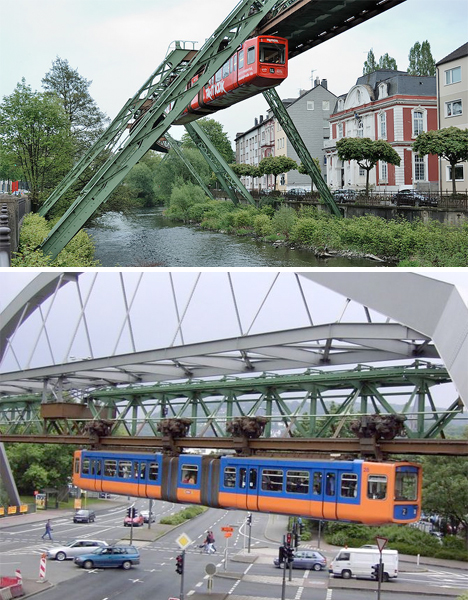 While most early monorail systems either never made it past testing stages or were dismantled soon after construction, the Wuppertal Suspension Railway in Wuppertal, Germany remains in operation after over a century. It was initially designed to be sold to the city of Berlin; the first track opened in 1901. The cars have been replaced over the decades, but since then, the monorail line has been closed just once. It moves 25 million passengers each year. 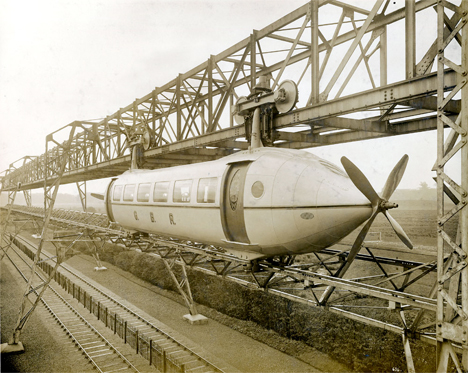 The propeller-driven Bennie Railplane, designed in 1930 by George Bennie, was a prototype that aimed to solve the problem of more economical and rapid transport via a high-speed monorail link from London to Paris. A short test track was built in Glasgow, Scotland, but the economic troubles of the ’30s doomed the project. The test track hung around, rusting and abandoned, through the 1950s. 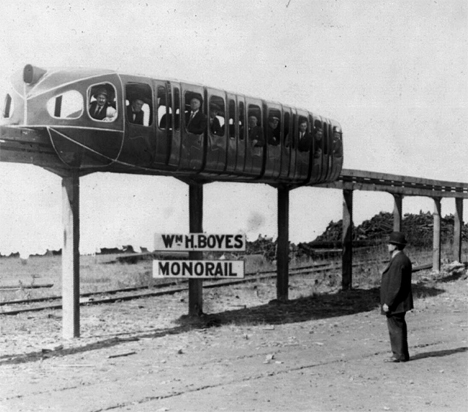 The test track for the William H. Boyes Monorail was built and demonstrated in 1911 in Seattle, Washington, with wood rails and an estimated cost of about $3,000 per mile. When it opened, the Seattle Times proclaimed, “The time may come when these wooden monorail lines, like high fences, will go straggling across country, carrying their burden of cars that will develop a speed of about 20 miles per hour.” 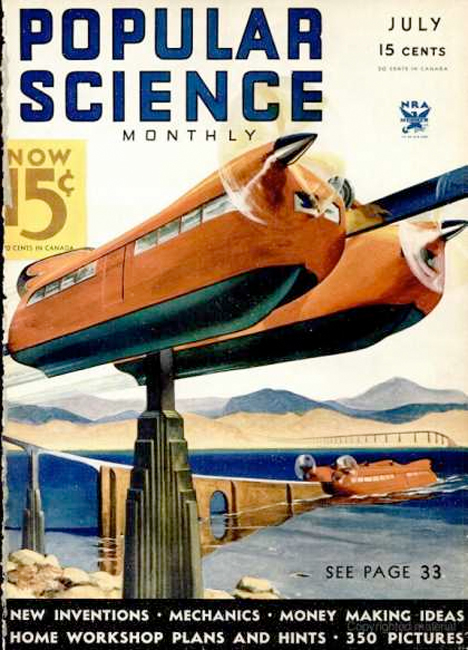 Twin amphibian cars zoom from the desert into the open sea in this concept, dreamed up by the Soviet Government and featured in Popular Science in 1934. The idea was that the cars, which could reach up to 180 miles per hour, could travel three monorail lines totaling 332 miles in length in order to tap mineral wealth in Turkestan. They were reportedly tested in Moscow.

“The cars would be equipped with Diesel-electric drive, and each would carry forty passengers or an equivalent freight load,” explained Popular Science. “Where the longest of the projected routes crosses the river Amu-Daria, a mile and a quarter wide, it is proposed that amphibian cars be used. On arriving at the shore the cars would leave the overhead rail and cross the river as a boat. Soviet engineers are reported already surveying the route.”