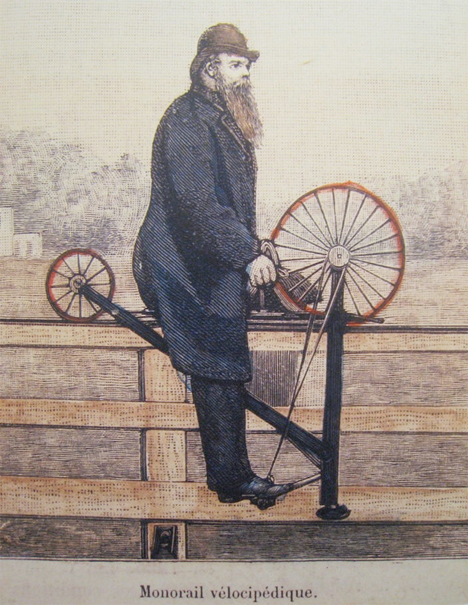 This drawing from sometime in the mid 1800s, thought to be of French origin, envisions a pedal-powered monorail. The idea is being revived for modern times in the form of the ‘Shweeb.’ 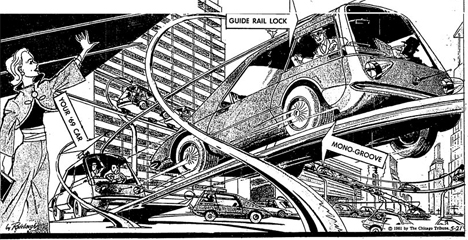 Illustrated for the Closer Than We Think! comic strip in 1961, the Monoline Express of the future is a combination of an automatic highway and a high-speed monorail system in which private cars use a ‘high road’ to commute to town or travel between cities. In this concept, cars could travel almost bumper-to-bumper at speeds of 120 miles per hour or more, and then get off and go about business as usual on the regular roads. 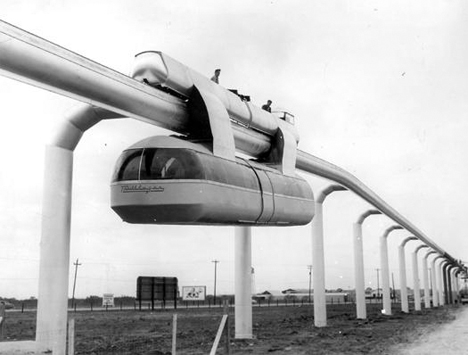 A pilot monorail line made its debut at Arrowhead Park in Houston in 1956, with a 55-passenger coach making three trips at speeds less than 10 miles per hour. According to the Houston Chronicle, “Reaction to the trip was varied. The most general comment was that it was interesting and had possibilities, but more investigation into the costs is needed.” It was dismantled a few months later. 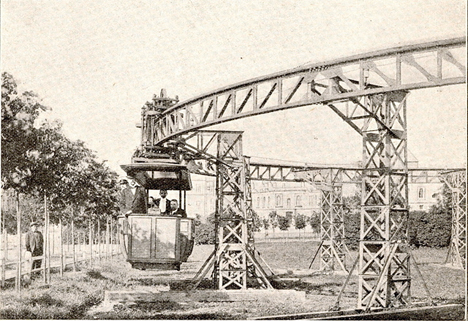 Russia developed a series of monorail systems starting in 1820 with a ‘road on pillars’ upon which horses pulled railroad carriages. By 1900, Empress Maria Federovna approved the building of a .12 mile electric monorail in Gatchina as an experiment. Like many of the other designs, it was never fully funded.