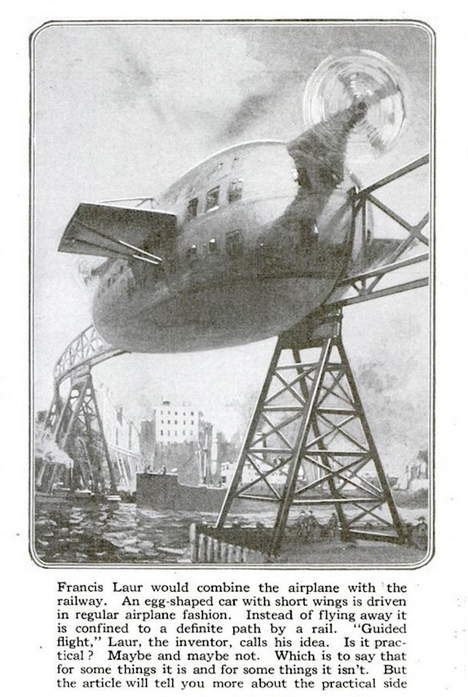 Another monorail concept featured in Popular Science was Francis Laur’s ‘guided flying monorail,’ designed in 1915. “Francis Laur would combine the airplane with the railway. An egg-shaped car with short wings is driven in regular airplane fashion. Instead of flying away it is confined to a definite path by a rail. ‘Guided flight,’ Laur, the inventor, calls his idea. Is it practical? Maybe and maybe not. Which is to say that for some things it is and for some things it isn’t.” 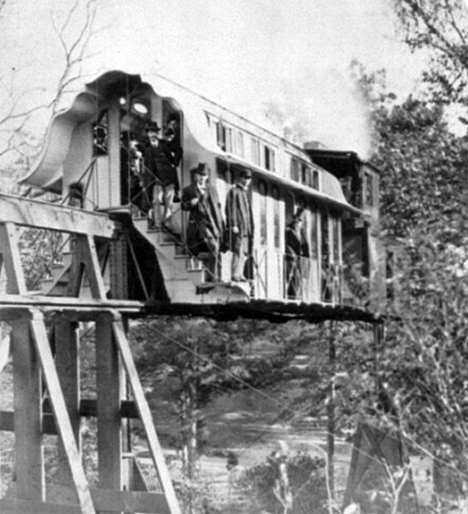 This double-decker, steam-driven train glides along a track at the U.S. Centennial Expo in Philadelphia in 1876. It featured an ornate car with two main wheels, the rear one driven by a rotary steam engine. Designed by General LeRoy Stone, this monorail transported attendees of the expo back and forth between the Agricultural and Horticultural Halls. 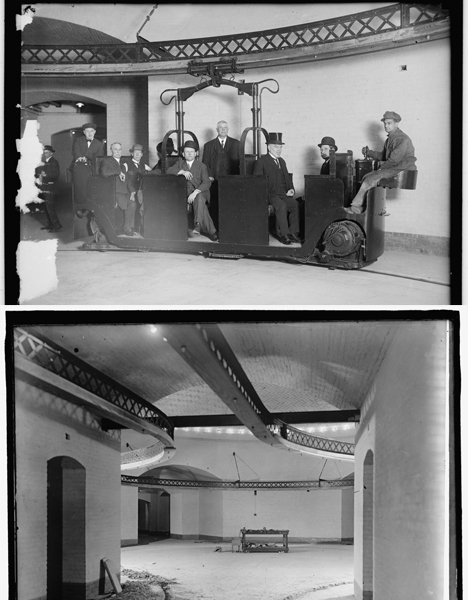 From 1912-1961, U.S. Senators didn’t have to worry about walking back and forth between buildings above ground with the plebes. They simply hopped onto “the shortest and most exclusive railway in the world,” an underground monorail that ran through tunnels below the U.S. Senate building.

“The distance between the old Senate Office Building and the Capitol was only a fifth of a mile, but senators needed to traverse it multiple times on a typical legislative day… In 1912, the Senate authorized installation of a double-line electric monorail system that ran on fixed tracks. Built by the Columbia Construction Company, the trains held up to 18 passengers each, in rows of wicker seats. Senators received priority in boarding the cars, and the front seats were reserved for them at all times.” The whole story can be read at the Senate website.

Aerial Mono-Flyer of the Future, 1918 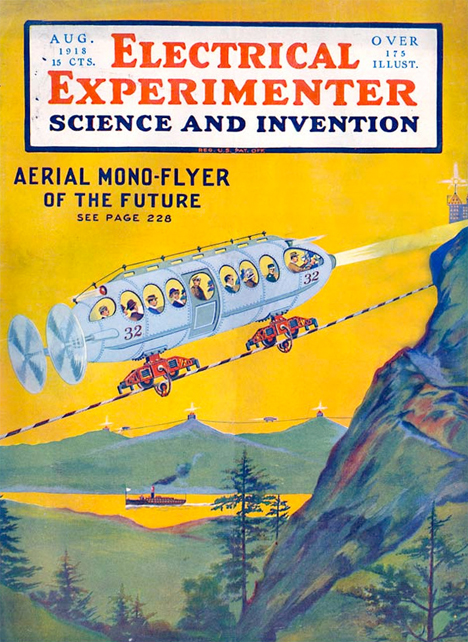 Electrical Experimental magazine featured this concept for the “aerial mono-flyer of the future” in 1918, another guided flying device perching precariously on a single line, looking a little less than safe. 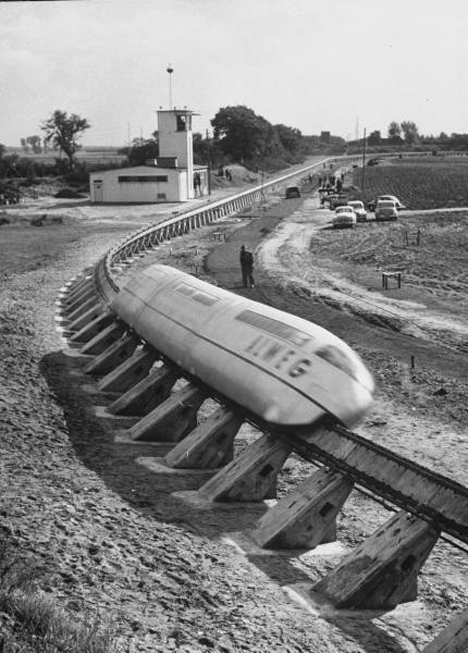 The ALWEG monorail was the original Disneyland Monorail System, which opened in 1959, as well as the Seattle Center Monorail, built for the 1962 Worlds Fair.