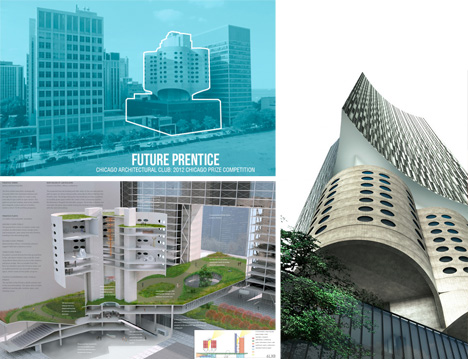 The Prentice Women’s Hospital building at Northwestern University has some serious fans, including a range of architects such as Frank Gehry, Robert Venturi, Tadao Ando, Jacques Herzog, Pierre de Meuron, who would like to see it preserved. The open question: is the exterior of sufficient historical value to keep, even if it means building up through, above and/or around it? 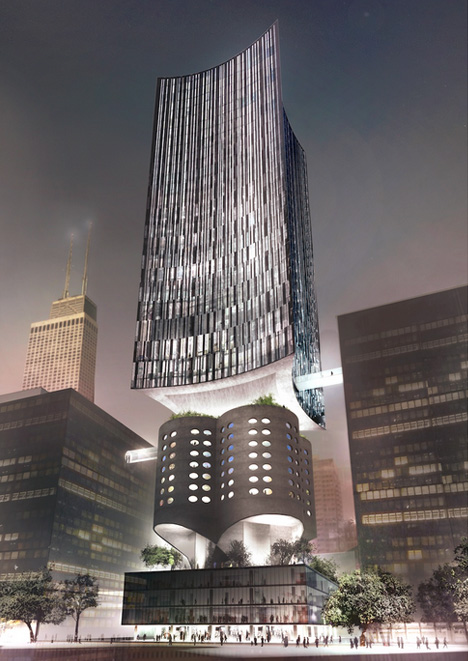 While a wonder of structural engineering with an iconic shape, the structure simply is not practical or fit-to-purpose anymore. One daring proposal from Studio Gang Architects (illustration by Jay Hoffman) involves adding dozens of upper stories, and nearly a million square feet, while leaving the shell of the original intact. 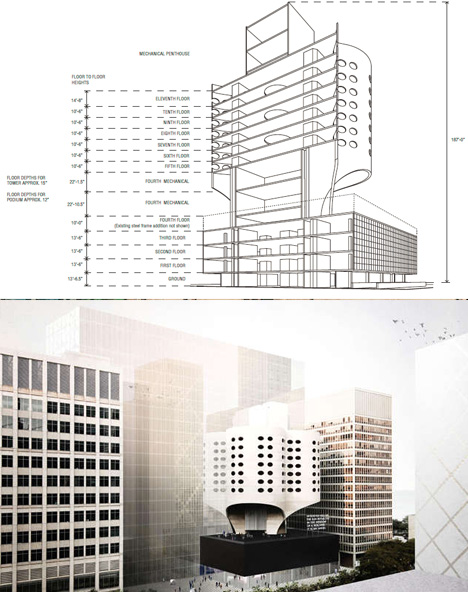 A scheme by Cyril Marsollier and Wallo Villacorta won a competition to suggest alternatives with another approach – one that allows half of the building to be absorbed by a new structure, while reflecting the other half – using a mirror-image effect to preserve the complete appearance via a rather ingenious and nuanced illusion. 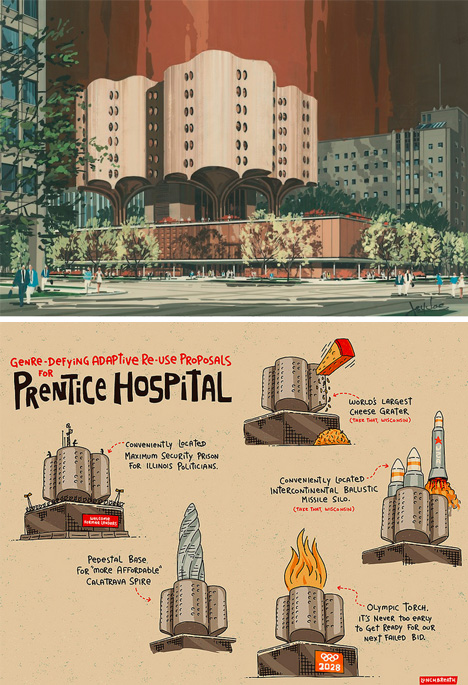 Critics exist on both sides. Some say this proposal strips away so much of the building and its context that what is left is really metaphorically (not just literally) a shell. Others suggest that any solution bends too far toward impracticality to accommodate an arguably unattractive building (many consider it an eyesore). Humorists like LunchBreath have weighed in as well, as seen above. 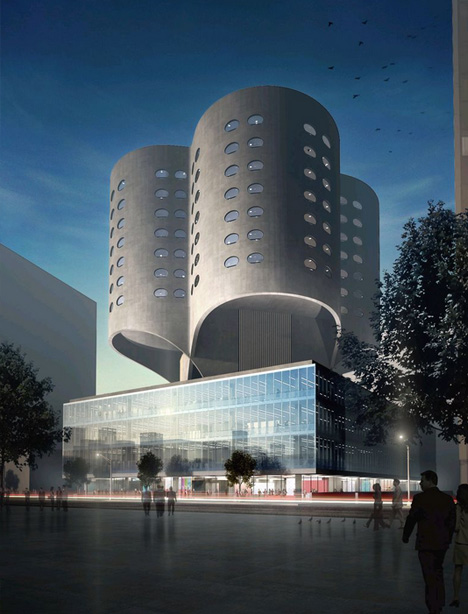 Meanwhile, the university itself does not seem interested in considering preservation options, so these concepts, while compelling, could well be moot in the end. Still, the High Line in New York is a great example of how enough public pressure and celebrity support can change the minds of an entire city, and perhaps a private institution as well.