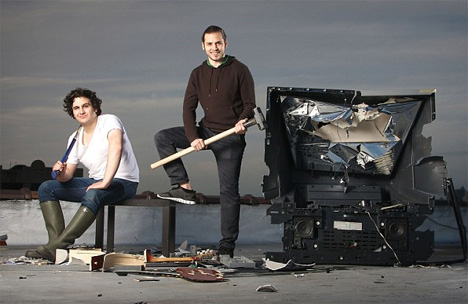 It’s well known that smashing something – a dish, a TV, a watermelon, or whatever else is within reach – is great therapy when you’re stressed. All over the world, clubs and organizations are popping up for the sole purpose of bringing frustrated people together to smash stuff. But there is nothing else quite like The Destruction Company, an exclusive private club in New Jersey that allows wealthy people to whack the stuffing out of just about anything. 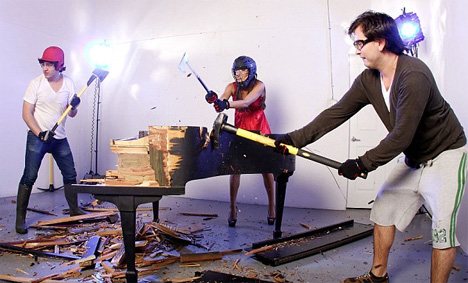 (all images via: Daily Mail)

The Destruction Company is not your run-of-the-mill plate-smashing operation. It’s an exclusive club based in a secret New Jersey warehouse that is open only to the most wealthy clients. The club allows its members to seek revenge on the objects they most despise: technology, automobiles, or maybe those dumb little knick-knacks your ex-wife was always fussing over. 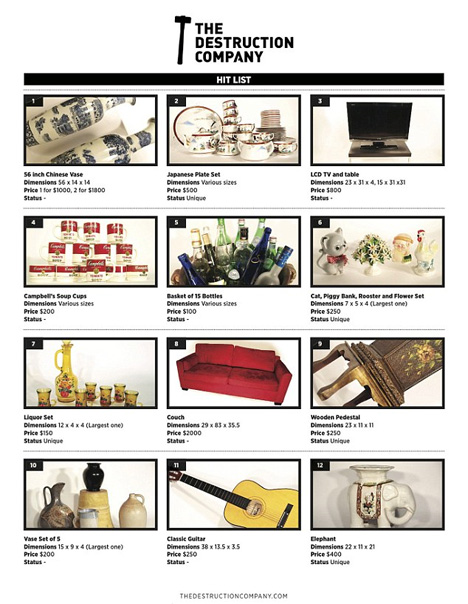 For a confidential annual fee (plus the cost of whatever the member decides to wail on) rich folks can destroy expensive electronics, cars, clothing – as long as it’s not a living creature or documents of any kind, The Destruction Company will acquire the target object. Less imaginative members can pick from a pre-set list of smashable items. On the day of the smash-fest, a chauffeured car comes around to pick up the club member and take him to a private warehouse. He can choose from a number of protective outfits – umpire, hockey goalie, medieval knight – and weapons – we imagine samurai swords are a popular option. 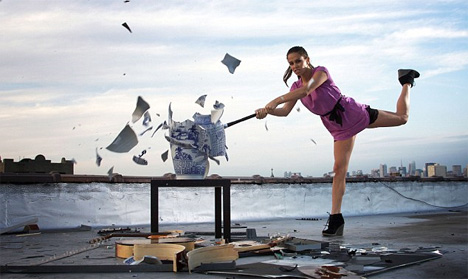 The party then moves to the roof of the abandoned warehouse, where the club member is free to go nuts on the chosen object. Cameras capture the destruction and members are sent home with video records of their exploits so they can re-live their moments of glory at home. As in any good human vs. object fight club, there are a few restrictions: no fire, no guns, no drinking or drugs on the day of the smash-up. But don’t think you can fight your way into this club; membership is only granted with sponsorship from an existing member. And this is no boys’ club – club representatives say that around 40 percent of their members are females. Even ladies need to let their inner Hulk out once in a while. 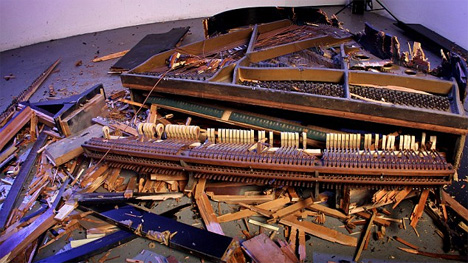 Although some may see this blatant wastefulness as a crime against humanity (or maybe a boon for the economy), it would seem to be a better use of disposable income than nightclubs and sushi. According to the club’s administrators, The Destruction Company isn’t about violence; it’s about experiencing freedom from the objects that vex you the most.