This eclectic selection of “We’re Hiring” signs illustrate some of the unusual ways companies offer jobs in a booming economy with low unemployment. 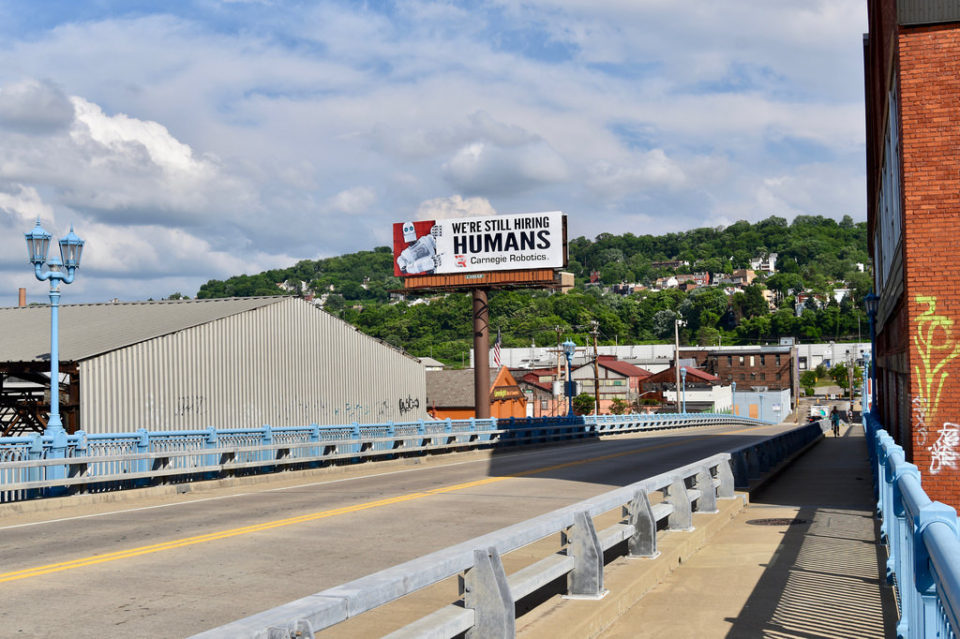 “We’re still hiring humans”, declares this billboard ad for Carnegie Robotics in “The City of Bridges” (presumably Pittsburgh, PA), and that’s good news, right? Right?? Indeed, there’s something more than a little sinister about this pitch and the image of a vaguely Bender-ish robot doesn’t help. At least they didn’t give him a goatee. Flickr member Nick Amoscato snapped a couple shots of the jumbo hiring ad in June of 2018. 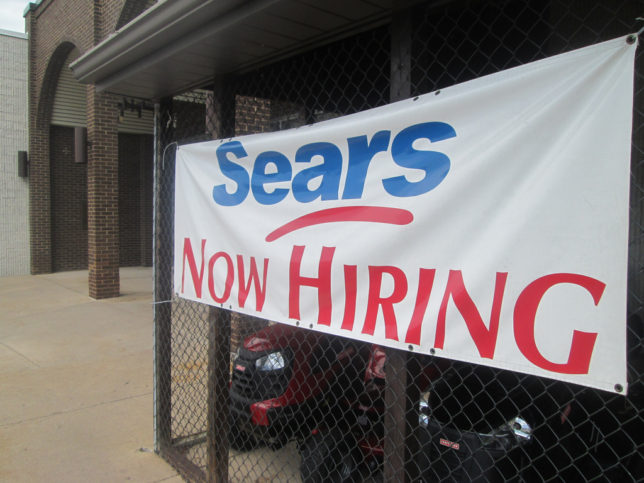 OK, maybe you could write off this hiring banner for Sears as a “vintage” photo but according to Flickr member and photographer Random Retail, the image dates from 2013 and was taken at a newly closed Sears store in Pennsdale, PA. Like Sears hasn’t trolled its remaining workers enough; does it really have to jerk the chains of potential employees as well? 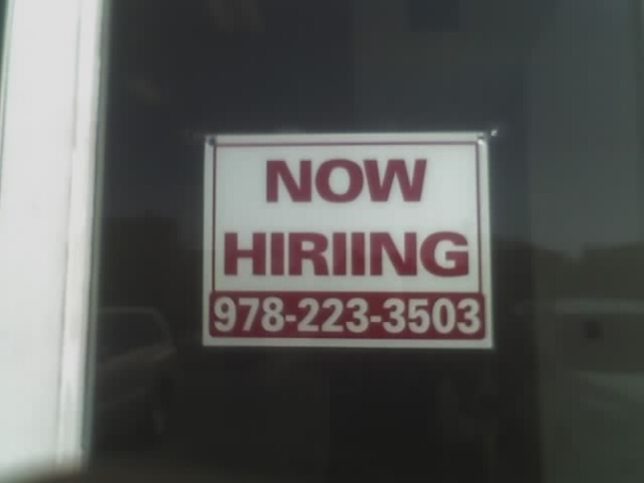 Now we know why there’s no “I” in “team”… it’s found a new home on this bizarre hiring ad. While one might excuse a typo on a hand-written sign, this appears to be a manufactured or at least, a bulk-printed piece. That means there must be many more out there, barring any flashes of comprehension by the staff members charged with deploying them. Normally we’d mask some or all of the phone number to avoid embarrassing the proprietor but in this case, Flickr member Domenico Bettinelli‘s image has been posted for almost 12 years. Also, they deserve to be shamed. 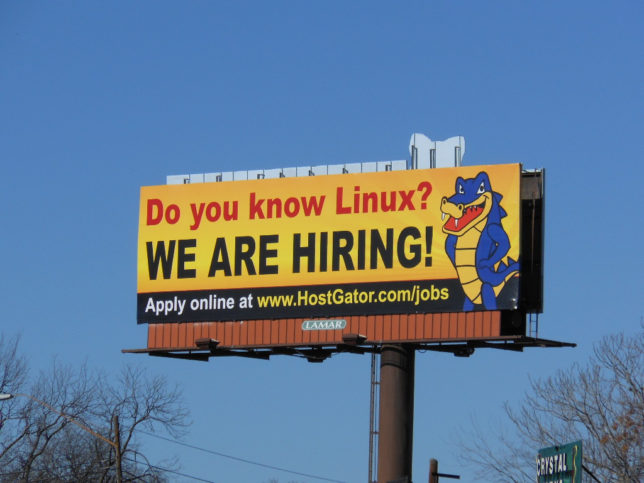 Is this a hiring billboard or a lost cat, er, penguin poster? Why not both? “Tux” the penguin is the official brand character of the Linux brand so, umm, where is he… and what’s with that ‘gator’s evil, lip-smackin’ grin? Who designed this ad anyway, Admiral Ackbar? Flickr member Michael Coghlan snapped the fearsome hiring billboard in Austin, TX (wherever you are) in January of 2012. 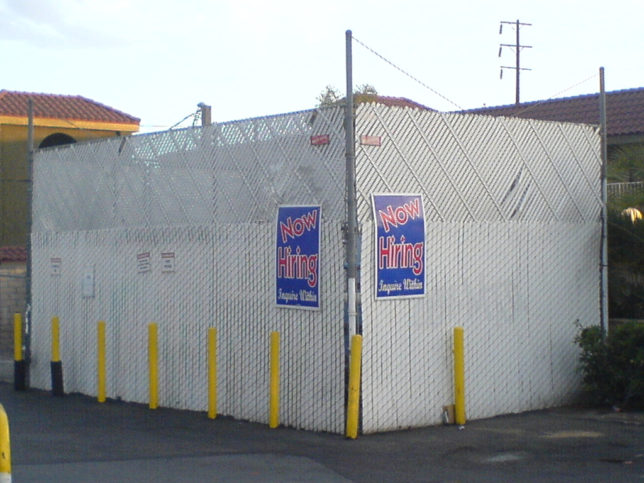 Yes, “site”, as in a plain site situated in plain sight. Bet it looks even plainer on the inside due to the apparent lack of windows, not to mention a door. Wouldn’t the latter make the whole “inquire within” thing somewhat of a challenge, to say the least? Maybe they’re interviewing pole vaulters. Flickr member joepopp captured this enigmatic example of hiring-inside-the-box back in March of 2007.