How eerie must it be to swim past submerged lamp posts, barbed wire and other remnants of an old Soviet prison while scuba diving in a former quarry? The setting is dangerous; visitors might brush up against sharp objects, and some have even died in diving accidents, but for avid explorers of abandoned places, the risks may seem worthwhile. After all, it’s hauntingly beautiful: the ruins of an old stone and concrete structure surrounded by turquoise waters, its underwater surfaces covered in algae and shellfish. 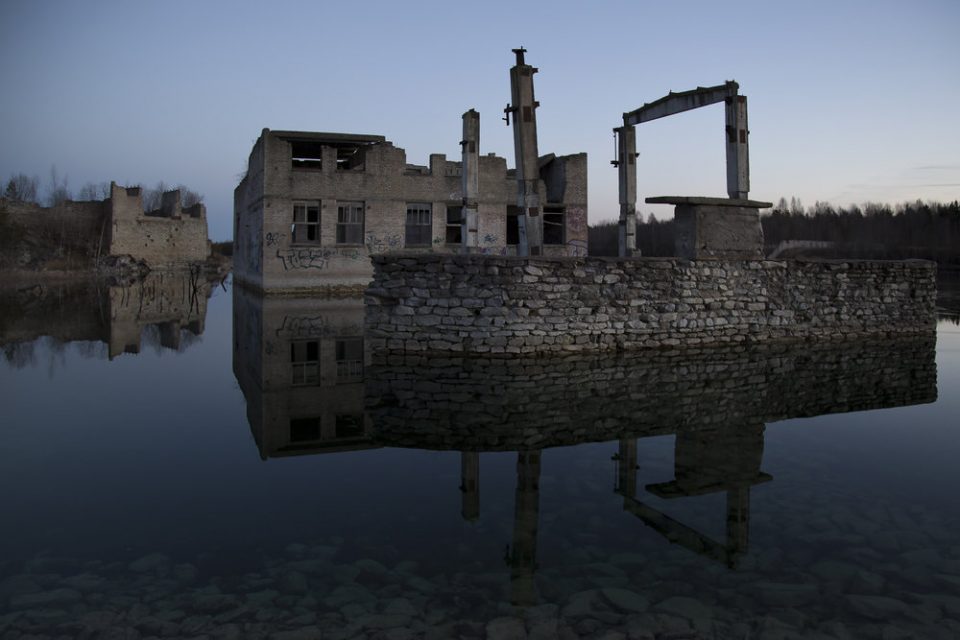 The ruins of this abandoned prison camp founded in 1938 are located in the small Estonian town of Rummu, within a limestone quarry where the inmates were once forced to labor. Its past is rather grim, as you might expect. The prison was well known for human rights violations, with frequent inmate deaths and hunger strikes demanding better treatment. Estonia regained its independence in 1991, and soon work at the quarry stopped. It quickly filled up with water, flooding any structures nearby. Other buildings that were part of the prison stayed dry and remained open as recently as 2012. 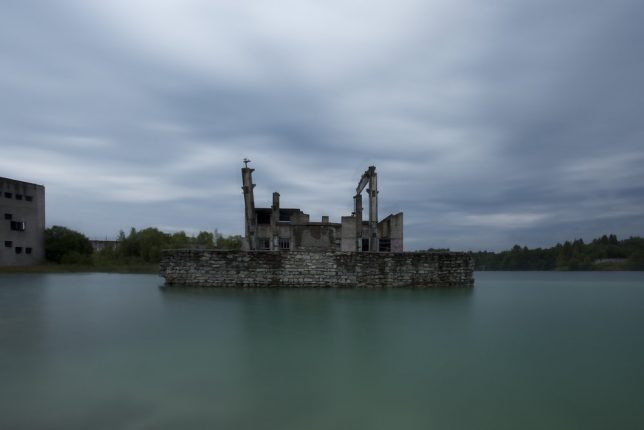 Visitors often have to cut through fencing topped with barbed wire to gain access. It’s a popular spot for swimmers and divers alike, both local and those visiting from other countries. A Finnish group of urban explorers calling themselves Abandoned Nordic documented their dive at this ‘prison beneath the surface’ with stunning results, and wrote about the experience on their website. 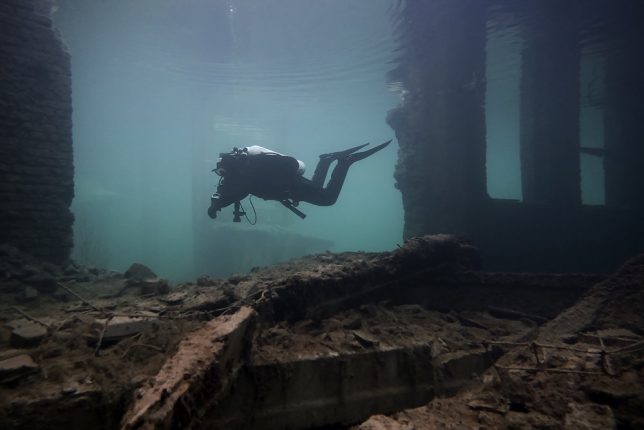 “We circled the largest building underwater, some sections of this particular building were above the waterline. The visibility in the water was fair but rays of midday sunlight revealed the walls and the shapes of the buildings in front of us. We swam inside from a large doorway inside the basement of a building with a partially collapsed roof. Some of the rooms were completely underwater. The rooms were full of concrete and darkness. Bars are still intact in the windows. Even though the buildings are grey, the penetrating greenness of the water brought warmth to the scenery. Nature has taken over this world a long time ago.”

“The buildings rising from the green water form a bizarre sight. On a clear day, one can see the underwater structures, buildings and walls, easily from the sand hill next to the quarry lake. I’m not surprised why this place fascinates so many, including Tanja. Unfortunately, not much history remains from this odd place. Just like in Skrunda, documents of old photos are really hard to come by. I have never seen one photo from the active days of the Rummu prison camp. It seems like Rummu was born underwater, but still we can figure out that the place used to be very different.”