Green space, installation art and public amenity are all distorted into something fresh and provocative with this strange creation, crashing together at the intersection of amusement and apocalypse. 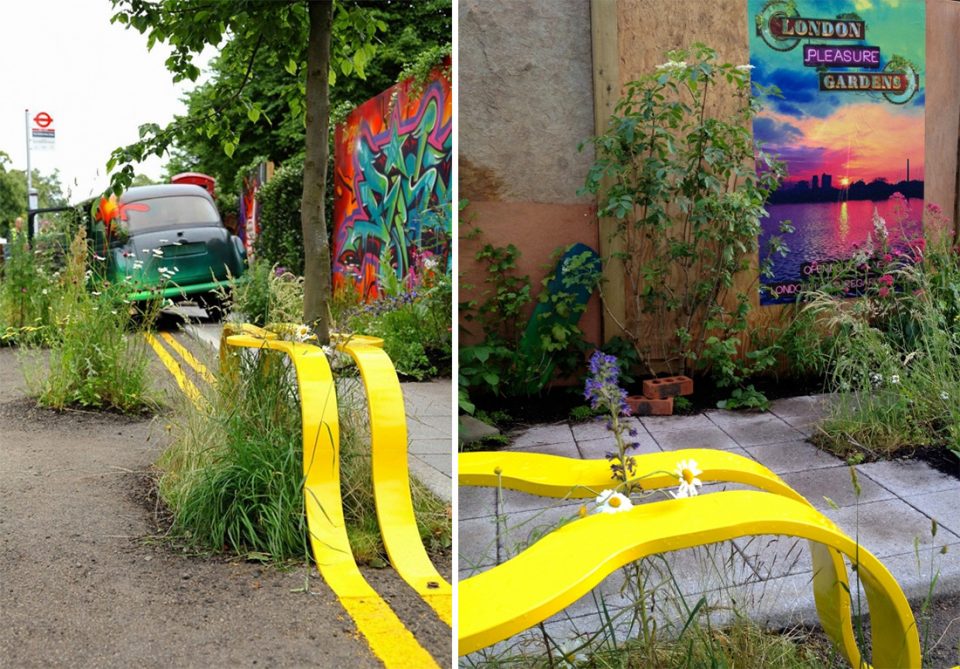 Developed as part of the Hampton Court Palace Flower Show in London by The Edible Bus Stop, a landscape firm that clearly has a sense of humor, the resulting scene is bit hard to parse at a glance. 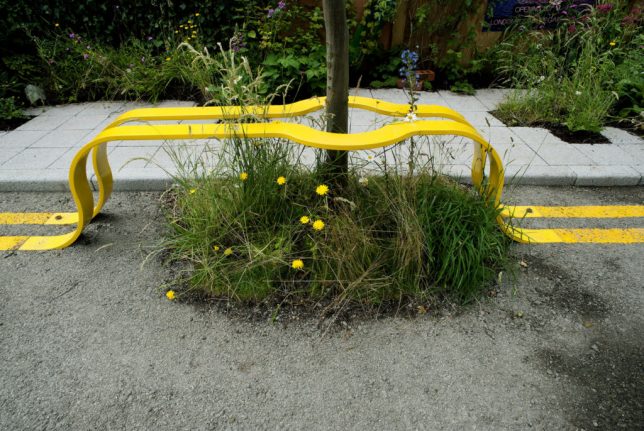 A totaled car (presumably misled by the lines), smashed phone booth and colorful graffiti help set the stage, but it’s the yellow lines that rise up from the ground and take physical form that really lend the whole work an edge of comic surrealism. A smattering of green growing up through the pavement helps, too. 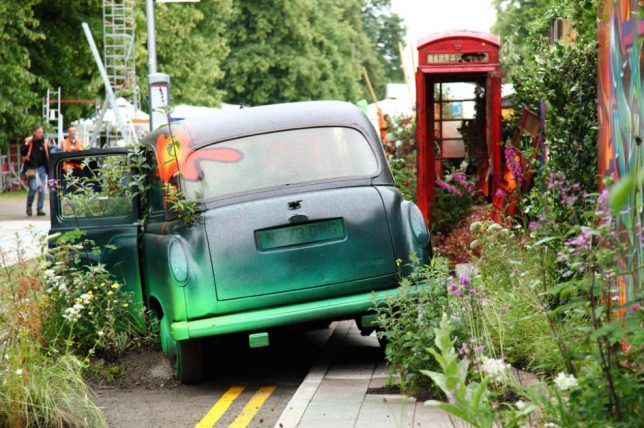 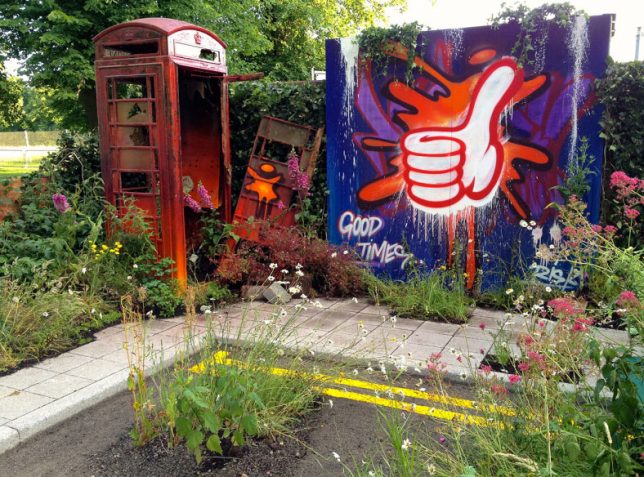 The temporary exhibition was titled Riot of Color conceived of as “a post apocalyptic interpretation of the after effects of the 2011 London riots.” The dark inspiration is evident, but perhaps overshadowed a bit by absurdity. (via Colossal)