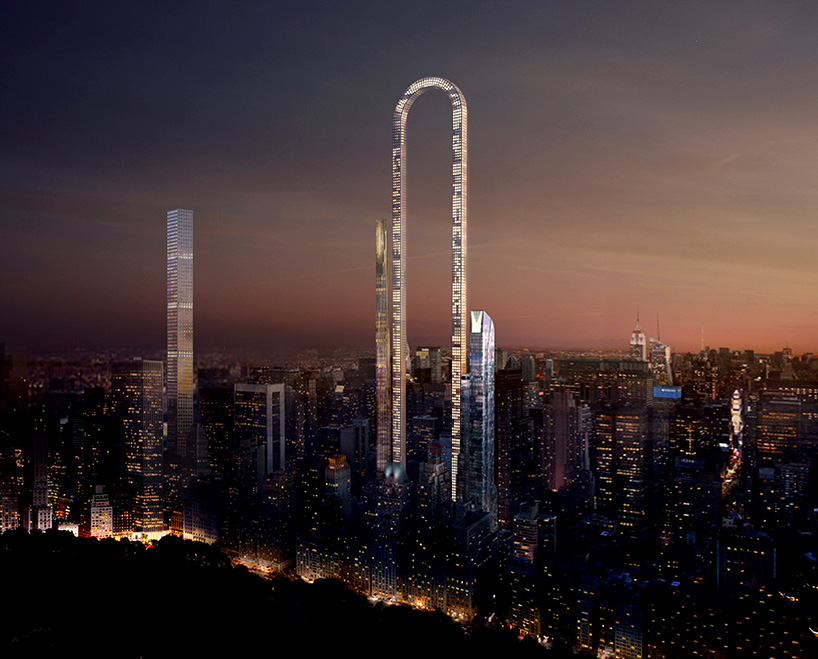 There’s lots of competition for the title of world’s tallest skyscraper, but does anyone care about the world’s longest – even when it extends vertically into an upside-down U shape? If you were to take ‘The Big Bend’ and straighten it out to stand on one end, it would extend impossibly high into the air, especially for how skinny it is. But architecture studio Oiio seems to be poking some fun at architectural norms and ‘luxury’ at the same time with this fictional structure. 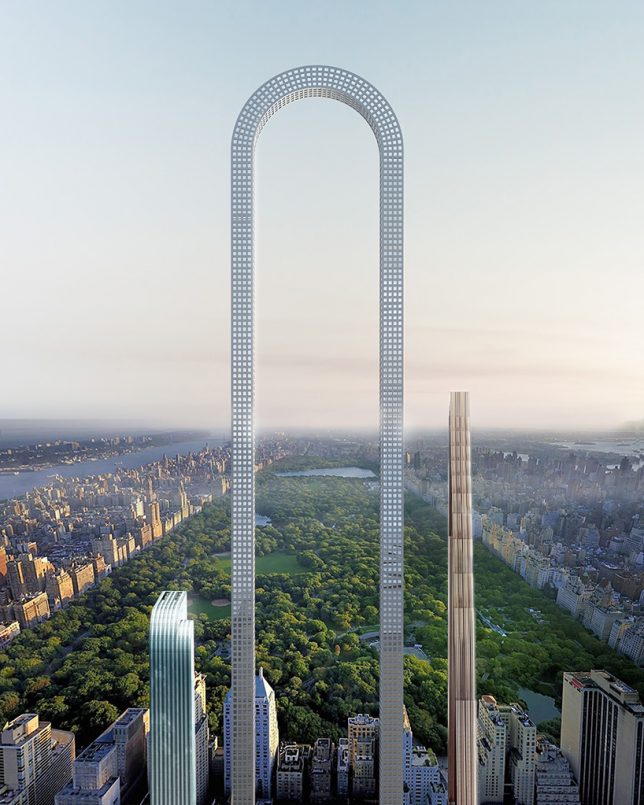 Designed to fit into New York City’s Billionaire’s Row, a controversial set of super tall, ultra-luxury residential skyscrapers that tend to block views and cast shadows into Central Park, The Big Bend wonders whether the prestige of an absurdly high structure still exists when it’s bent in half. It maintains roughly the same dimensions as a super tall structure, so does that mean the developers can charge as much for the apartments inside as they would if it extended all the way up into the clouds?

The tongue-in-cheek design repeatedly references the Monopoly-style, top-hatted caricature of a billionaire in its renderings, and the firm’s statements about their proposal reveal a frustration with the way buildings in this echelon are designed, regulated and priced. 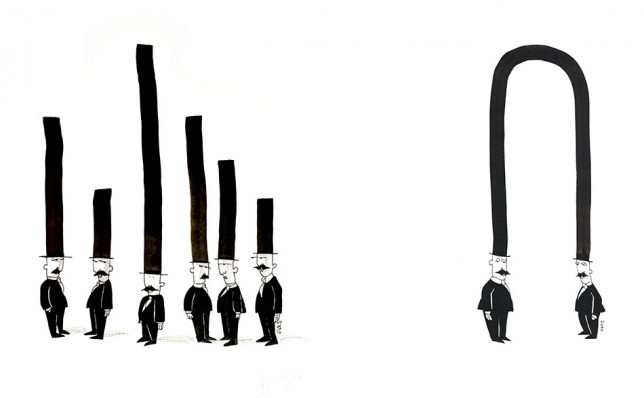 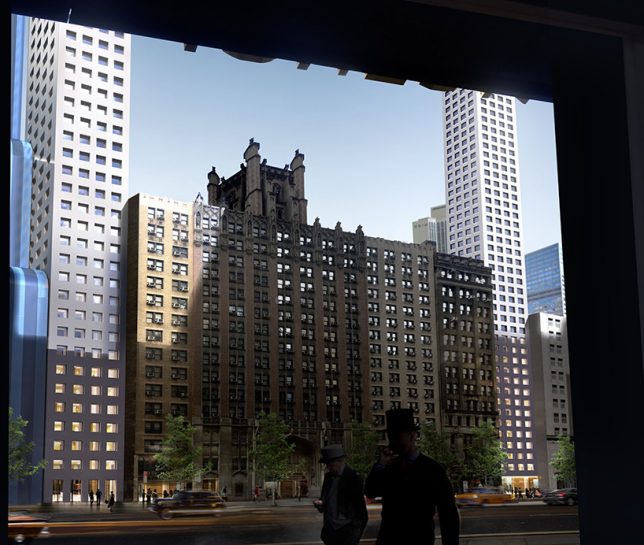 “There is an undeniable obsession that resides in Manhattan,” says the firm. “It is undeniable because it is made to be seen. There are many different ways that can make a building stand out, but in order to do so the building has to literally stand out. We have become familiar with building height measurements. We usually learn about the tallest building and we are always impressed by its price per square foot. It seems that a property’s height operates as a license for it to be expensive. New York City’s zoning laws have created a peculiar set of tricks through which developers try to maximize their property’s height in order to infuse it with the prestige of a high rise structure.” 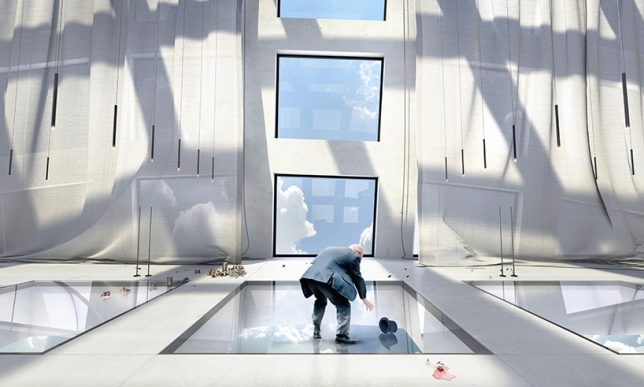 “But what if we substituted height with length? What if our buildings were long instead of tall? If we manage to bend our structure instead of bending the zoning rules in New York, we would be able to create one of the most prestigious buildings in Manhattan. The longest building in the world. The Big Bend can become a modest architectural solution to the height limitations of Manhattan. We can now provide our structures with the measurements that will make them stand out without worrying about the limits of the sky.”