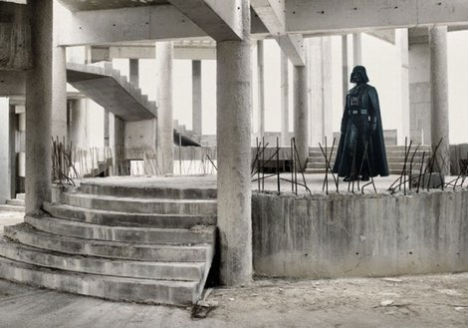 As the global recession has put a stop to all manner of construction projects around the world, perhaps no place has been hit quite so hard as Dubai. Long known for its outrageous architecture and even more astounding plans for the future, Dubai is now littered with half-built structures – which happen to provide quite a striking backdrop for some otherworldly characters. 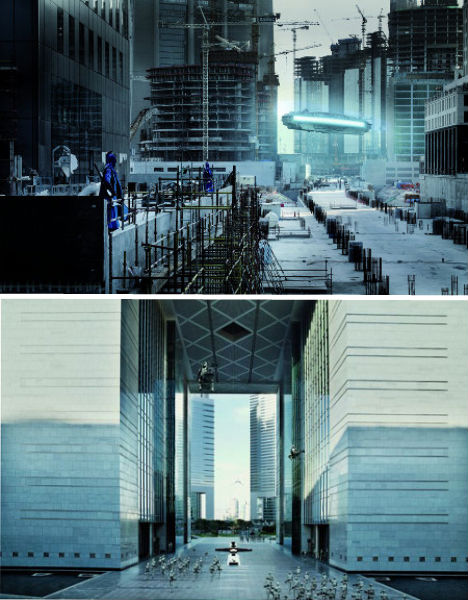 ‘The Dark Lens’ series places stormtroopers, droids, AT-ATs, Darth Vader and more in eerie, blighted landscapes that seem as if they could be from a long time ago in a galaxy far, far away. Dubai is just the latest setting in a trilogy of Star Wars photo series by photographer Cedric Delsaux and digital artist Pierrick Gueneugue, which previously featured Paris and Lille, France. The Dubai installment was released in February 2010. Delsaux won the Kodak prize for landscapes and architecture for the series. 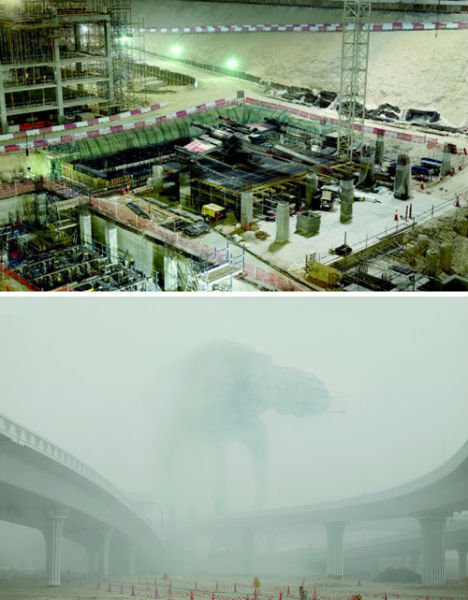 In an interview with the French magazine Amusement, Delsaux explained that he didn’t originally intend for Dubai to become part of the series. He traveled there to take photos of Dubai in its state of half-completion. The photographer was simply entranced by the surreal look of the construction sites and the feeling of loneliness they seemed to radiate. 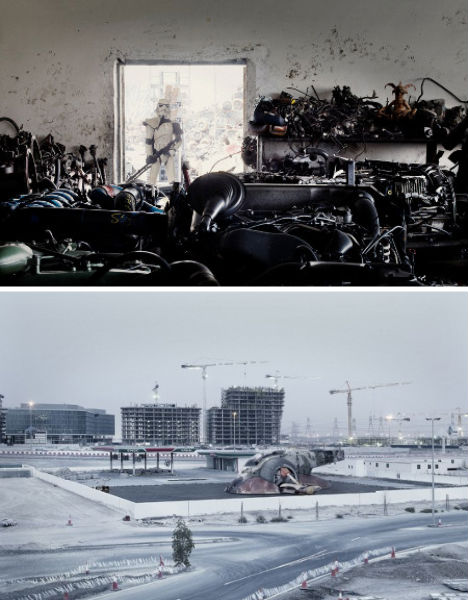 “In a city that is essentially superlative (the tallest, the biggest, the most expensive…), even the craziest of places can wind up looking almost banal… I instantly knew that all the characters from the Star Wars galaxies would be at home here… The series is really a question about fiction. Where does it begin? What role does it play within our perception of reality?”