Apple Watch’s failure to catch on tells us most people probably don’t want to wear full-on smartphones on our wrists, but that doesn’t mean standard analog watches couldn’t use a bit of modernization. These concepts for technology-augmented timepieces include hybrid digital-analog designs, watches that communicate with your car, wrist-launched camera drones and a smartwatch Darth Vader would love. Some are cool ideas, some need work and others are downright terrible, but they might give us an idea of what’s to come in terms of wearable technology. 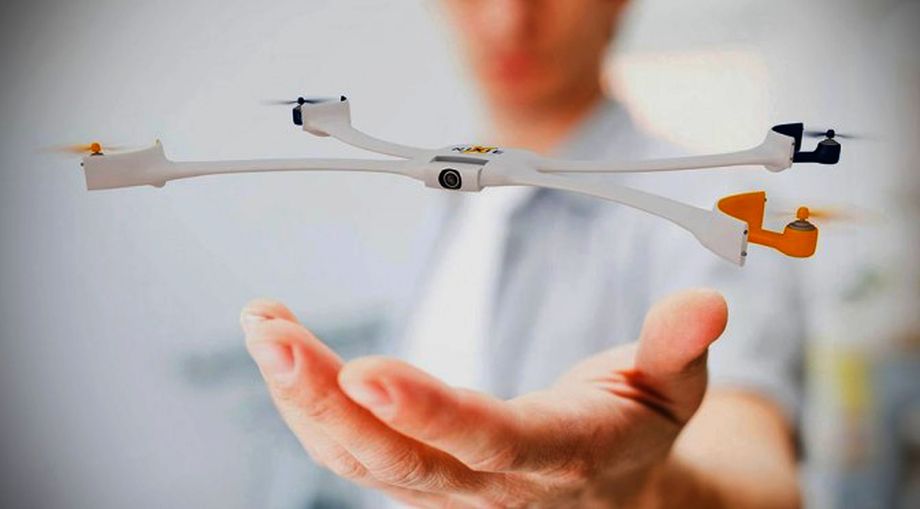 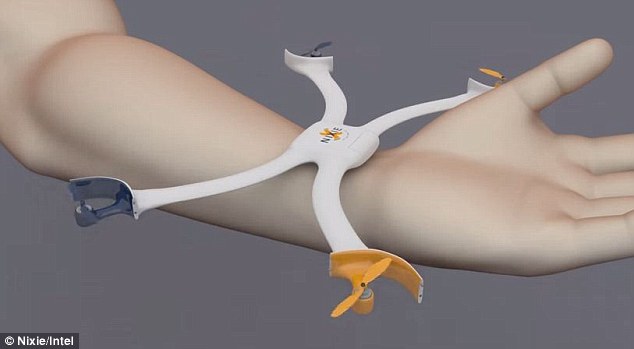 Launch a camera zone from your wrist anytime you want with ‘Nixie,’ which uses motion-prediction algorithms and sensors to guide itself along four pre-programmed paths to capture full HD photos or video from the air. Weighing less than 0.1 pounds, it can connect with a smartphone for easy data transfer. Th idea is that the camera can capture whatever you’re doing and then fly right back, whether you want to take a quick selfie or record some kind of stunt. Mimicking the look of a wrist watch, it’s an interesting piece of wearable tech for sure, with one problem: it doesn’t tell the time, so if you like wearing a watch, you’ll have to double up. 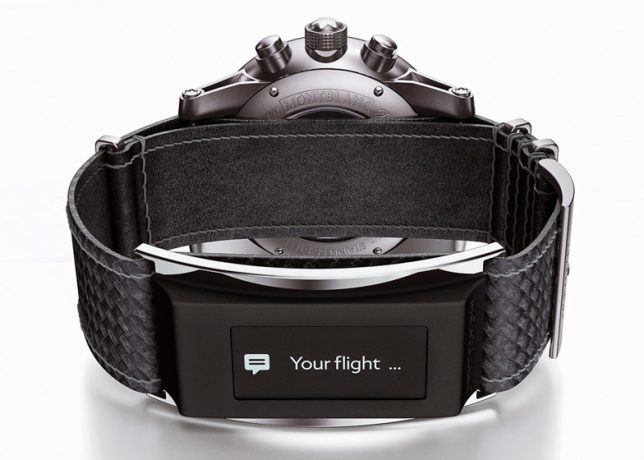 If you can’t bear to part with your analog watch, but wish you could upgrade it somehow, this one’s for you: the Montblac e-Strap, which adds a 14.2-millimeter-wide OLED screen to the inside of your wrist. Connecting to a smartphone via Bluetooth, it works as a remote camera trigger, controls for a music player, incoming text and call alerts and physical activity data collection. It also has a ‘find me’ function in case you’re prone to misplacing your phone. 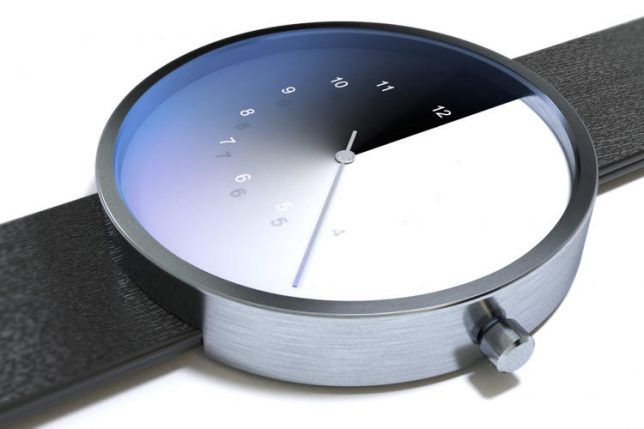 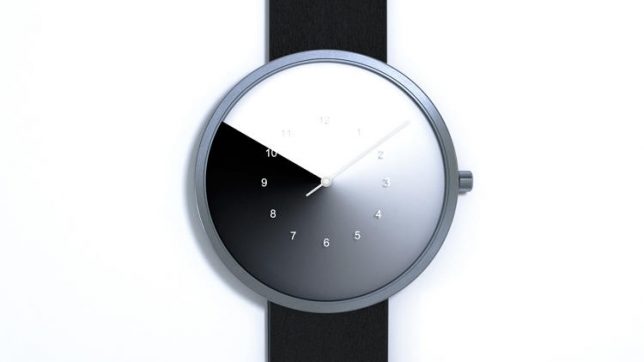 This watch needs no hour hand, using a color gradient to indicate the time. ‘Hidden Time’ by Jiwoong Jung has a minimalist look that’s constantly shifting as the minute hand makes its rounds, with the hard line between black and white telling you what hour it is. 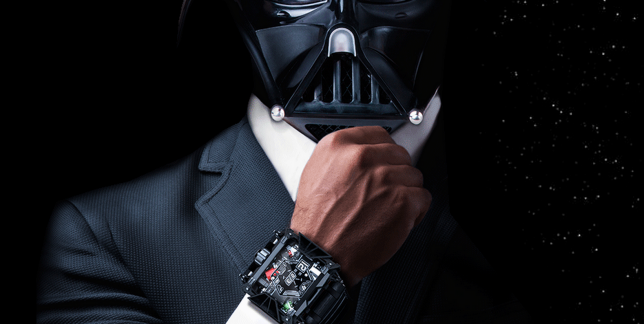 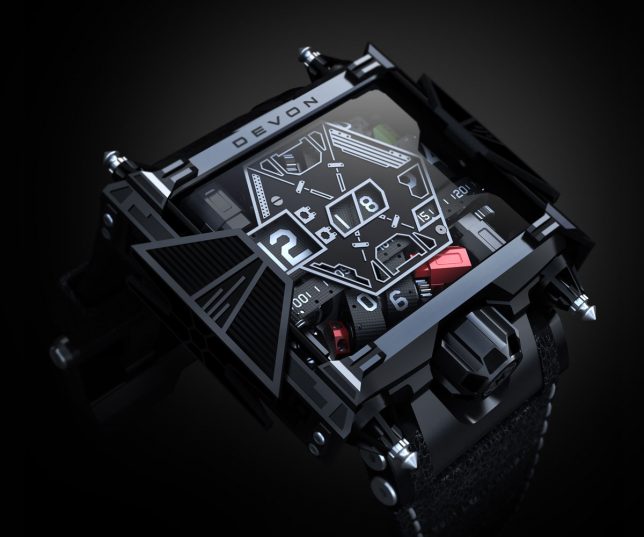 What would Darth Vader wear? Los Angeles watchmaker Devon answers that question with its Star Wars watch, with a silhouette calling to mind the villain’s helmet, a strap modeled after his Sith gloves and a stand that makes it look like a TIE fighter. If you want one for yourself, you might have to do something villainous to get it: the price tag is a hefty $28,500.

Smell the Time with ‘Scent Rhythm’ 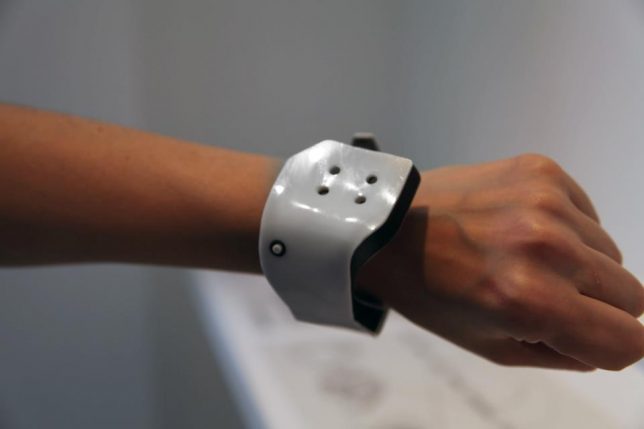 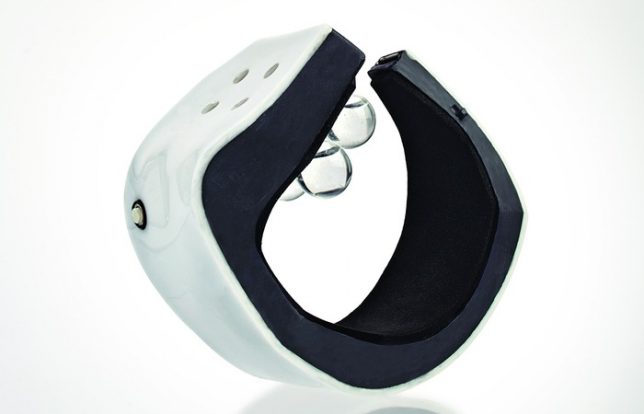 ‘Scent Rhythm’ doesn’t care exactly what time it is so much as it wants to help your body ease into each phase of the day naturally, aiding your circadian rhythms through the release of four different fragrances. Detecting a certain scent will give an a general “feel” of the time every six hours, activating our natural sense of time, called chronoception. The smells were specifically selected and timed to amplify the rhythms that help govern our sleep and waking cycles. First comes coffee, then a library-like smell of paperback books, then whiskey and tobacco, and finally chamomile. Like the idea? Designer Aisen Caro Chacin offers plans to build your own.