Temporarily submerged in a swimming pool for snorkelers to explore or permanently sunken into the sea as a diving destination, these subaquatic works of art take on a whole new dimension under water. Artists create faux shipwrecks, artificial reefs, submerged art shows and other water-themed works, often with environmental messages.

Treasures from the Wreck of the Unbelievable by Damien Hirst 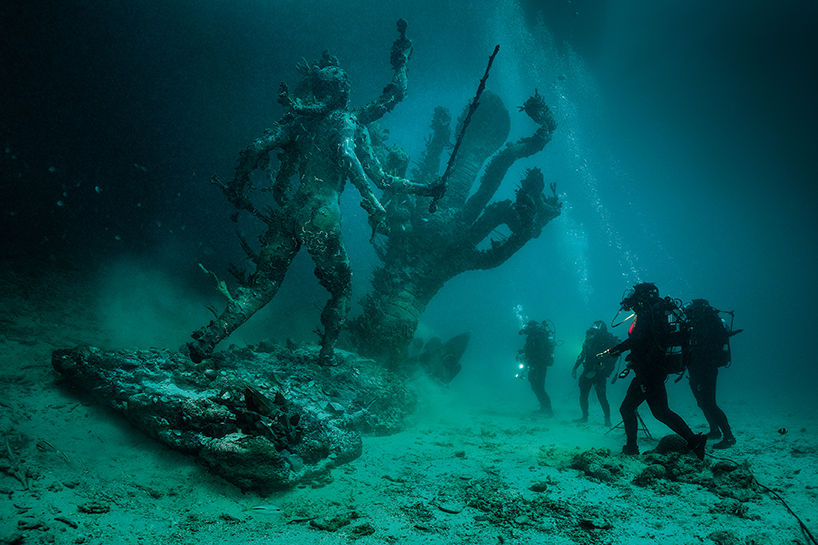 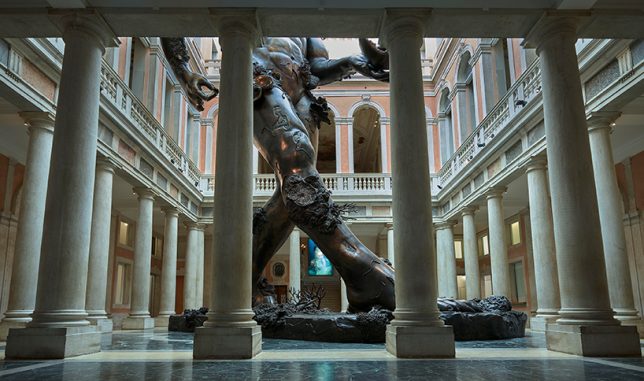 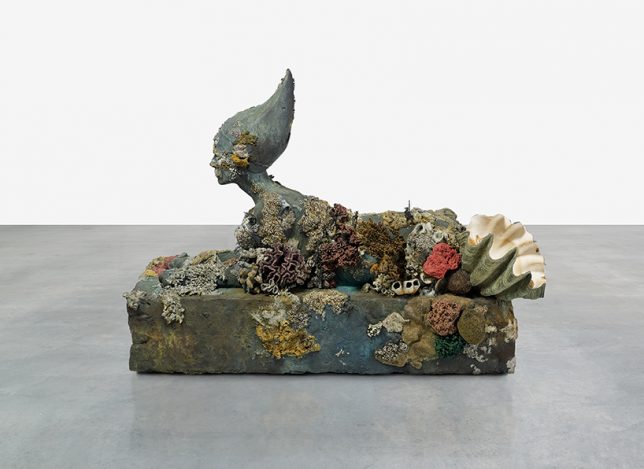 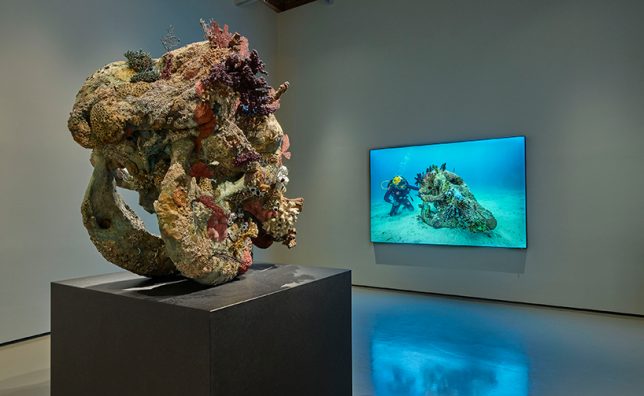 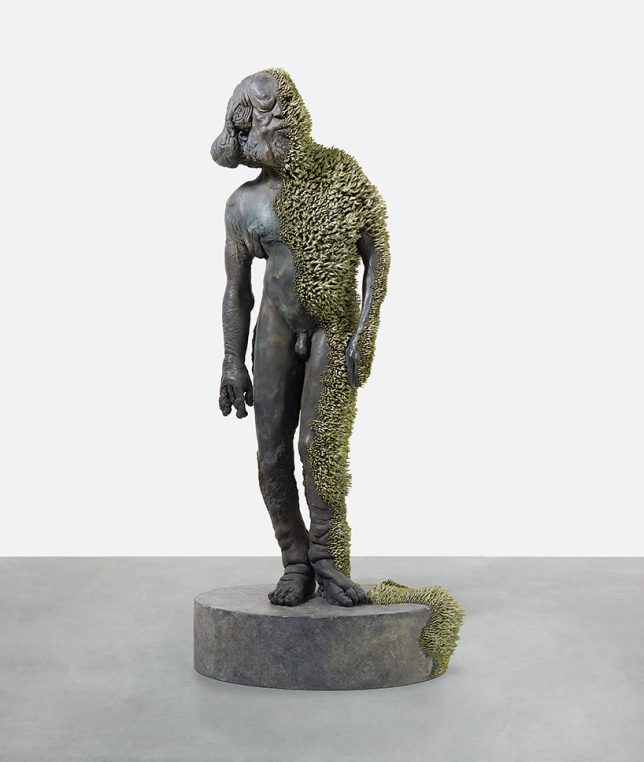 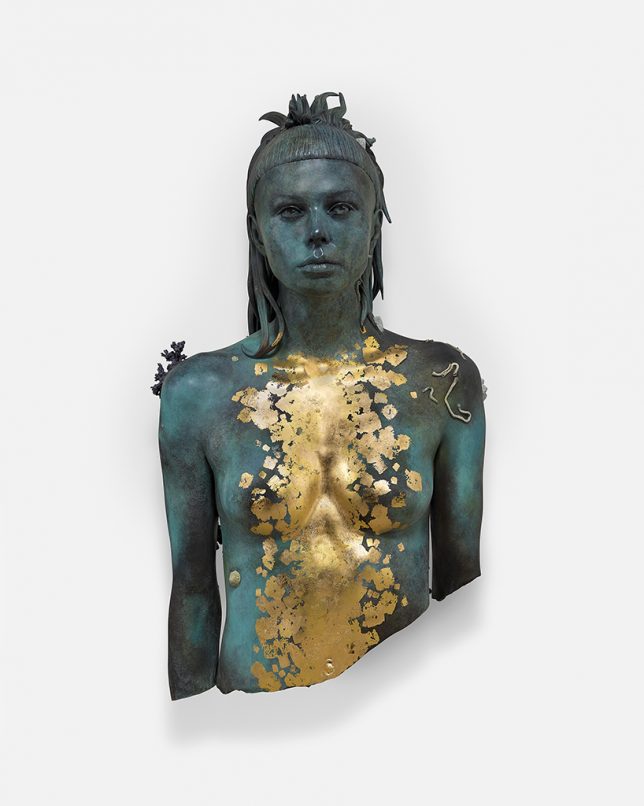 Ten years of work culminate in a massive museum show in Venice as artist Damien Hirst displays ‘Treasures from the Wreck of the Unbelievable,’ based on a fictional account of an ancient shipwreck. The sculptures were lowered into the ocean so their ‘discovery’ by scuba divers could be filmed, and then brought back up again. No one ever called Hirst – who’s known for his outlandish and often absurdly expensive spectacles – unambitious. 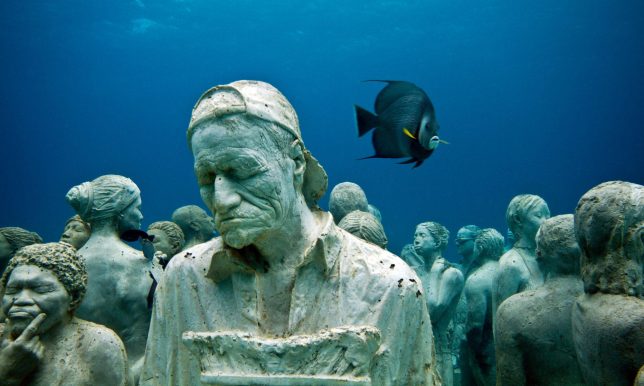 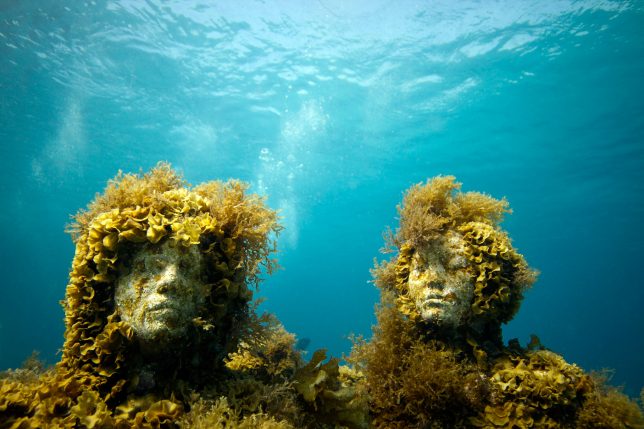 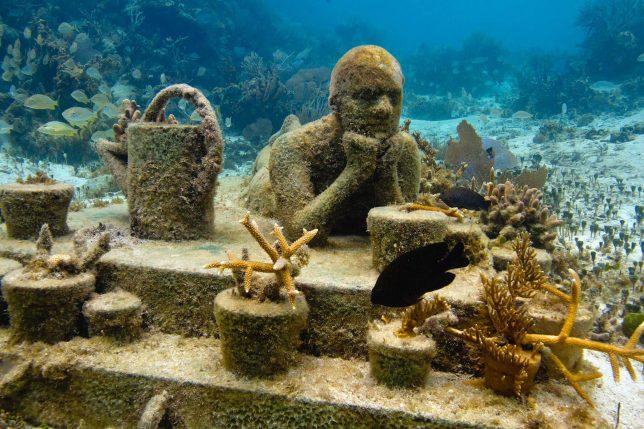 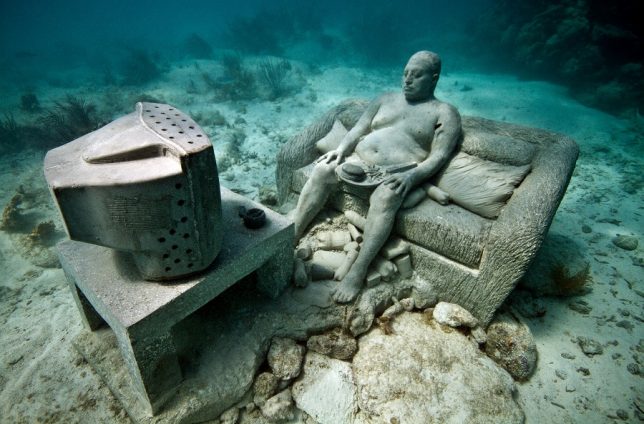 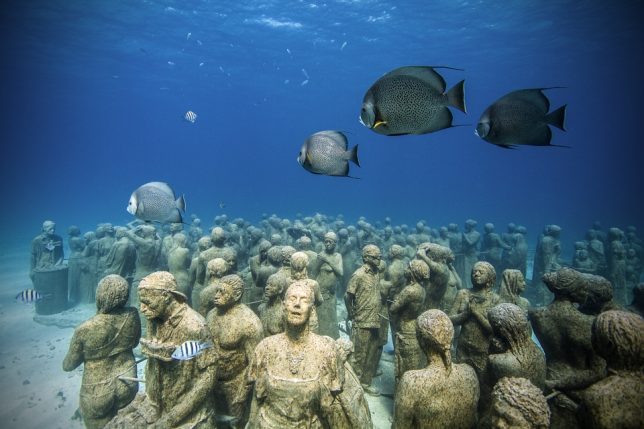 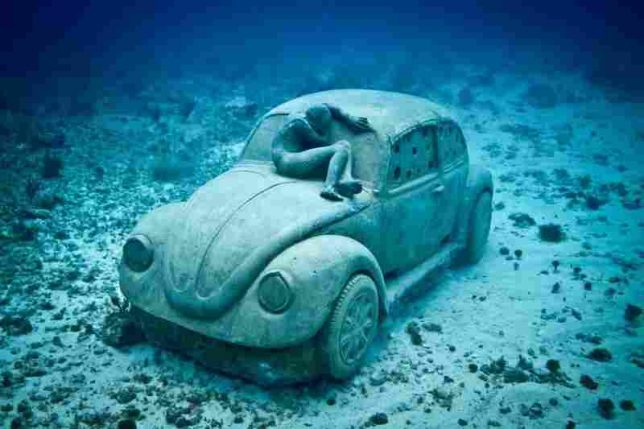 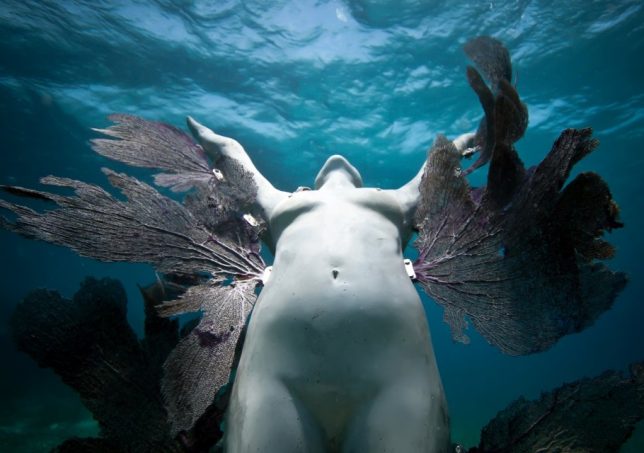 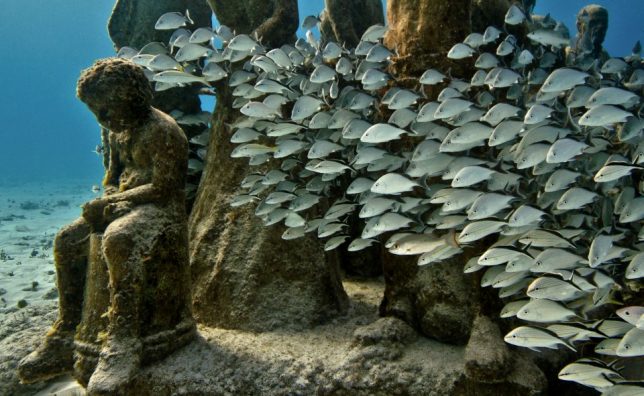 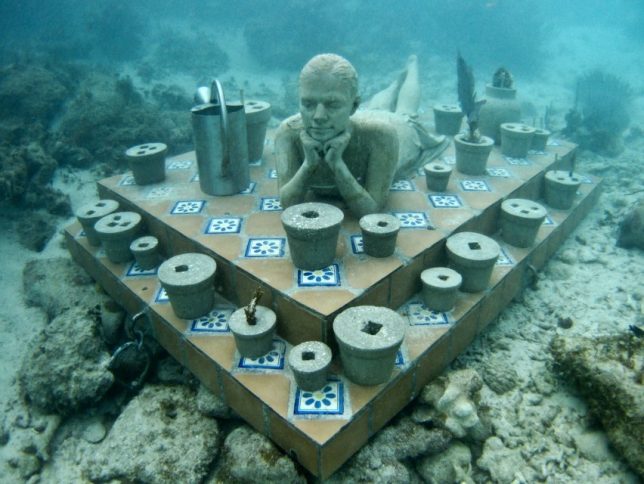 Looking at the many sculptures by Jason deCaires Taylor that have been submerged into the sea and transformed into artificial reefs, you can’t help but wonder whether these items might remain long after we living humans have rendered ourselves extinct, waiting to be discovered by alien explorers. The sculptor’s work revolves around such issues as immigration and the Syrian humanitarian crisis, and many exhibitions – like The Raft of Lampedusa in the Museo Atlantico, the first underwater contemporary art museum in Europe – are open to divers. 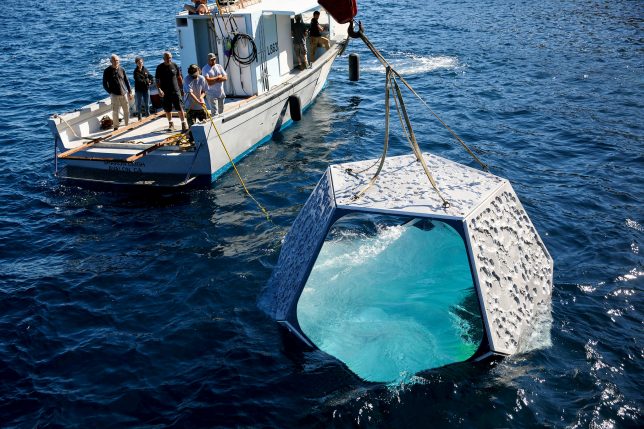 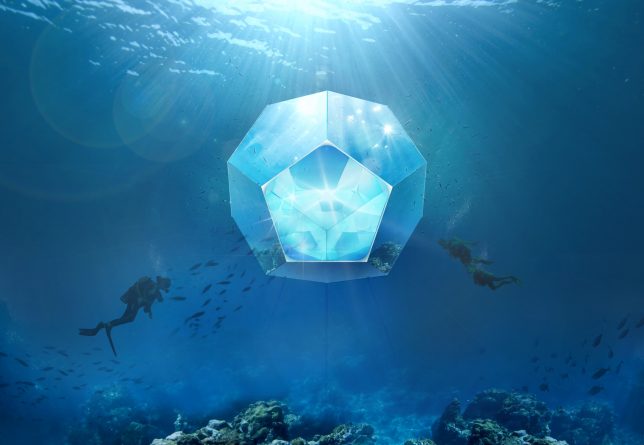 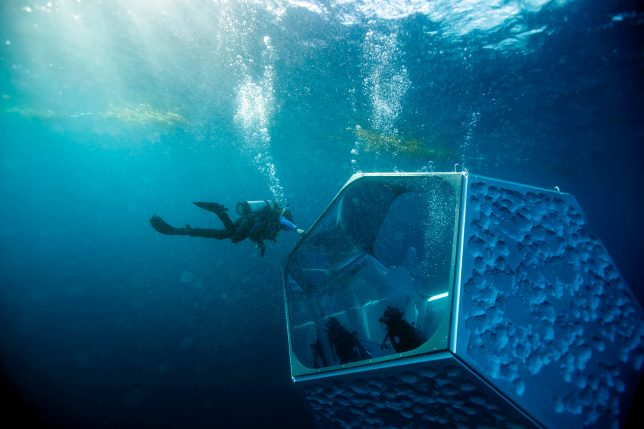 Artist Doug Aitken created three geometric swim-in, swim-out pavilions that are now moored to the ocean floor in a dive park off Avalon, California. Each twelve-sided structure is lined with mirrors, giving them a shimmering appearance that almost doesn’t look real. Produced by Parley for the Oceans and presented in partnership with the Museum of Contemporary Art Los Angeles, the installations “engage the living ecosystem as the viewer swims into and through the sculptures, which create reflective abstractions. The work operates as an observatory for ocean life, creating a variety of converging perceptual encounters. The sculptures will continously change due to the natural and manmade conditions of the ocean.”

Underwater Sculptures Made of Trash by Forlane 6 Studio 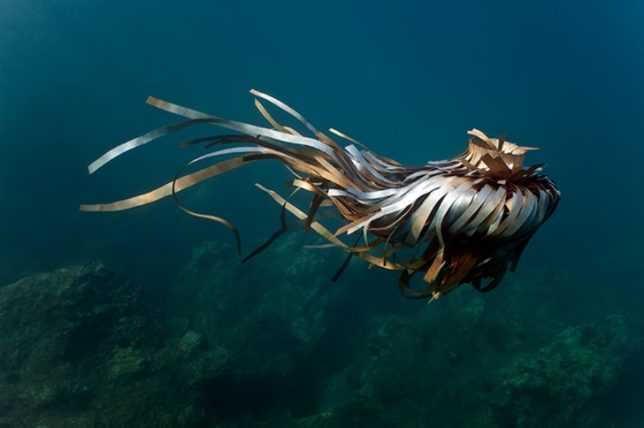 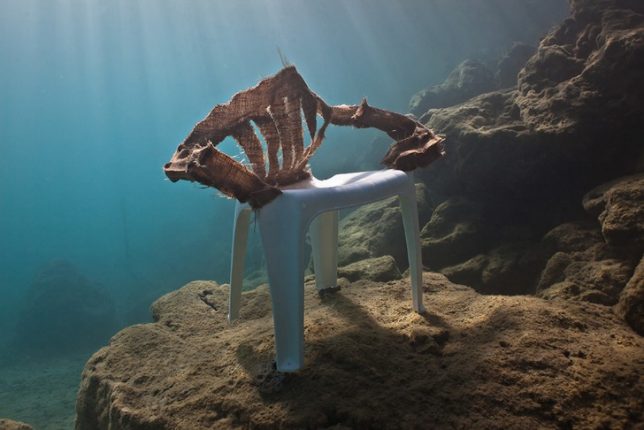 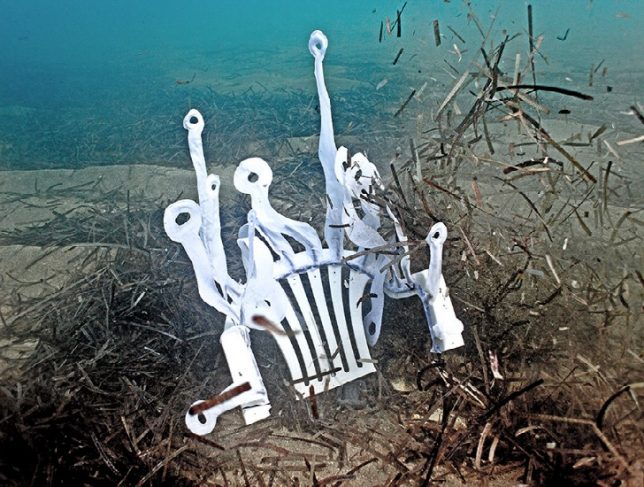 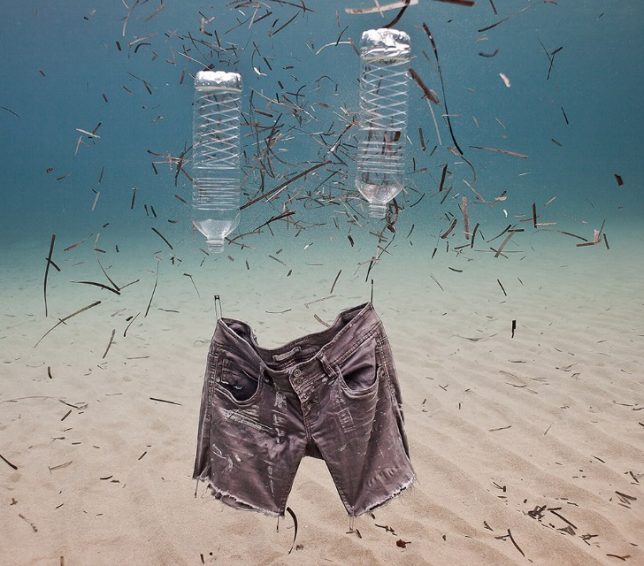 Discarded items found on the beach are transformed into surprisingly beautiful and poignant works of art by Forlane 6 Studio in this underwater photo series. The objects represent the careless way in which human activity has invaded virtually every corner of the earth. “When submerged, the objects seem to metamorphose and become organic creatures,” say the artists. “Their role in space is no longer fixed and static.” 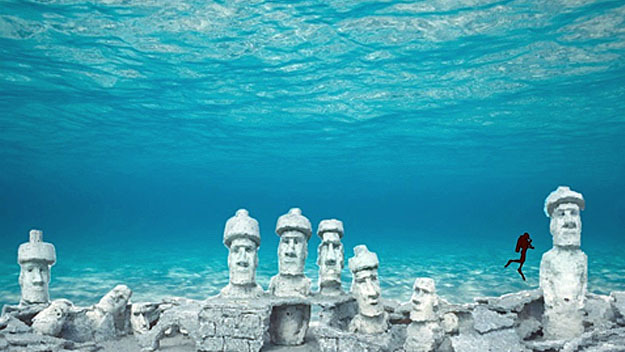 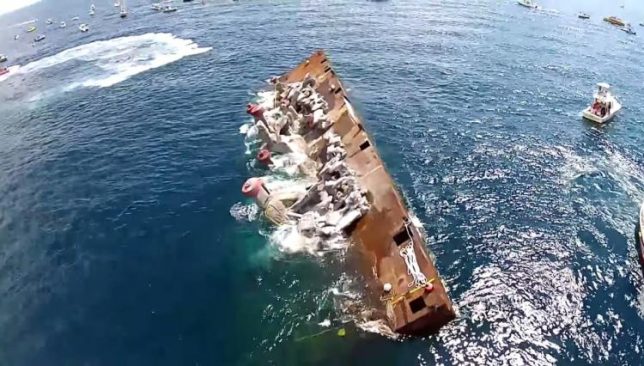 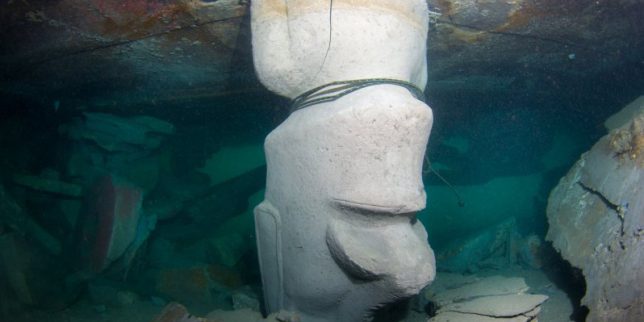 Intended as an underwater replica of the famous Easter Island sculptures, Rapa Nui Reef was supposed to be a dive site off Deerfield Beach in Florida. The sculptures were cast, shipped and loaded onto a barge for installation – but technical difficulties destroyed the project. The barge flipped over, destroying the statues. Oops.