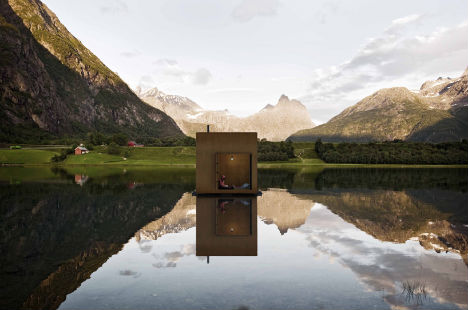 Imagine a city in motion, where not a single building is anchored to the ground, with hotels, event halls and other structures all on rails and movable at will. That’s the vision behind ‘A Rolling Master Plan‘, a concept for the Norwegian city of Andalsnes by Swedish architects Jägnefält Milton. Both existing and new railway systems would be used to reconfigure the town for seasonal changes and special events. 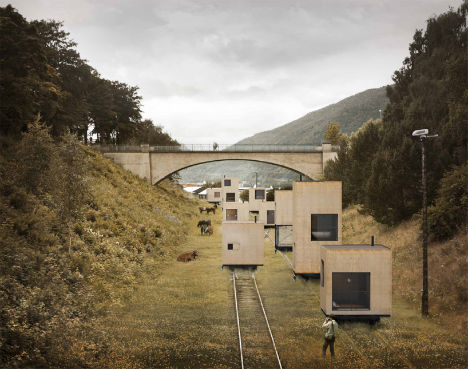 The concept, which won third place in a competition to design a new masterplan for the city, is based upon small blocky buildings including a rolling hotel, public bath and concert hall. Because the town is full of tourists in the summer but becomes very cold and dreary in the winter, such a scheme would allow the entire town to take full advantage of warm weather by spreading out. 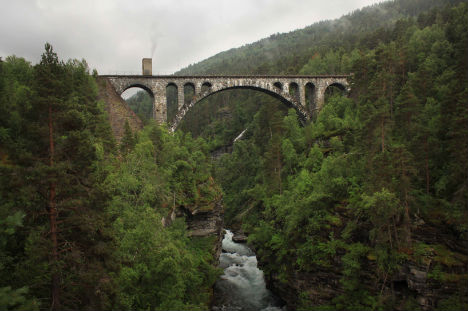 In the winter, the collection of buildings would be pulled into the the town center for locals to enjoy. Moving the structures and reorganizing how they’re laid out gives tourists a new town to come back to every year. Each of the portable structures is kept on a trailer at all times, making transport quick and fairly simple. 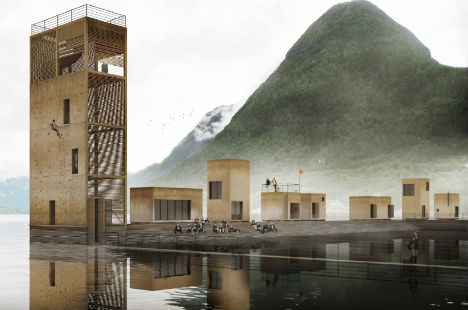 “We are really happy that the jury took our proposal serious, its not only a good proposal which we are very proud of, it´s also fully doable,” says Carl Jägnefält, one of the two founders of Jägnefält Milton.