Once standing as symbols of prosperity within the luxurious interiors of grand European villas, these broken pianos have played their last tunes, now rotting among ruins. Photographer Romain Thiery traveled throughout France, Belgium, Italy, Germany and Poland to find abandoned mansions and other buildings where a forgotten piano might still stand, looking forlorn and forgotten in their crumbling settings. 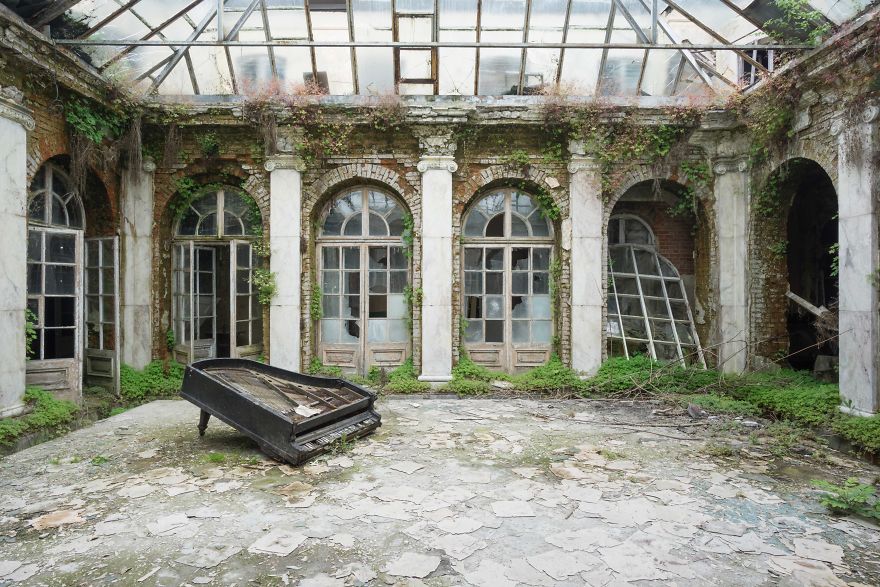 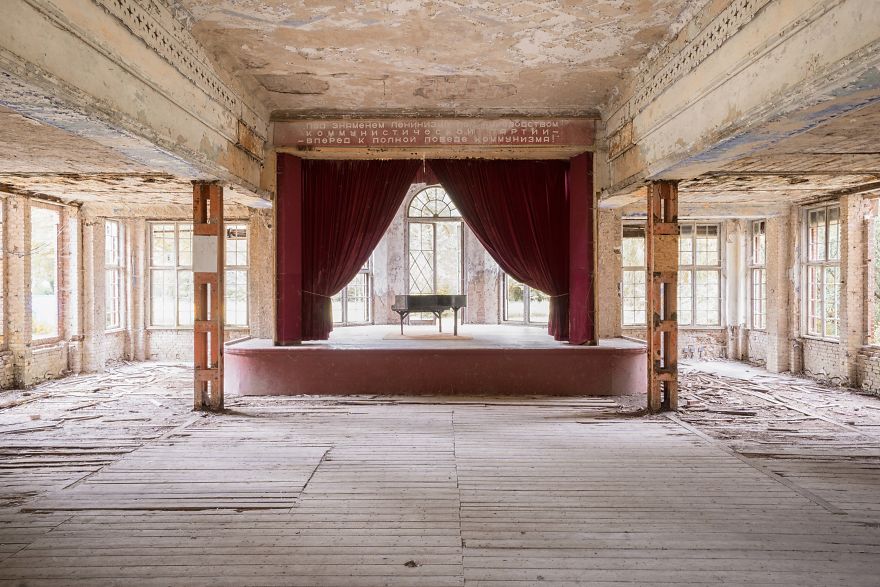 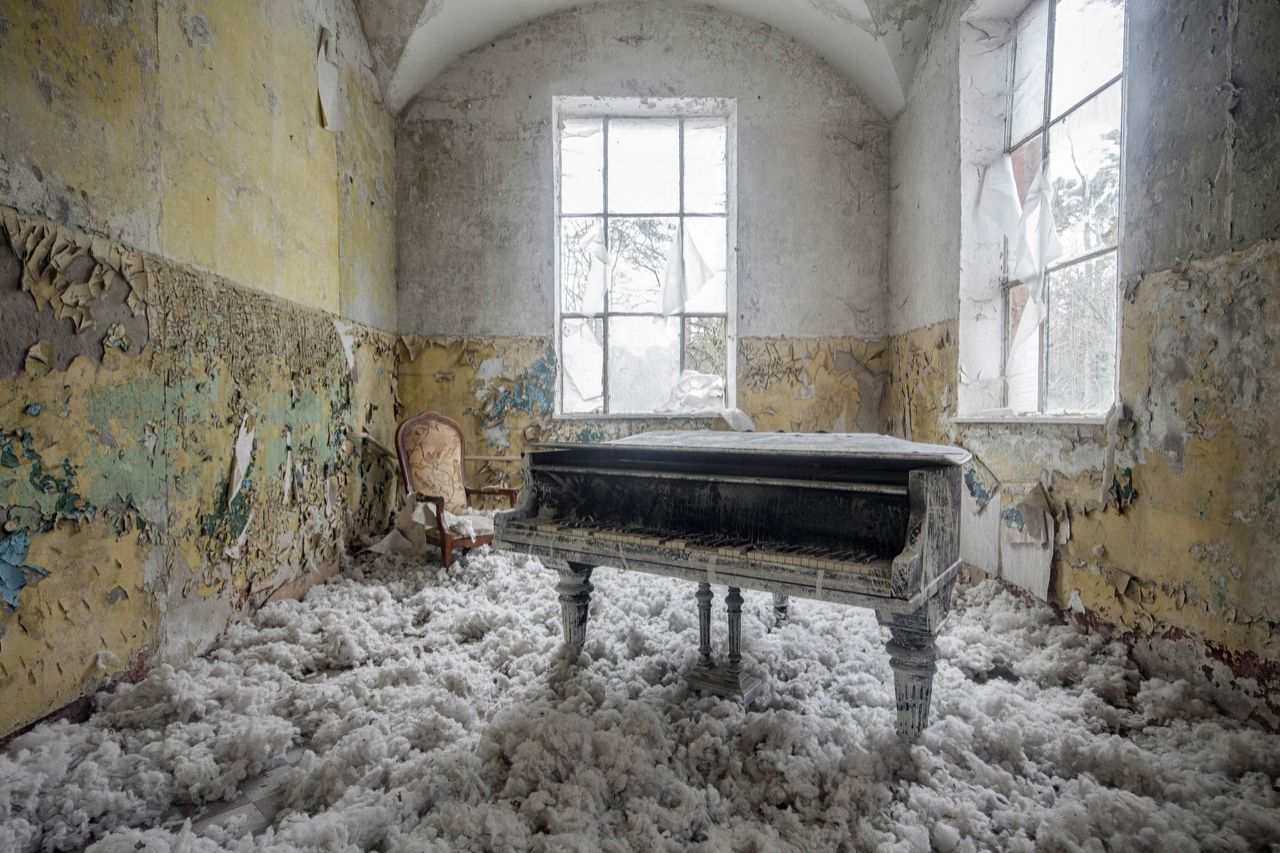 “As a pianist myself, emotion takes over when I discover a neglected piano,” says Thiery. “This is the culmination of my art: my two passions are then united in one and the same feeling.” 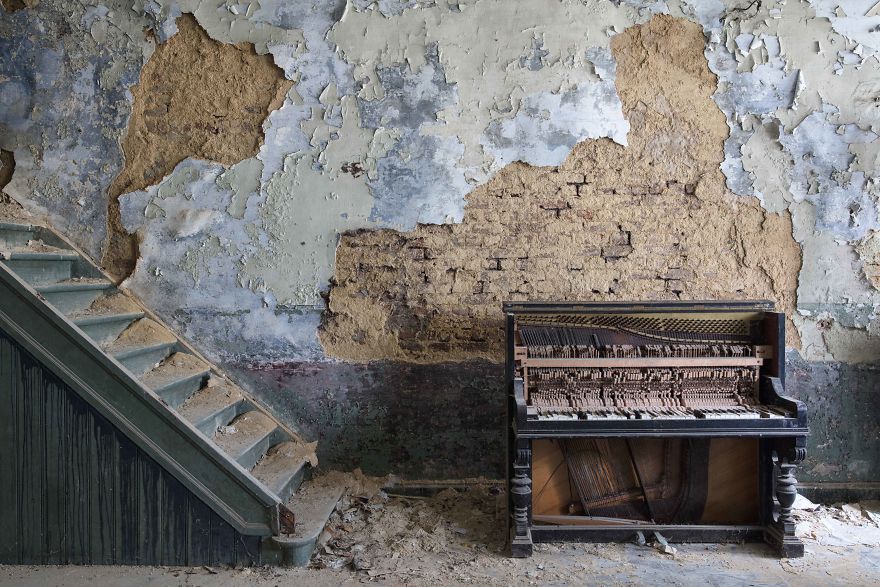 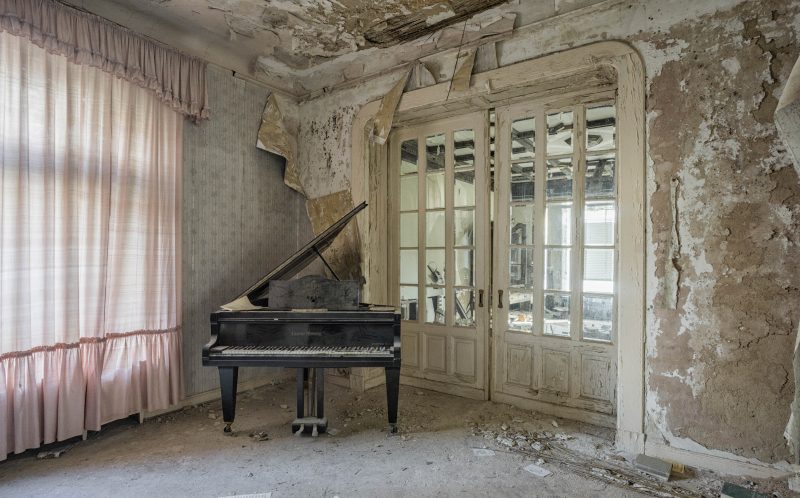 Each of the abandoned places captured by Thiery for the ‘Requiem for Pianos’ series is in a slightly different stage of decay; some are only just beginning to show the ravages of time, the spaces looking almost like they’re still occupied, while others are speckled with black mold, the floors awash in fiberglass insulation, brick walls half-fallen. 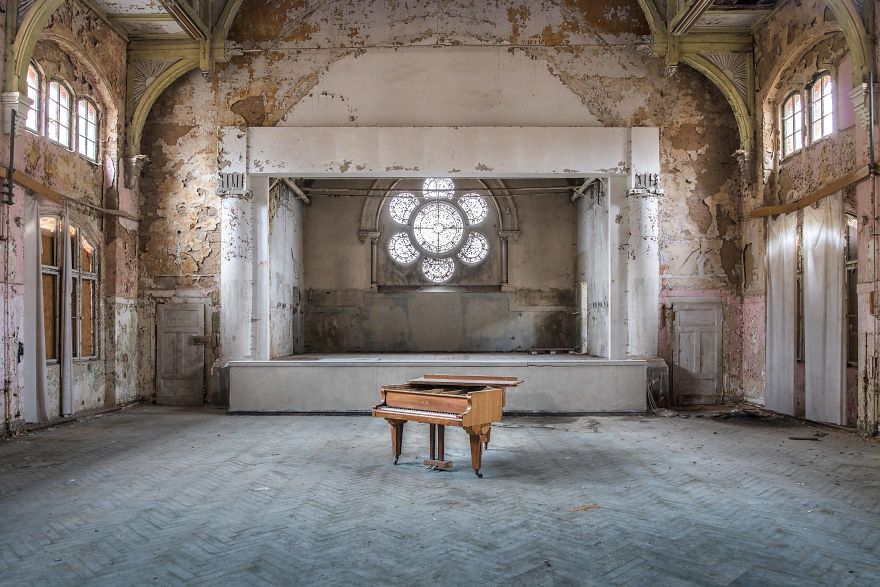 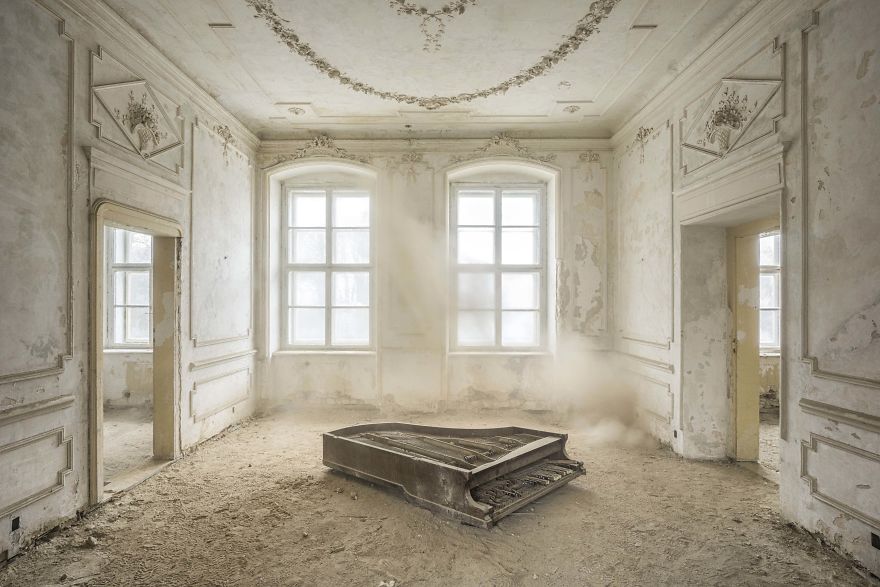 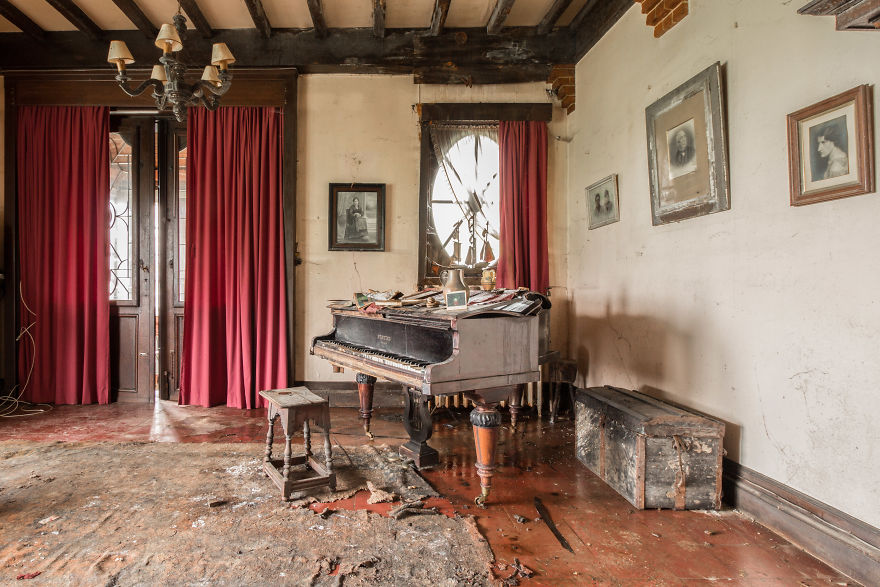 The state of each subject, meanwhile, is sometimes slightly out of step with its surroundings, as if reflecting the individual piano’s personality and will to survive. Some are nearly destroyed in rooms that are just a little neglected, while others seem more persistent, as if they could still be convinced to revive for the right player. 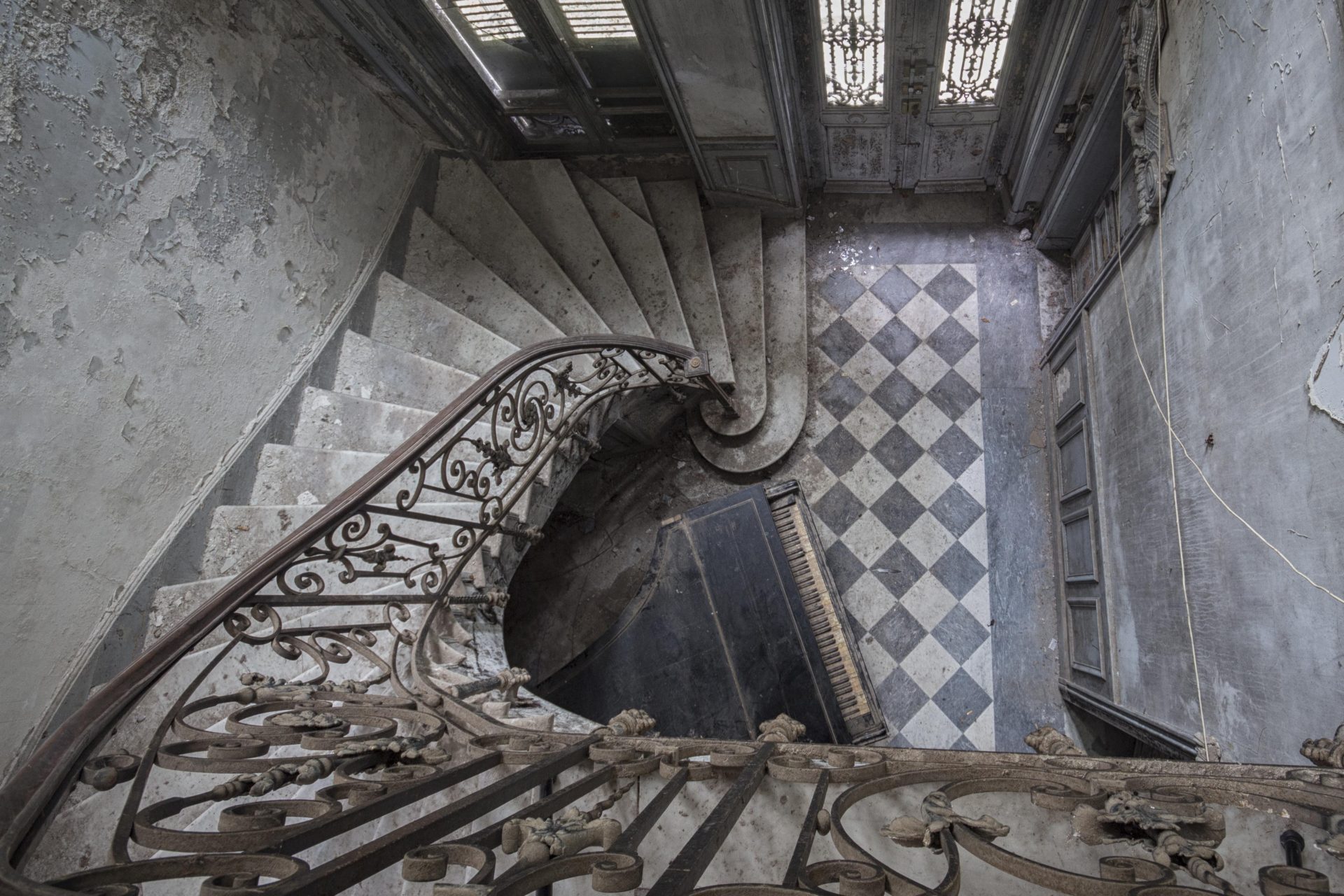 The series is also notable for the heartbreaking beauty of the villas themselves, with all of their hand-crafted details, beautifully shaped glass windows, herringbone wood floors, scrolling wrought iron banisters and even portraits still hanging on the walls. Sometimes they give you a sense of who might have lived there, and what they might have been like, but many are too far gone for that. It feels like such a waste, and makes you wonder what happened to the structures and the former players of all those pianos.