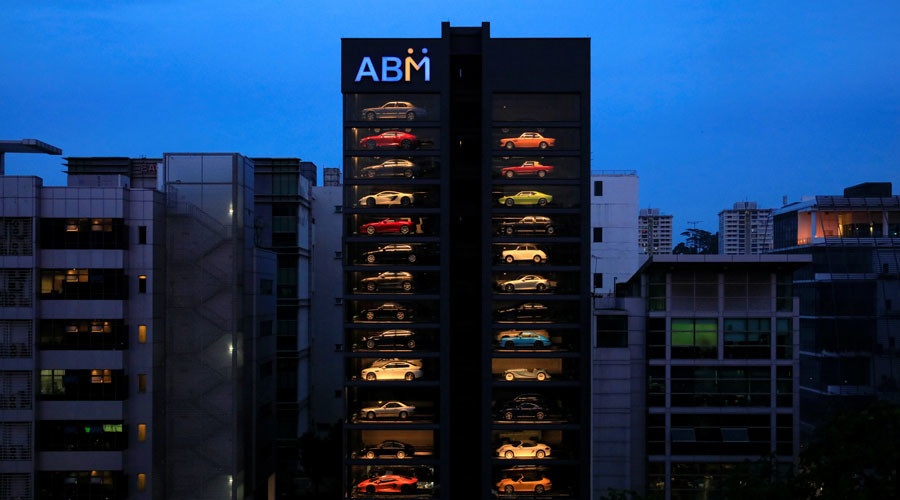 Combining architecture, advertising and technology, this car dealership lets users punch in numbers to bring their vehicle of choice down a 15-story showroom looming above in full view. The tall lit-up facade of Autobahn Motors acts as a billboard and show space, letting fans scope out a Lamborghini from a distance then take it out for a test drive on the streets below. 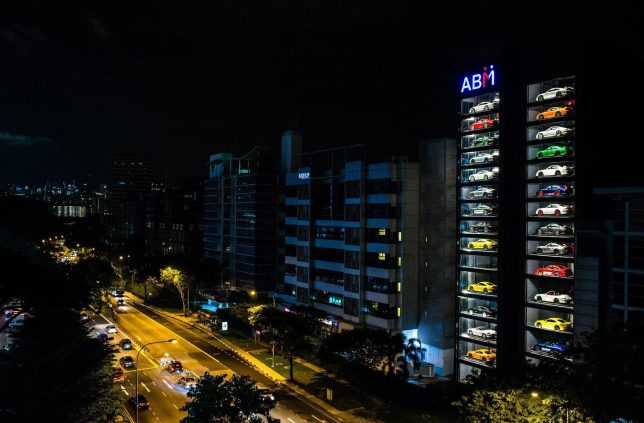 The design responds in part to the lack of surface real estate in this space-crunched island city-state of Singapore, but it also serves as great marketing for the business. While not the first such automobile-vending tower in the world, it is the largest, and it works quickly: a user-selected vehicle can be brought down in just two minutes from the floors far above. Given land scarcity in cities, this unusual-looking typology makes a lot of sense, and could start to spring up in other places as well. 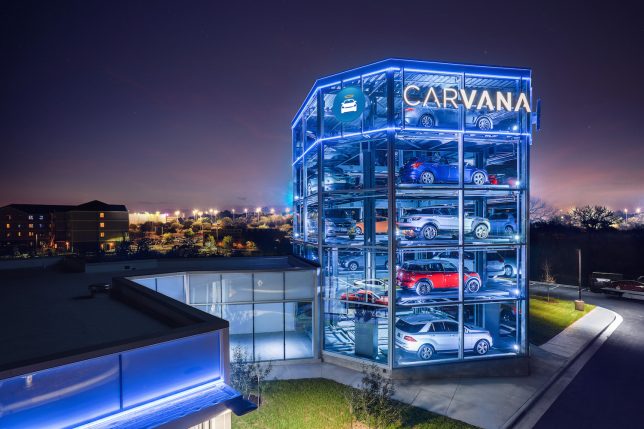 Meanwhile, for those in the United States: Carvana has smaller versions located in Austin, Texas and Nashville, Tennessee. These are less a response to density issues and more driven by marketing and novelty. 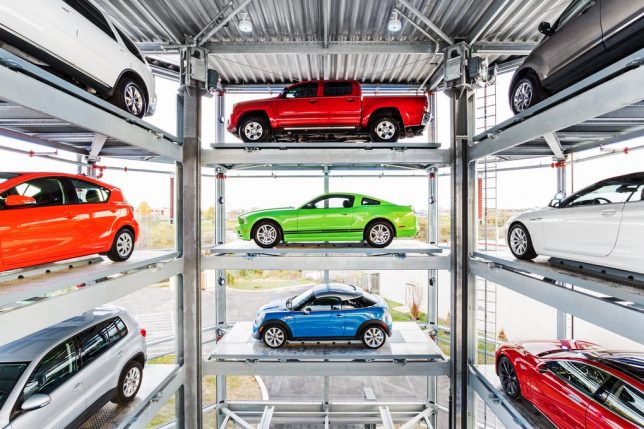 And while the towers aren’t quite as tall the effect is still pretty neat – modular platforms provide vehicles on demand from an array of sports cars, hatchbacks, minivans and trucks. 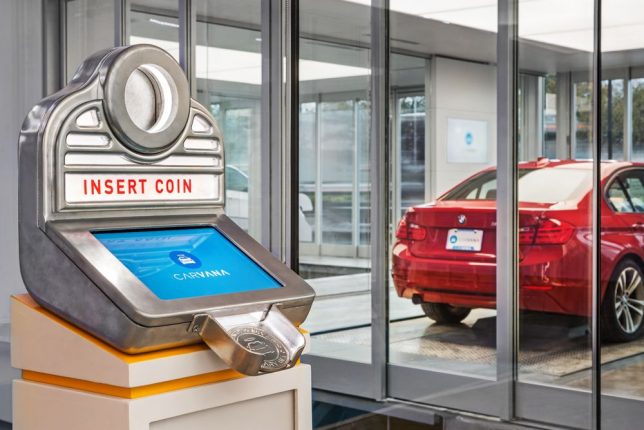 As a bonus for fans of quirky interactivity: their system operates even more like a vending machine – users are given a giant coin to insert, which lets them bring down the vehicle of their choice from the display racks above.