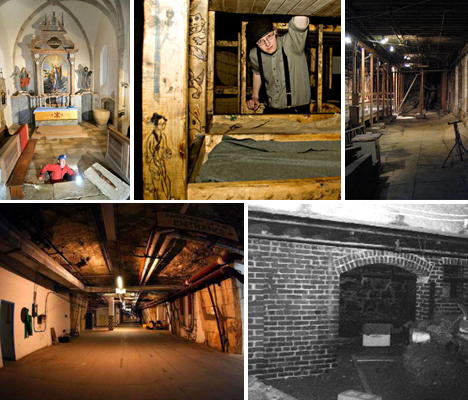 Subterranean spaces now silent, dank and cobwebbed once bustled with activity – often of the illicit variety – housing secret speakeasies, opium dens, bootlegging operations and hubs for human trafficking. Others were literally entire cities unto themselves, complete with roller skating rinks. Some are still a mystery, decades after their discovery. These 10 once-thriving underground complexes were abandoned for many years and nearly forgotten as the cities above them evolved. 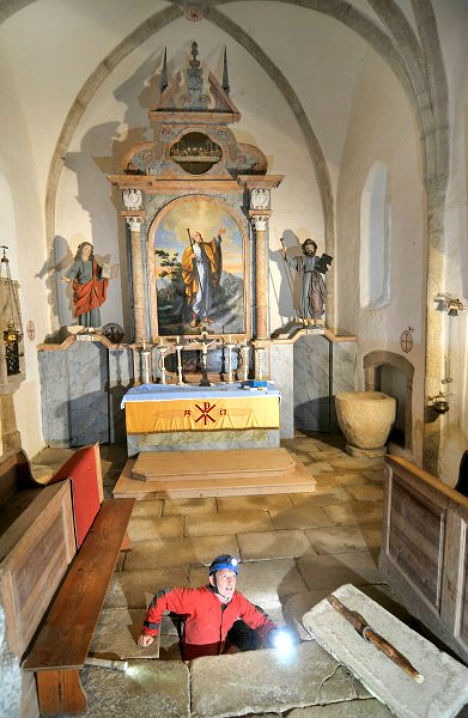 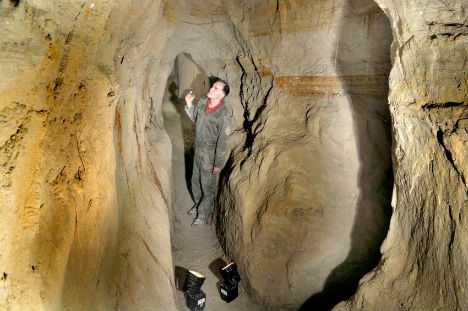 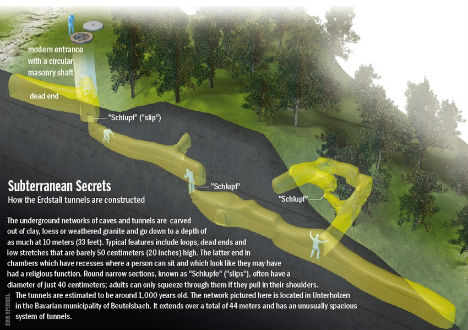 Nobody has any clue why a network of claustrophobic stone tunnels emerge into the kitchens of farmhouses, the aisles of churches and the center of cemeteries in a small town near Munich. The German state of Bavaria is packed with at least 700 such tunnel systems but perhaps none are so mysterious as the Erdstall, which was discovered when a grazing dairy cow suddenly fell into the earth, revealing an opening. The tunnels are uncomfortably cramped, leading to local legends that they were constructed by elves. Archaeologists have ruled out their use as storage space or livestock housing and have found very few artifacts inside, deepening the mystery. It’s believed that only about 10% of the total tunnel system has been explored. 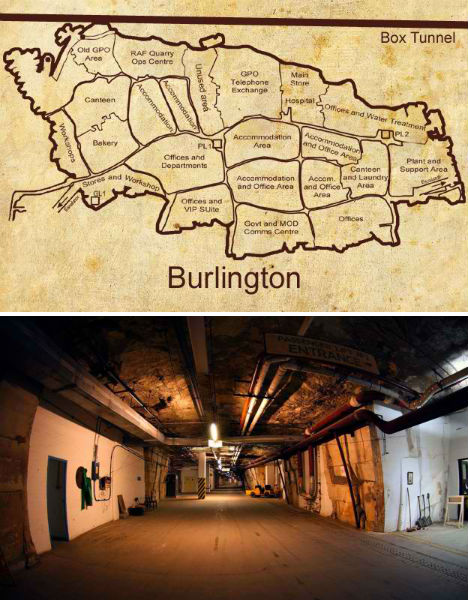 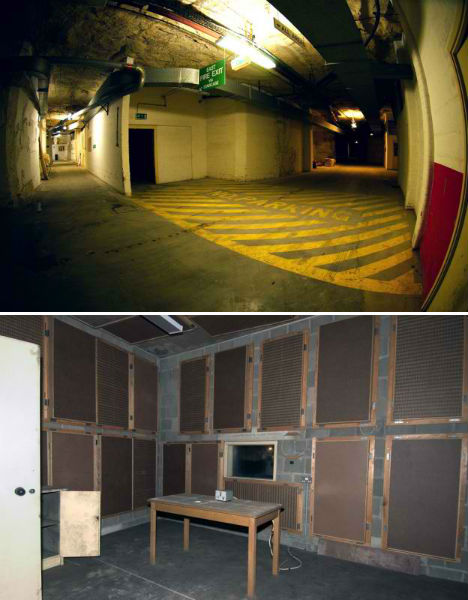 A secret rail line leads from London’s royal palaces directly to a nuclear blast-proof bunker with sixty miles of roadways and its own underground lake, about 100 feet below the small town of Corsham. Built in the ’50s to house 4,000 central Government employees during a nuclear strike, the Burlington Bunker is truly a city unto itself with kitchens, laundry facilities, its own pub and a communications hub from which the Prime Minister would have addressed the nation in the event of an attack. Capable of withstanding bombs, radiation and poison gas, it was designed to keep its inhabitants safe and healthy for a three-month stretch. But nobody outside those with the right level of clearance even knew this facility existed until 2004, when it was decommissioned. The walls are covered in murals, the kitchen equipment still seemingly ready to churn out food for hundreds at any moment, the beds dressed in white sheets and red pillows. Read more and see hundreds of photos at BBC. 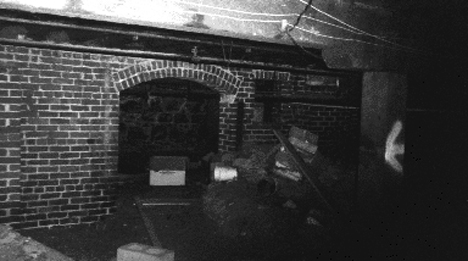 Unconscious men and women who had been drugged with opiates, knocked out or otherwise incapacitated were once carried through the dank tunnels leading from Portland, Oregon’s hotel and business basements out to the Willamette River at a rate of up to ten per day. The ‘Shanghai Tunnels‘ were initially built to keep ship equipment out of the rain and transport supplies to the city, but between 1850 and 1941, they were the shadowy setting for a booming slave trade. Portland became known as the “Forbidden City of the West” thanks to the ‘Shanghaiing’ trade, in which men were captured and sold to ship captains as slaves. But of course, women weren’t safe from the dangers, either: they were often kidnapped, sold and sent off to faraway cities to be held as sex slaves.

Most of these subterranean spaces have since been filled in as Portland has grown over the decades, and as far as anyone knows, there aren’t any that still lead to the waterfront. But the Cascade Geographic Society conducts tours of the parts that are still accessible, and is currently digging out new tunnels. 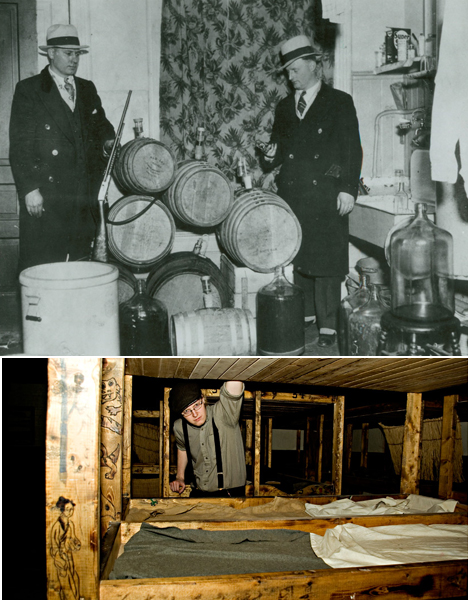 On the surface, the town of Moose Jaw doesn’t seem much different from many other historic small towns in Saskatchewan, Canada. But just beneath the pavement is a labyrinth of tunnels constructed during the late 19th century that ultimately became known as ‘Al Capone’s Hangout.’ They were originally built so building staff could move from one building to the next to keep the furnaces going in the frigid winters, but Chinese migrants escaping persecution during the Yellow Peril eventually moved into them and started their own little subterranean society. Sleeping three to a bed, they worked long hard hours for little money and soothed themselves with opium. Then, once prohibition hit, the town became a hub for rum-running, gambling and prostitution. The Al Capone reference comes from a legend that the mobster had interests in the bootlegging operations, but no written or photographic proof exists that he ever visited.

Today, the tunnels are open for tours year-round, though the living inhabitants have long since been replaced with animatronics, and the barrels of contraband booze with empty containers.