Who built the mysterious city beneath the streets of Leavenworth, Kansas, and why? Years after it was discovered during construction work, nobody knows. The strangest part is that this secret subterranean space isn’t just a network of tunnels – it’s block after block of actual storefronts, very similar to those built above-ground. The town appears to date back to the 1800s, and some have speculated that it was used for slavery or fugitives. Others wonder whether perhaps they were just the bottom stories of the above-ground architecture, which became hidden as the streets were built up over more than a century. Unfortunately, the residents of Leavenworth may never learn the true story of this fascinating historic space, as ongoing construction threatens to bury it forever. 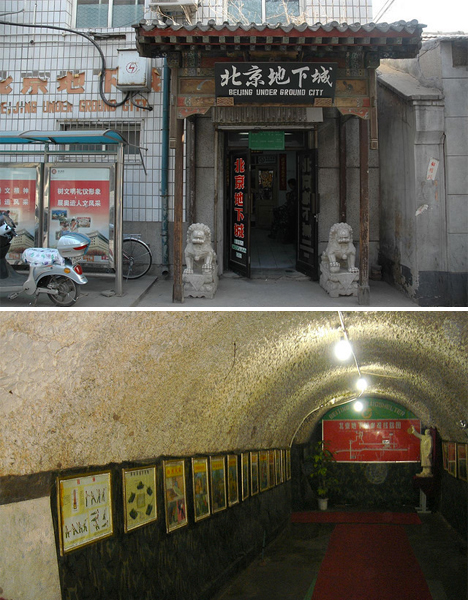 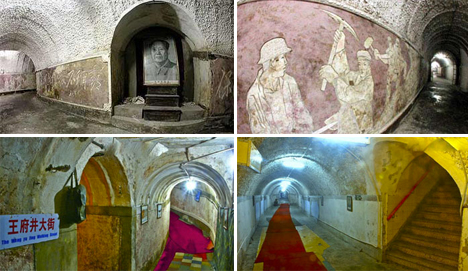 While some of China’s historic subterranean spaces have been renovated into (literal) underground bars, clubs and hotels, Beijing’s Underground City remains just as dark, damp and creepy as it was when it was genuinely abandoned. Built as a bomb shelter during the 1970s in anticipation of nuclear war with the Soviet Union, the complex of tunnels covering an area of 33 square miles includes restaurants, clinics, schools, theaters, factories, a roller skating rink, warehouses for grain and oil, and spaces for cultivating foods that require little light, like mushrooms. It has thick concrete doors and elaborate ventilation systems. Amazingly, the tunnels were mostly dug by hand by 300,000 local citizens, including young children. While it was maintained by the government over the decades, disuse and the time-capsule effect has lent the complex an unsettling air. An official tour of one small stretch of the city was offered between 2000 and 2008, but it has since been closed for renovation. 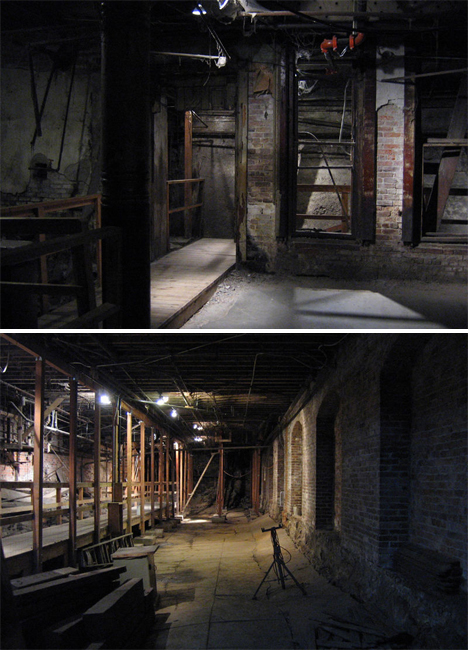 The growth – and vertical rise – of a city is the explanation for the dark, boarded-up spaces beneath Seattle. When the city was founded in the mid-19th century, these spaces were at ground level, and as the streets were elevated, they fell into disuse. The decision to raise the street level came about after the Great Seattle Fire of 1889 destroyed 31 blocks of the city. Seattle’s Pioneer Square had been built on filled-in tidelands that were prone to flooding, a recurring problem. So rather than rebuilding the lost structures as they were, city officials decided to regrade the streets one to two stories higher, burying the remnants of the original city. For a while during the transition, with streets from 8 to 32 feet higher than sidewalks, people had to take ladders up to cross the streets. Thus, a new form of death hit Seattle: 17 drunks fell to their deaths stepping off the streets and falling onto the sidewalks far below. For decades the remnant formerly-first-floor spaces below were used as gambling halls, opium dens, speakeasies or illegal flophouses for the homeless. A small section of Seattle Underground has been restored, with wooden boardwalks and railings added to accommodate tours.