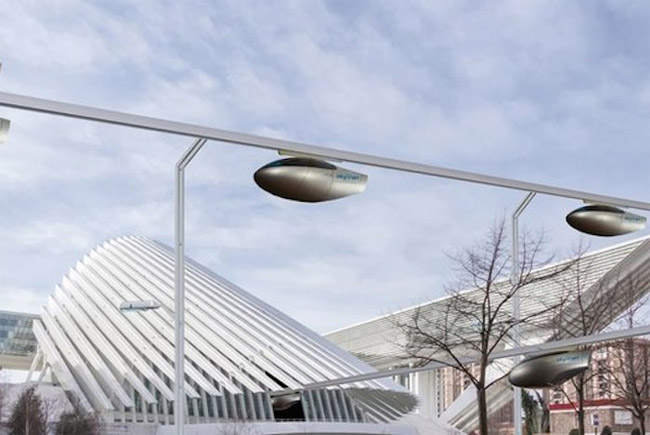 Two-person monorail pods zoom down from the sky at a command from your smart phone in a futuristic commercial transit system set to be installed in Israel. The on-demand system appears to be a realistic answer to the age-old objection lobbed against public transportation by lovers of the personal vehicle: buses, trains and subways don’t work around your own schedule. 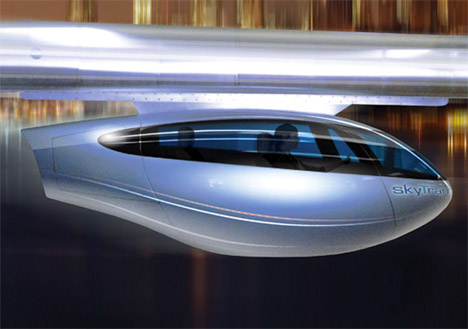 Not only can you just walk up to the monorail station and hop right onto your own personal pod without having to share your space with strangers – this monorail technology is far more advanced than a vehicle that the average person could ever own. And it’s not just a concept dazzling the internet for a few days before it’s forgotten, destined to someday become a laughable unrealized vision of the retro-future. Or so it seems. 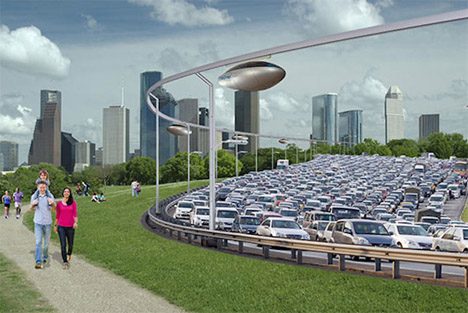 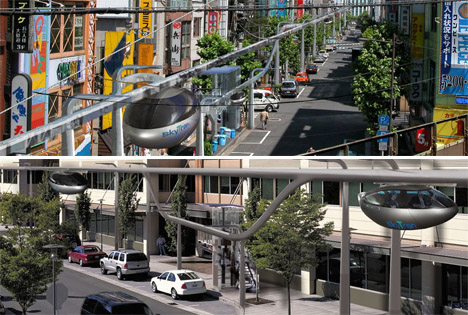 SkyTran Inc. has signed an agreement to build an actual high-speed levitating monorail system at the Israel Aerospace Industry campus in Lod, Israel. Suspended 20 feet above the ground, the hovering maglev-based monorail handily solves traffic problems by whizzing over the streets at high speeds. 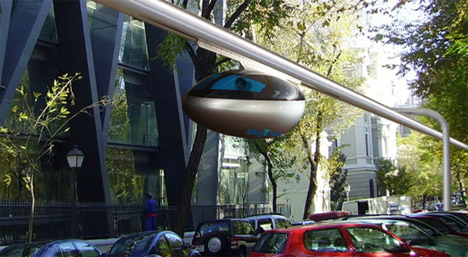 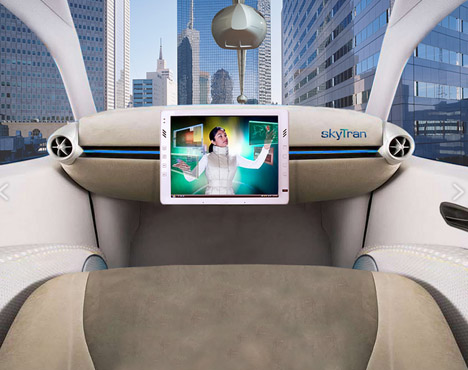 Of course, the question is, will it catch on? Plenty of cool ideas were constructed as temporary demonstrations, but were never actually reproduced for public use. It’s hard to say, but it’s an interesting compromise, and passive magnetic levitation technology is poised to become an efficient and sustainable way to get around big cities.